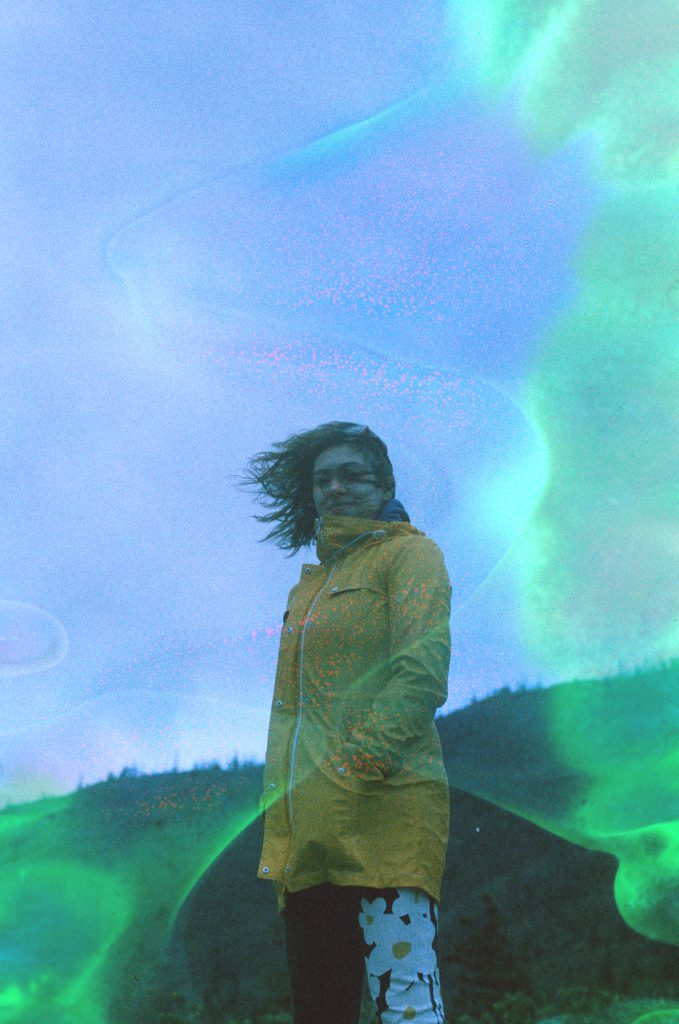 “The rule is to just make something. Make something that you can show other people. Don’t sit still and wait for someone else to tell you what to do. There are a lot of people that are willing to work harder than you. If you are sitting and waiting for someone to give you permission, then you are going to miss your shot.”

As a graduate of the Alabama School of Fine Arts, Kelsey Harrison has merged her background in visual art with her passion for storytelling. In addition to creating short films, she is a producer for Southern Living at Time Inc.

You have always had a focus on visual arts; how did you get involved in film?

I went to the Alabama School of Fine Arts. I did drawing, and painting, and fine visual art for six years. Then I thought, “I’m going to art school!” It was the only thing I had ever planned on doing. I applied to all of these schools and had only one backup. As it turns out, art school is really expensive. I ended up going to my backup school, which was Rhodes in Memphis. Rhodes made it happen for me. I already had all this art education. If I wasn’t going to art school to learn more, then I wanted to try something different. The next thing that I was always good at was writing, so I became an English major. Rhodes is also very expensive, so I ended up moving back to Birmingham after about a year. I got a lot out of being there a very little while, but it was much more economical for me to come back.

A lot of my English classes were related to film and television. When I was at Rhodes, I took several classes that overlapped with film narrative and digital media narrative. I was falling more and more in love with it. There is such a natural overlap between a visual arts background and a storytelling background.

When I came back to Birmingham, I took a few classes at UAB that were really instrumental. One was about cinema narrative. The other was a hands-on course where we got to make something. I submitted that project to Sidewalk Film Festival. From there, everything spiraled. My film was selected and won an award. Time Inc. recruited me to be an intern in the fall of 2015, while I was still in school. When I graduated, I became a full-time producer. But it all started as a school project.

Can you tell us a little about your role at Time Inc.?

My role at Time is all over the place. I shoot. I write scripts. I develop concepts. I book crews. I even edit. I do just about everything. When I first started, I was working with all of the Time Inc. brands and whatever advertisers they were working with. Now, I manage just Southern Living and all of their content. We are starting to do more short documentary style videos, in addition to all of our other social media videos. I get to be a part of all of that rather than just assignment-based. I’m positive that we will break over 1000 videos this year.

Time Inc. is such a great platform for education and training in the film industry. What other local resources are there?

We work with a lot of local talent, and we develop a lot of local talent. I feel really lucky to be able to recruit some of those people. The nature of the business in the last few years has been so fast paced. There is always more room to bring people in and develop talent.

The Alabama Film Incentives have been so helpful in keeping talent in Birmingham. I hope those never go away. We aren’t LA or New York, but it’s really amazing that we are able to do what we do better and cheaper than other places. That just means that there is going to be more and more work. I think Atlanta has seen that impact and grown because of that.

I think the south is so culturally rich. We have such diverse locations in Alabama and such a rich history. There is all this talent here. The more we invest in it, the bigger it is going to grow. I would have left if I had not gotten a job right out of college.

I also think Sidewalk has done a lot for the film industry. I have been blown away by the event that they put on. It is such a great experience. The quality of the films that they show and the quality of the people that they bring in is so fantastic.

Any words of wisdom for aspiring filmmakers?

Figure out a way to make it happen. When I made my first film, I had never made anything before. I had no idea what the rules were, and I broke them. I did it all by myself. I took a tripod out, and I made something with not even that great of a camera. You can’t let the idea of constraints keep you from working on something you are passionate about. Use the resources you have. It doesn’t matter how great your camera is. Use your phone.

The rule is to just make something. Make something that you can show other people. Don’t sit still and wait for someone else to tell you what to do. There are a lot of people that are willing to work harder than you. If you are sitting and waiting for someone to give you permission, then you are going to miss your shot.

Cherish your mentors, and do not take those resources for granted! My teachers and bosses are a huge part of why I’d never change anything about my education. When my bosses recruited me, they were taking a chance. I wasn’t very experienced, but they invested in developing and teaching me. I committed myself to learning everything I could from them. Having mentors has been a priceless asset to my whole career. Never tell yourself you know enough or know it all (unless you’re ready to plateau).