"When you know what you want, when you know who you are, regardless of the space, it makes it a lot easier to be able to navigate life and do what you need to do."
Interview by Meg Nelson
Images by Ambre Amari

Creative catalyst for change Cristal Laraé Brister brings more than 14 years of experience in arts, advocacy, and community building to the Birmingham community. She uses her talents to elevate the voices of those who haven’t traditionally been given center stage. Her latest endeavor is Scholars for Justice: A Legislative Theatre Event in collaboration with Breakthrough Birmingham. This week we spoke with Cristal about her passion for using her theatre practice to create spaces where people feel seen and heard and the potential for art to create social change. 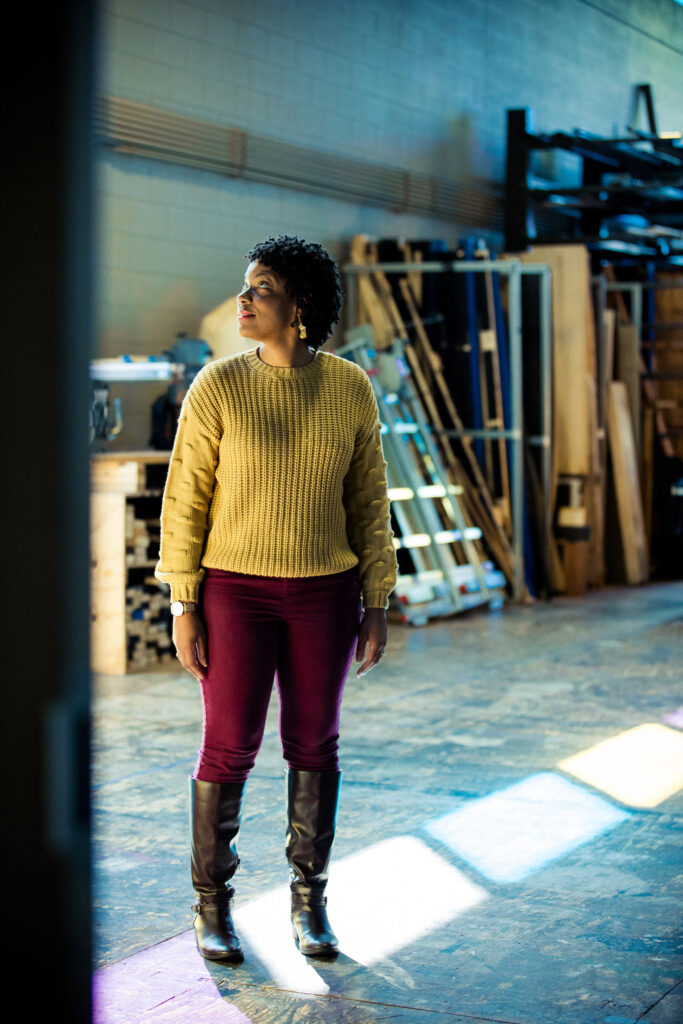 Cristal, your work encompasses both artistic practice and community advocacy. Your description of your role as a creative catalyst for change is compelling. What does that mean to you?

The word choice has been intentional and seems better than having a million hyphens! I’ve written some short plays in the past. I’m a playwright, I’m a theatre artist, I’m an applied theatre practitioner, I dance, I act. I’m also now a teaching artist for Birmingham City Schools through the Greater Birmingham Arts Education Collaborative. There are so many things in the mix.

I graduated from UAB with a degree in Theatre, and while theatre is my primary modality, I think the catalyst part speaks to the twofold nature of the work I do. That’s the social impact and the desire to see change in the community. I also have a background in the nonprofit world and youth development. I have worked a lot with under-resourced communities such as detention centers, group homes, and housing communities. I’m really interested in the intersection of arts and advocacy and policy. I’ve just always found theatre to be a powerful medium for that work.

For those unfamiliar with applied theatre, could you elaborate on that concept? 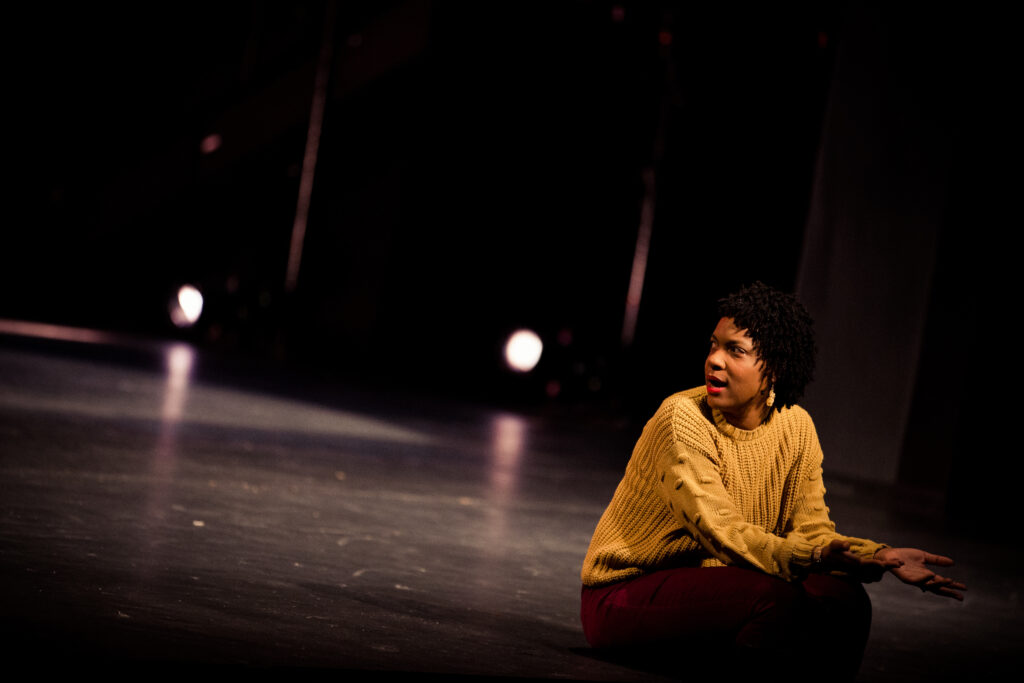 Applied theatre has a specific bend towards advocacy. It’s a vehicle for social change, and it usually takes place in unconventional settings. It’s a body of work that was developed by Brazilian dramatist and activist Augusto Boal, who eventually became a senator for the city of Rio de Janeiro and started using his work in the political space as legislative theatre, to get laws passed. It’s sometimes described as a rehearsal for the future. It’s getting reps in, if you will, on how we would navigate situations, brainstorming the things we want to see come to fruition in a theatrical way.

You have an event coming up that’s a great example of applied theatre. Can you tell us about the project?

In 2021, Breakthrough Birmingham and I were awarded a Cross-Sector Impact Grant through South Arts to collaborate on a new project called “Scholars for Justice: A Legislative Theatre Event.” Breakthrough Birmingham is a nonprofit that works to reverse educational inequity through year-round programs for middle and high school students. We’ve held weekly sessions with students from schools across Birmingham and Jefferson County to stage a student-created play that’s a vehicle for interacting with the broader Birmingham community – policymakers, community members, other students – with the ultimate goal of generating policy ideas by the students. The event is this Saturday, April 23rd at 11 am, hosted by Ramsay High School’s YMCA Youth & Government Club, and it includes an advocacy fair. 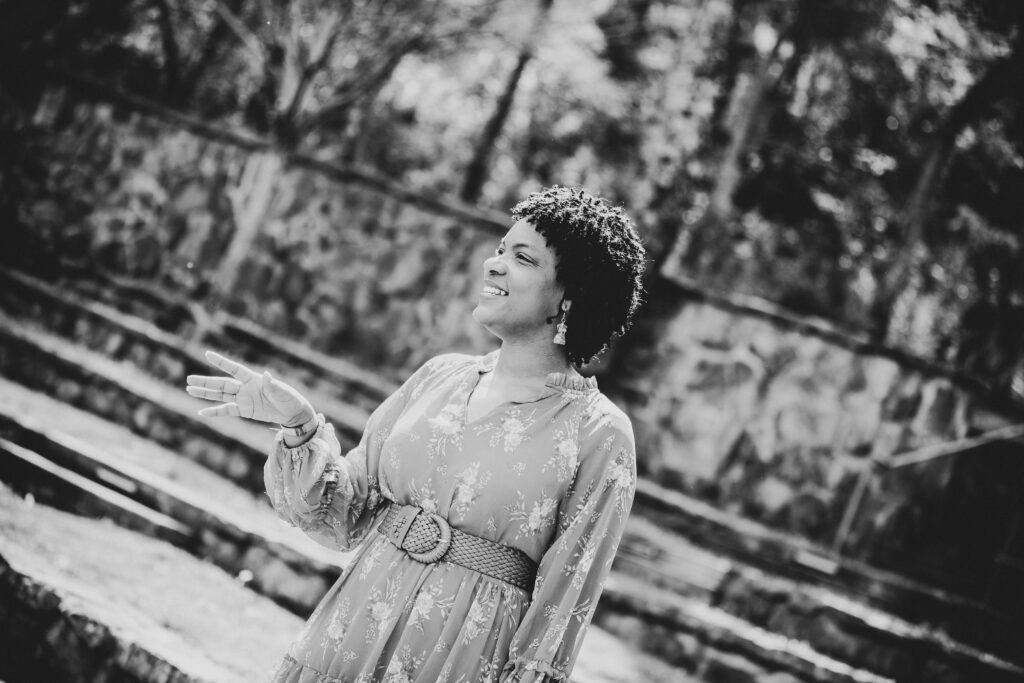 Through our sessions, the students identify a social justice issue of concern to them, and we’ll have a panel of experts at the event that are familiar with what it is the students are wanting to change. The audience is invited to watch the performance and then there will be an opportunity for people to go through it again several times, pause the action, and act out their own solution to what’s been shared. The audience will be invited to propose policies based on what they’ve seen, someone will come up and advocate for and against each one, and then we’ll vote on them. Then we’ll write up a policy report at the end saying “This is what the community is saying. This is what they are wanting and what are we going to do with this information?”

How have the events of the last two years impacted your journey as an artist and as an entrepreneur? 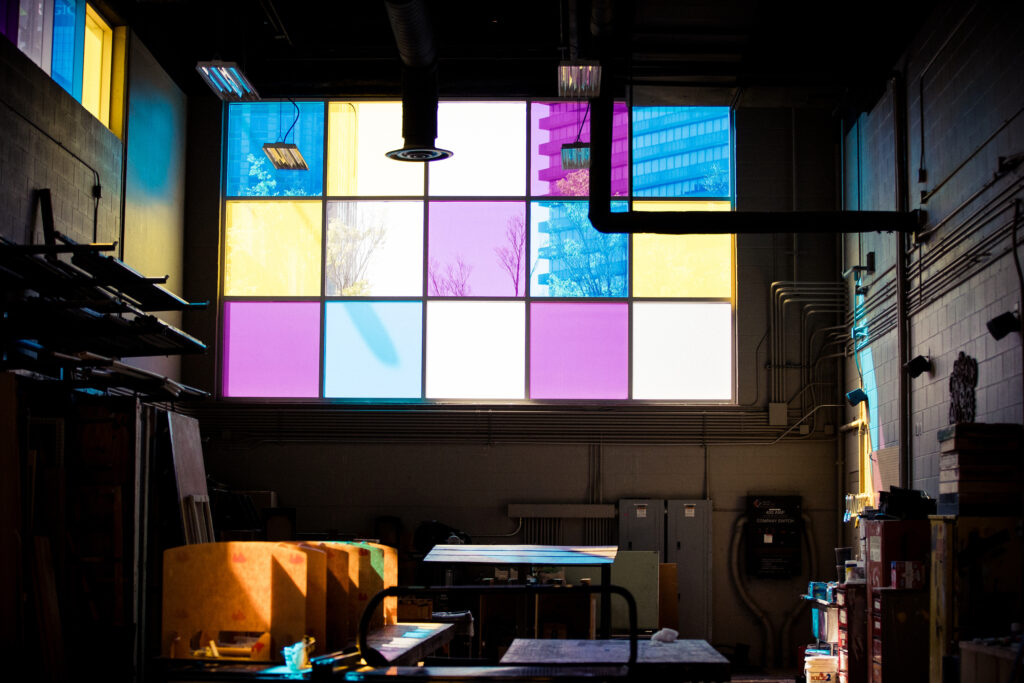 Getting laid off in the midst of the pandemic was a big turning point for me, and then going out on my own, there was the realization of “I am an artist.” And that may sound crazy because I have a degree in theatre, and I’ve done programming for kids for over a decade.I know I’m creative, but I never really considered myself an artist. I didn’t self-identify because there were other talents and because the social impact I want to see was important to me. And now, being in this space with consulting, I see that it’s just the way that my mind works. The way that I operate is so beneficial to the myriad of different projects that I’m working on, and I’m working with all the populations that I want to. There’s the realization that I can do it all, and I’m going to bet on myself.

With starting my company, Cristal Clear Strategies, it’s a more holistic thing. It’s elevated dialogue through creative connection. I don’t have all the answers, but I like to partner with individuals and organizations to create a container so that people can access the information they already have. I’m facilitating the process for you to access and excavate your own internal resources. And I feel like that is valuable because when you know what you want when you know who you are, regardless of the space, it makes it a lot easier to be able to navigate life and do what you need to do.