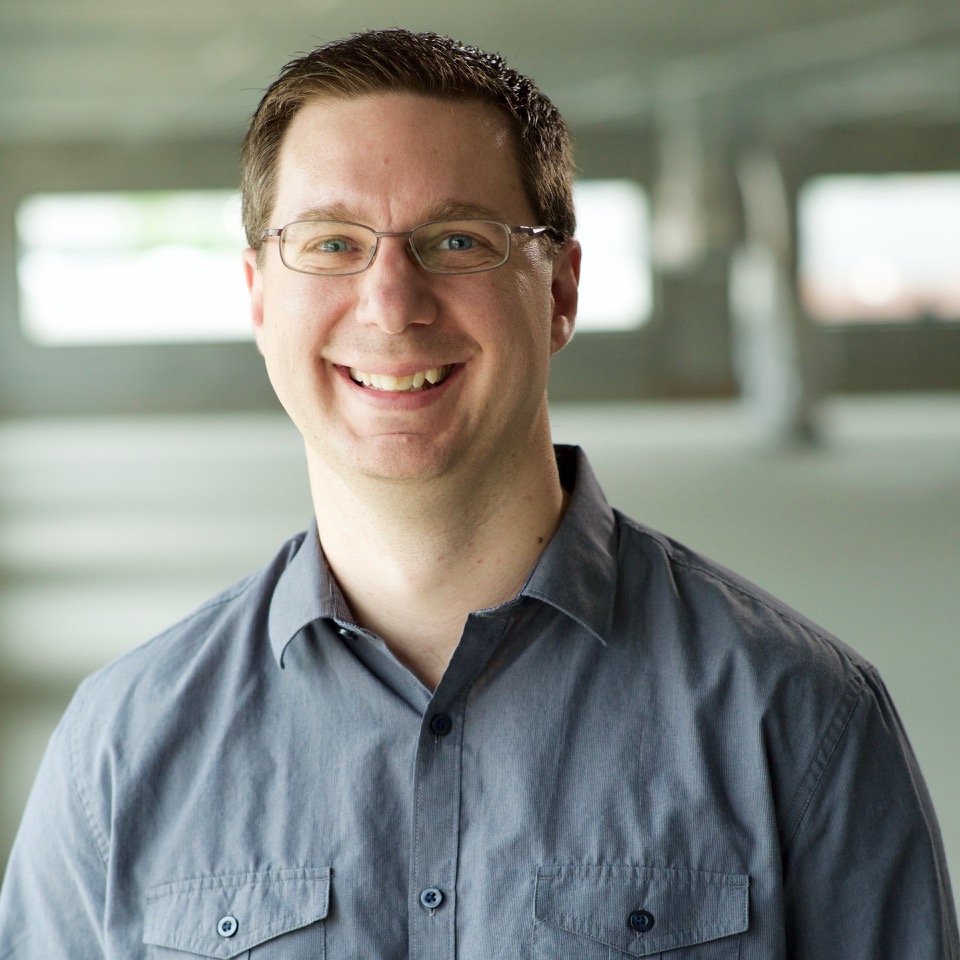 “Whatever you do — be all there! Don’t be a button-pusher. Anyone can do that. Dig deeper, and understand how something works, and even better, know why it works.”

Stephen Preston is CEO of Red Sky Studios. He spends his days finding new and innovative ways to tell stories and use modern technology to its fullest. Making complex things simple is where he really has a lot of fun.

Your personal area of production expertise is sound. How did you get started?

Growing up in North Carolina, we had a family band that traveled around. My brothers and sister all played instruments or sang, and someone had to figure out the sound side of things. I took the challenge to figure out what we needed, how to get it to work, and how to make it sound good. I give a lot of credit to the Mackie (1604) mixer manuals in the early 90’s for helping me understand not just to “push buttons” but to really dig into how and why sound works. From those small beginnings, the opportunities to use sound as an artistic medium to communicate, inspire and motivate people became both a responsibility and an honor.

Your career really took off as a result of a friendship with local filmmakers Jon and Andy Erwin. Can you describe the sense of community that was created on their movie sets and how that has evolved as the Erwin films have grown in scale?

I met Jon at college in upstate New York. He was creating a lot of videos for the school and some camps. I was running sound for a lot of concerts and live events and managing the college radio studio. We became great friends. He told me that he and his brother, Andy, made “silent” films, and they’d hire me as a member of their team, if they ever had the budget. In 2005, after college, Jon called with a project big enough that my wife and I moved to Alabama. That’s when I began my journey into sound for motion pictures. It started with The Cross and the Towers, a documentary about 9/11. It was the first time I had to “fit” sound with video and the environment. My initial sound design work for documentaries and promotional videos led me, over about a twelve year period, to serve as Sound Mixer and Sound Designer on over 25 feature films, television shows and short films.

In the beginning, the Erwin Brothers sets could be chaotic at times. No one had gone to school for filmmaking. What we didn’t know we made up for with ingenuity and creativity. Everyone on the crew had a can-do attitude, and together we figured out how to get the shot. In 2009, we worked on a TV show pilot that Jon and Andy created called Alumni. By then, we were able to hire more skilled people to bolster the original group of people who were still involved. That allowed the core group to specialize and develop skills in areas like grip, electric, camera and sound. In 2011, the Erwins’ first feature film began — October Baby. It did very well in theaters and was the first film to take advantage of the new State film incentives.

On every project, Jon and Andy strive to do something bigger, better and different than what they’ve done in the past. Through October Baby, Moms’ Night Out, Woodlawn, and I Can Only Imagine, they have been loyal to the people that have helped them tell their stories. From the early days of being in the trenches together to filming I Can Only Imagine this past winter with them, it’s been a constant opportunity for growth and fun (and a little bit of a roller coaster ride) along the way.

The opportunities for learning and growth you experienced in working with the Erwin Brothers eventually led to your own venture – Red Sky Studios. In layman’s terms, what does RSS do?

We launched Red Sky Studios in 2014, our first project being the Erwin Brothers’ film Woodlawn. All of our team worked as part of that production crew in different roles, and several of us ran departments. When the cameras stopped rolling, our work continued with the post production processes of assisting with the edit, sound, color and visual effects of the movie. We also had a team dedicated to just producing marketing content for the film — hundreds of videos to target specific markets.

Simply put, Red Sky Studios exists to tell engaging stories to the world. Sometimes that is through production on set and other times it is in our studios meeting the technical needs that a feature film or television show may have. We are that additional arm that can surround a filmmaker’s idea and make it a reality.

Red Sky created a commercial that received a huge amount of attention. That must have been a rollercoaster ride.

In late 2015, one of our employees asked if we could put together a 30-second commercial for the “Crash the Super Bowl” contest. We only had a couple of weeks before the submission deadline, and he had several great ideas. As a creative team, we took his ideas, added more, and together came up with an amazing concept. We pulled off filming with our team, local actors, the park at Mt. Laurel, a few volunteers and almost no budget. The lack of budget pushed us to a place of serious creativity and the freedom to do something new and different. Filming took just one day. Including editing, sound, color and visual effects, post-production was only about two weeks.

We ended up receiving a Top Five placement but didn’t make the top three that were aired during the Super Bowl. Still, it was a big hit with advertising agencies and put us on the map for helping them with future creative advertising concepts.

You can check out the video here.

According to Stephen, no actors were harmed in the making of this commercial.

What are you working on now, and what would you like to be doing more of five years from now?

We’re currently working on the sound design for Steve McQueen: American Icon, which will be in theaters across the country on September 28. It’s a fantastic film. See the trailer here. There are many other projects in various stages of development that I’m not able to discuss at this point. Stay tuned!

I’ve been involved in the entertainment business now for over 20 years. The tools of the trade have advanced with the digital age and simplified many processes that used to take forever. Computers, visual effects, and high resolution digital cameras have changed the game in a lot of ways. Technology and recent demands for content on new media platforms have been driving forces in an age of lazy storytelling and blockbuster “popcorn” movies.

So, five years from now, I hope Red Sky is doing much more original content creation. We want to get back to the timeless stories that can impact and change lives. We’re in active development on a number of these ideas, and we look forward to telling our own stories while continuing to come alongside others and help them.

How about a word of advice for future filmmakers?

Be “all in.” Whatever you do — be all there! Don’t be a button-pusher. Anyone can do that. Dig deeper, and understand how something works, and even better, know why it works. Those deeper understandings will help you rise above the status quo, almost like a super-power. Don’t be content with a 9-5 job — go live your dream!