"When you’re shooting passively on the phone, you can be taking pictures, but when you have a film camera, you’re photographing actively. It’s the activity you're doing. Similar to the rise of vinyl records. I'm listening to music. That’s the activity." Jacob Patrick
Interview by Meghann Bridgeman
Photos by Ambre Amari

Jacob and Jordan launched Electra Film Lab this February and opened their shop on October 25. After a lot of experimenting and process perfecting, they’re now developing film for the public and are excited to offer this service locally. They’ve been met with a lot of support from the local photography community, and we were excited to sit down with them to learn more. 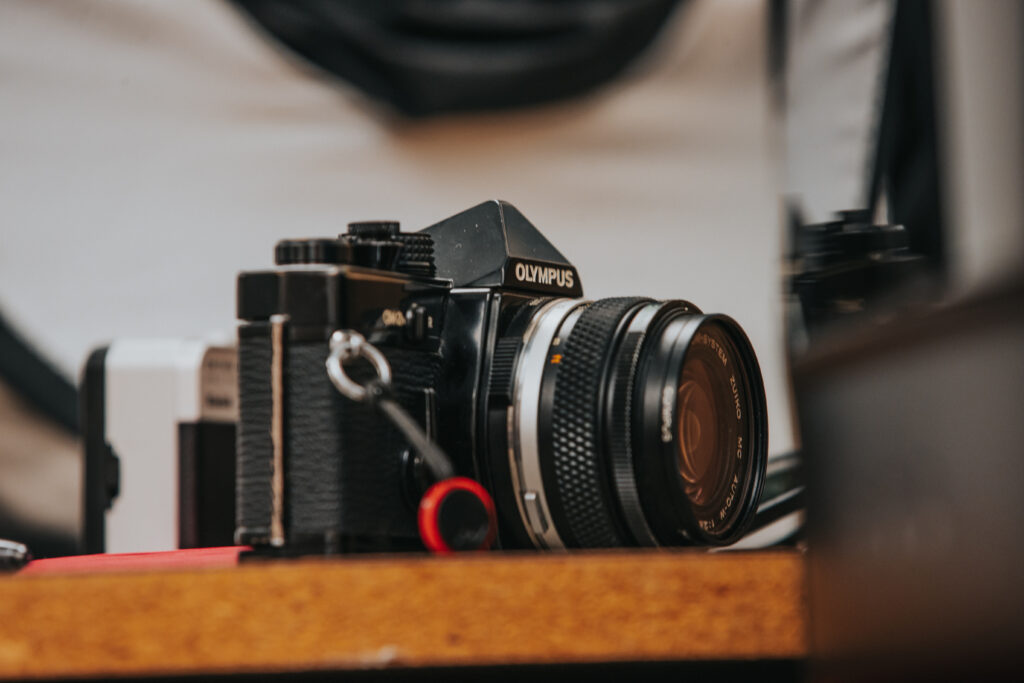 Before we dive into this new venture, tell us about your friendship and how you discovered your shared love of photography.

Jacob: We met in middle school or high school when we were about 14 years old, and we both grew up in Pinson. I really started getting into film in college. I went to Auburn for fine arts and did mainly photography. I then moved up to medium and large format and really fell in love with larger formats.

Jordan: I actually took it up as a teenager and did not study film in college. I’ve been in the tech industry for many years, working for Apple for the past eight and a half years. My daughter’s birth actually prompted me to get back into photography a few years ago. I went back to film, which I love more than digital. And around 2020 I realized there wasn’t any way to develop or buy film locally anymore. 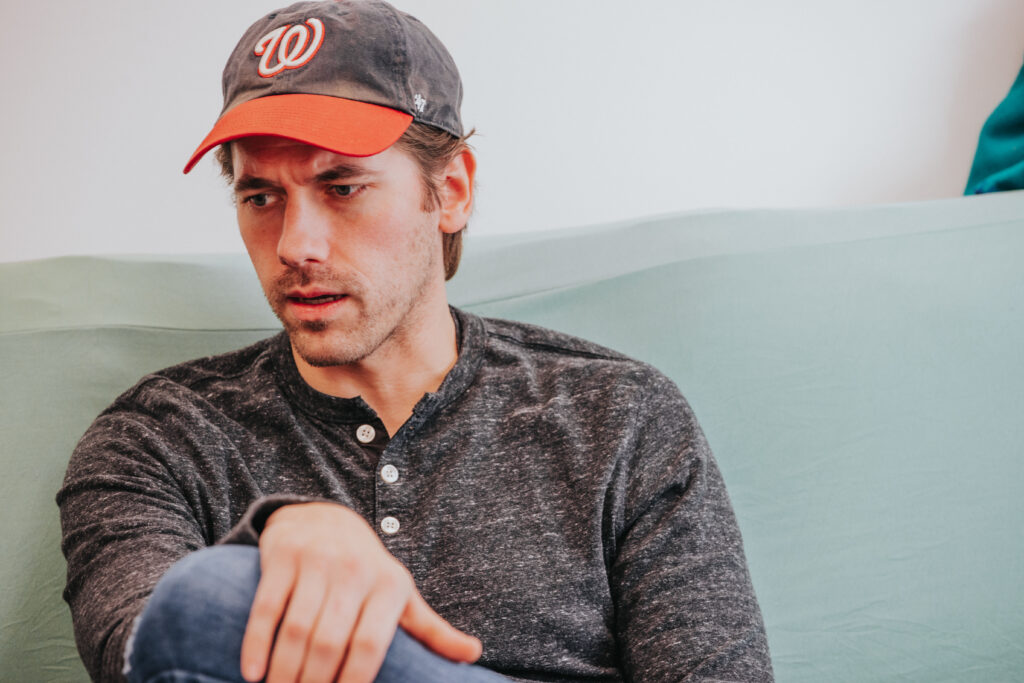 Jacob: I’ve actually spent most of my career bartending, which has afforded me enough money and free time to pursue things I’m interested in. I’ve been dabbling throughout the years, but Jordan and I reconnected through film during the pandemic, by meeting up to take pictures together. Those photo outings are what gave Jordan the opportunity to share his idea of launching a local film lab.

Did you initially love film photography? How did you discover it?

Jordan: Although I grew up with film, I shifted away from it, to digital, in high school. But I’ve returned to film because there is something about taking the physical image and having that negative. A little bit of nostalgia, I think. Creatively I feel like film is more fun and more interesting to shoot.

Jacob: I definitely started shooting with a digital camera, but the workflow of film is what I really loved. It’s nice to put distance between editing and creating a new image. Film really separates those two processes. You can more accurately judge the image for the image’s sake, and that workflow really appealed to me because it’s less about the process of creation and more about the image. 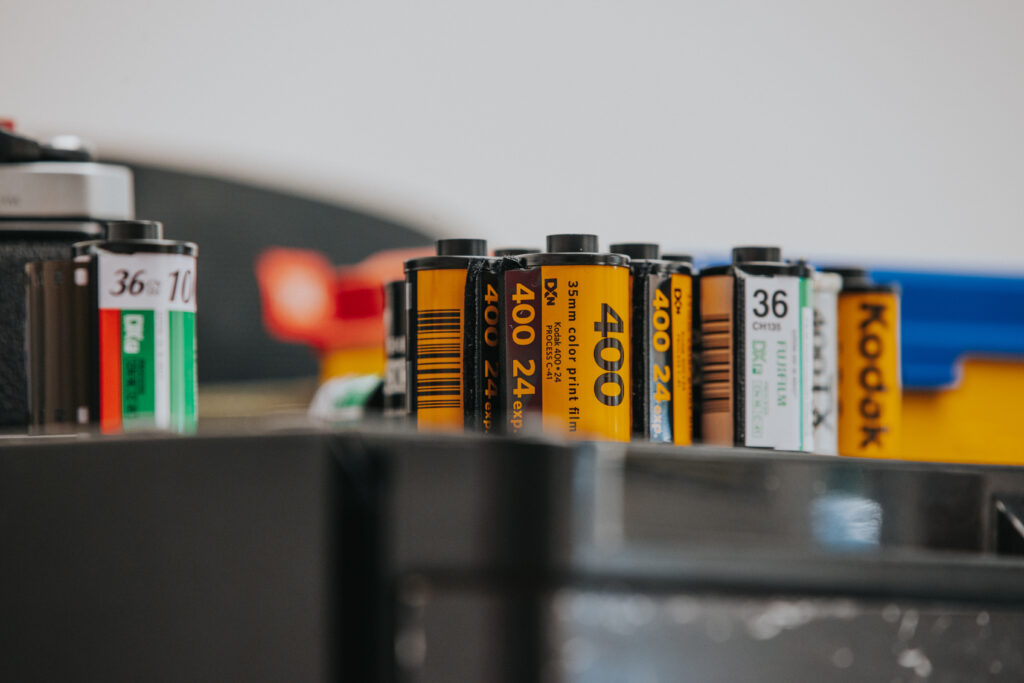 It’s a process-oriented art form. You have to understand it all the way through, but I’m most interested in image-making. I get to do all the processing stuff, but then I get the final image that I’m moving towards. You start with an idea and end with an image, and everything is mechanical in between. For some people, the process is as important as the image.

Jordan: Yeah. We’re opposite in a lot of ways. I’m a gearhead. He’s a better photographer than I am, but I’m way more into the gear.

Outside of film’s artistic merit, you guys have emphasized the ability of film to force the person behind the camera to be thoughtful and present. I love that sentiment and think it’s particularly poignant in our time. Does that intentionality influence other areas of your life?

Jacob: I’d like it to more than it does. 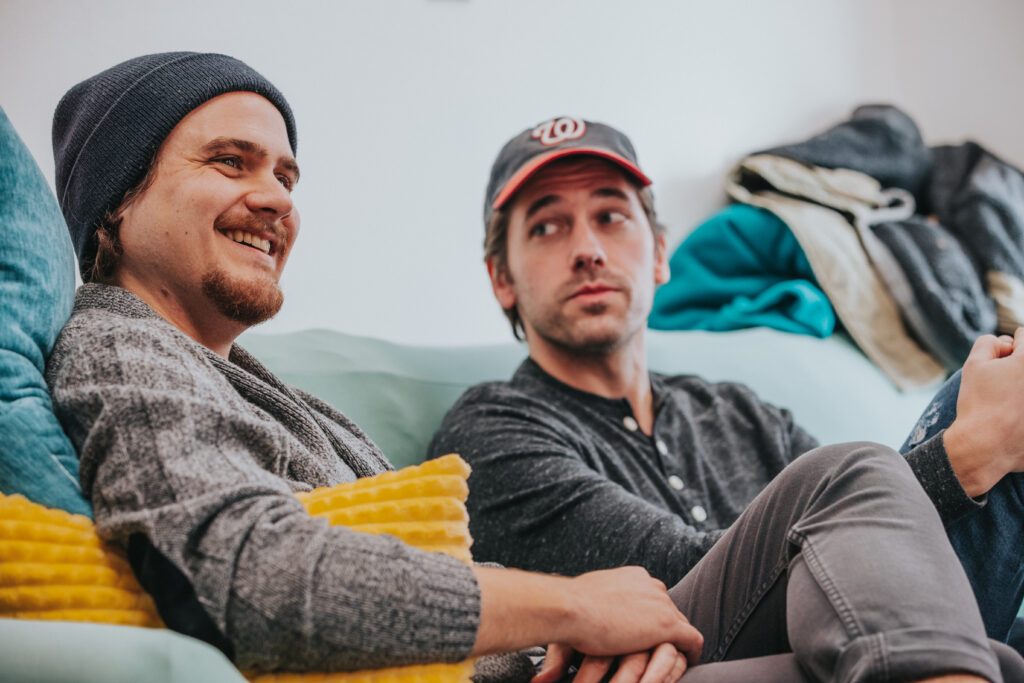 Jordan: Taking a picture on film, especially of my daughter, helps me be in that moment because you have fewer shots. Instead of taking 100 on my phone and forgetting 90 of them, I’m paying more attention to what’s happening around me at that time to capture something great.

Jacob: When you’re shooting passively on the phone, you can be taking pictures, but when you have a film camera, you’re photographing actively. It’s the activity you’re doing. Similar to the rise of vinyl records. I’m listening to music. That’s an activity. It’s so appealing, isn’t it? Doing something intentionally and not just because you have it at your fingertips.

Jordan: I agree. If I take a film camera, it means I’m taking it out for a specific reason I want to remember. 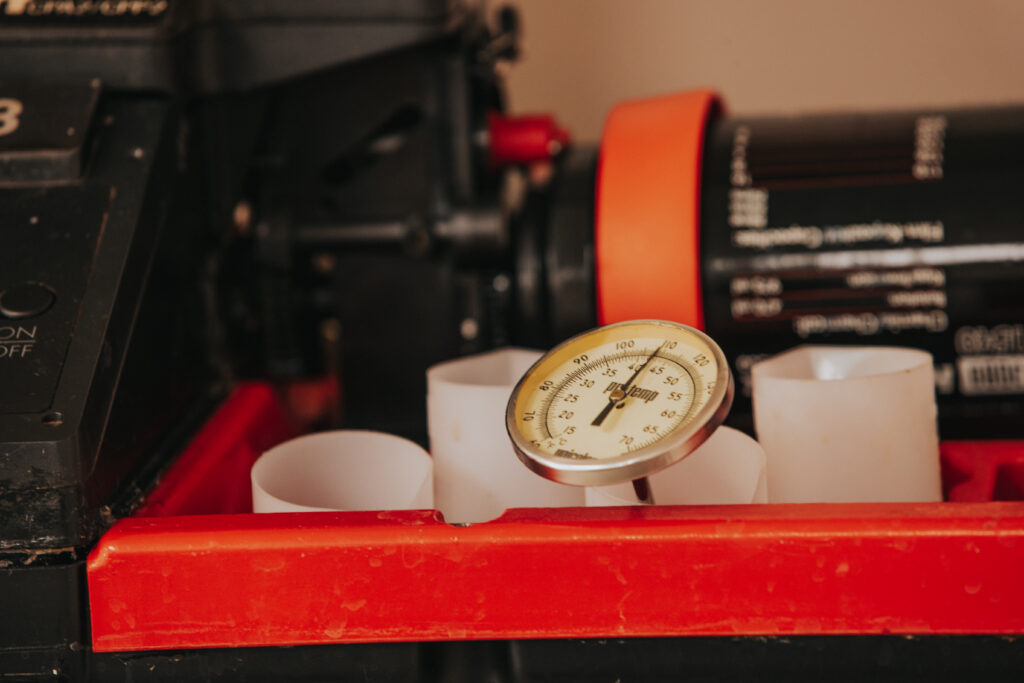 Let’s talk about the lab. It’s fun to imagine some moody hipster dark room where you guys artfully bring one photo at a time to life. Is that the reality?

Jordan: No. It started in the bathroom at home, actually. And we were lucky to find a dedicated space outside of home to move into and develop. A lot of tedious work and cleaning goes into film developing. And we actually don’t do any darkroom stuff. We do transfer film photos to digital images, though, so they can be shared.

I handle development, and Jake does scanning and correcting of digital files. The development is fun. I like taking developed film and unrolling it. It’s exciting to see the images unfold.

Jacob: Yeah. It’s never not exciting when you roll out film, and there are images there. I understand the chemical process of developing film, but it always seems like magic. 90% of this job is set up and breakdown. Developing and scanning is really the middle part. The prep and cleanup reminds me a bit of kitchen work. 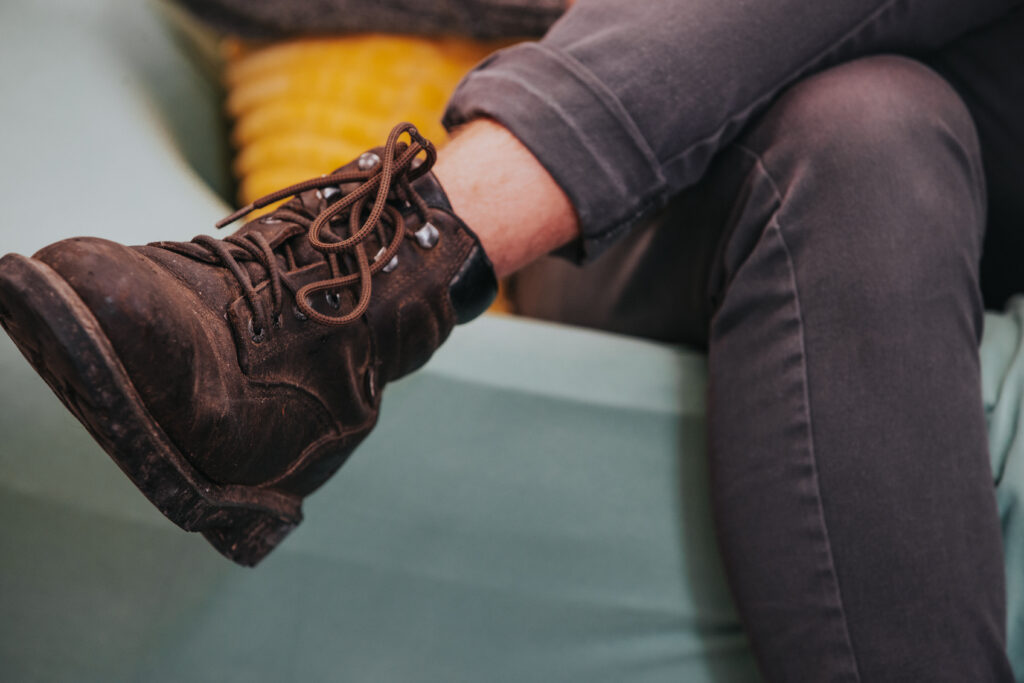 Jordan: Yes. But that’s so rewarding when you see the images come to life.

Jacob: We scan every image unless folks want us to develop them only. We don’t scan 120 yet, but we hope to accommodate that soon. We love medium format, and I love shooting large format. Hopefully, there will be a market for it.

Jake: I think working with film is less mysterious than people think it is. People would be demystified if they saw it.

I’m curious to know if you see any particular generation leaning into film photography.

Jordan: It’s interesting. A lot of people who didn’t grow up with film cameras seem to be getting into it now. I don’t know if it’s because they grew up in a digital world, and they’re curious about it, but that’s a pretty large majority of people we work with. 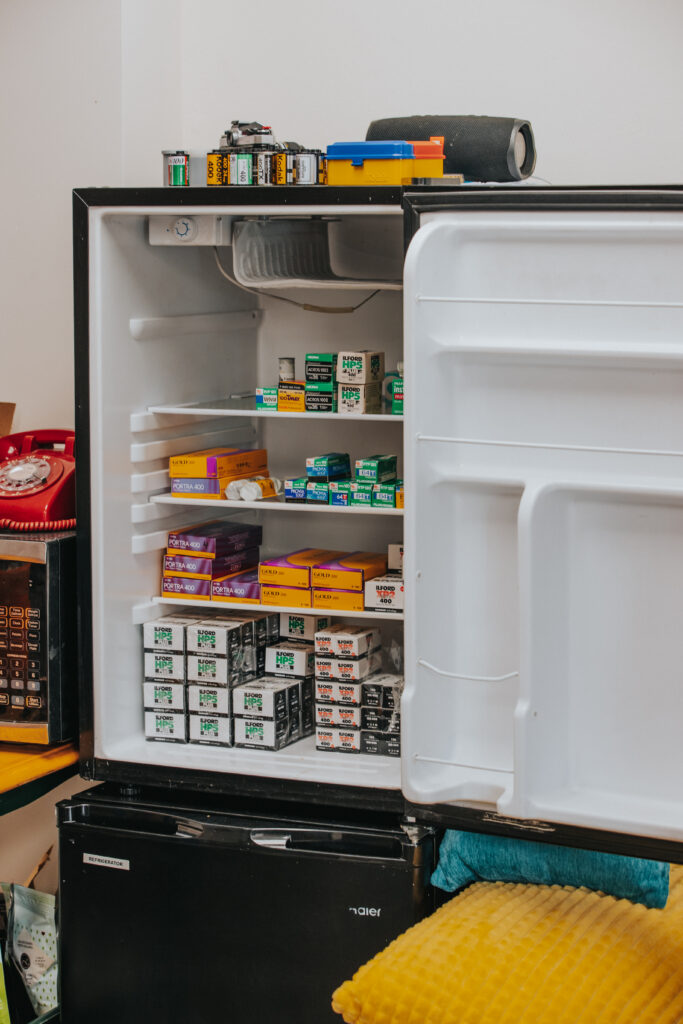 Jacob: We’ve had a few people who actually never transitioned to digital and are stunned by the resurgence of film and how expensive the equipment is now.

Jordan: I’m actually color blind, so I really like black and white. It’s a perfect way for me to shoot. I also develop all black and white by hand, which I find to be very rewarding.

Sometimes when people monetize their creative talent, it warps into something that’s no longer pleasurable. You’re new on this journey, but any concerns about that possibility?

Jacob: Film development doesn’t really overlap with the artistic process. That’s why I’m not a photographer for a living.

Jordan: Yeah, I feel the same. Film development is a tangent of that. My passion is photography. And because it’s my passion, I don’t plan on doing it to make a living. I don’t want to lose the joy. And I still enjoy film development, but it’s not my creative passion. I’ll leave photography for myself.

Jacob: Plus, I’d have to be a more competent photographer to make a living at it. 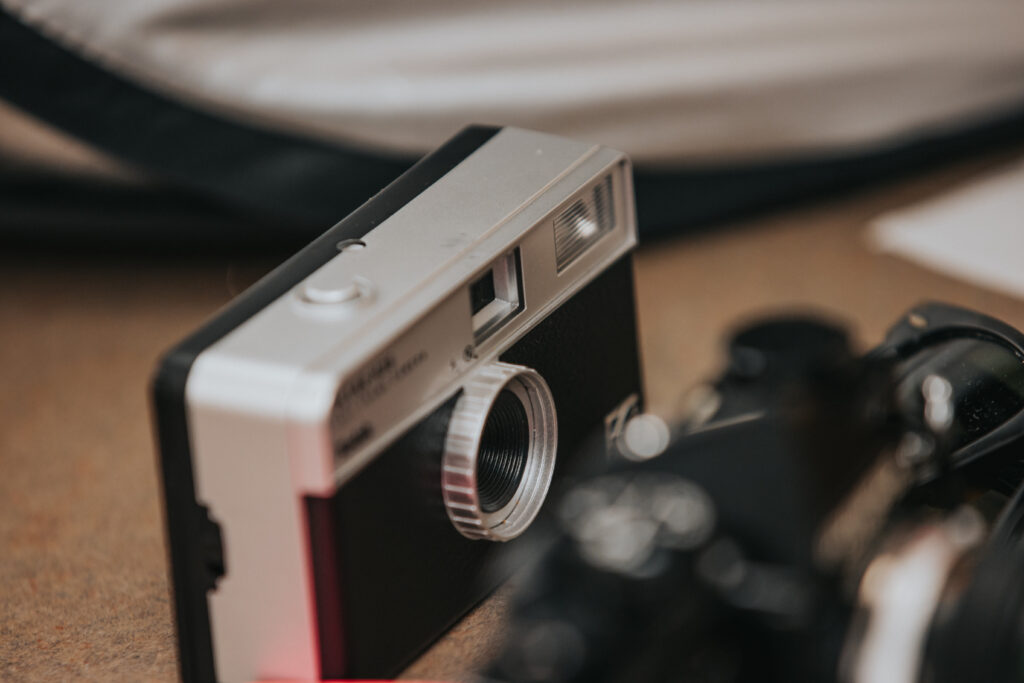 And finally, for novice photographers who have an interest in working with film, what are a few accessible, low-cost tools you recommend?

Jordan: Black and white film is still cheap and available. I like it and recommend it.

Cheap point-and-shoot or disposables are a great way to start. Especially while much of the film gear is unobtainable.

Jacob: The older SLRs that are purely mechanical are on the cheap side. Those could be a little scary for a new photographer, but it’s the best way to really learn.

And for an early photographer, I’d say, just shoot through a roll on a walk with the cheapest film and just practice.

Jordan: If you’re learning, take the pressure off, and you’ll get better as you go.

And once you get to the point where you know how you want your shadows etc., you’ll see that oftentimes you outsmart your camera’s light meter.

Jacob: You can learn anything on YouTube. There is so much online. Really learning the correlation between aperture and shutter speed, so you understand the multiple ways to get a correct exposure. They don’t produce the same image, but they’re both correct. You can get as deep in the weeds as you want to, but you don’t have to. That’s why people love point-and-shoots. It doesn’t have to be super technical or artful. People overcomplicate it a lot, but that shouldn’t be a barrier.

Connect with Jacob & Jordan at electrafilmlab.com.