"I'm immediately invested in people's success. Everything that I already am has helped me help others. At Create Birmingham, it's just been improved because now I feel like I know more people to connect you to."

Jessica Moody, who joined Create Birmingham in 2011, has long been known for her collaborative creative work and leadership across the City. She has supported so many of Birmingham’s successful creative entrepreneurs and business owners. She also makes the magic happen behind the scenes, so programs, events, and information are easily accessed and utilized. In the midst of it all, we were able to sit down and talk about her work and what drives her to be a leader in our creative community. 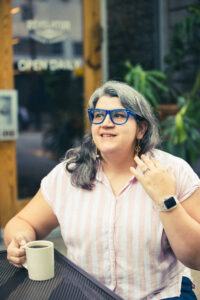 Jessica, there’s a lot to dive into, but let’s start with your journey at Create. How have you seen the organization change, and what have been the highlights along the way?

Create Birmingham actually changed pretty quickly as soon as I dove in. Only a few months after starting, we launched the Creative Industry study. The goal was to research creative industries in this region more broadly, although we weren’t sure where it’d take us. And it led us to this intersection of nonprofit and for-profit creative business building that we still do today. In 2014, upon completing the study, we changed our name from the Cultural Alliance of Greater Birmingham to Create Birmingham.

We really shifted our role as an organization. We’ve always had this idea- that we identify holes in the market, and we step in quickly and fill them.

When we started doing the Creative industry study, we did huge focus groups because we wanted to bring people together across industries and subsectors and actively listen to them. We were there to learn from them. From those conversations, we could find the new focus of our work. Even now, I’ve loved seeing how our entrepreneurial support services have changed in response to community needs and conversations.

The biggest highlight is seeing a list of folks succeeding and knowing how many are CO.STARTERS graduates. The relationships forming and success of all the graduates makes me super proud… almost like a proud mother moment. 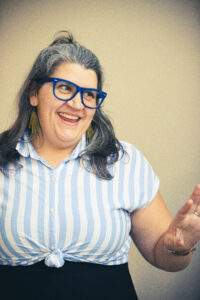 You strive to offer varied programs and services that really meet creative entrepreneurs where they are. What’s the most consistent struggle you encounter when supporting creatives? And if you had to name one or two of your favorite Create Birmingham offerings, what would they be?

The most common struggle I see consistently is a lack of confidence. And that means they don’t price their work high enough, or they just don’t know if they’re going in the right direction. Something I have to be reminded of, and remind others of, is that we have to be true and authentic to ourselves. When we try to fit in someone else’s box, or something that we aren’t, it comes across as inauthentic. So when we are true to our authentic selves, that’s where success and growth comes from. So, again and again, these problems pop up, either a lack of confidence to price and promote or they aren’t authentically expressing themselves.

In response to that, I’ve gotten good at honing in on these common struggles and can work to build confidence or encourage folks to raise prices.

I love the CO.STARTERS program as a whole! There isn’t anything that replicates sharing that learning experience with a room full of fellow entrepreneurs. There is something really refreshing and validating about sharing a space with people who are going through the same experience. It’s so much more than technical assistance; it’s about joining a community.

Another one of my favorites is Create Foundations. We actually transitioned it to a self-paced workshop, and I think it’s one of my favorite things we’ve done just because it’s been so helpful. We launched it at the beginning of the pandemic, and it provided people with immediate assistance. 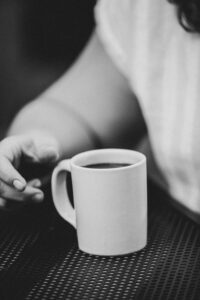 I love coffee with Jessica too, but probably more so because it fills my own need for community.

Through Film Birmingham, you’ve had a front-row seat to the pre-pandemic film boom in Birmingham and what seems to be a recovering industry making its way back to our City. What’s your hope for Film in Birmingham, and what can we do as a community to succeed?

Continuing to bring productions back here is the biggest thing we can do. We have a good crew base, but we need to work on growing it. We saw people finding work in Atlanta and Nashville, so I’d love it if they’d stay. We have to have a steady rotation of films here to support them. We also need to train department heads and a broader talent basis.

The state could expand the incentive pool. I’d also love to see infrastructure that encourages films to come here. Ease of structural support in addition to tax incentives will make Birmingham much more desirable. 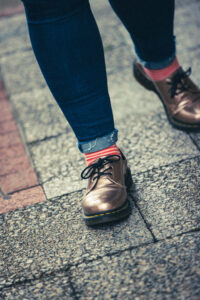 People may or may not know that you’re one of those rare right/left brain people who can delve into artistic and analytical work in equal measure. Can you tell us a little bit about your arts background in college and how that informs your work today?

I’ve always been a creative person. I grew up with those two people – one left and one right. My dad was an incredibly artistic person. He’d literally pick up bark and start drawing on it. One time, while we were on a trip to Hawaii, he drew on a coconut, put stamps on it, and mailed it back as a postcard to my fifth-grade class. And my mom is incredibly organized and analytical – so I grew up in an environment where I did hands-on artsy stuff and also went through mathematical formulas.

In college, I didn’t know what I wanted to do and ended up taking a lot of art classes. That helped me see what it was like to be an artist, but I didn’t really grab onto any tangibles that would have allowed me to make arts a career or business venture.

Outside of that, I do love a good spreadsheet. So much so that I now spend time teaching my six-year-old daughter how to use a spreadsheet. Math doesn’t lie. So instead of fearing the truth behind numbers on paper, in ordered spreadsheet form, I think there is something nice about seeing it all in front of you that actually enables you to find a good creative solution. Aspirational and analytical. 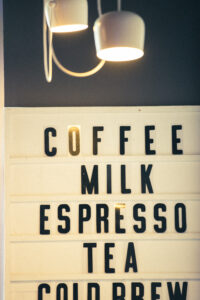 In addition to all the things at Create, you also manage to squeeze in some pretty impressive crafting! What are you into? Have you ever thought about spinning off one of your crafting hobbies into a small business of your own?

I also like quilting too, probably because I get to work through the planning process of quilt design and measurement. It feeds the analytical side of my brain, but I’ve been doing some impromptu quilting, too. I don’t like throwing things away. So I’m using lots of thin pieces of fabric and piecing them together as I go to make pillows etc. At one point I was making zipper pouches I called “no diggity” and sold a few of those.

As far as spinning off into a business, I like to be creative for creative sake. I like the act of creating just to see it come to fruition. I like gifting happiness. I love to gift homemade goods, and I’m glad our house is well stocked for creativity.

Finally, I think most people would identify you as a connector in Birmingham. You know a lot of folks with a lot of skills. Has that trait followed you through your education and early career? Or was it developed through the years at Create Birmingham?

I think I’ve always been a connector. Growing up, we were the last people to leave church. My entire life, I’ve been chatty. In fact, I used to get in trouble in elementary school for having a “talking problem.” My mom actually stood up for me and told my teachers that it wasn’t a problem; it was a gift. 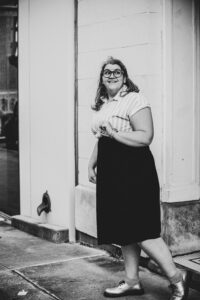 I’m good at listening and responding too. When people need to talk about their problems, I am always the one to listen. I won’t tell you what you want to hear. I won’t sugarcoat it. I will always be the voice of reason, and if I can’t help, I will always connect you with someone who can.

I’m immediately invested in people’s success. Everything that I already am has helped me help others. At Create Birmingham, it’s just been improved because now I feel like I know more people to connect you to.

And as a connector, convener and supporter, what advice would you give to others trying to find their way? In entrepreneurship and beyond?

Don’t quietly try to build the next big thing. It’s so much faster and easier when you open up… and you learn so much more. Finding other entrepreneurs to connect with opens up a world of support and feedback that really allows you to grow. Find your people.