"Legacy is about doing what it takes — recognizing something inside you that drives you beyond your current circumstances."

In a downtown alleyway sits a hidden gem of a camera house and production studio in an unmarked historic building. A team of Hollywood veterans with homegrown roots have made this space their headquarters as they work to expand Birmingham’s national profile and role in the film industry. With a shared passion for creating new opportunities for our city’s workforce, Field of View‘s Kevin Key, Jamie Cottle, and Kyle Roberts are three of our creative community’s rising stars. 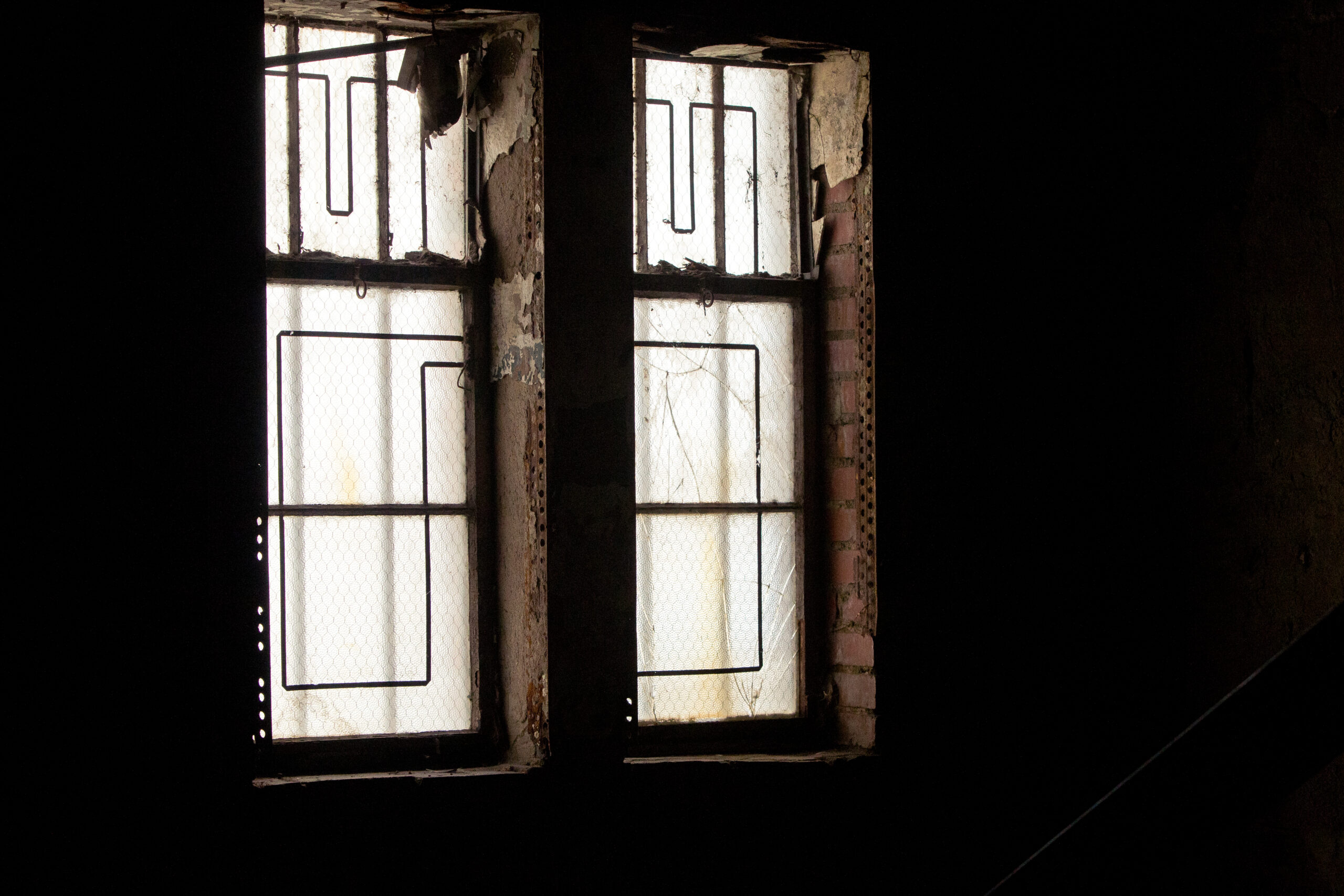 How did you three begin working in the film industry, and what brought you together for this new venture?
Kevin Key: I started out as a DJ when I was 16 years old. I created a company, Moonmen DJs, and realized that production and promotion went hand in hand. I continued to learn new video skills, sound, and then lighting. I moved to Los Angeles because I wanted to know more. I was able to work on the film Office Uprising, and that’s what began my union film career. I’ve just continued working in that arena since then.
Jamie Cottle: I actually began my career in film in front of the camera as a performer. I supported myself for several years that way before I decided to shift to learning skills on the other side of the camera. After 15 years of practical experience, I wanted to share what I’d learned, and this opportunity felt right.
Kyle Roberts: I grew up in the Centerpoint/Pinson area and lived in Birmingham for 27 years before moving to North Hollywood for about four years. Jamie persuaded me to come back home to be the Director of Photography at Spectrum — shooting all their commercials.
Jamie and I were working on a sci-fi short, and I ended up hiring Kevin because he had a bunch of lights and a truckload of gear. It really just blossomed from there. 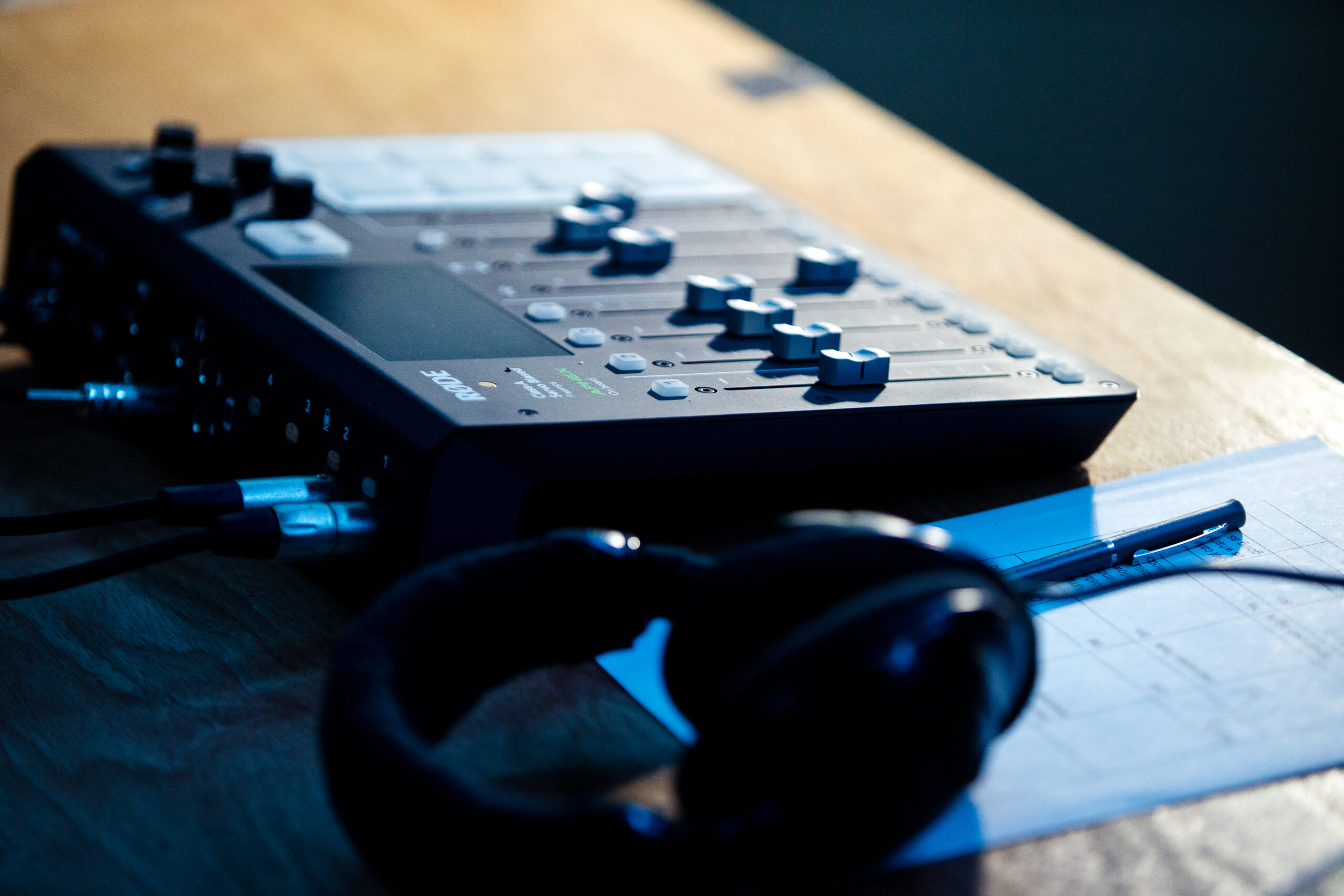 People are sometimes surprised to learn that Birmingham has a small but established film presence and industry. Why is Birmingham an ideal place for film?
KR: Sidewalk has a lot to do with that. It created an artistic space for independent film here. Alabama is also an incredible location for filming. There’s the Gulf and its beaches, a wealth of lakes and rivers, beautiful fall foliage, urban and rural environments, historic architecture, and film incentives too.
What made you want to build this venture in Birmingham? What do you hope to accomplish?
KR: When I was in LA, I was always traveling to New Orleans, Atlanta, or Asheville to get the film breaks. There’s so much talent here in Birmingham on the production side, but it was frustrating that there wasn’t a place to do a camera prep or have access to real cinema equipment.
I always learned from hands-on experience. You can’t train people for the job if the equipment and opportunities aren’t there. That’s what we want to do — teach, train, and create opportunities for film and the work it provides. 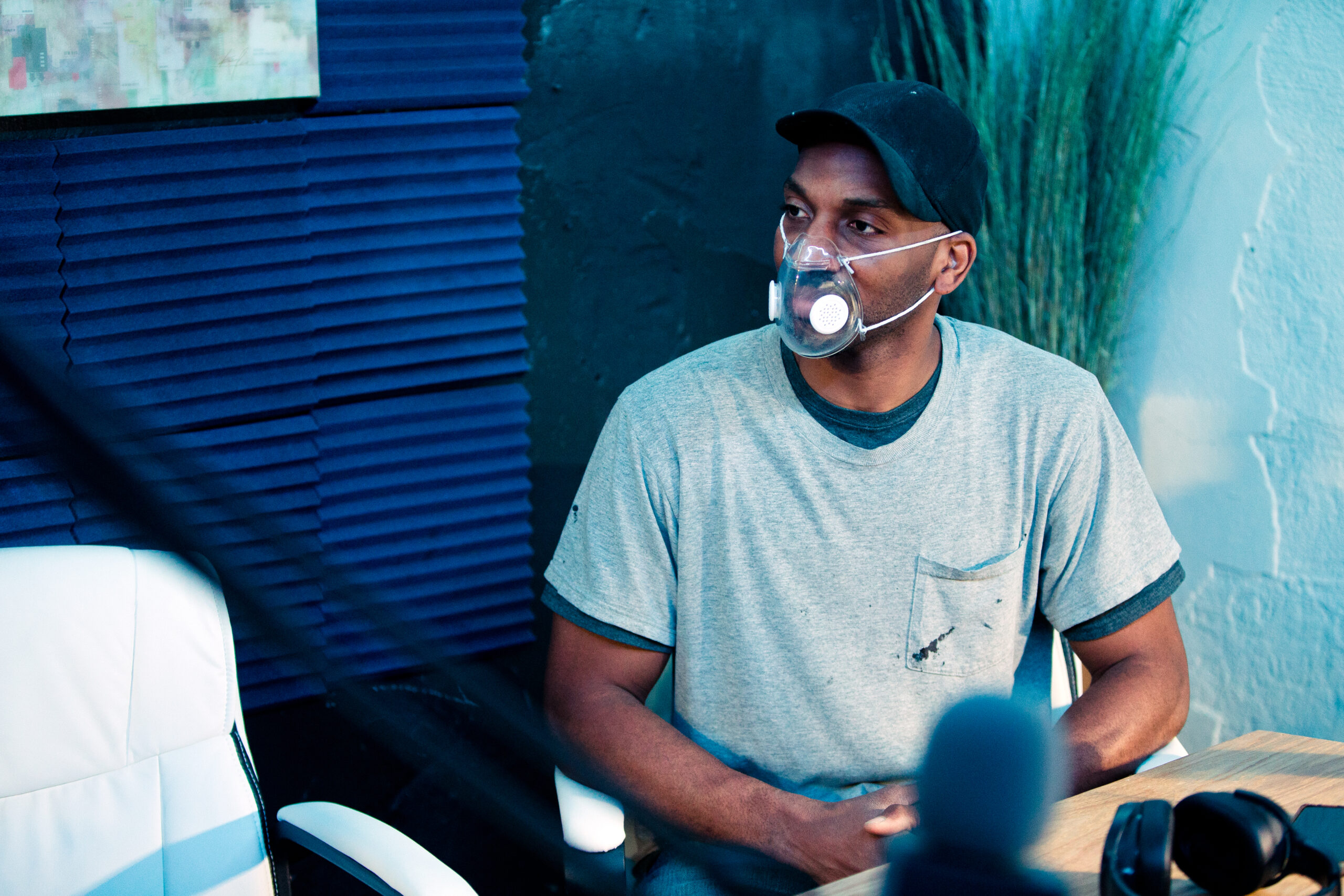 What challenges does Birmingham face in growing its place in the film industry?
KK: It’s a catch-22. The bigger budget films are going to benefit the most from tax incentives, but they need more crew. We have incredible talent here, but we need more people with those skills to support the bigger projects. Producers often have to bring people in from out of town, which ends up being more expensive. But they don’t really have a choice when there’s not enough of a local base trained for those jobs. Right now, we have enough of a local base to support one, maybe two, feature films. 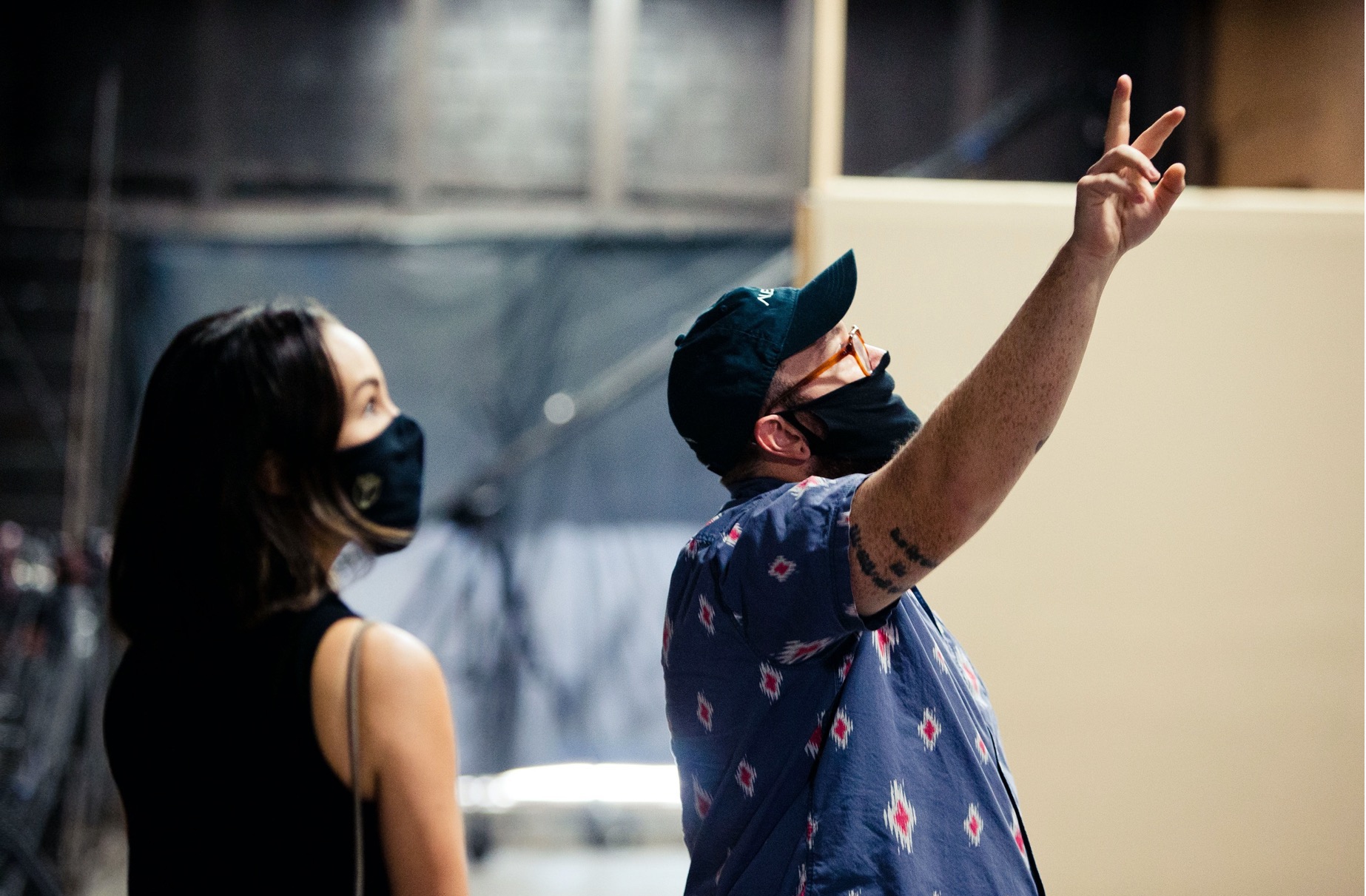 The film industry is known for its gatekeeping — a practice viewed as egalitarian and a rite of passage. Why do you feel it’s necessary?
JC: There’s a lot of gatekeeping in the film industry and for good reason. You start off as a kid who loves movies, but what do you know how to do? No one is going to hand you a $100K camera on the first day, so you start off by getting coffees.
KR: But if you show up on time with coffee, and you’re consistent, you start to earn the trust of the people around you.
At some point, all of us were winding cables and gripping, being a boom operator or assisting. There’s no shame in starting somewhere and working your way up. Making sure that Birmingham has a constantly growing crew that is properly trained is what will make this city an attractive location for major film projects.
JC: It’s part of earning your stripes, I guess. But in some ways, it can be counterproductive in film. Art is a collaborative process, and you can’t be exclusionary and practice a creative art. Ultimately, big egos end up getting checked. It’s not up to us to filter someone out. It’s up to us to give someone an opportunity. 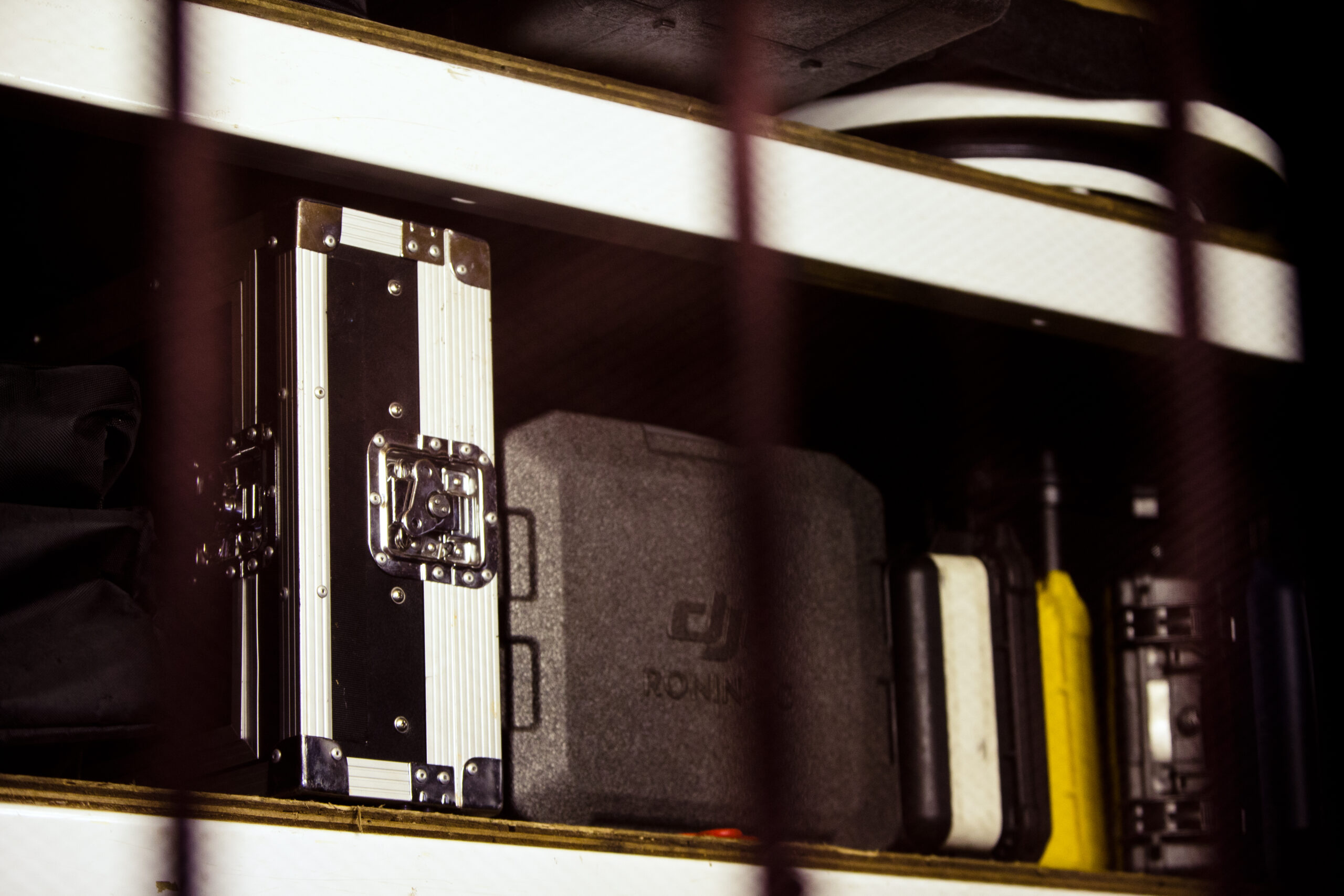 With rising costs of college and a generation that feels increasingly skeptical of the return on investment of a four-year degree, how important is it to create opportunities for those who don’t follow a traditional academic pipeline? And how does film factor into alternative career paths?
KK: Not everyone follows the same path, but opportunities are there. I recently collaborated with The Dannon Project in an effort to provide some of those resources for those who are reentering society and needing to acquire new skills. I also work with a group of apprentices who want to learn the craft. We have the gear and trucks for them to go to set, learn, and even step into some roles for that hands-on experience. These aren’t just internships — they’re paid gigs so that these folks can earn some income, learn the skills, and see that this is really something you can make a career out of.
JC: Learning the skills you need for a viable career is important, and you have to practice to develop those skills, but ultimately creativity is an instinct. We can make that more accessible by developing the practicums and curriculums that are most impactful. Finding young creatives with the drive to hone their skills and who want to learn is really special.
KR: The apprenticeships really let us teach by example. You’re not just getting thrown in the mix. You are able to see how much commitment is required in this field, but you’ve got a mentor. When it comes to production, there are a lot of high paying jobs that people are doing in LA, New York, and Atlanta that could be done here.
If I could go back 15 years, I might not have gone to college. I would’ve done a Sidewalk scramble and followed that pipeline. I don’t have regrets because I was able to get a good job that got me to this point now. But I could have been earning a living following something I was 100% passionate about. 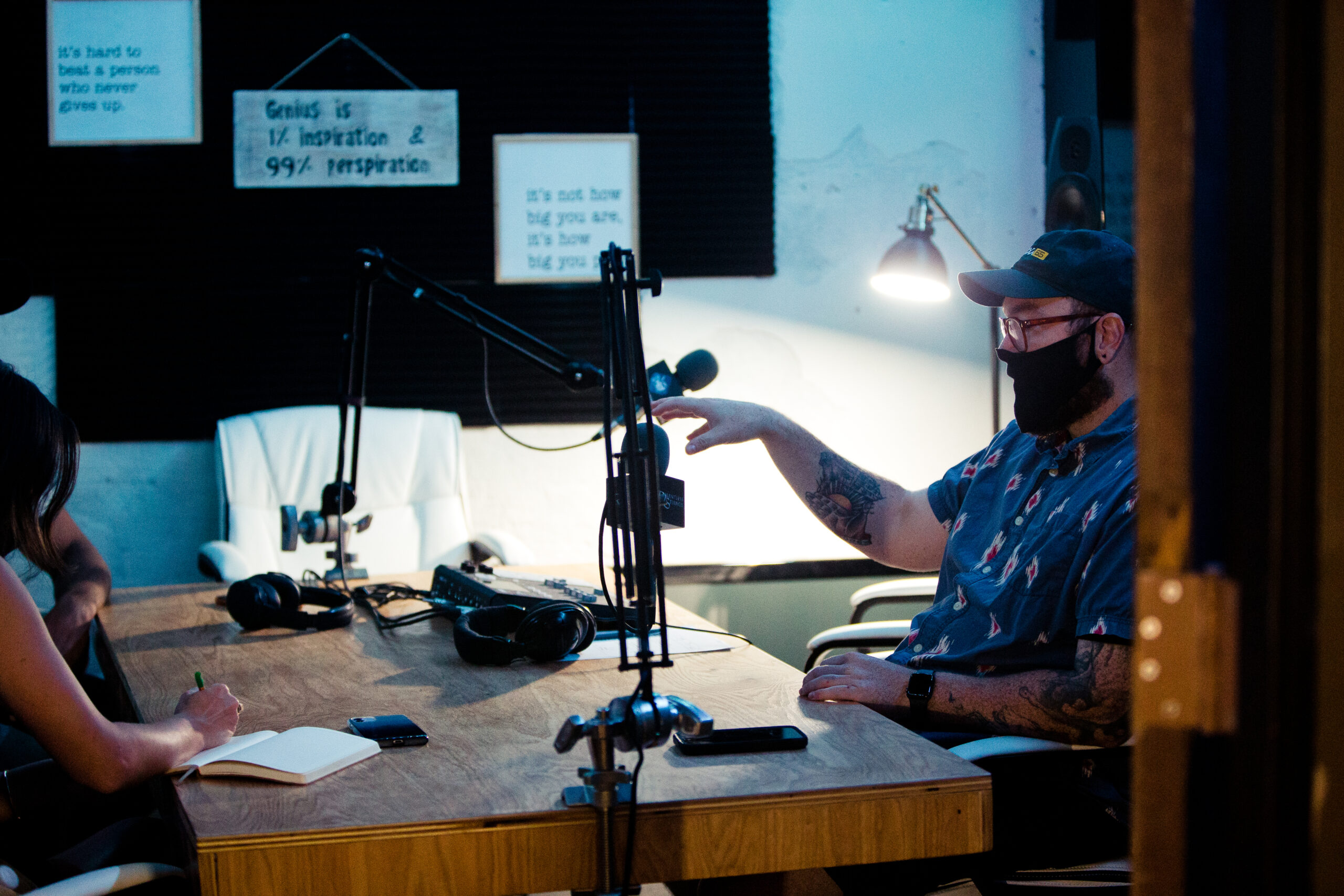 Kyle, you have a recent personal project that you are particularly proud of. Why does it mean so much to you?
KR: Since I DP so many things and work at an agency, I like to write and direct one personal film a year. My last film played at Sidewalk and in Huntsville and is probably my proudest accomplishment recently. Personal projects always mean the most to me.
Right now, I’m working on a documentary titled Us-Town — a follow-up of the podcast S-Town that followed a tragic story out of Woodstock, Alabama. This project is really about suicide prevention. My wife is a social worker, and so that really inspired me to push the message out that there is hope and help — that ultimately people care and want to be there for you, even if they don’t always articulate it.
2020 was a year where a lot of people struggled with their mental health. We were fortunate to have Cheryl Dodson, who was involved in the podcast, as one of the producers. She shares her memories of John B. Macklemore, S-Town’s central character, and the warning signs she recognized in hindsight. She does a great deal of public speaking on suicide prevention, and so it was a passion project for her as well. 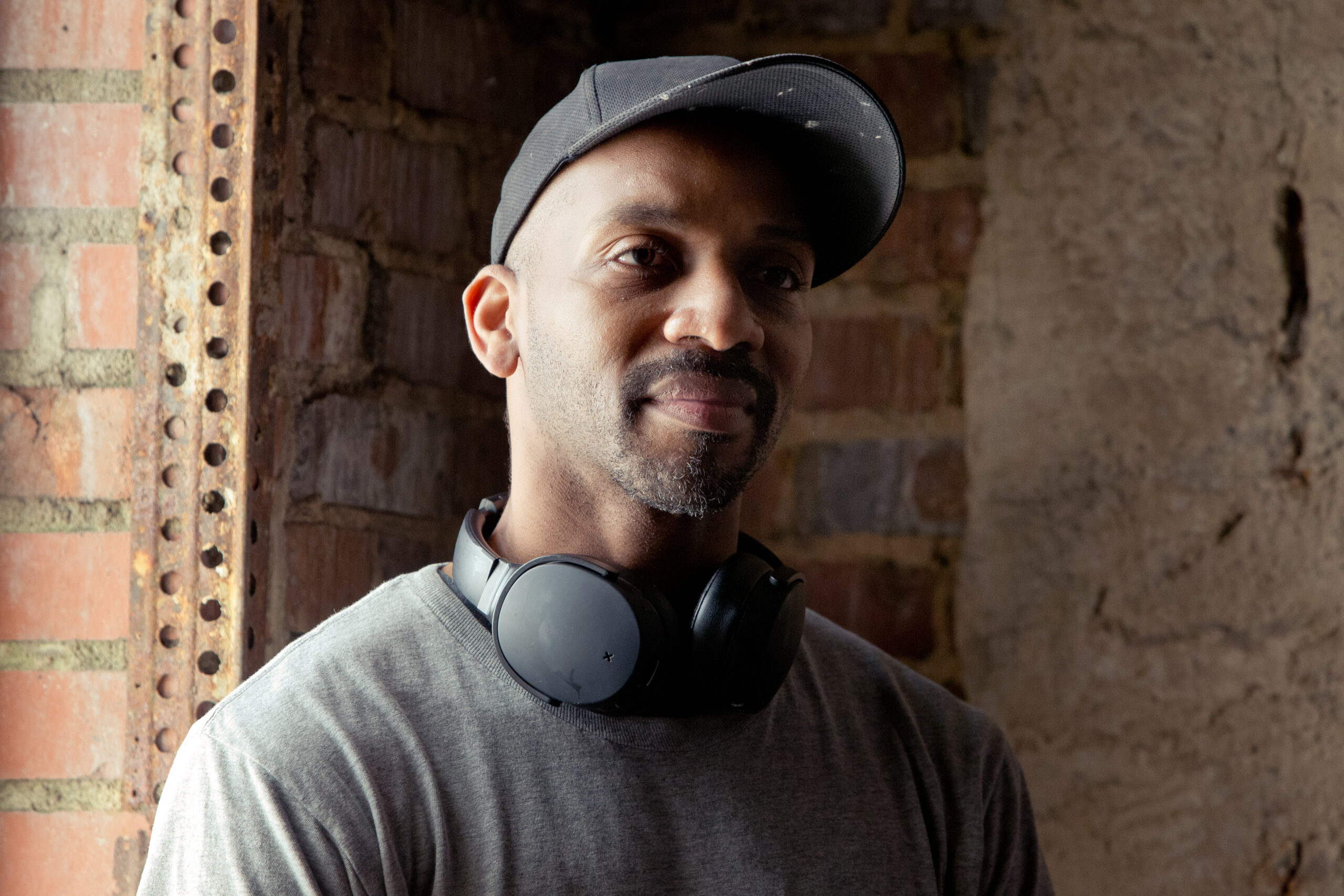 A word that comes up often in our interviews is “legacy.” What does that word mean to you?
KK: I started off as a DJ, went to a tech school, became an electronic engineer, ended up in aerospace industry, sat down at my desk as a manager, and thought, “This can’t be it.” I decided to leave my job and start my own company, moved to LA, and was struggling.
There was one night when I was trying to fall asleep in the back of my car. I had two cheap CVS blankets because they weren’t long enough to cover my whole body at the same time. I had a spiritual moment in my backseat where I really just had to have faith that I was willing to do whatever it took to follow this path. After that night, things began to happen.
To me, legacy is about doing what it takes — recognizing something inside you that drives you beyond your current circumstances. Believing in myself at that moment was the catalyst for what I get to do now. This studio, the table I built that we are sitting at, the opportunities we have now — none of it would exist today if I’d given up then.
KR: I’ve always felt that my legacy is teaching — leaving the world a little better for the next person than you came into it. Growing up, my grandad worked for Alabama Power for forty years. He was a company man, and that provided this sense of security and stability that permeated my family. I realize that not everyone starts out with the same circumstances and opportunities, but we might share the same passion. And I can train someone and maybe get them a little further down their path.
This studio space, camera house, and production resource is part of that too. It’s something that has been missing in our city, and it could really change things for our city and the workforce. I hope that this venture factors into our legacy. 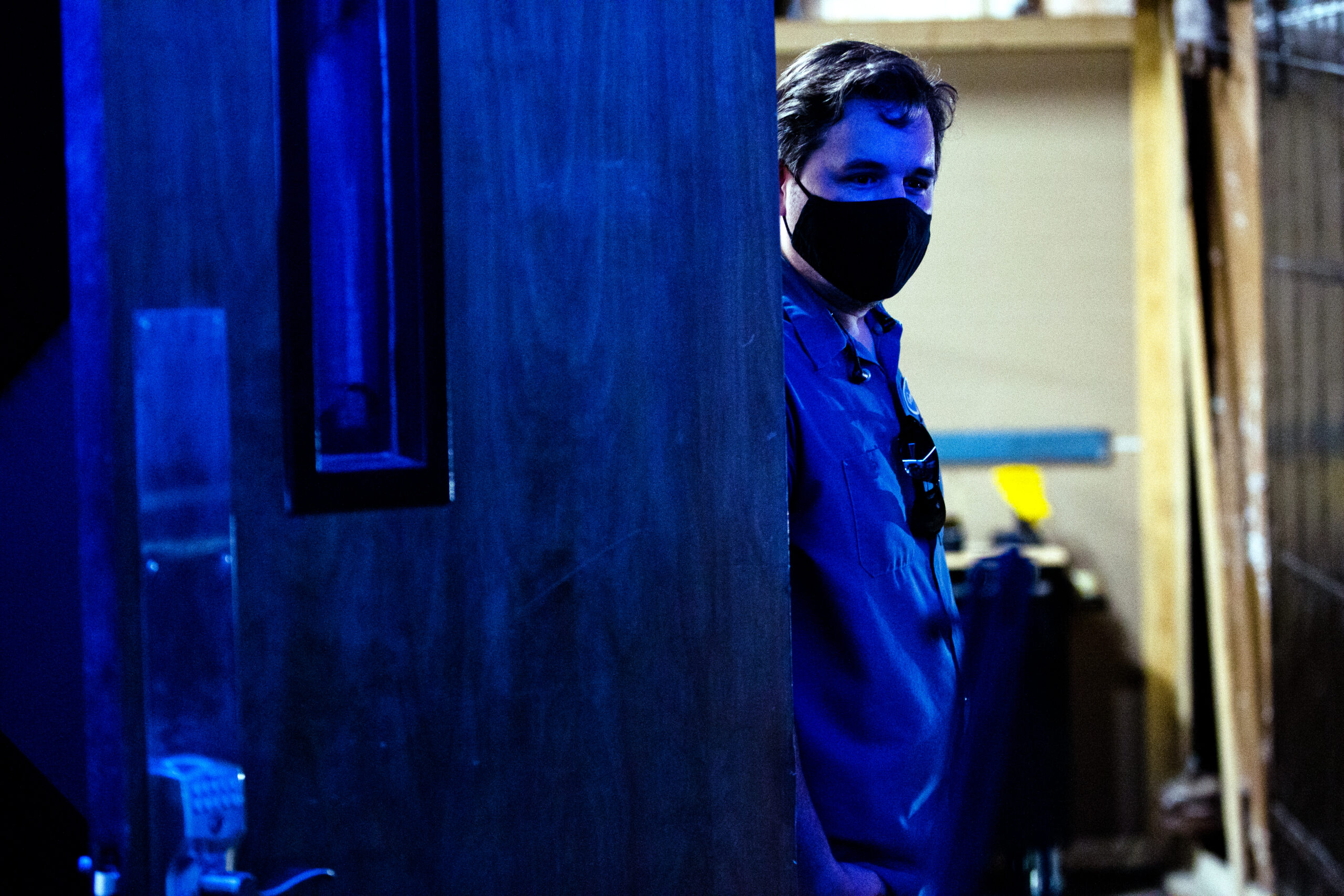 As we move forward in a new year, what would you like to see happen in Birmingham?
JC: Our overriding vision has been to create a place for collaboration and cross-training within the film industry, so that Birmingham, and the state of Alabama, has the skillset to support bigger productions.
We have so many creative people in this city, and with a space like this, we can encourage people to come together, build a community, and share their skills so that the talent bench gets deeper. With this as a training center and working production facility, we can continue to develop and grow our local talent.
KR: I’d love to see Birmingham support ten feature films in a year. That would be tripling what we did this past year. Not having to fly in camera equipment and being able to hire more locally is certainly one of my goals.
KK: I want to see more people with resources recognizing Birmingham’s abilities, accomplishments, drive, and potential for growth in film. We invest in sports and hospitals here, but not in the movie business — even though we say we want to support creative industry. At the end of the day, it takes the financial backing of people who take this business seriously. My mission has been to invest in my own equipment and this space — to show others that I am taking it seriously. Hopefully, when people see what we are willing to put into this, they will understand that this is viable, and they will want to be a part of it. “Build it, and they will come.”
PrevPreviousWe Create Birmingham: Paul Janeway + Jesse Phillips
NextContinuing to Create: 2021 ProgramsNext