" I think that’s how creative people cope. When life is disrupted and you feel weird or anxious, you just go create something because that’s what you do to feel fulfilled or keep yourself busy... It’s part of our DNA."

When you think about what Birmingham sounds like, you might hear the Neo-soul stylings of St. Paul and the Broken Bones — the hometown band turned international headliners, founded by lead singer Paul Janeway and bassist Jesse Phillips. The two bandmates and friends share with us, at the end of this challenging year, how personal changes and their love of this city have fueled their work, and why creativity has the power to heal. 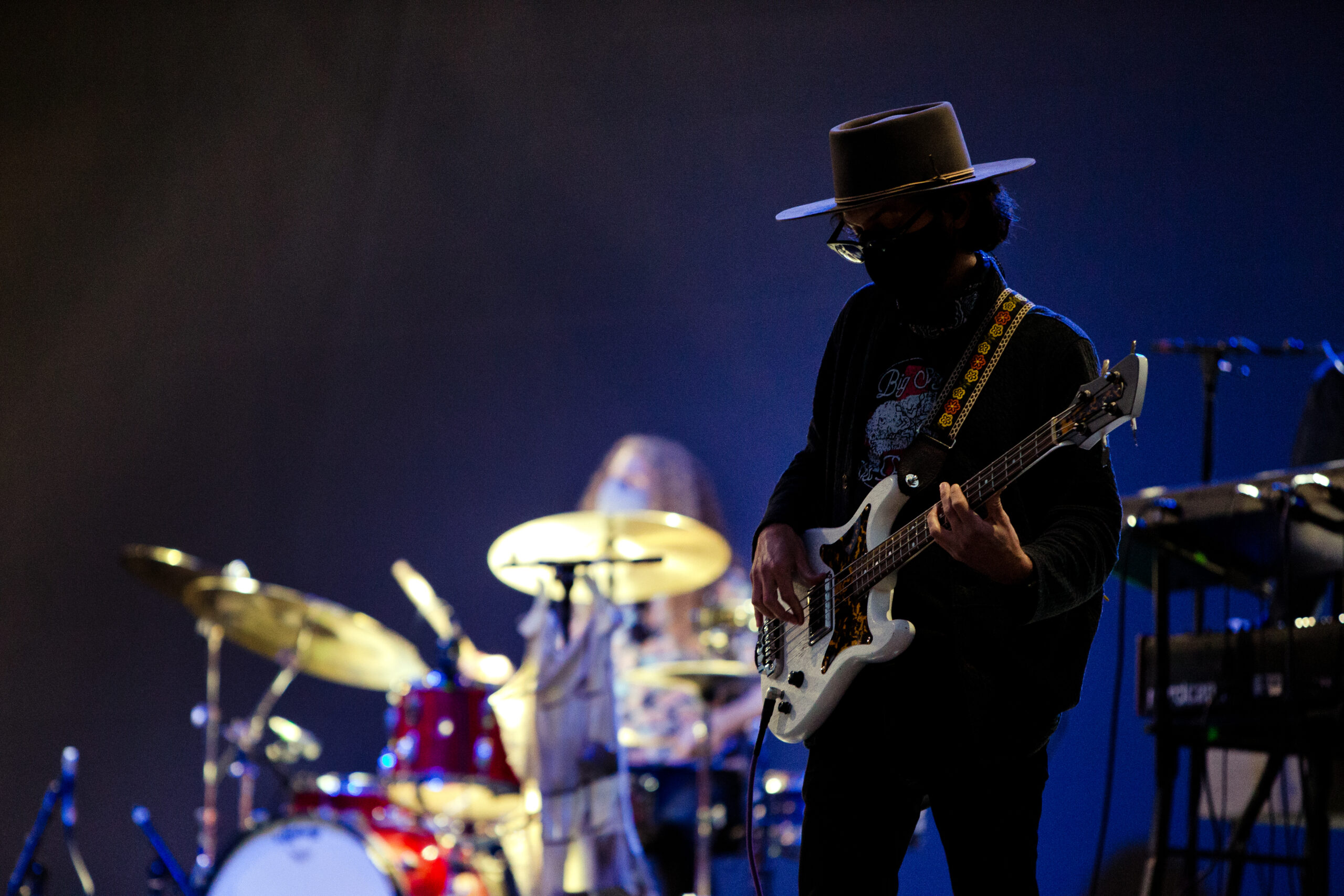 Live music is something so many have been missing this year. As touring musicians, it must be disconcerting to suddenly halt your work. What personal changes and revelations have come out of 2020?

Jesse: We’ve been doing this for a long time, and had gotten used to this way of living and touring. There are these endorphin spikes you get from playing a live show, and this year is the longest I’ve gone in my adult life without playing. I definitely had some moments where I felt a little low or started questioning what I was doing with my life.

Paul: We missed live music just like everyone else! We didn’t play for seven months. But, it’s been a time of personal changes too. My wife and I have a fresh baby — that’s what I like to call her! It’s been a wonderful adjustment. My wife has been the real rockstar. I might be sleeping a little less these days, but she is really taking on so much with nursing and everything. 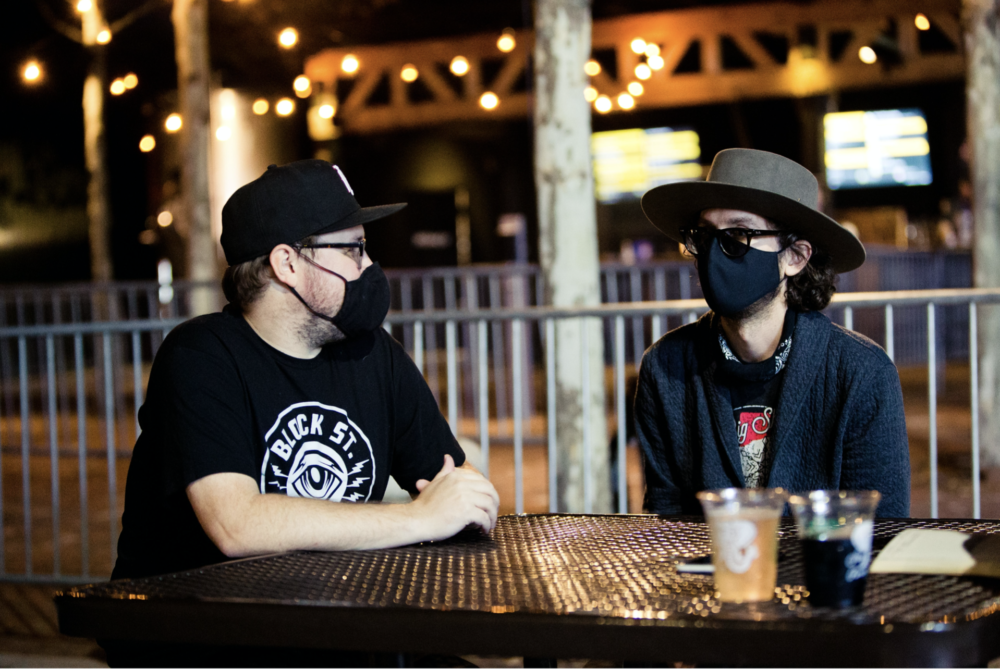 While you’ve taken time away from performing this year, you’ve been busy writing. How have the events of this year influenced your songwriting? Did it change any part of your process for the better?

Paul: This album was so much more personal. I mean, everything we write is personal but with an artistic bent. With our new record, we were really just able to write about what we were dealing with in the world around us. I think you hear it both lyrically and musically in how it’s pared down. It’s definitely an isolation record, but it’s still warm and beautiful. I would’ve written this record whether it made money or not. I had to. It was all right there on the surface.

Jesse: I remember when Paul told me he was going to be a dad; it was right before the world shut down. There was an early period when I know he was vacillating about how he felt — bringing a new life into this crazy world with a global pandemic going on. But the silver lining was that this higher frequency of emotions helped us write on a level we weren’t expecting. We were getting fully formed, emotionally driven work, and a whole new record just came tumbling out. This was the first time anyone listened to Paul singing on a demo and just started crying. 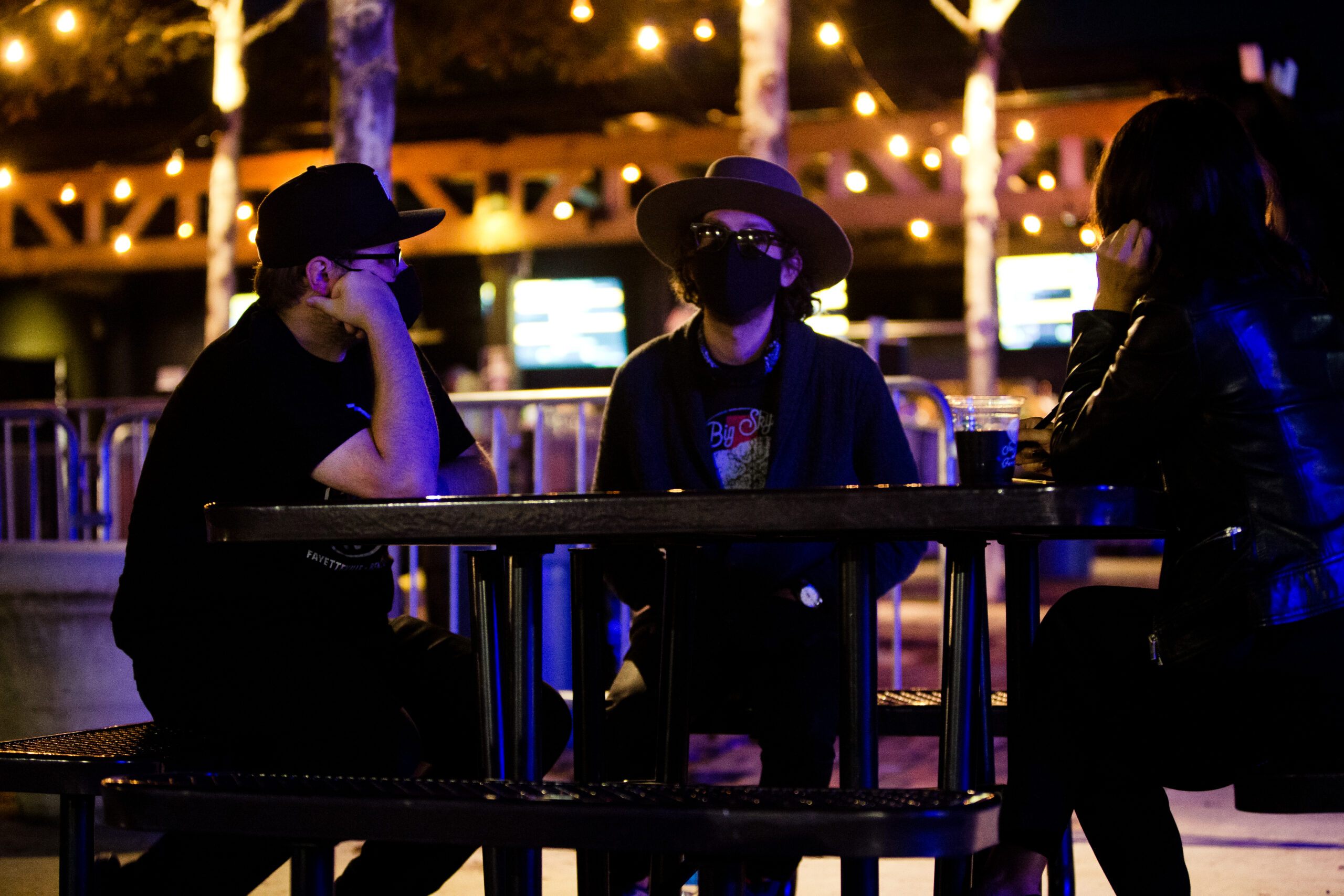 Once we were ready to record, we had to figure out a new way to do it with COVID protocols. We had a super slimmed down operation in the studio. We rented an Airbnb in Memphis across from the studio and hunkered down; we didn’t see anybody, and we were getting tested regularly. It was a new challenge, but we were less distracted. We got up in the morning, went to work, and came back at night. It ended up being this really fulfilling burst of creative energy. We went in for six days and knocked out what will end up being the most simple, elegant music that we’ve ever made.

It sounds like in being forced to shift, you were able to find a sense of catharsis and maybe a renewed focus.

Jesse: I think that’s how creative people cope. When life is disrupted and you feel weird or anxious, you just go create something because that’s what you do to feel fulfilled or keep yourself busy. Over the years, my work has become less about finding a way to express myself and more about “This is just what I do.” It’s part of our DNA. We’re constantly thinking about songs or how to make songs better. 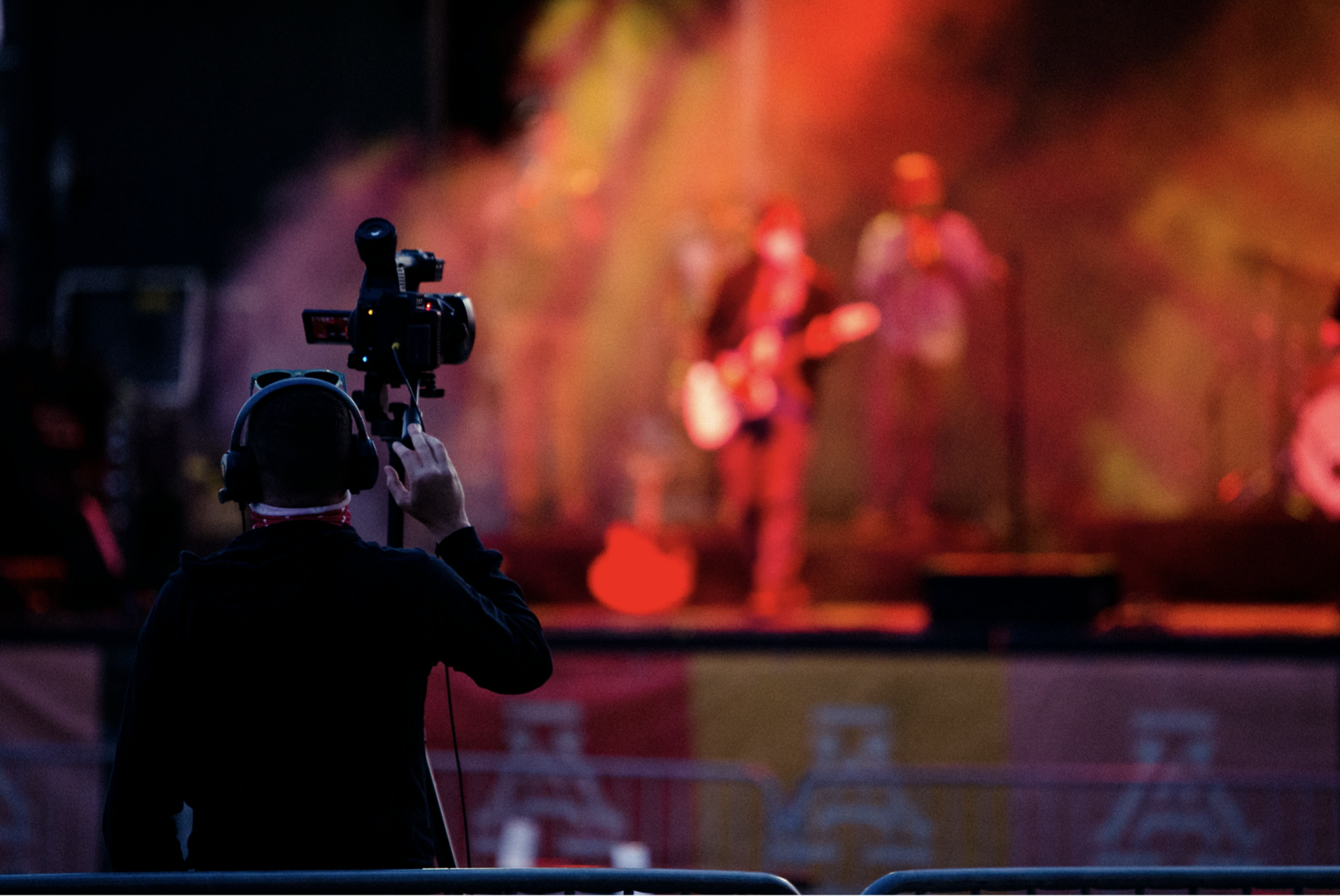 As a songwriter, you’re sharing your own experiences. And as a performer, you’re connecting emotionally with a crowd. Is there a sense of personal healing you experience from that? How does it feel when your stories become someone else’s anthem?

Paul: There’s something weird about being on stage and allowing yourself to be completely vulnerable. Some nights, you tap into something powerful that you get to share with the audience, It’s almost like a spiritual experience.

There’s a song, Bruised Fruit, that’s a letter to my dad and grandfather about lineage and coming from an abusive situation, and the band will tell you that sometimes I have a hard time getting through that song. We were playing a show at The Ryman in Nashville, and my mom and sister were there. I started crying, and I could see them crying in the pews. I could hear the audience cheering, but we were having this moment that felt really heartbreaking and personal.

Really, I think that’s the beauty of it. That song means one thing to me, but it might mean something very different to you. I want every show to elicit this emotional array from the audience. If I could bottle that feeling of looking out into the crowd and watching those emotions happen, I’d never leave home. But knowing that I can be the conduit for that kind of creative experience is why I have to go out and do it.

I don’t drink, I don’t smoke, I don’t have a lot of those types of vices. I like Coca-Cola, bad-for-you food, and performing. That’s my escape. That’s my release. That’s my therapy. 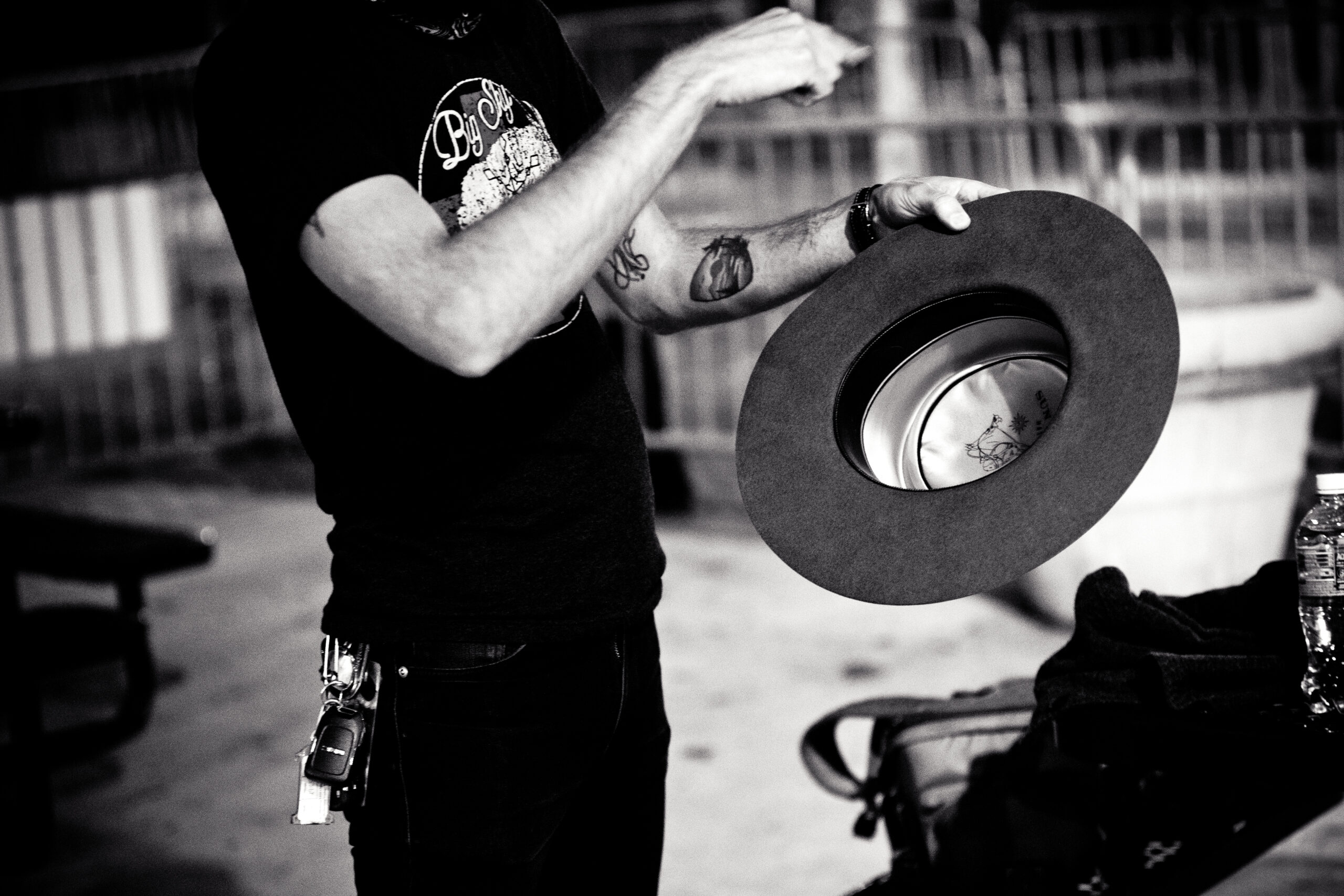 Your band has spread out these days. Jesse, you’ve moved to Montana while Paul and a couple of band members still live here. But you still consider yourselves a Birmingham band, and you absolutely have a community here. Why is Birmingham still home base?

Jesse: I’m not from here, and I didn’t grow up here; I’m Canadian! I moved here as a young man, and I choose to keep coming back. Birmingham has a special place in history and some unique tensions that, over the years, have swirled around in this way that has created a specific culture. Whether it’s the food, music, or folk art, you can feel that history. If you want to make the argument for this city, just take a visitor to Niki’s West. It’s one of the most diverse places I know. I’ll go to eat lunch, and you just see everyone there — all shapes, sizes, colors, and walks of life. You can easily hear four or five different languages being spoken, and everyone’s just sitting there together enjoying the same food. At the end of the day, I really feel like we are all just so much more the same than we give ourselves credit for.

Paul: When I was younger, I thought, “I can’t wait to get the hell out of here!” But when the band started taking off, I found so much security here. I love the idiosyncrasies of this city. There are a lot of hard things to swallow that went down here, but beautiful things can grow from that. Birmingham has an edge and a grittiness. It’s in our story. But I don’t think we have to be uncomfortable with our history. We can talk about it, learn from it, and we can do better. I’ve been asked, “When are you moving to Nashville? Or LA? Or New York?” But this city is my home. 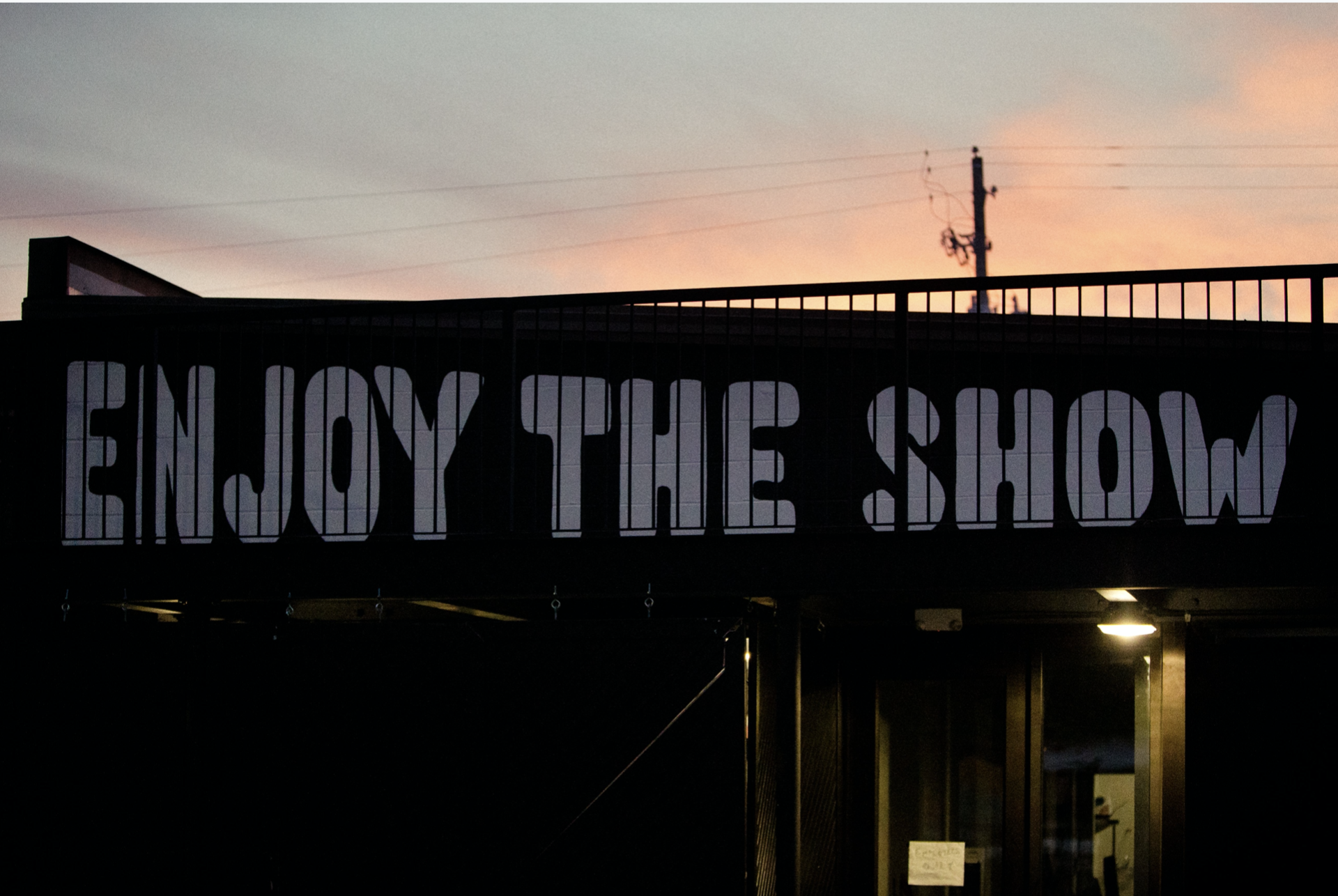