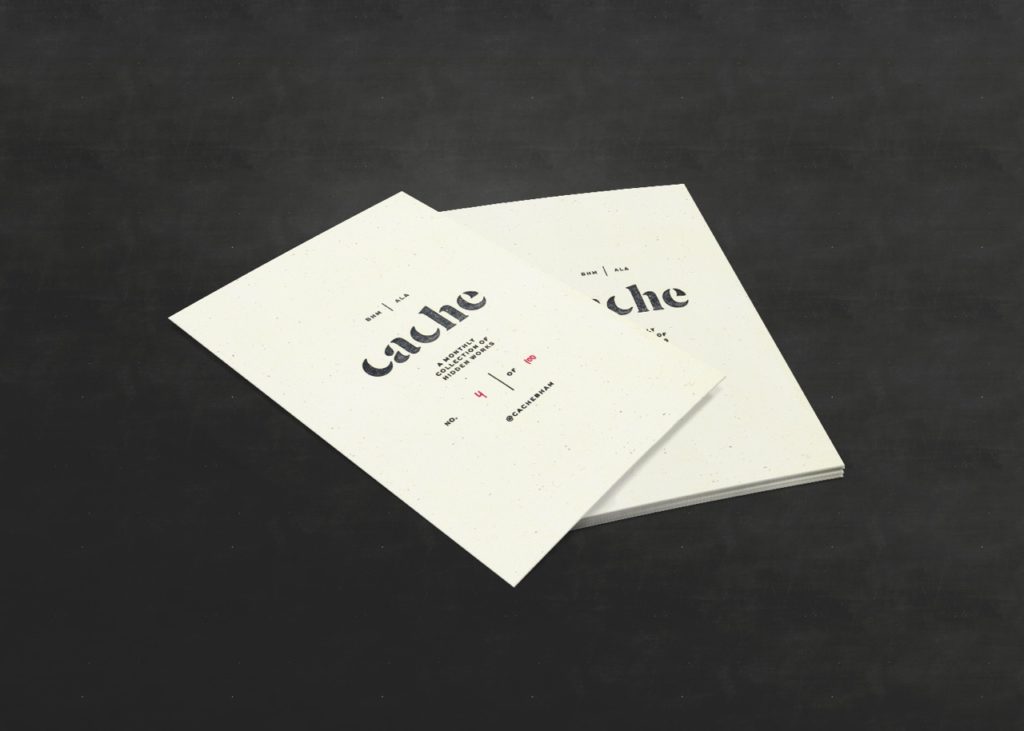 “We wanted people to engage with the art, talk to each other, and ask questions.“

If you have taken notice of the mysterious one-sheet publication appearing at some of your favorite local spots, you are not alone. After admiring the beautiful work in Cache for several months, Create Birmingham contacted the team behind it to learn more. If you’ve missed it, you can see previous editions below and pick up the final edition at selected locations in Crestwood, Avondale, and downtown Birmingham this month.

Cache is an anonymous one-page zine featuring work by people living in (or connected to) Birmingham. We do not reveal information about the publishers, designers, or contributors. We created this zine to spark conversation and share the work of creative minds. We deliver hand-numbered copies every month to spaces that promote art, creativity, and conversation.

The Cache team consists of curators and a lead designer. In terms of contributors, we’ve worked with fifteen artists over the past seven months. They are all connected to the city of Birmingham, and they are all immensely talented.

The one-page, single-spread concept was intentional for a couple of reasons. First, we wanted readers to spend time with every piece featured in every volume. With one spread, it’s impossible to skip sections and pages. Second, the single-spread provided us with a structure for experimentation with regard to layout and design. How do you effectively connect three photographs, a poem, and a personal essay in one spread? This was an idea we wanted to explore.

What inspired you to create Cache?

We were inspired by an American Masters documentary on Richard Linklater. In that documentary, Linklater talked about his approach to sparking interest in and conversation about his film Slacker.

Instead of creating over-the-top, detailed posters and commercials, he simply posted stickers that said “Slacker” all over Austin. He didn’t note anything about the film; he didn’t highlight anything about himself or the actors; he just put up the word “Slacker.” Overall, he wanted to generate curiosity around his art without utilizing overly detailed marketing materials.

With that in mind, we wanted to distribute a zine with little-to-no explanation. We wanted people to engage with the art, talk to each other, and ask questions.

Although only one page, self-publishing a zine is hard. What’s the most challenging aspect of producing Cache?

Figuring out how to clearly connect the various pieces is a challenge. We’ve featured everything from recipes to hand-lettered collages. All of the pieces are deeply original and unique, but sometimes figuring out how they work together requires some experimentation on our part.

Looking back at the volumes, we think all of the pieces worked incredibly well together.

Cache and other zines are an excellent platform for introducing artists to new audiences. What are some other ways artists can take advantage of local resources?

It’s a great way to connect with local businesses and share art.

As Cache comes to a close, what projects do you have on the horizon?

We will have a wrap party at Revelator on 3rd Ave North on June 22. Taylor Hollingsworth will perform, and Suaze will DJ. We’ll have a collaborative collage table, a demo from Timbrook Toys, limited-run shirts, and wine. Many of the artists from our past issues will be in attendance and will share which pieces they created and contributed.

After we wrap, we’ll spend some time reflecting on next steps.

Where can you pick up the last copy?

We will drop Volume Six at the following spots, all of which we’ve worked with over the past seven months: Seasick Records, Elements, Manitou Supply, Woodlawn Cycle Café, Sanctum Tattoos and Comics, Saturn, MakeBHM, Urban Standard, and Revelator.

We just want to say thank you to the incredible artists who’ve contributed thus far. The primary reason we started the zine was to share art with people across Birmingham. 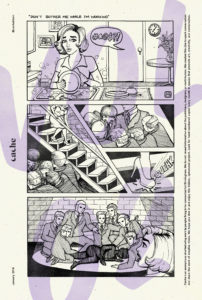 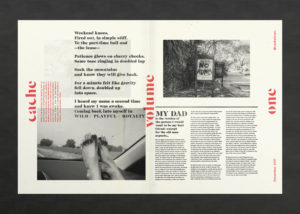 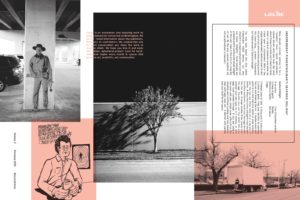 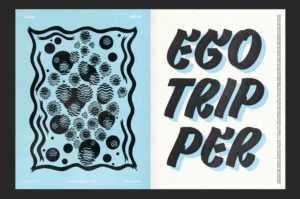 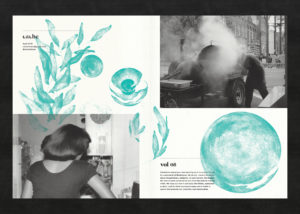 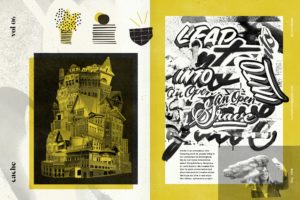