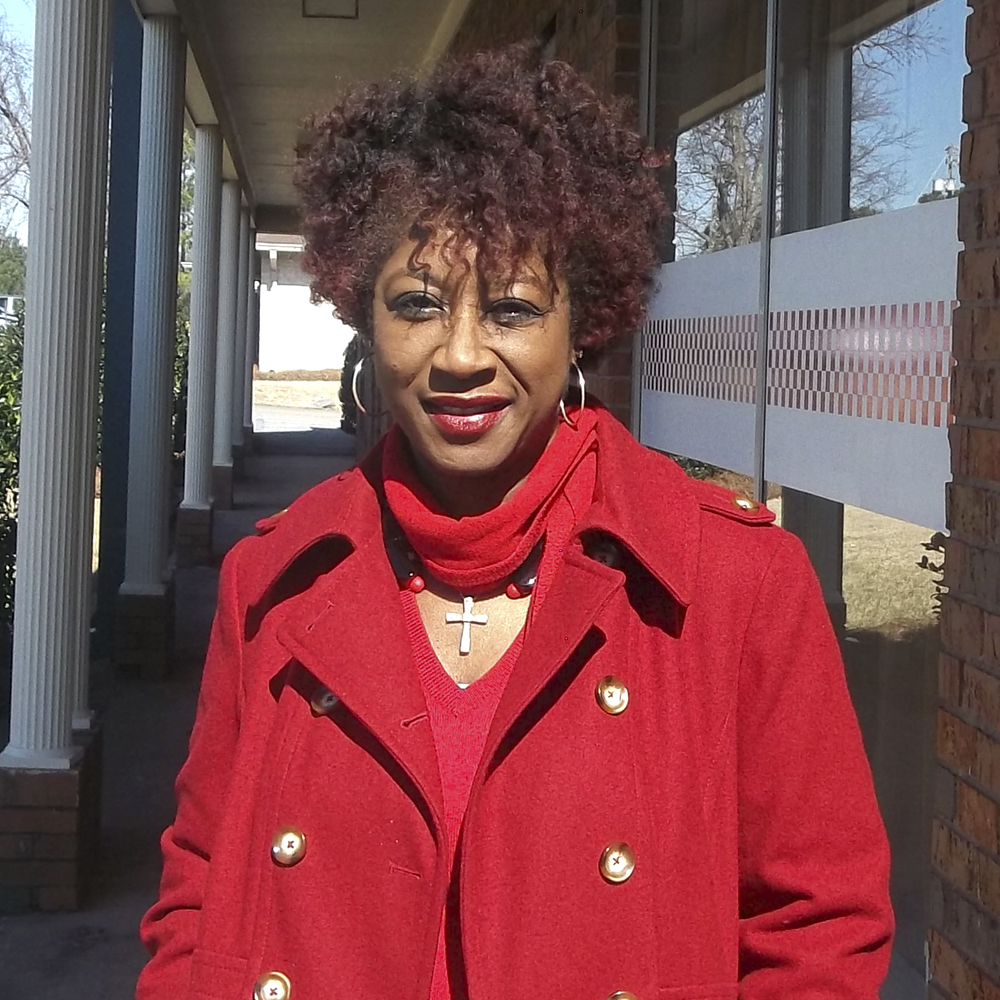 “Running a business is a lot of work. It’s not for the faint of heart. You may look at your bank account and get discouraged, but just hang in there. Keep working hard and it will pay off. Understand your craft, join a networking group, learn to market and build your brand, work hard & keep the Faith!”

Name: April McClung
Occupation: Owner of Emily’s Heirloom Poundcakes
Creative Industry: Culinary Arts
1. You guys have an interesting story. How did you get started?
We had the opportunity to send my 14 year old (at the time) to Europe to visit 7 countries in 20 days. The only problem was the trip was going to be $7,200 and we didn’t have the extra money to pay for it. I thought the opportunity was too good to pass up and he needed to go.
As I was signing him up for the trip, I noticed another trip to China. My other son had just finished his first year of Mandarin classes and was enrolled in a second year. We could scrape by and pay for one trip, but there’s no way we could afford both. I talked with my husband and he said to go ahead and sign up our sons for both trips and we would figure out how to pay for it.
We prayed about it as a family and then it hit us, pound cake.
I had never baked a cake in my life at that point. My husband was the baker in the family and the pound cake recipe was his Big Mama’s. So he started to show my kids and I how to bake the special recipe. We started giving out samples at school and at work. I posted about the boy’s trips and selling the cake on Facebook and had a great response. My girlfriends from all over the country were buying them and that helped me learn to ship. Everyone was so generous and excited about helping the boys. In the first 4 months we raised $6,000.

In the spring when the Farmer’s Markets opened back up, we started selling in Homewood. We were selling a 5 lbs cake for $40. I had a little display set up with info about the trip and people were paying over the asking price. It was incredible! By the end of June we raised $14,000.

2. How did you make the transition from just selling the cakes as a fundraiser to an actual business?
Well, after we raised money for the boys to take their trips everyone said “you need to start a business because we’re addicted to your cakes.” We decided to name the business after my husband’s grandmother, Emily, since it was her recipe.
We were able to get a spot at Pepper Place pretty quickly because they did not have anyone selling pound cakes. Our first Saturday there we sold out by 10 am. The director of Pepper Place introduced us to the people at Chef’s Workshop and we signed up for space in their commercial kitchen that day.
That first Christmas we were selling cakes left and right all over the place. Then we were asked to be the official cake of the Jubilee in Selma. We took 5,000 slices down there and people from all over the world tried our cakes. It has just continued to grow from there.
3. What sets your pound cake apart from others?
We use all fresh ingredients. We don’t cut corners on anything. We make our pound cake the way it was meant to be made. All of frosting on our specialty flavors are made from scratch.
4. What advice do you have for someone looking to start small?
Running a business is a lot of work. It’s not for the faint of heart. You may look at your bank account and get discouraged, but just hang in there. Keep working hard and it will pay off. Understand your craft, join a networking group, learn to market and build your brand, work hard & keep the Faith!
5. You guys are unique in that you actually rent space in a commercial kitchen. Are there any challenges in that?
Well there are just so many people using this kitchen. To keep up with demand I need a whole team of people in here working and the space just isn’t there. We don’t want to overstep our bounds and get in the way of another business trying to work on their products. We’ve grown to the point where we just need our own space.
6. What’s next for you guys? Do you have any intentions of a retail or storefront?
We are looking into a storefront space for the future. We will be opening a kiosk in the Galleria starting June 1st.
For more information please visit www.emilysheirloompoundcakes.com
PrevPreviousI Create Birmingham: Lauren Hlubny & Carleen Sabusap
NextI Create Birmingham: Alyssa Moore & Shea WashingtonNext