"I look for subtlety. Being able to capture the feeling underneath a calm exterior is challenging... and that’s what I aim for — to capture personality and emotion that isn’t always outwardly expressed."

William J. Rushton creates portraits that channel classic technique and composition, capturing emotion beneath quiet exteriors. The Indian Springs graduate and Birmingham native has spent his recent years in Florence, Italy studying and teaching art at the esteemed Charles Cecil Studios and now has returned to his hometown with a solo show at Canary Gallery featuring his old-world aesthetic. William shares his inspirations, motivations, and why Birmingham’s art market matters. 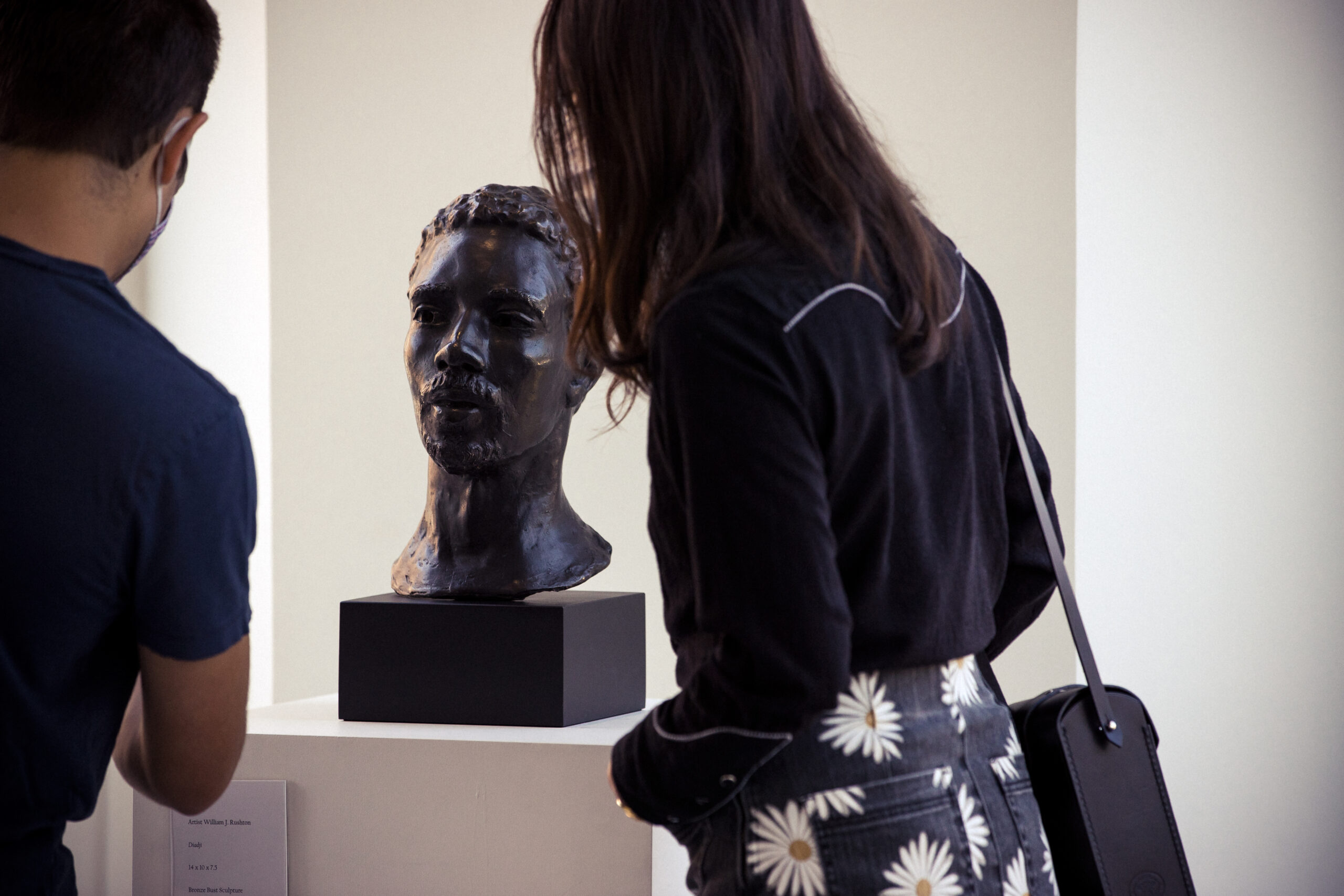 Were you an artistic child? Did you always want to pursue a creative career?
I was! Art was something that always interested me, and I’d work on art projects with friends growing up. As I got older and started thinking about college, I didn’t think that art was something I would pursue as a career necessarily, so I majored in psychology with a studio art minor. I don’t regret that. I do love psychology, but I took a study abroad option my junior year and went to Florence, Italy. I had a chance to take a course at Charles Cecil Studios and enjoyed it so much that I decided I wanted to go back after finishing school.
Your aesthetic and method are steeped in tradition and classic techniques. It was surprising to meet you and see someone so young! Do you get that a lot? What about this style of portraiture appeals to you as a young artist?
I understand why a lot of people think about portraiture as something that can seem a bit dated or older, but I think it’s timeless. It’s a really specific skill to learn, and the students who are learning it are sometimes pretty young. I think there’s other art out there meant to convey a message or make a statement in a more modern way, and that’s important too. But the emotions that can be captured in an expression have always been there. 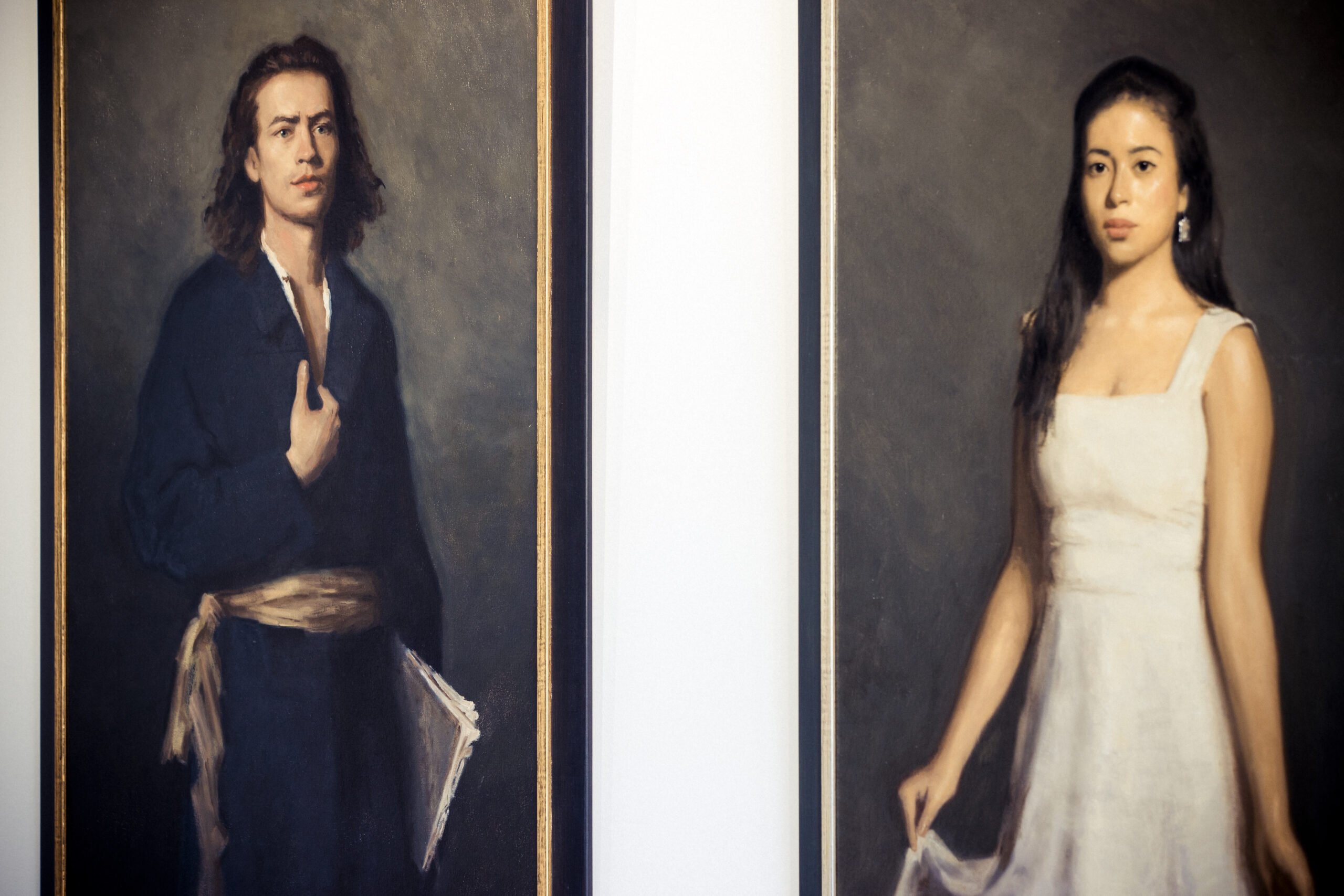 What inspires you?
I look for subtlety. Being able to capture the feeling underneath a calm exterior is challenging, but the great painters like Diego Velázquez were able to capture depth in subtlety, and that’s what I aim for — to capture personality and emotion that isn’t always outwardly expressed.
In addition to the body of work you are constantly creating, you do commissions. What is the live-painting process like?
It’s an investment of time on both my part and the subject’s. I want them to feel comfortable, so I usually put on a podcast or music. We usually end up chatting. Commissions are a part of my work and everything is to scale. The time needed ranges from about 12 to 24 hours — depending on the scope of work. 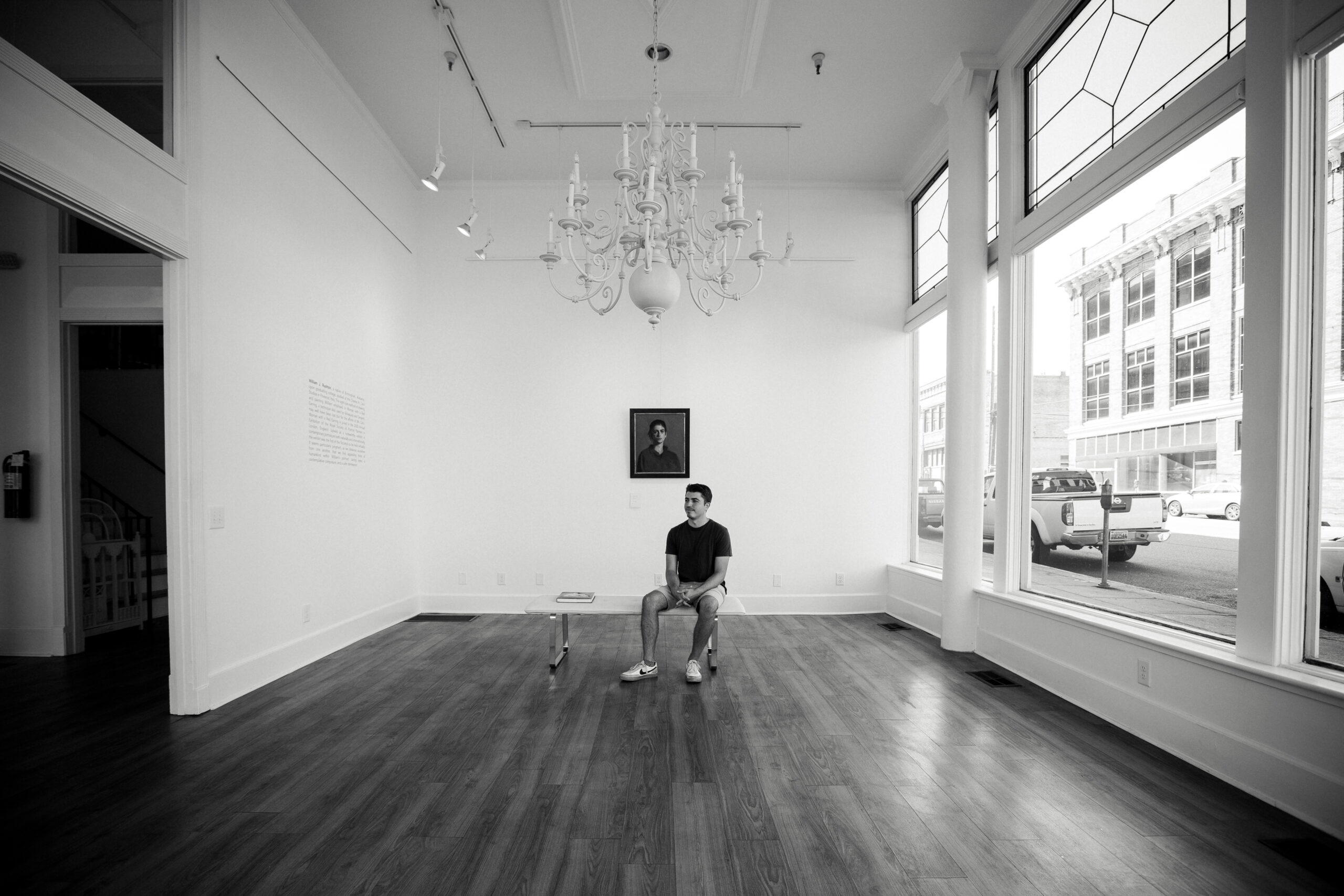 Life as a creative entrepreneur can feel daunting at times. Were there moments where you questioned your career choices? And how do you push past those moments?
When I left college and moved back to Florence, I don’t think I realized how unnerving it could be to move forward in a totally different direction that wasn’t about plugging my degree into a corresponding job. I had a lot of anxiety the first couple of years — was I making a mistake? If it didn’t work, what was I going to do? For a while, I just felt like I had no direction. Now, I know that a lot of people feel that way right after college. I left with this degree but no actual skill set or real-world experience, and so many people will tell you that having a degree doesn’t even guarantee you anything necessarily. I was putting so much into learning and just being there, and I was afraid that it just wasn’t going to go anywhere.
In hindsight, that sense of anxiety helped fuel me. It was what drove me to work hard and work away from that fear. I also branched into sculpture. It helped me feel like there was another layer to my work that was tactile and perhaps more salable in some ways. Diversifying my art gives me options, different avenues to market my work, and helps quiet that nervousness. 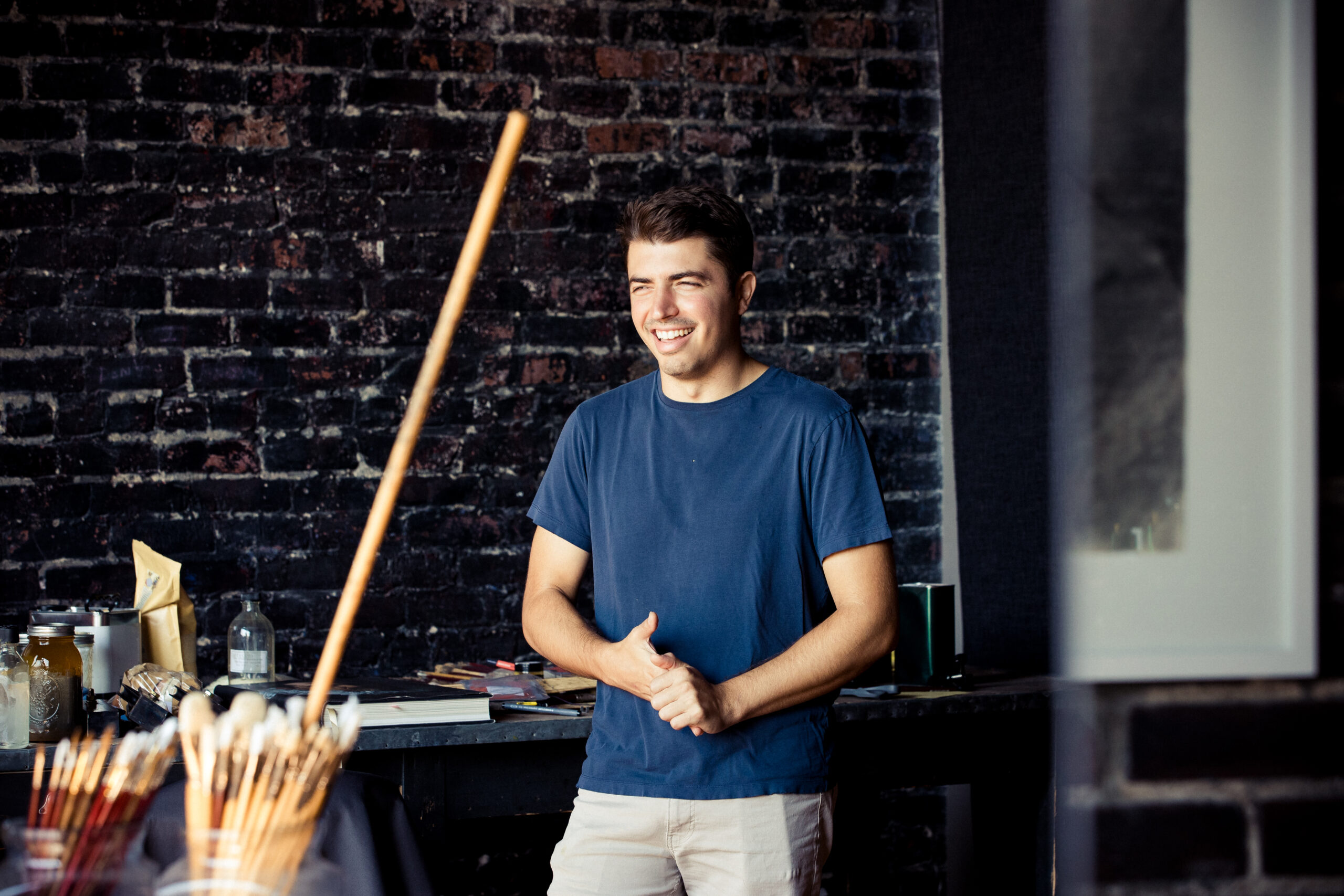 What have been the notable highpoints of your career so far?
After staying in Florence for a while, I had the opportunity to teach at the school where I’d been studying. That was absolutely a high point for me. I was able to learn on an entirely different level. And having this show open in Birmingham is another high point. Birmingham is my hometown, and I’m excited to return and show what I’ve been working on.
What makes Birmingham an attractive art market for you?
Portraiture feels more like a tradition in the South. If you go to cities like New York or Los Angeles, there are bigger art communities. But in cities like Birmingham, you’re likely to find people who have portraits in their families, so there’s already a sense of familiarity and appreciation. Also, our creative community doesn’t feel saturated. I don’t feel the pressure of having to break into a scene that’s already established and exclusive. Birmingham is welcoming — of people and creative talent.
PrevPreviousWe Create Birmingham: Meghann Bridgeman
NextFROM IRON CITY INK: The Business of CreationNext