"I want to encourage curiosity and make sure our programs are as accessible as possible... The online film or Film Twitter community can sometimes feel insufferable — there’s lots of gatekeeping about knowledge and taste. My personal mission is to burn that to the ground."

This August marks Sidewalk Film Festival’s 23rd year. The nationally recognized festival is the premier event for the nonprofit organization dedicated to building audiences for independent film and encouraging filmmaking in Alabama. Celebrating inclusion and diversity, Sidewalk Film Center + Cinema also produces the SHOUT LGBTQ Film Festival and runs an array of educational programs for film fans of all ages and levels of expertise. Fueling that mission of inclusion and interest is Sidewalk’s Program Manager, Kiwi Lanier. Kiwi shares what they’re looking forward to next month when Sidewalk Film Festival returns downtown, their mission for making film more accessible, and the personal and professional lessons learned along the way. 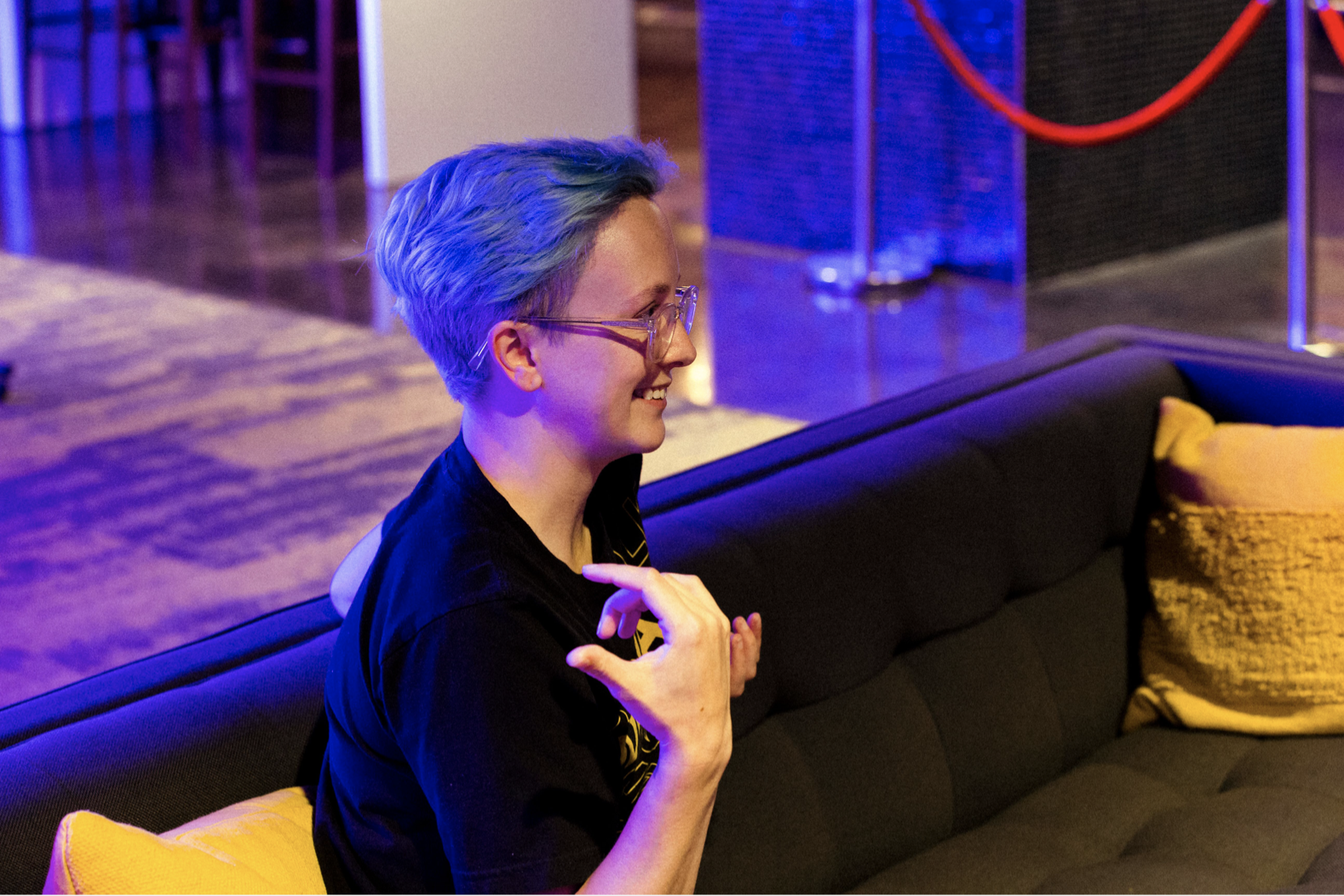 Kiwi, how did you get your start at Sidewalk? And how can others get involved?
I was majoring in Media and Film Studies at Birmingham-Southern, and I decided to do a summer internship at Sidewalk so that I didn’t have to go home. I fell in love with it. We have such a great team of volunteers, which is a fun way to get involved if film is interesting to you.
Birmingham isn’t the city most people flock to become a filmmaker. Most of the people who support Sidewalk just like movies, and they want to be around other people who like movies. That’s an awesome place to start. 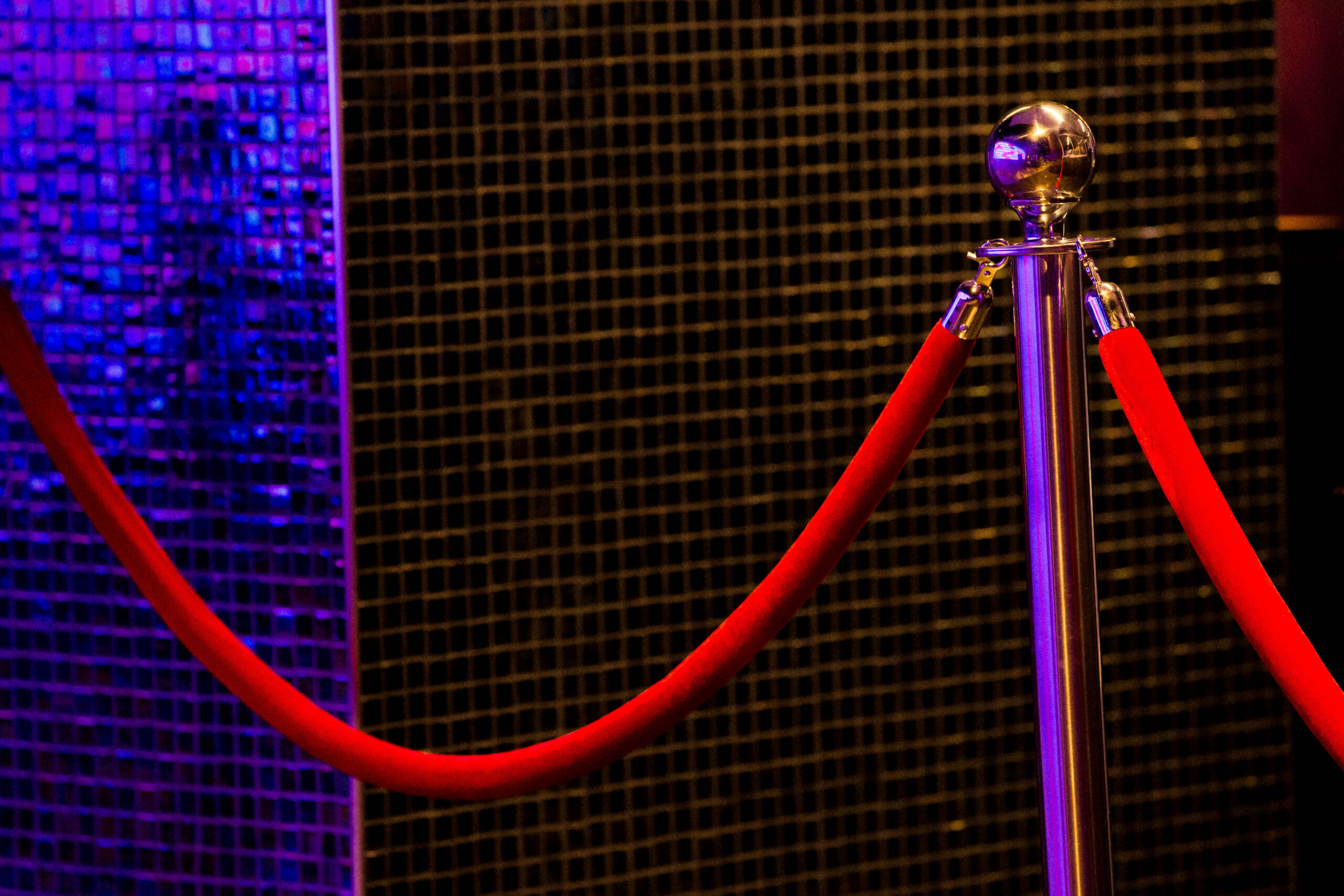 The film industry reaches far beyond the movie-making that most people might immediately think of. Your passion is film education and creating an accessible route to independent filmmaking. Where does that passion come from?
I really like doing our educational programs because I’m naturally a very curious person. I love to learn! A lot of people who come through our classes aren’t necessarily trying to be career filmmakers — some of them are, but most of our participants just want to know more about film. Sometimes, people feel too intimidated to attend a class at the college level. I want to encourage curiosity and make sure our programs are as accessible as possible.
Every program is open to all people — unless we are watching a film that’s rated R. Then, we just ask that you be at least 17 years old. We have people from all different careers — not just creative or film-specific backgrounds. And it’s important that we try to keep costs minimal too and provide materials people can keep. I love seeing participants become regulars — when they enjoyed themselves and want to keep coming back!
When I first joined Sidewalk, everyone was just throwing around esoteric film references that I didn’t know, and I’d go home and google all of them. I didn’t know what I didn’t know. The online film or Film Twitter community can sometimes feel insufferable — there’s lots of gatekeeping about knowledge and taste. My personal mission is to burn that to the ground. 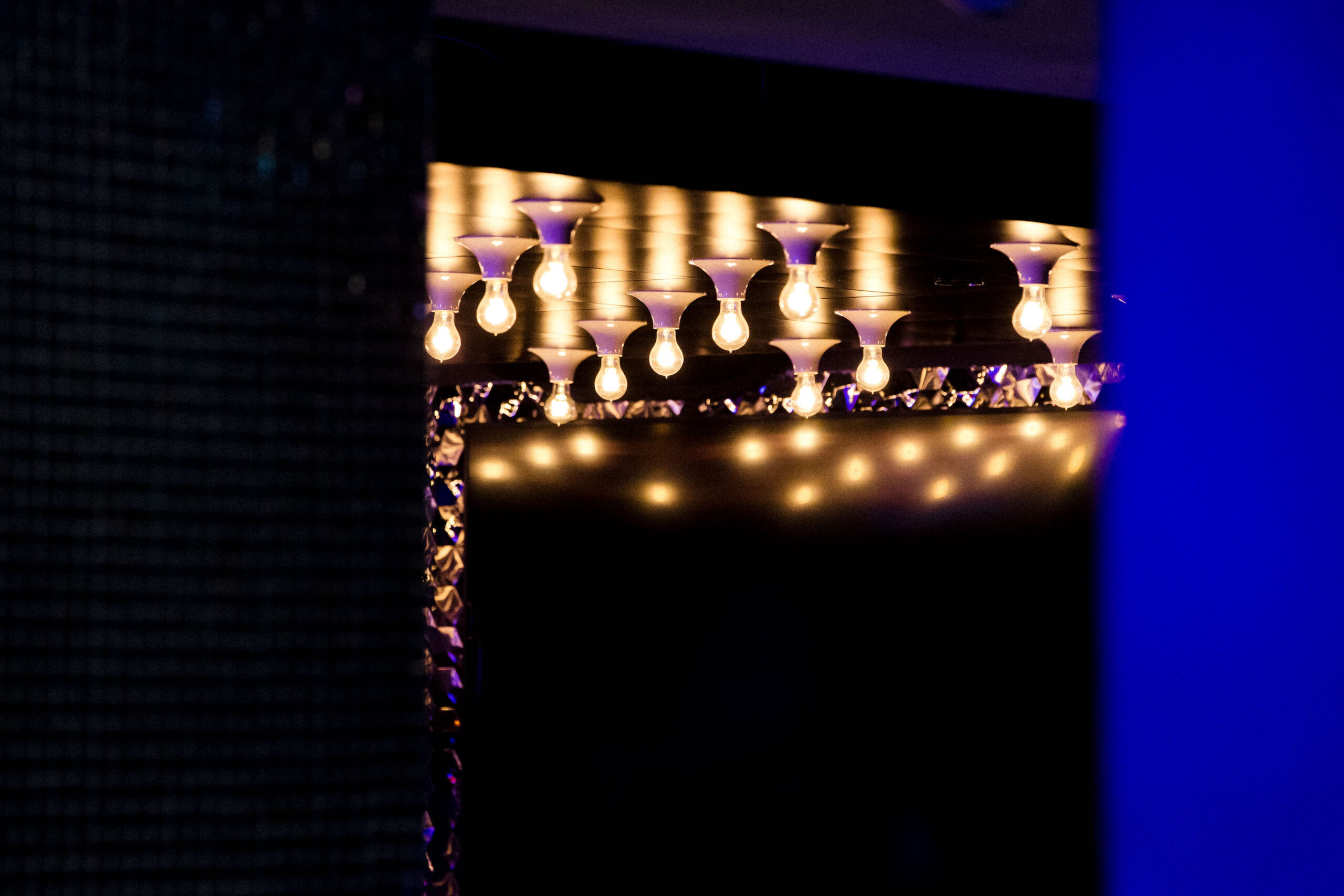 Speaking of personal missions, you just celebrated three years of sobriety. That’s a major accomplishment! Congratulations! What personal experiences have shaped you professionally? And what professional moments have influenced you personally?
I got sober three years ago, and I was given a lot of support on that journey. That isn’t something you can expect in every workplace, and it taught me to approach situations with empathy. I’ve found such an extraordinary community here at Sidewalk that has supported me personally. I was also carjacked at gunpoint outside of my house, and Chloe, our Executive Director, offered me a lot of space and time to heal from that trauma. I’ve learned that assuming the best of intentions in others will get you a long way. It costs nothing to be kind, polite, and respectful to others.
One of my favorite things about working at Sidewalk is the shared mentality of “all hands on deck.” No job is too big or small for any of us. I’ve had to make Walmart runs to pick up lemons and limes because we forgot floral arrangements for a party or had to run outside in the middle of an event to hold down tents that were blowing away. It’s important to have a team that is always prepared for just about anything and operates with a good sense of humor. It’s taught me not to take myself so seriously. 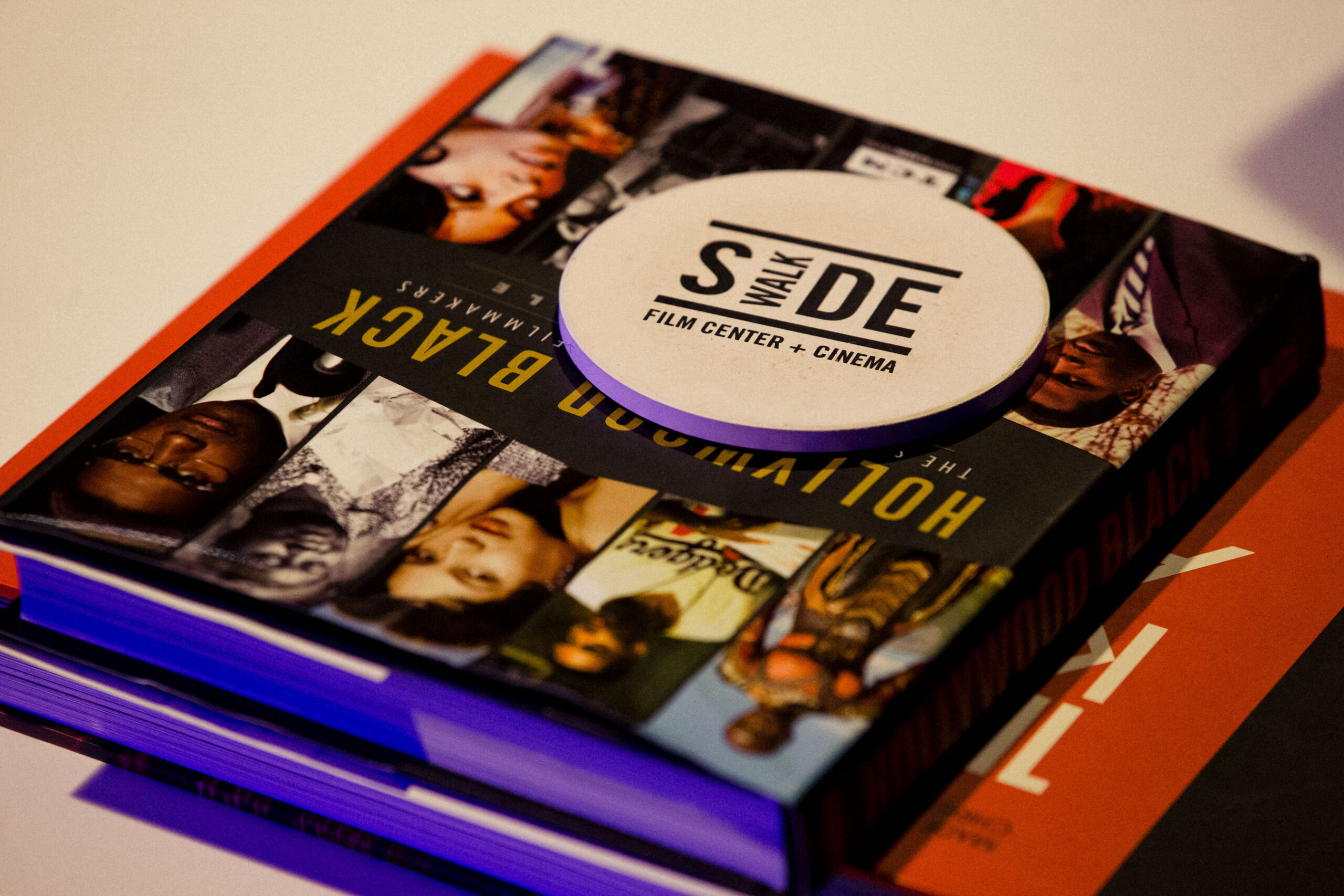 No one was prepared for the shifts we had to make last year when COVID-19 hit. With Sidewalk’s premier event and main source of income being a public festival, your team did an incredible job adapting last summer to drive-in movies and a reimagined version of the film fest. How did your educational programming evolve? How will it continue to evolve?
When the pandemic hit, we shifted our programming to be all online. Now, as the community is getting vaccinated, I think we will scale back our virtual offerings. We will be adding a new book + film club soon, focused on adaptations. It’s a non-intimidating way to enter into a cinematic conversation because most people have either read the book or seen the movie.
We also started an in-school program this past year which was a big accomplishment, considering it was entirely virtual. We offered it to three different middle schools. The objective was to be supplemental to their existing curriculum. So, in a history class, we wrote and recorded some monologues about the Harlem Renaissance. In another class that was studying government, they came up with a “political boxing match” story and had two sides duking it out. It added a different perspective to learning and retaining subject information that might not capture kids’ attention the same way. Next summer, we will be offering day camps! 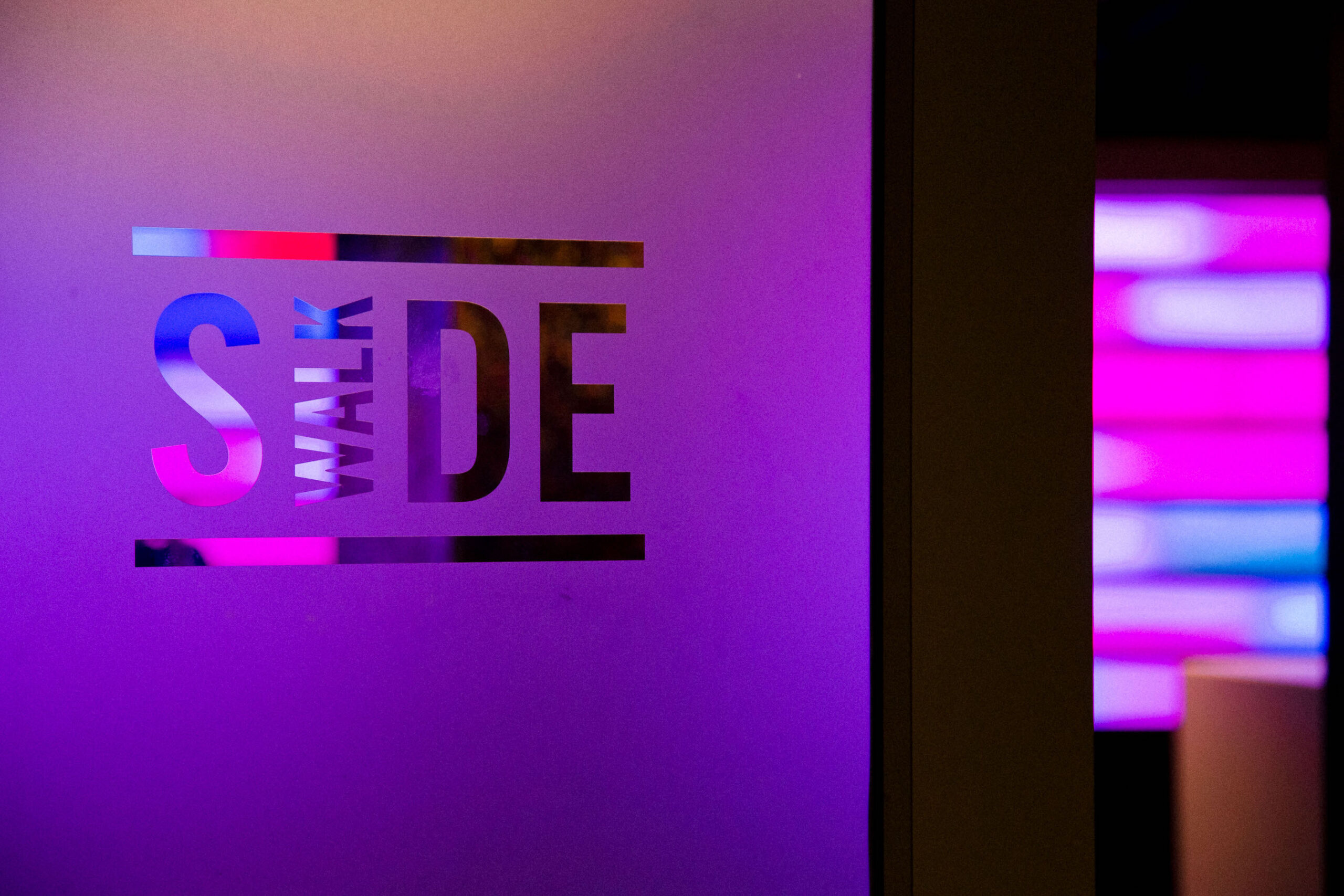 Sidewalk returns to its downtown Birmingham footprint next month. What are you most looking forward to?
I’m excited to return to our downtown roots this year. Last year, we were fortunate to be able to use the Grand River Drive-In. It was a lot of fun, and making the shift was a big accomplishment, but it wasn’t the same. Part of the film experience is getting to see the collective reaction of the audience. I like to stand in the back of the theater and watch everyone’s faces.
We will have free panels, open to the public, during the festival this year. We love pulling in our local and visiting filmmakers to lead conversations. It’s great to have new perspectives, but our goal is to spotlight the talent we have here. I also supervise the screenplay competition, and we will do table-reads for the winners. 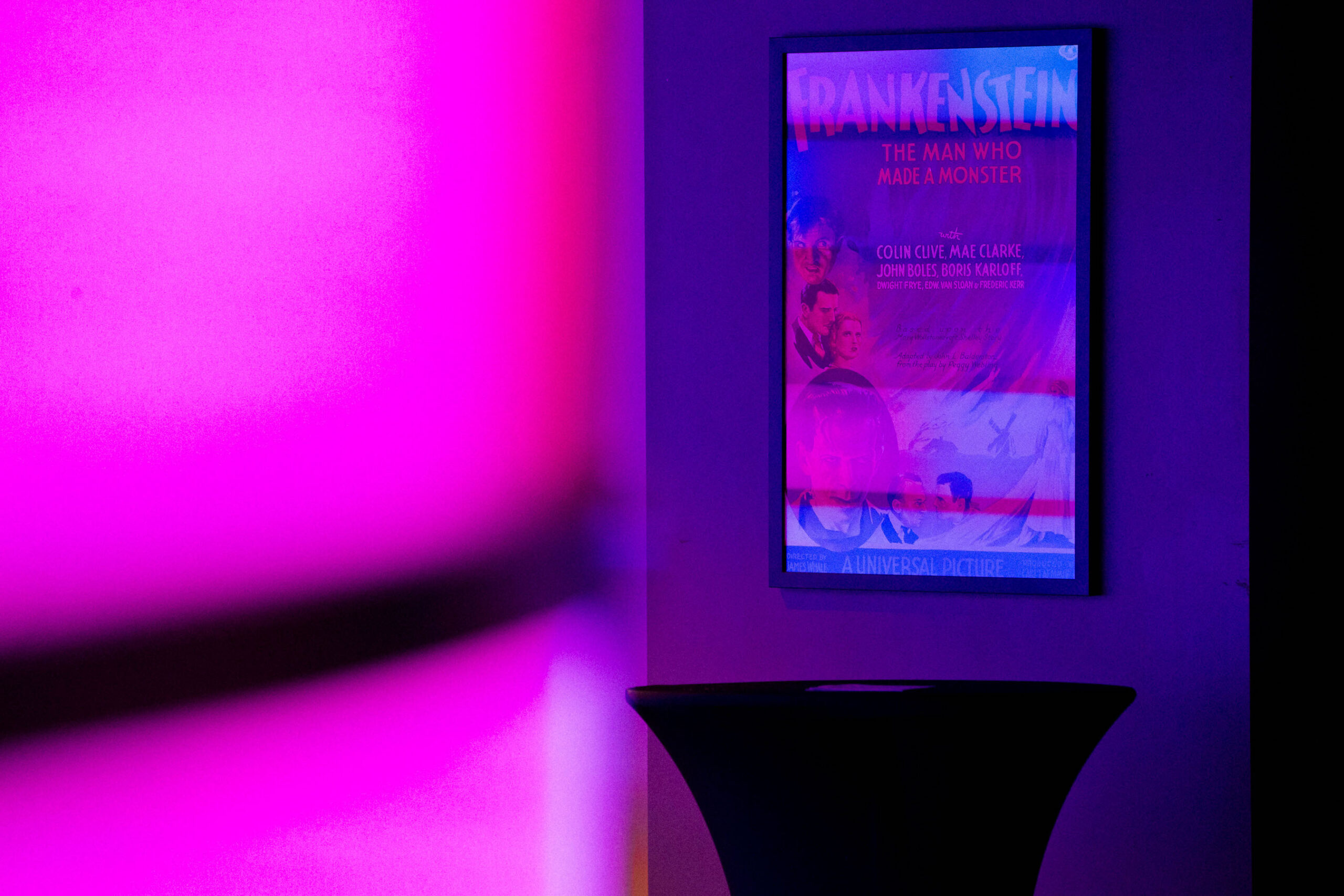 What do you want to see change as Sidewalk continues to grow? How can Birmingham support you?
We have fans all over the world. We’ve made all kinds of national and international lists as one of the top film festivals. Our struggle is increasing awareness and activity within Birmingham. Sidewalk is meant to support our community, and we want our community to support us!
Our original focus was getting people to come to Birmingham and recognize the creative community and film interest and opportunities here. We’ve spent over 20 years bringing outsiders in. So, our objective now is to create real engagement locally and a sense of community pride. I hope that people will think of us as a destination to meet up with friends or bring guests from out of town.
We hope to resume operating seven days a week. Right now, we are doing public screenings Thursday through Sunday. But people can rent out the cinema for private screenings. Building the cinema was a big undertaking. Now, we want to make sure people use it!
You can learn more about Sidewalk Film + Cinema, purchase passes for Sidewalk Film Festival, view current and upcoming showtimes, and reserve the cinema for a private screening here. 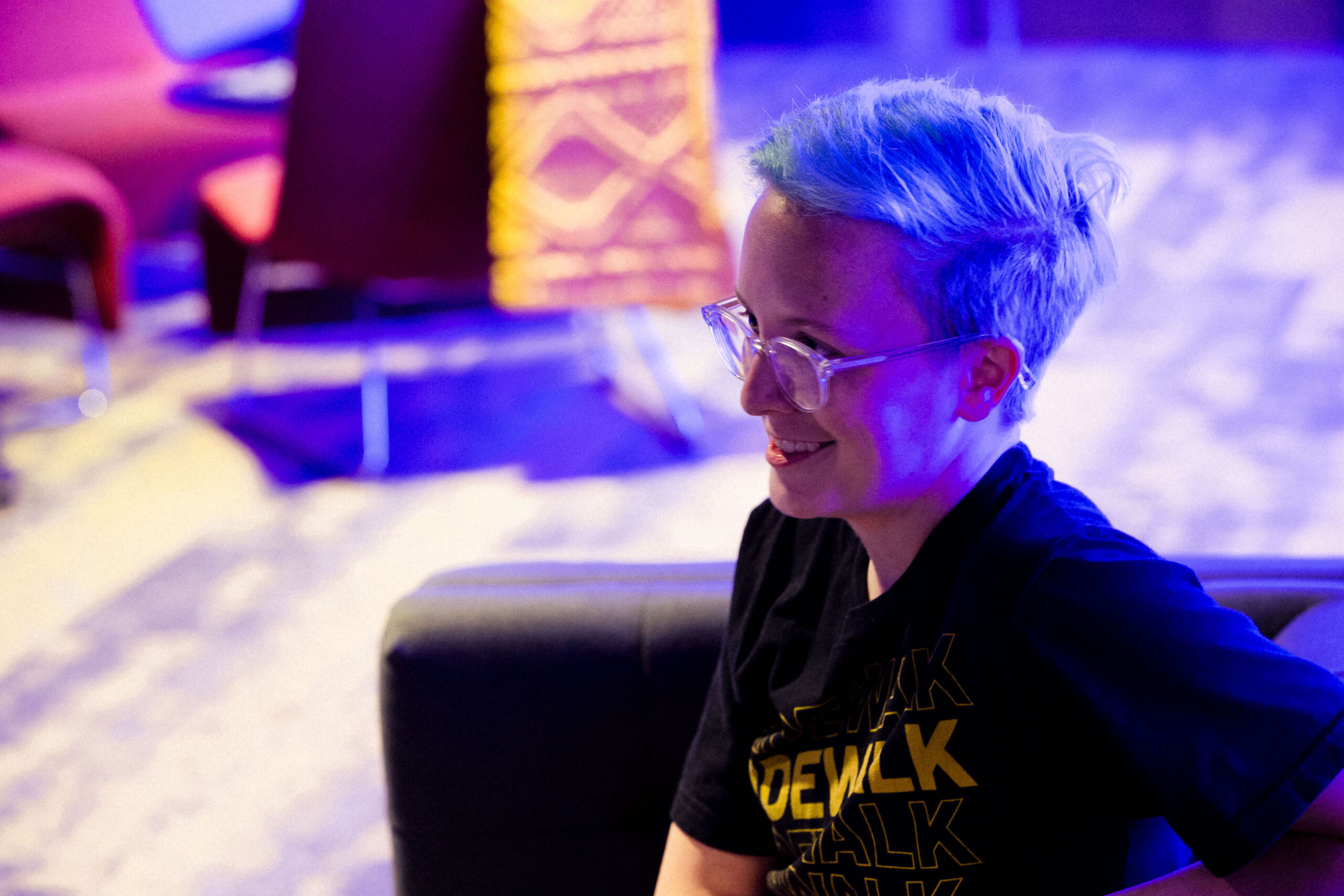