I Create Birmingham: Will and Reed Lochamy 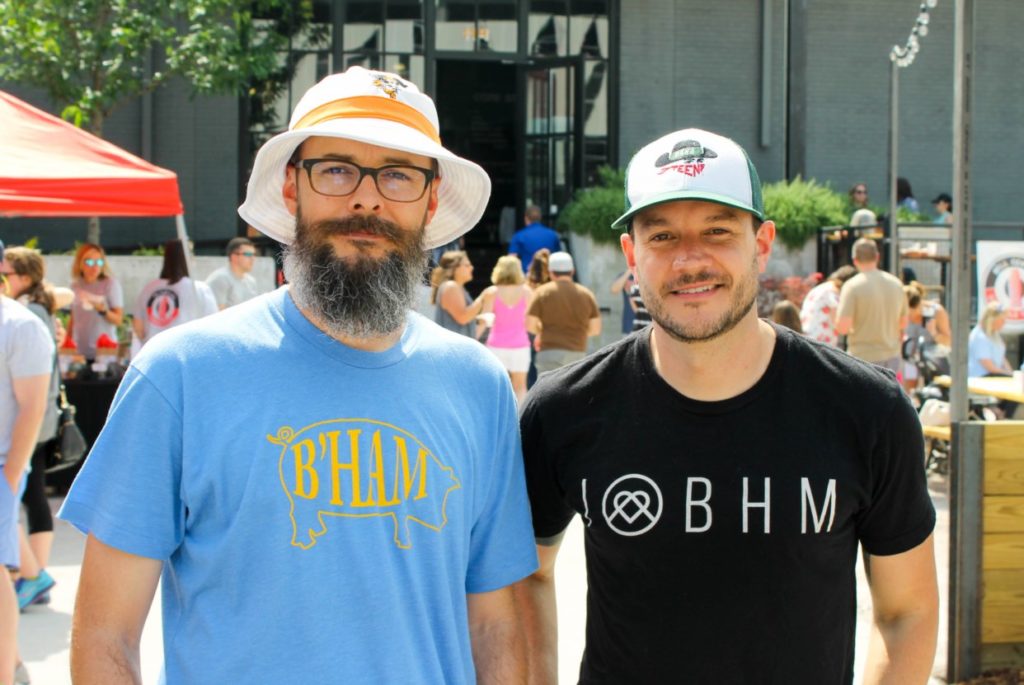 "At the end of the day, we are storytellers and fortunate to have the platform to share what’s important in our city, our state, and our world."

Will and Reed Lochamy finish each other’s sentences. Perhaps that’s to be expected of siblings, particularly those who co-host a weekly radio show, live only miles from each other, and share a family dinner every Tuesday night. From music and sports to politics and hot button current events, there isn’t much the two can’t or won’t discuss on their show Oh Brother Radio. This week, the duo talked about how they got their start, sibling rivalry, and the stories that stick with them.

Tell me about your career paths. What led you to working together?

Will: Our dad was a radio personality, working with Paul Finebaum in sports talk radio. We were always around it. One day, I wandered into a studio that was airing a kind of love line show. They thought it would be funny to have a kid answer some of the calls and give feedback. That was my radio debut.

Reed: Will may have been one of the youngest voices on air. While he was pursuing music and managing a bar, I was working in the nonprofit world at Safehouse. I had majored in English at Birmingham-Southern and worked towards a master’s degree. I now teach English and tennis at Hoover High School.

Will: We were both experiencing some personal and career transition. Podcasts were a relatively new concept, and I approached Reed about doing a podcast together. Birmingham Mountain Radio ended up asking us to air our program weekly, and we were the first voices on BMR.

You could be called hometown heroes. Both of you live in the same neighborhood where you grew up. What has kept you in Birmingham?

Will: Our family is close. We actually only live a few miles from each other and a few miles from our childhood home, where our parents still live. Most of my friends are the same friends I had in elementary school. Even during my times as a touring musician, Birmingham was always home base. Wherever I was, I always wanted to come back.

Reed: It’s definitely the relationships that have kept me here and the feeling that I had a chance to do something important in Birmingham. The evolution of our city over the past six to eight years has been incredible to watch and be a part of. And besides, I know where all the grocery stores are. That makes it hard to leave.

Do you two ever experience any sibling rivalry?

Reed: Ha! Aside from a healthy half-court shot competition that is ongoing, we aren’t very competitive. We both have unique skill sets and try to be respectful of each other and our contributions to the projects we take on together.

Will: Growing up, I always wanted to do whatever Reed was doing, but it wasn’t about being competitive. We both like writing and running, but Reed truly excels at both of those things. He’s the guy actually winning the races.

Reed: No one actually likes running. We’re all just doing it for that smug sense of accomplishment afterwards.

What interviews or shows have meant the most to you?

Reed: We were the first to have the opportunity to interview Anthony Ray Hinton, a man who spent thirty years on death row for crimes he did not commit. His attorney was Bryan Stevenson, the founder and Executive Director of the Equal Justice Initiative in Montgomery. Hinton’s release was a historic moment, and we felt privileged to get to share his story.

Will: Another interview that stands out in my mind was an interview with the mother of a transgendered fourteen-year-old from Trussville who committed suicide. It was heartbreaking, especially as a parent myself. I’ve kept in touch with that mother and have a relationship with an extraordinarily strong person I probably wouldn’t know otherwise. At the end of the day, we are storytellers and fortunate to have the platform to share what’s important in our city, our state, and our world.