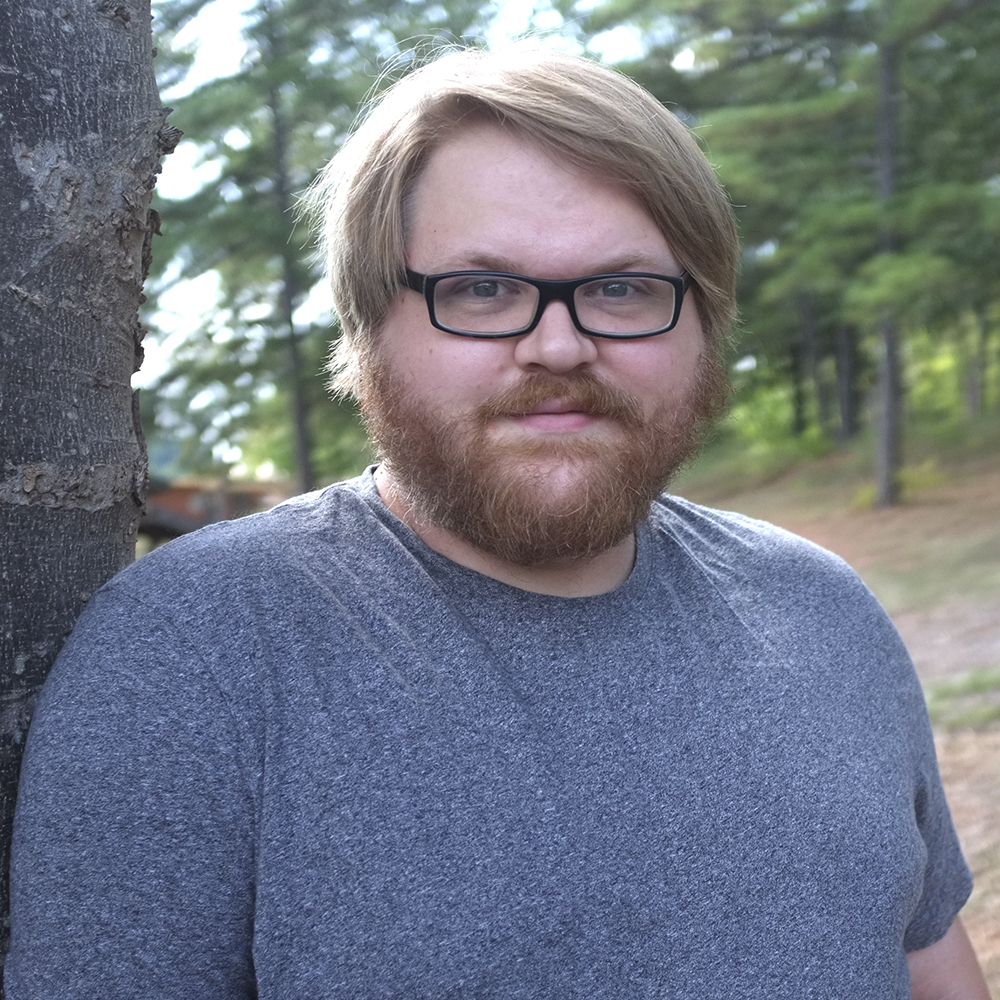 “Both professional and non-professional, the different kinds of shows that our theatre scene offers are just mind-blowing. Plus, the spaces here are so unique so it requires everything to be staged so imaginatively.”

Miss Fancy is making its debut on September 15th. Can you tell us a little about the play?
“Miss Fancy” is the story of Avondale’s most infamous resident, Miss Fancy the elephant, and her relationship with John Todd who was her keeper. It spans her entire tenure in Birmingham from 1914 to 1934, and the whole thing is staged like a cabaret act – heavily inspired by popular torch song artists like Billie Holliday and Ella Fitzgerald. It’s a one-woman show (or as Miss Fancy calls it, “a one pachyderm show”), and it makes for a very intimate evening of theatre based on an incredibly interesting true story from Birmingham’s history.

What’s your process for taking a play from concept to stage?
Sometimes you get an idea. Or you might see something in a photograph, or hear something in a song, that triggers something in your imagination that says, “There’s a story there!” So, for me, I sit down and try to figure out what is this story, and how do I tell it? I went through a lot of ideas on how to tell the story of Miss Fancy. But, in my opinion, there was no way of telling the story in a traditional manner that a) wouldn’t require the puppetry skills of a show like “War Horse” or b) wouldn’t require the audience and the actors to imagine an invisible elephant onstage for 2 hours….and while, I certainly could have done something like that, I felt it was unfair to have the main character of the play be unseen. Then, one day, I was listening to some old jazz artists and thought to myself “I bet Miss Fancy would have identified with that song,” and something clicked and suddenly I knew how I needed to tell this story. Once, you’ve got a script, you have to have the right actor that’s really going to get what you’re going for, and really bring it to life. And, I knew Brittney Williams was the perfect and only choice really, for Miss Fancy. I was over the moon when she agreed, and every night I watch her in rehearsal and I totally believe that she is an elephant imagining herself as a music hall singer of the 1930s.

What about Birmingham’s theater scene sets it apart from neighboring, bigger cities?
Well, first of all, the diversity is just crazy. Both professional and non-professional, the different kinds of shows that our theatre scene offers are just mind-blowing. Plus, the spaces here are so unique so it requires everything to be staged so imaginatively. A show you see staged in our theatre (located in an antique store) or Birmingham Festival Theatre (which used to be an old meat locker 50 years ago) is going to be completely different from how you see a show staged anywhere else. Partly it’s out of necessity, and partly it’s because the people and our audiences here are so darn creative!

What’s in store for Theatre Downtown next year?
We are opening with an absolutely chilling adaptation of “The Birds.” It’s based on the short story that Hitchcock adapted into the famous film. And the playwright, Conor MacPherson, is known for edgy and gritty stuff. It’s just a great script. Other than that, we have a few older shows that I felt deserved another look (“The Miss Firecracker Contest” by Beth Henley and the absolutely terrifying “Bad Seed” by Maxwell Anderson, which was also adapted into the movie of the same name in the 1950s.) We’ve got a Del Shore’s classic “Southern Baptist Sissies” coming next summer, and then some new shows that have never been done in Birmingham before, like “Trevor” and “Nana’s Naughty Knickers”. Plus, we started a short play festival last year to help train new directors and give less experienced actors a chance to try acting for the very first time. That’s going to be in March, and I’m looking forward to that.

How would one go about getting involved with Theater Downtown?
Like us on Facebook. We post all of our information there regarding auditions and volunteer needs. Or you can message us directly and let us know how you’d like to get involved. Our theatre has only been able to make it this long with help from all of the volunteers who keep Theatre Downtown going. We love them, and we are always looking for more!