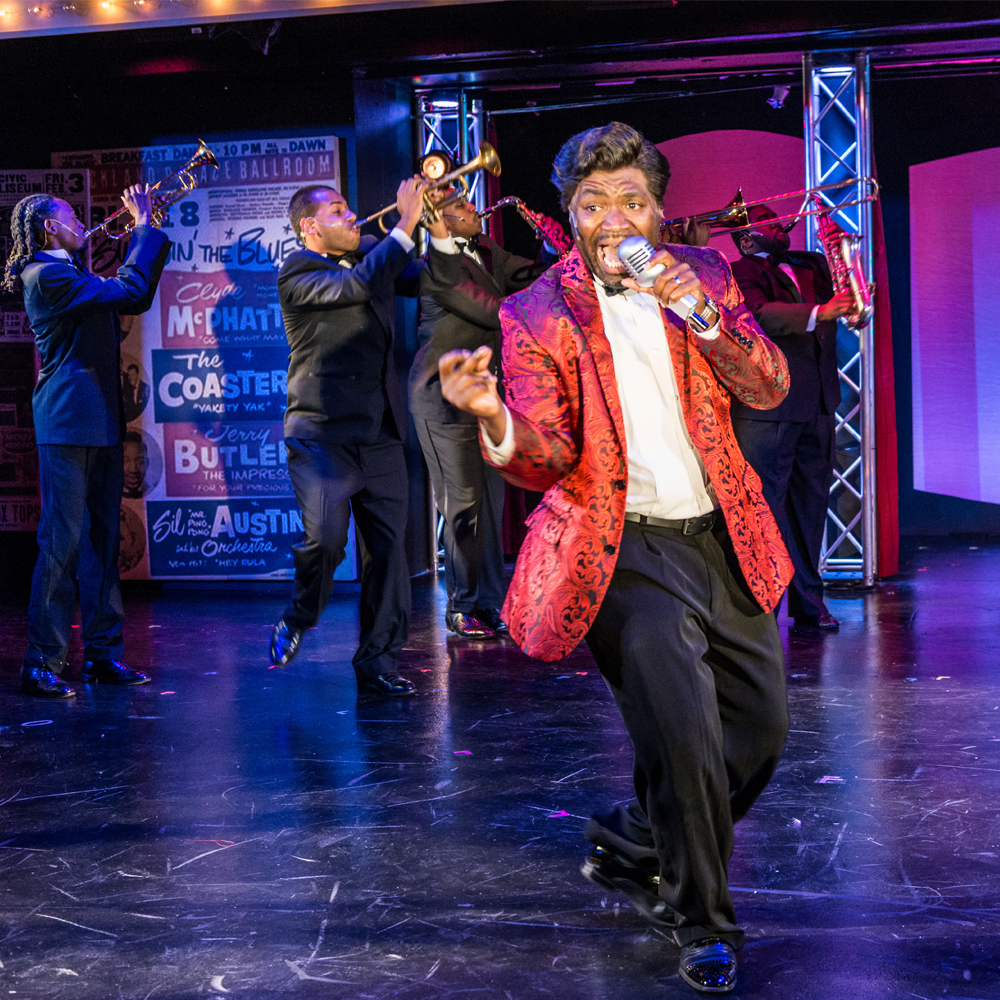 “What makes the Birmingham theatre scene unique is that there are all kinds of theatres that cater to various appetites of several audiences.”

Cameron White, a multi-talented mainstay of the Birmingham theater scene, is currently starring in the Red Mountain Theatre Company production of Dreamgirls. The award-winning musical, which chronicles the career highs and lows of a group of R&B artists in the 1960s, runs from May 12 through 28 at the RMTC Cabaret Theatre.

You’ve been appearing regularly on Birmingham stages for more than a decade now. When did you first begin performing, and what attracted you to the theater?

I first began performing, like many others, in church plays, giving speeches on Easter and in Christmas productions, being a part of marching bands and choirs.

My very first taste of the theatre realm was at Alabama State University under Dr. Tonea Stewart when I auditioned for The Wiz. My first time performing here in Birmingham was with Red Mountain Theatre Company, formerly known as Summerfest, in Smokey Joe’s Café. What attracted me to theatre or the performing arts is the showmanship and the art of embodying a character, having the opportunity to create and pull from my own experience of life and releasing it on stage.

Do your own experiences as an artist influence the choices you make playing Jimmy Early? Is it especially challenging to play a character who is himself a performer, given that in some sense you have to create a show within the show?

A lot of times you pull from your own experiences at different times that call for it in scenes for a character. So yes, my own life experiences as an artist influence my character.

It can be very challenging to play a character who is a performer. This character, James “Thunder” Early, is a combination of Marvin Gaye, James Brown and Rick James, among others, all wrapped up into one. In researching these performers, I’ve learned when to pull from each performer as it relates to the appropriate scene.

You’ve been in a number of productions with Red Mountain Theatre Company. Any particular favorites over the years?

A few of my favorite performances over the years would be, of course, Smokey Joe’s Café, the original production Doo-Wop, Once on This Island, The Color Purple, The Wiz, and Dreamgirls.

What advice would you give to someone wanting to get involved in theater in Birmingham? What do you think was most helpful to you in developing your talents?

The advice I would give someone wanting to get involved in theatre here in Birmingham is to first of all just jump into auditioning. Connect with someone who can mentor you. Go online to various theatre companies and get on their audition list.

What was most helpful to me in developing my talents was being a part of other sectors of the arts, i.e. the marching band, choir, and other extracurricular activities in school or around the community. I learned discipline, and I learned the process of creating, executing, and producing a quality product.

What do you think makes the Birmingham theater scene unique? What would you like to see more of in the future?

What makes the Birmingham theatre scene unique is that there are all kinds of theatres that cater to various appetites of several audiences. There is a flavor for every kind of taste of theatre that you desire here in Birmingham.

In the future, I would like to see more ethnic shows that have not graced the stages here in this city. I would also like to see a very diverse theatre company that enriches the community at large in areas that are underserved and creates a way for all to learn, create, and operate in the arts. Art imitates life, which means that life is art.