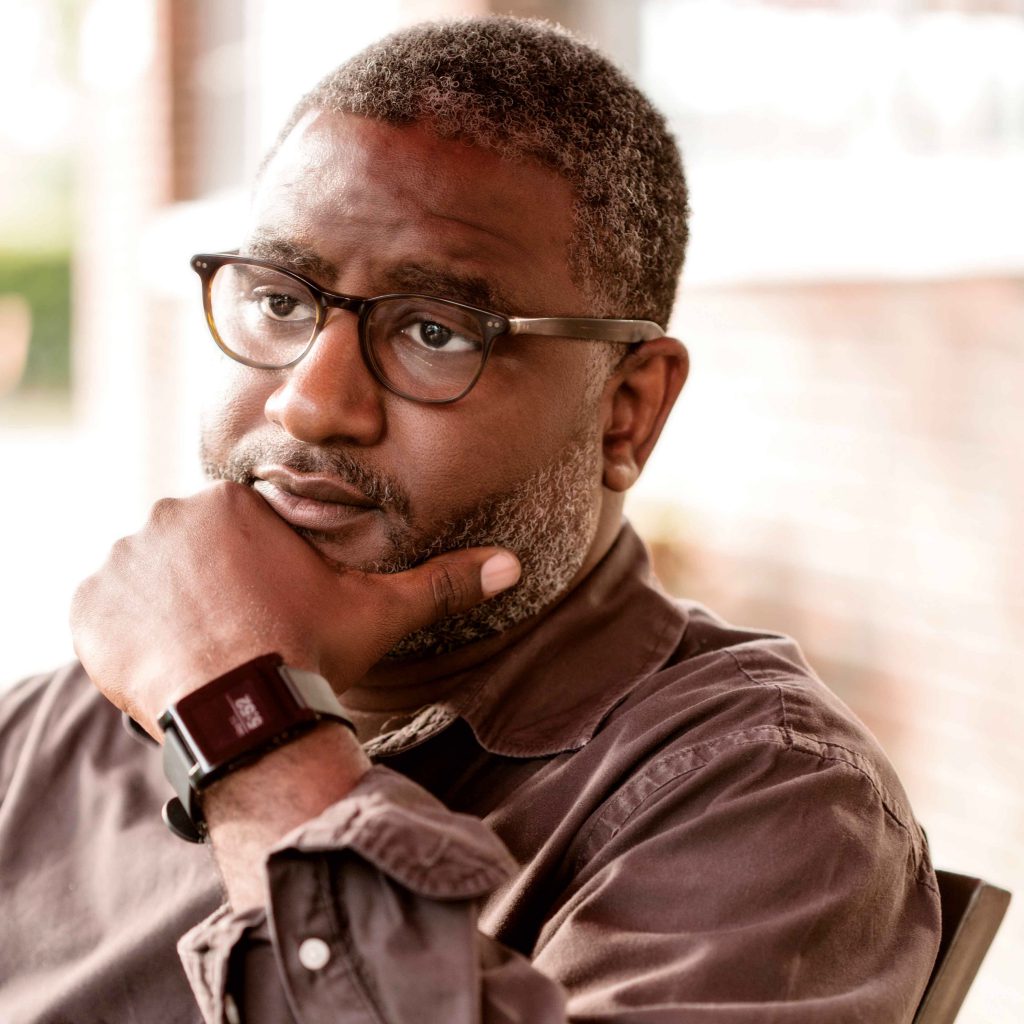 “Everybody is making things up as they go. The successful seem to plan as much as possible and find the team of people they need to accomplish the task at hand.”

The latest projects by the multi-talented artist and educator Al Elliott, who performs under the moniker Thed Weller, are bringing local artists together to entertain and inspire each other, their audiences, and the broader community.

Your vision is to open a growlery in the heart of Birmingham’s Civil Rights District. For our readers who don’t know, what’s a growlery?

The short answer is a place to think and write. I first got the idea after visiting Frederick Douglass’ house in Washington, DC about eight years ago. I was in town for the first inauguration of President Barack Obama, and my Uncle Dennis, who lives in DC, gave me a tour of the city while I was there. I was expecting to see some sort of log cabin or something. I knew that Frederick Douglass was a former slave so I was thinking meager accommodations. I was surprised to see a large multi-story home on an estate surrounded by a wrought iron gate. In the back of his home was a small one-room house. The only furniture in it was a table and chair. He called it his growlery. It’s where he went to think and write. I was so impressed by this that I kept a personal growlery of my own.

When I enrolled in CO.STARTERS, my original idea was to open a membership-based coffee shop with a focus on literacy. A “community growlery.” A place to un-silo the knowledge of the community to flow back into the community. The Growlery will publish the works of members and patrons so that anyone that frequents the establishment could gain insights from their community. There will also be technology (laptops, computers, tablets, etc.) available for members to use and meeting spaces.

As a recent graduate of CO.STARTERS, how did the program shape your idea of starting small and scaling up?

CO.STARTERS was great for helping me understand the value of starting where you are. I don’t have Scribes | The Growlery open yet, but that didn’t stop me from having growlery events. The small business owners that CO.STARTERS brought in to speak with my cohort each week helped me see that nobody has it all figured out. Everybody is making things up as they go. The successful seem to plan as much as possible and find the team of people they need to accomplish the task at hand. Learning how to build an effective team was a crucial part of what I got out of CO.STARTERS. It also helped me see that time, and how you use it, is perhaps the most critical ingredient to whatever you want to do in life. Oddly enough, it actually takes ten thousand hours to become an expert. The good news is, with the right team, you can pool your hours.

Your next event is on Thursday, June 22nd. What can the audience expect from It Is Written 2?

It Is Written 2 is a public writing assignment disguised as a concert. I’ve asked 12 of Birmingham’s premier artists to take suggestions from the audience and write a 16 bar verse based on that suggestion. They will each be given one hour plus a pen and a pad to write their verse. While they are writing their verse, the audience will be entertained by the sounds of DJ Chocolate of Hot 107.7 and DJ Jeff C of the hip-hop group The Green Seed.

The event is also a fundraiser for Kuumba Community Arts. This nonprofit is dedicated to empowering youth to turn their visual artistic talents into career paths. There will be visual artists creating works of art live while this event is happening. There is a VIP area where the “scribes” will write their verses. If you purchase this ticket, you are invited to a 7:30 pm meet and greet session with all of the scribes, both DJs, and the hip-hop collective Dat2. Food for thought for VIPs will be provided by Eryka Perry’s Not Just Catering and Chef T. Randle’s Underground Cooking Academy.

You had your first event at the Birmingham Museum of Art in April. How will this one at Saturn differ?

This time we’re adding DJ Jeff C of The Green Seed to the show. There was no outside food allowed in the museum so the addition of the chefs for the VIP area is new. We will also feature four different producers who will play a portion of their tracks live for the audience. Using their devices, those in attendance will be able to vote on which track they would like to hear the Scribes write to. There will also be an artist market happening during the show. There will be jewelry, paintings, music, and other crafts for sale during the show. The audio of the entire first show is uploaded to Soundcloud so those that are interested can listen to our first attempt.

What’s your vision for the future? What can we expect next?

You can expect #ItIsWritten3 during the week of the Magic City Classic in Birmingham this October and a physical location opening in Birmingham in 2018. You can also look forward to It Is Written 4, 5 and 6 next year!