"I think about Vulcan’s pose a lot and how it aligns with how I feel about my role. He’s looking up and towards the future... He’s a symbol of what can be accomplished through hard work and a link from our past to our future."

As the President and CEO of Vulcan Park & Museum for nearly two decades, Darlene Negrotto has forged her presence as one of our city’s beloved civic leaders. Darlene is focused on cultivating a greater sense of hometown pride and an expanded knowledge of our city’s history for Vulcan Park’s local visitors, as well as bolstering support and excitement for our community at large.

So many organizations took a hit last year because of COVID. You recognized opportunities and have been resilient even when budgets were cut. How was Vulcan Park & Museum affected?
Like many organizations, we were closed — as far as our operations, but the park grounds stayed open. It was really important to us to provide a place of peace and fresh air and for families to be able to let their kids run around and blow off some steam. We also had access to Vulcan Trail which has stayed open throughout the pandemic. We were able to keep our staff out and active — overseeing the grounds and opening the gates in the morning.
The pandemic definitely affected our earned income — which is about 50% of our total financial need. City funding is typically 20%, but it was cut in half last year with the rest of the city-owned institutions. We are owned by the city, but we are run by a nonprofit. We receive funding from corporations and municipalities, individual donors, and through our memberships. 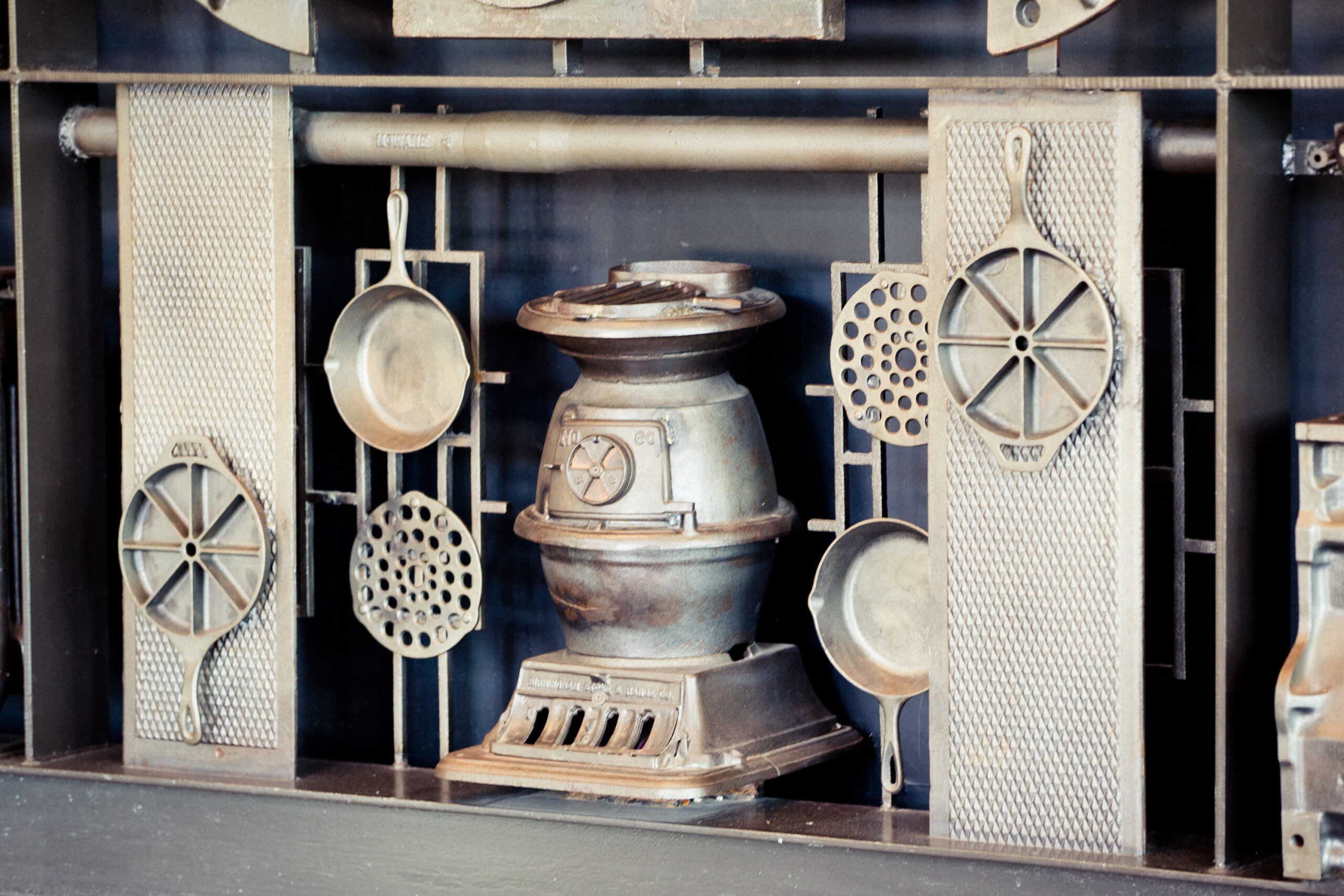 Vulcan and the City of Birmingham have a unique partnership. How does that work?
When Vulcan fell into disrepair and the park had to be closed in 1999, the city didn’t have the resources to do anything besides shutting down the park. The community stepped forward, along with some individuals who had a real passion for the history of Vulcan. They formed Vulcan Park Foundation and worked out an agreement with the city. At that time, it was a unique public-private partnership in that it allowed our foundation the freedom to take on the restoration project and operate the park. The city’s involvement is their financial support and having a representative on the board. We work closely with the city and certainly take into consideration Birmingham’s goals. 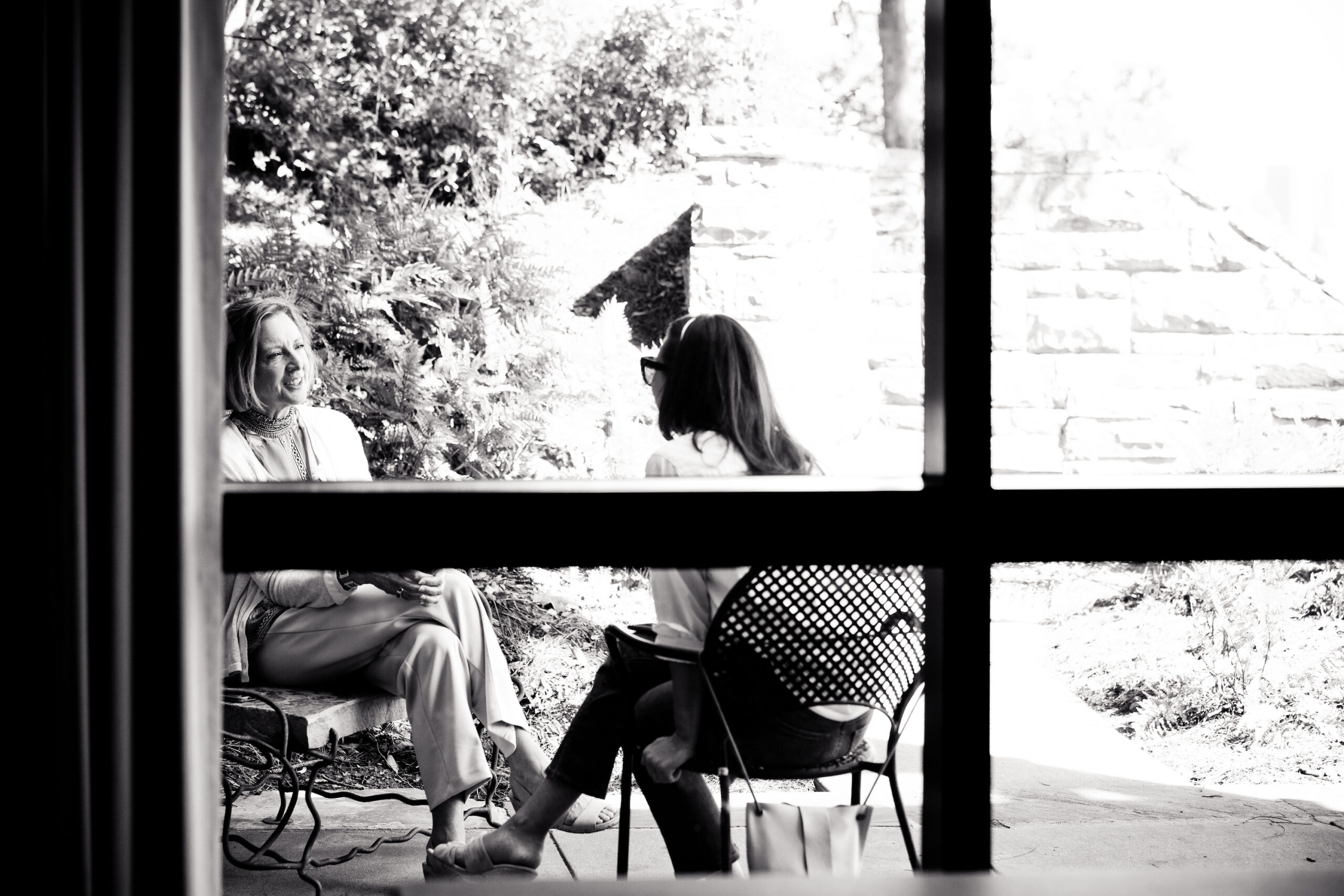 You began your career in the hospitality industry. What led you to pursue nonprofit work?
I am from New Orleans originally — a city steeped in history and with a vibrant hospitality industry. I traveled a lot with my family as a kid, and I had always loved the idea of working in hospitality. I moved to Alabama to run private events at NorthRiver Yacht Club in Tuscaloosa and started working for the Economic Development Partnership of Alabama. That was my first foray into the nonprofit world.
I moved to Birmingham after I was recruited for a position at the Harbert Center which carried me further into the nonprofit sector. A lot of people don’t realize that facility was built by the various service clubs that have their offices in there — the Quarterback Club, the Kiwanis Club, and the Rotary Club. In the late 80s, they were having their meetings in various event spaces around town without a consistent hospitality standard, so they raised millions of dollars to build a space where they could host their own events and open up the facility to others. It’s a testament to our community and the giving spirit that’s a big part of Birmingham’s identity. 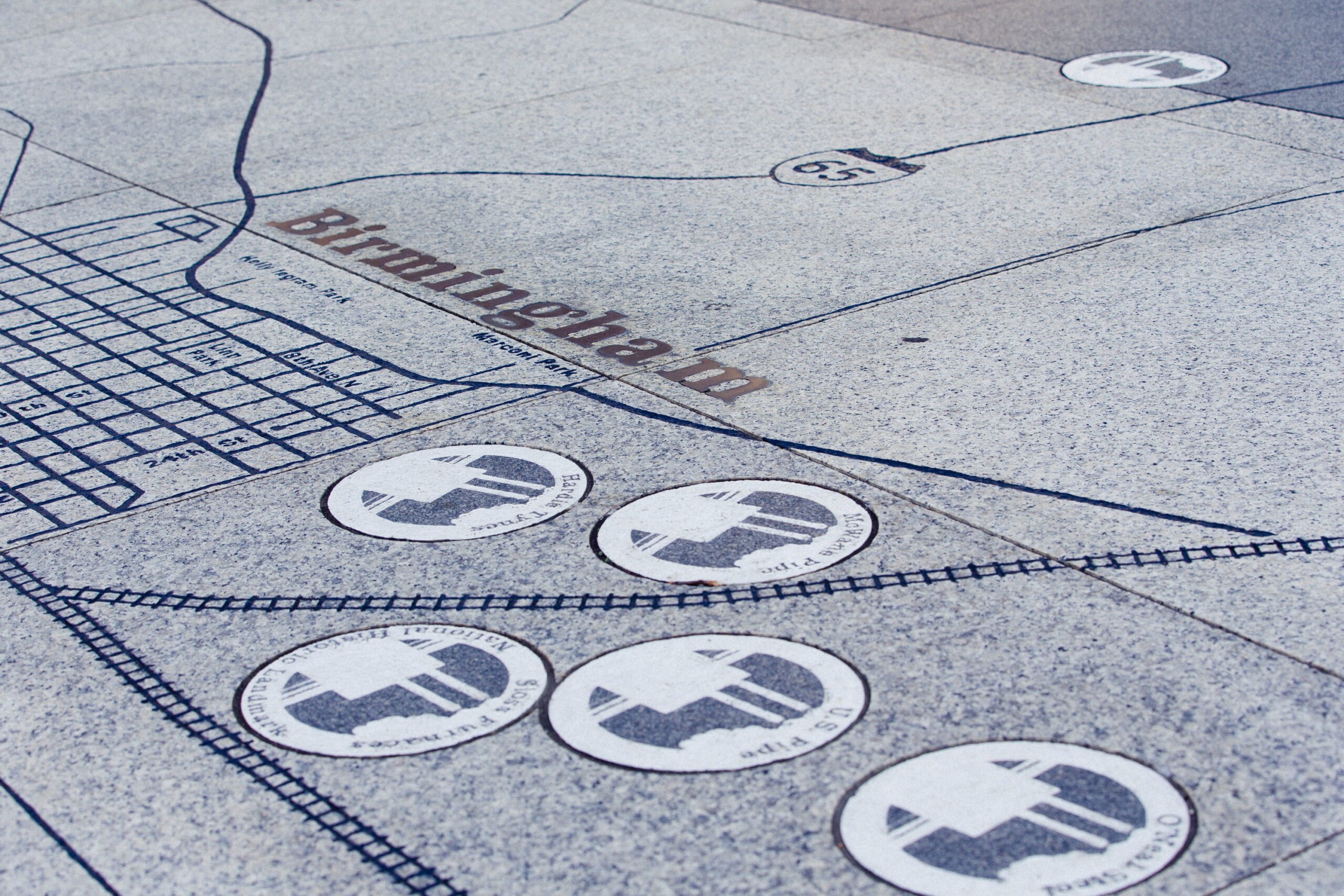 That’s such a lovely sentiment! So many of our conversations revolve around the “giving spirit” you mention. Birmingham has many facets to its identity — how we see ourselves within our community and how the world sees us. How do you think we reconcile the dark parts of our history with our bright future as a city on the rise? What part does Vulcan play?
Birmingham has struggled with our self-image. We have ghosts from the past and, for a time, we weren’t able to see beyond that and celebrate our positive qualities. We have such amazing restaurants and cultural institutions — the Birmingham Museum of Art, the Birmingham Civil Rights Institute, Sloss, and one of the best symphonies in the country! Sometimes, it takes an outside perspective to recognize what we are doing wonderfully. 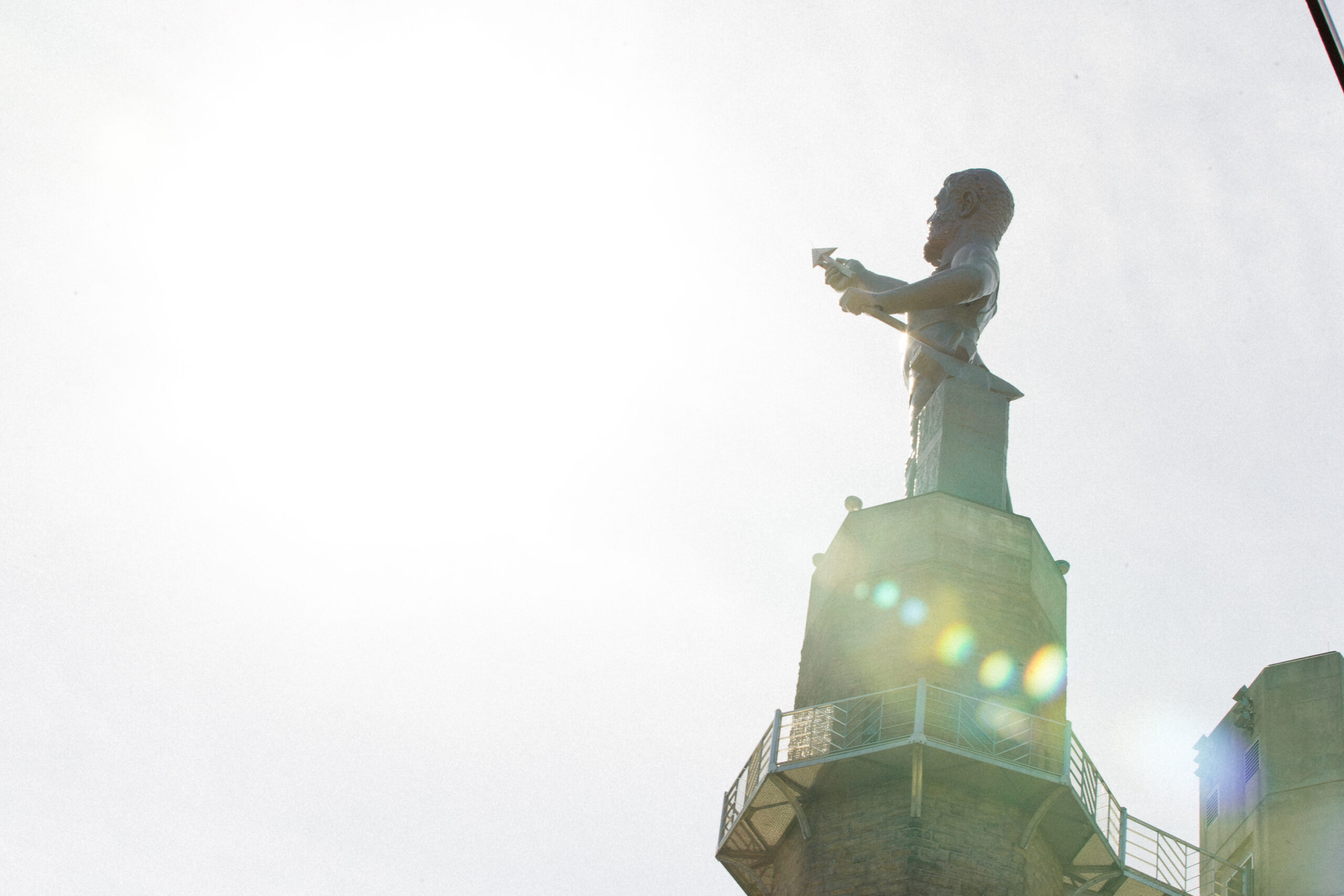 We have a beautiful facility, but I think what makes Vulcan Park & Museum special is the power of Vulcan’s symbolism. Part of our educational programming includes a play that we do where actors portray significant roles from our past. They talk about putting coal, limestone, and iron ore together to create something special where the sum is greater than its parts. There’s a line at the end where they talk about Vulcan not being black or white but gray; he’s the combination of all of us.
I love the educational role we play in our community. Watching field trips come through the park is one of my favorite things. Our mission is to encourage young people to think about who they are as individuals, who they are in the broader community, and to try to put them on the path of being civically involved and civic-minded so they can assume their roles as our future leaders. That’s an important conversation to begin when kids are little, and I love seeing little lightbulbs go off when they realize the world is so much bigger than Mommy and Daddy or their schools and neighborhoods. To watch them on that overlook, where they can see the whole city, and see the look on their faces as they begin to understand that there’s so much more out there for them to experience — that gives me chill bumps. 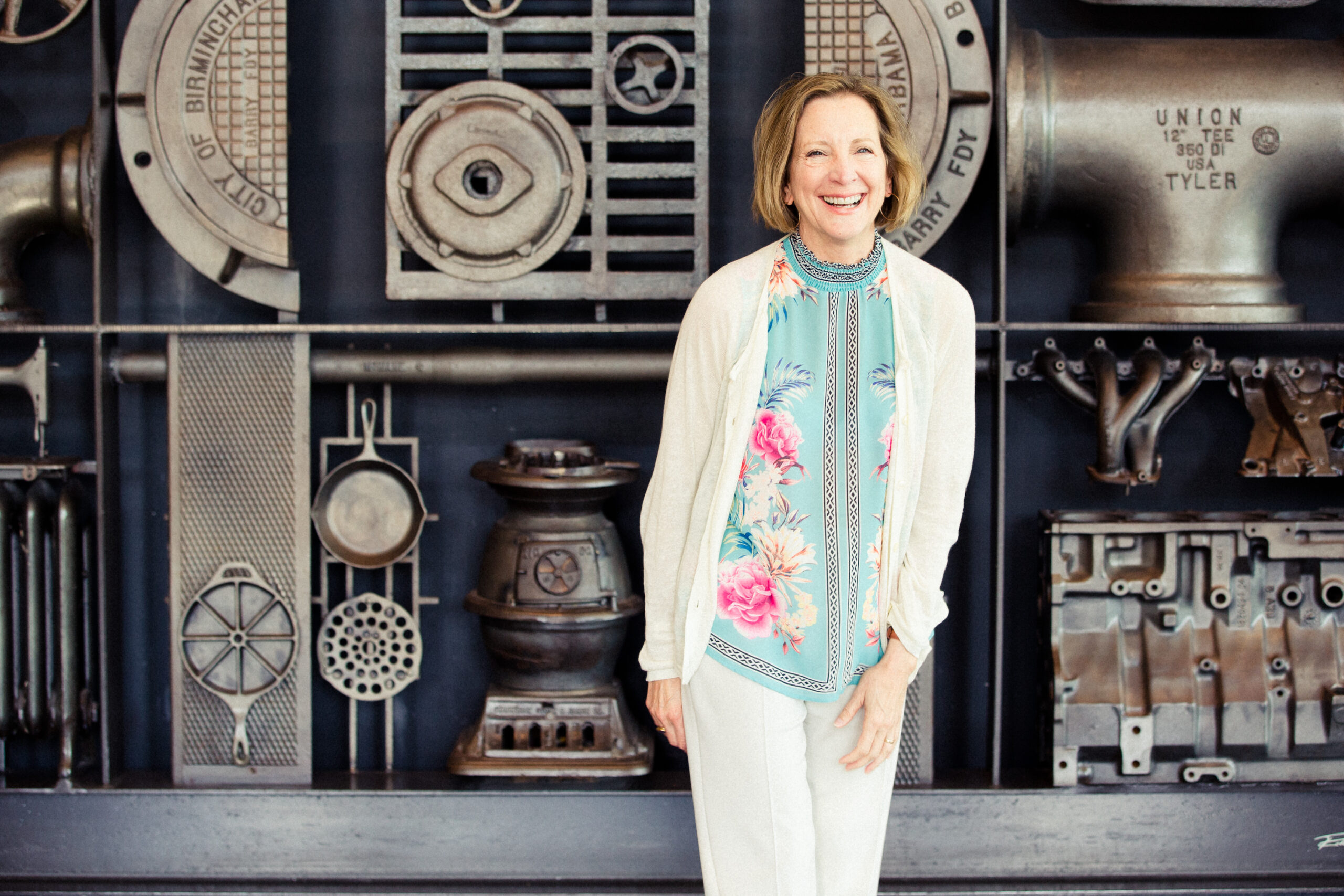 You’ve been in a leadership role here since the park reopened in 2004. As you reflect on your career here in Birmingham and specifically at Vulcan, what would you say has been your purpose?
My purpose is directly tied to this place. I’ve been here for 17 years, and I’ve had the great honor of being associated with this image of our community. I think about Vulcan’s pose a lot and how it aligns with how I feel about my role. He’s looking up and towards the future. He’s just done hard work — hammering out a spear point, and he’s checking to make sure his work is straight, true, and of quality. That inspires me. He’s a symbol of what can be accomplished through hard work and a link from our past to our future. Sharing that philosophy and inspiration with others is what motivates me. And I feel responsible for preserving and telling the stories of those who helped build this city and those who continue to grow our community in ways that make us special. 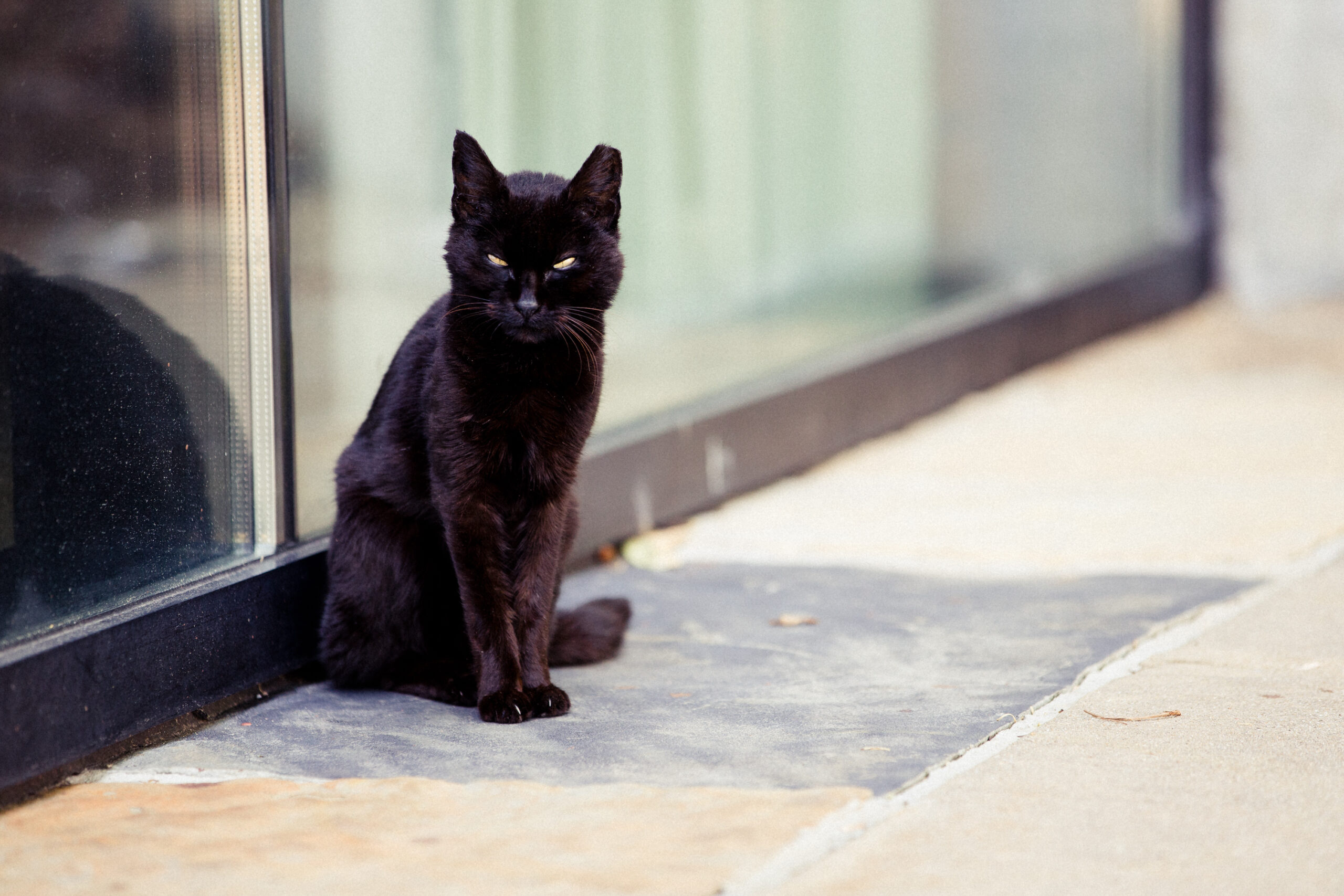 Speaking of looking forward to the future, Vulcan has some exciting summer events coming up! Darlene breaks down what you can look forward to:
“Vulcan is open seven days a week from 10 am – 10 pm. Even in the heat of the summer, we always seem to have a breeze! It’s a great spot for a family outing or a romantic date, and we have a kiosk that serves wine, beer, and snacks on Fridays, Saturdays, and Sundays.
This year, our Fourth of July fireworks will be bigger and better than ever! It’s Birmingham’s 150th anniversary, and we are excited to celebrate in a way that honors our community and feels extra special after a particularly tough year.”
“Vulcan’s 117th Birthday Bash will be Sunday, June 6th!
We will hold a celebration outside all over the grounds. GameStop will be set up for tweens and teens, and we’ll have free ice cream too! Tickets are available for advance purchase and will be timed out for crowd control.”
“We also just opened a new exhibit in our gallery, From Factory to Field: The Dream of Baseball in Birmingham.
Birmingham has a long love affair with baseball. It was a fundamental part of our company-town life and early industrial culture. Baseball united so many different groups of people within our city. We partnered with the Negro Southern League Museum, Rickwood Field, and some individual enthusiasts to curate this historically significant and also really fun exhibit!”
“We are also so excited to announce that we will have a commemorative license tag this year!
More than 75 percent of the proceeds will directly benefit Vulcan Park & Museum.”
PrevPreviousWe Create Birmingham: Daniel Grier
NextWe Create Birmingham: Buddy PalmerNext