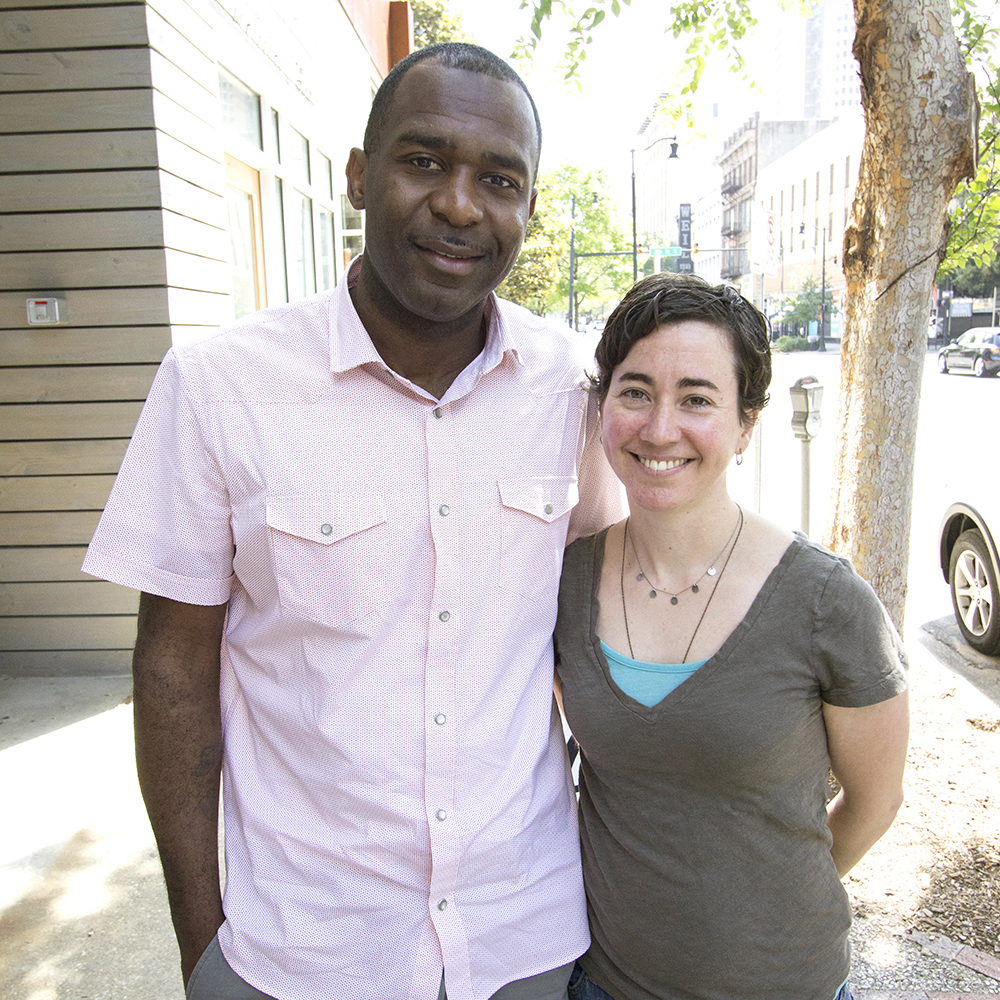 “For me, it’s just getting out there and really getting to test your assumptions. Do I have a viable product to put out to the market? You really get to test that and you get to meet people and talk to people. It forces you out there and you find out what people like and what they don’t like. What you need to change, what you need to add. I think every small business owner needs to go through CO.STARTERS.”

1. For both of you, your business is a passion that connects to home & childhood. Can you share some of that with our readers?

Zebbie: Being from East Nashville, you know, hot chicken has been around for three decades. It’s a concept that I think started in East Nashville. It’s been a favorite from my own neighborhood since I was growing up, and now it’s becoming a regional brand. I want to be the first person to bring it to Birmingham.

Theresa: I grew up in Crestwood and lived close enough to Crestwood Park that I would walk there pretty often to meet up with friends. I always wanted to be able to go somewhere in the area and get a treat. We used to go to the Chevron and get sodas, but that was all there was. I’ve just always wanted ice cream in the neighborhood.

At that Chevron there was a guy named Danny who knew us and watched over us. Our parents knew him and it was just a neighborhood thing. I want to be a part of that as an adult because it was such a fun piece of my childhood.

2. There is a lot of fried chicken & ice cream out there. What sets your taste apart?

T: I think just the craft, locally made, and the desire and the love that I put into it sets it apart. There are no other local ice cream places that make their own ice cream and I want that here. I want to go there myself. I don’t use artificial flavoring or colors and I want to offer an alternative.

Z: For me, hot chicken is just hot. It’s southern fried chicken, but I want to bring more flavor to it. It’s something as simple as fried chicken, but it’s a real complex animal once you taste it. It’s not just the heat; it’s all sorts of flavors that you get from chicken. I just want to blow people away with flavor.

And not just the chicken, but the side items. Awesome southern side items with a twist on it. We’ll have cole-slaw, sautéed summer corn, and other side items that will blow you way.

3. How did the 9 weeks in CO.STARTERS help move you forward?

T: Without CO.STARTERS I don’t even know where I’d be. I would probably still be in the concept phase. I would have made a lot of ice cream, but I certainly wouldn’t have sold any of it. It would just be an idea.

The information was amazing and well presented, but it’s really the connections I’ve made through CO.STARTERS. I think that it pushed me forward three years in nine weeks.

Z: For me, it’s just getting out there and really getting to test your assumptions. Do I have a viable product to put out to the market? You really get to test that and you get to meet people and talk to people. It forces you out there and you find out what people like and what they don’t like. What you need to change, what you need to add. I think every small business owner needs to go through CO.STARTERS. Now I really know the direction I want to take with Eugene’s Hot Chicken.

Also, being around other entrepreneurs was really helpful. It was great to be able to bounce ideas of each other.

T: I agree with that. Being able to renew your own ideas and your own faith in yourself and what you’re doing was really cool.

4. What would you like to see happen next in your entrepreneurial journey, as a result of the pop-up?

Z: I’d like to see more pop-ups down the road. It would be great to see pop-ups and big events from all of the people who went through CO.STARTERS, not just me. I’m hoping to do pop-ups during the summer and let that transition to something else. CO.STARTERS gave me the idea of starting small. So I’m going to start small and then move on to whatever is next, whether that be a brick and mortar or a food truck.

T: I want to just see what happens. I feel like I’m along for the ride. I want to go at the pace that feels the least overwhelming because that’s what is going to help me succeed. More pop-ups and more events throughout the summer would be great to be able to test flavors and continue to test assumptions.

In the end though, I really do want a brick and mortar. I want to be a part of the community.

5. Jimmy Tracy is sort of welcoming the two of you into his “home” for the evening. He’s been at this work for 40 years. Has he offered the two of you any advice?

Z: Just do it! He’s so relaxed and so cool. He told me, “Sometimes we make this harder than it really is. Sometimes you just have to go for it and trust yourself. He told me how he started with the hot dog cart.

T: He’s so kind and so nice. From my interactions with Jimmy I just take away his giving spirit. The kindness that he has shown me; I just want to pay that forward. I hope to be able to help other people in the future like he has helped us.

6. What advice do you have for current and aspiring entrepreneurs?

Z: Do it! You have to take CO.STARTERS! I hate to sound cliché, but you just have to jump out there and follow your heart and take the next step. You have to find that community of other entrepreneurs that will help push you and make you want to move forward.

T: It’s sometimes hard to see the forest through the trees, but you just have to do the work. An idea is great, but there’s going to be work involved. Push through the fear.

Z: You have to become an expert at your craft. There’s fierce competition out there. You have to differentiate your products from the next. You’ve got to bring something different to the table. Go for it!