I Create Birmingham: Keith A. Wolfe 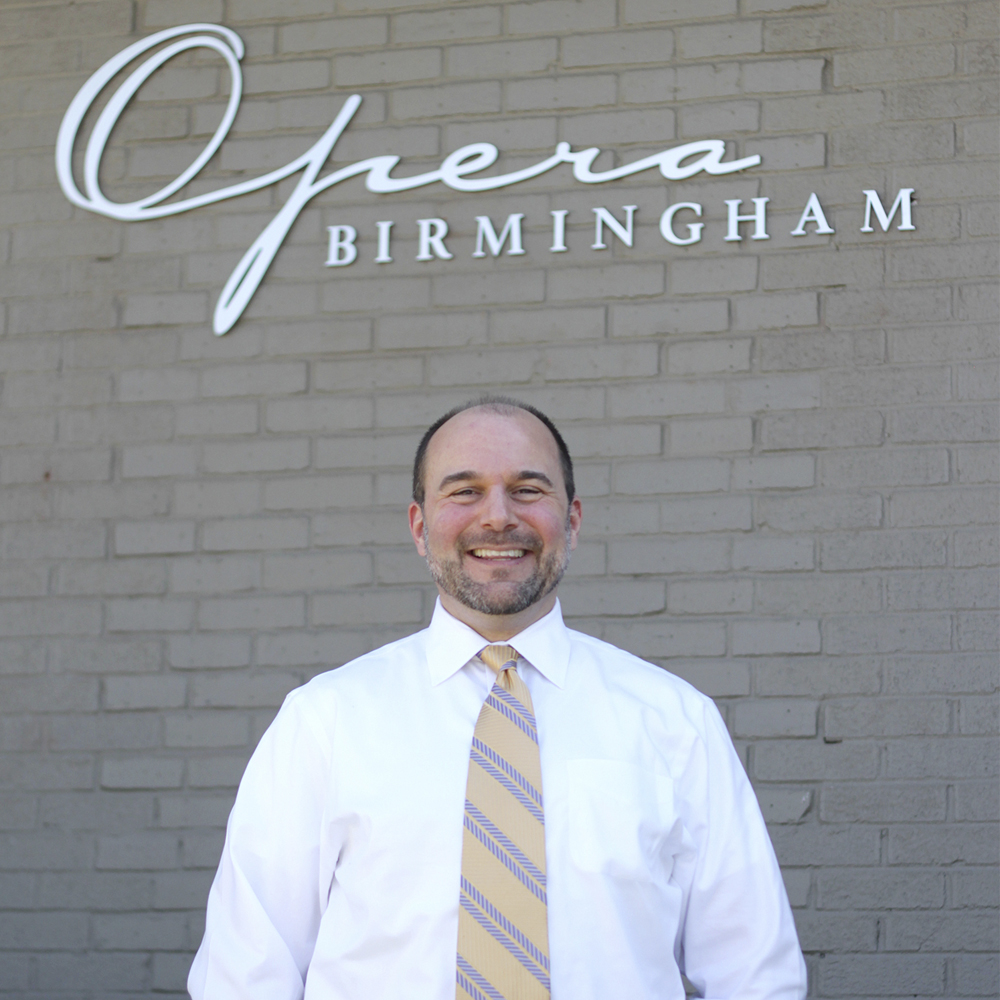 “This is an opportunity for us to break down the barriers of opera. There’s the misconception that “the fat lady sings” and people may not understand the foreign language. Opera singers today have to be just as good an actor as any theatre performer. Even though most operas are in a foreign language, if you’re watching and following along you’ll get the story.”

1. Opera Birmingham has created an annual series of pop-up concerts called Opera Shots; what can you tell us about it?
Opera Shots has been done by a number of opera companies, but this will be the first time we’ve done it. They are really informal and kind of like an open mic type of event. It’s a great opportunity for someone who has never experienced an opera to hear what opera singing is like without committing to the full on opera production.

This is an opportunity for us to break down the barriers of opera. There’s the misconception that “the fat lady sings” and people may not understand the foreign language. Opera singers today have to be just as good an actor as any theatre performer. Even though most operas are in a foreign language, if you’re watching and following along you’ll get the story. People also don’t realize that we do projected English translations for all of our shows.

Opera Shots is really just a great opportunity to go out and have a drink with some friends and hear some great music.

2. Where do you hope to see Opera Birmingham in the next few years?
I think we’re a hidden gem. I moved here in January for this position and in doing my research before taking the position I found a great live music scene in Birmingham. There are also great art and theatre scenes. I would love to see Opera Birmingham become a more active part of the community. I’d love for us to have wider contact with our colleagues and partnerships.

I hope that in the next five years Opera Birmingham becomes one of those things that people think of when looking for entertainment.

3. Since moving here, what are some of your favorite parts of Birmingham?
The first thing that I noticed when I flew in for my interview last fall was how much green there is in Birmingham. I moved from Fort Worth, Texas which is flat and brown. Birmingham is neither of those things. One of the things I’ve enjoyed exploring are all the green spaces and parks. I love that all the neighborhoods have parks.

There are a lot of places I need to get out and explore, but the food scene here is great. My favorite place to eat so far has been Jim’N’Nicks. I have to give a plug to the Collins bar. It’s such a great place to go and try different cocktails.

4. What drew you to opera as an art form?
I started as a chorus teacher in Norfolk, Virginia and the local opera company had renovated their opera house and needed some extra chorus members for their opening. I auditioned for a position and was accepted.

On opening night I was standing near the main performer and I could feel the vibrations of her sound hit me and vibrate in my body. That night I was hooked. I performed in the chorus for seven years before I went off to grad school to pursue a master’s degree in opera. I had a mentor for several years and he convinced me to work for him on the administration side of opera. After I graduated, I moved to Shreveport, Louisiana to work for Shreveport Opera. The following year my mentor was hired over in Fort Worth and I followed him and worked as the managing direct there for fourteen years.

I love the passion of the opera and bringing these stories to life.

5. How do you think Birmingham can get younger patrons invested in traditional arts?
This is a conversation that has been happening in the opera industry. We’re all looking to have younger people come to our events. I think we also need to understand that younger patrons are not necessarily looking for a traditional concert format.

So how can we provide opportunities for people to interface with us in more familiar ways? Opera Shots is a great example of that. It’s more interactive than a traditional opera. There have been a lot of experiments in the opera field with letting people tweet during performances. There are even some companies that have set aside “tweet seats” where people can use their phones without disrupting the other patrons. Young people these days are used to interacting on the internet with the things they are interested in.

We still would love to have younger patrons experience our traditional opera, but we’re meeting them in the middle and providing a different experience that they may relate to better.