For me personally, it was also just good because the more time I spend downtown, the more of an intimate feel I get for it. I didn’t even know all these businesses were down here, and it was really nice to frequent them and actually have a better understanding of everything Birmingham has to offer.

Please join us in welcoming Anthony Waller to Create Birmingham as our new Programs Specialist! Anthony joins us from the City of Birmingham, where he spent the last two years working in the Mayor’s Office of Customer Service. In his new position, he will play a key role in our program delivery, participant recruitment, and communications efforts. We welcomed Anthony to the team in November, and we are happy to introduce him to our Create community in this month’s installment of Conversations with Creatives. 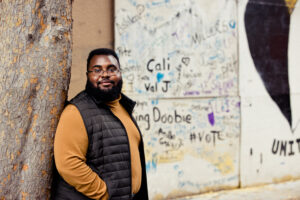 Anthony, you’re a Birmingham native. Tell us a bit about your experience growing up here.

I grew up in Homewood for most of my life. I attended Hall-Kent Elementary School, then Fultondale Elementary for three years, and then returned to Homewood for middle and high school. My twin sister Rachel and I were both in the Homewood High School Patriot Band. I played the trumpet, and she played the clarinet. Then we both went on to Birmingham-Southern College, so we’ve been Birmingham-based our entire lives. She’s now the Webmaster for Birmingham City Schools, and we share a ten-year-old German Shepherd Corgi mix named Chico.

What did you study at Birmingham-Southern? Were there any topics or issues that resonated with you while you were there?

I earned my Bachelor’s degree in Business Administration and received a Distinction in Leadership Studies, and I was also an orientation leader and a resident advisor. Something throughout school that I really loved was being a part of different clubs and organizations. One was the Bonner Leader Program, which was a community service-oriented program. I was also part of the Cross Cultural Committee, which was formative to me during my time at BSC. The goal of C3, as it was called, was to educate people on campus about different marginalized communities and to provide places and spaces for people in those communities to be seen and celebrated. 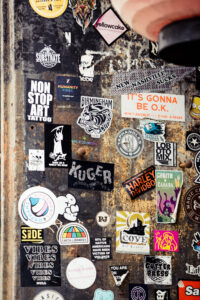 I served as the African-American Cross Cultural Committee Chair. There were around seven chairs, and we were each in charge of organizing lectures and events for different months, whether it was Black History Month or Women’s History Month, LGBTQ+ History Month, Hispanic Heritage Month, or Asian & Pacific Islander Heritage Month. We also tried to be intersectional and collaborate with each other to focus on issues like those facing black women or facing Afro-Latino people. It grew a lot while I was there, and it is still growing. I was able to meet a lot of great people, learn more about myself, and increase my awareness of the world around me.

As you were preparing to graduate, you applied for the AmeriCorps Volunteers in Service to America program. What inspired you to explore VISTA as a next step?

I felt like I had a big community service background, and as I was trying to figure out what I was interested in, I saw that the City of Birmingham was hiring for the Mayor’s Initiative VISTA Service Opportunity. As I looked at the different places I could potentially serve there, it seemed like it could be a cool opportunity. I ended up being in the Mayor’s Office of Customer Service for two years. It was a really good experience, and I just felt like that was where I needed to be. I feel like the things I got to do in that office helped me prepare for my role here at Create Birmingham technically and professionally, as well as being community-based work. 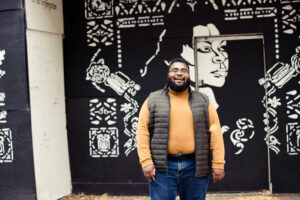 My impression from your description of the work is that you never quite knew what each day was going to bring, and you were there to be a resource on all sorts of issues for Birmingham residents. What was that like?

It was something new every day, not just because we would be helping new residents every day, but also because my position was very flexible. I got to go in and out of different spaces within the Mayor’s Office. It was really rewarding but also really challenging.

It’s rewarding to be able to offer resources; residents really appreciate the time and sometimes they will call back to say how grateful they are. And a lot of times — and I think I’m still trying to grow in this — people call, and they just want somebody to listen to them. A lot of times we are just having a therapy session, and they need somebody to cry to or vent at. And then towards the end of the call, they say “Thank you so much. I’m sorry for yelling at you like that. I’m not mad at you.” And I completely understand — sometimes they are in a place where they don’t have anybody to talk to about what they are going through.

It’s challenging because sometimes people call and you want to help them, but they are looking for a resource that just isn’t what the Mayor’s Office offers. It could be something like “my electricity is out” or “I need money to make it to the end of the month.” It’s hard to hear people struggling. But I think a lot of them appreciate there just having another human being to talk to when they call. 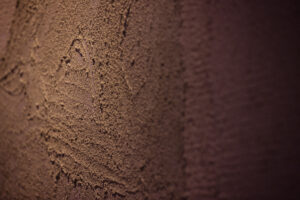 That sounds like difficult and delicate but also very meaningful service work. You also mentioned working in different spaces within the Mayor’s Office. What was an example of that type of work?

One example would be helping to plan Food Truck Fridays. Event planning is something I like, and my supervisor, Miss Alicia Lumpkin, tried to find new spaces for me to be able to interact in that way. I got to work with the Office of Public Information to organize different Birmingham-based food trucks to come between 11 and 2 every Friday outside of City Hall in Linn Park. It was an event that helped boost morale in a COVID-safe way.

For me personally, it was also just good because the more time I spend downtown, the more of an intimate feel I get for it. I didn’t even know all these businesses were down here, and it was really nice to frequent them and actually have a better understanding of everything Birmingham has to offer.

What are you most looking forward to in your new position?

I think being able to work with folks to get a better understanding of their entrepreneurial ventures and then helping them start up. When I was growing up, one thing I thought I wanted to do was start a business. The excitement of it resonated with me, but then the more I learned about it, the more I learned the intricate details that go into it. It’s an everyday thing you have to work at. It’s not just “I have an idea and get the product and sell it and then I’m a millionaire.” It can take a lot out of you. And so, for example, in Create Foundations, I really appreciated what we’re trying to walk folks through to get a better understanding of how big a commitment it is. 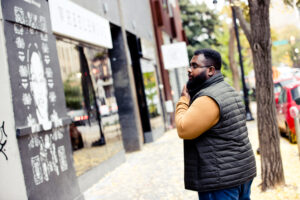 You said you’re gaining a better understanding of what Birmingham offers. Is there anything that particularly appeals to you?

I think I appreciate all the growth and potential that it has. I know growing up we would complain about how there’s nothing to do in Birmingham or Alabama as a whole, and all we wanted to do was leave. And now I think it’s exciting to be a part of something and help build Birmingham. I still want to visit other places, but I feel like it’s a lot more fulfilling to be in Birmingham. We can grow it into whatever we want it to be.