I Create Birmingham: The Burning Peppermints 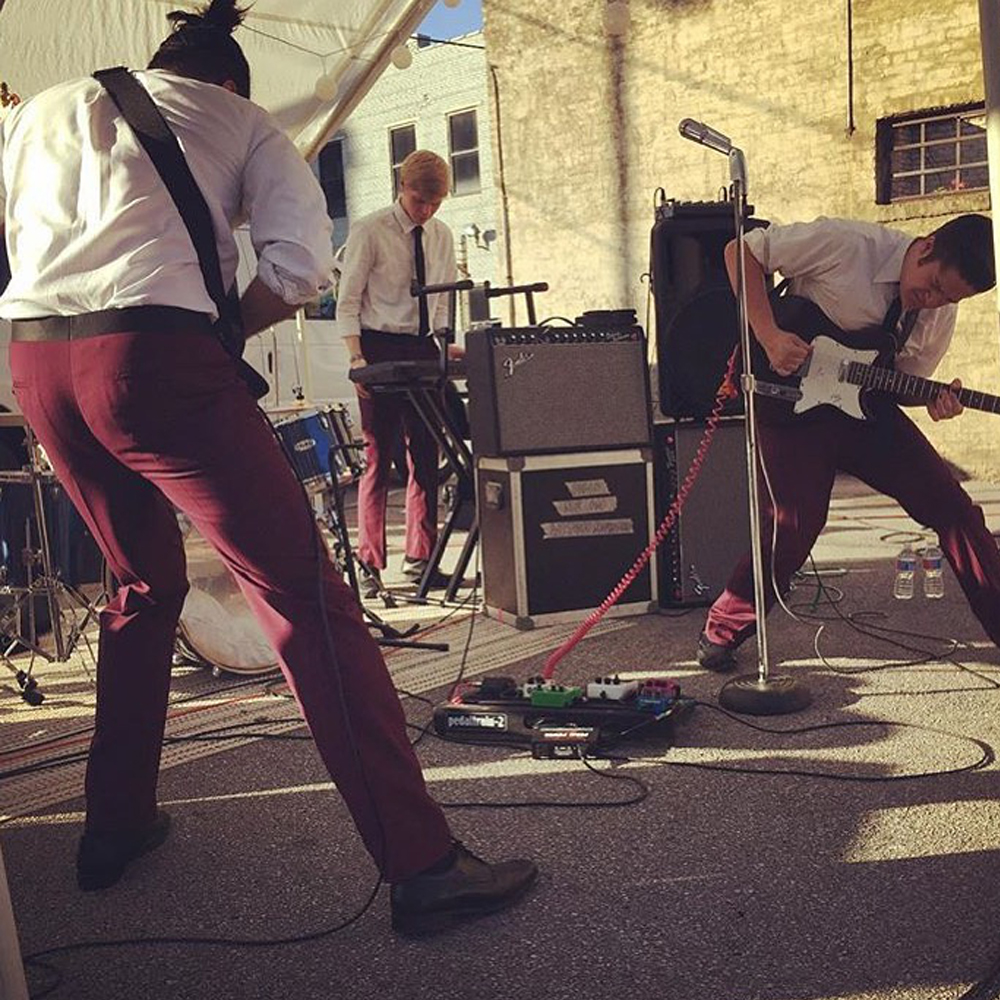 “Musicians have to market themselves in a way that they’re telling people they are ready to be supported. The next responsibility is on the people to support it. If you like the music and you want there to be more music in town, ultimately you’ve got to give something back.”

1. You guys just recorded your first album; what can you tell us about it?

We’ll be announcing the release at Secret Stages. It will be self-released.

Ahmad Farzad recorded the album at King Of The Jungle Productions. I’d say the sound of this album is kind of a fun, party vibe. The name of the album is Dirty Rainbow because it’s a really colorful album. The songs are upbeat garage party songs.

2. Are there any artists that you draw influences from?

There are definitely a lot of influences of West Coast sounds. John Dwyer (of Thee Oh Sees) and Ty Segall are big influences on our sound.

3. Are there any artists you’re looking forward to seeing at Secret Stages?

I’m really looking forward to seeing Spaceface again. I saw them open for the Flaming Lips at Iron City. There are some local artists, like GT, that for one reason or another I haven’t seen yet. So I’m really excited to check them out.

4. How do you think the city can better support local musicians?

I think that part of it is the musician’s responsibility to get their music out there for people. Musicians have to market themselves in a way that they’re telling people they are ready to be supported. The next responsibility is on the people to support it. If you like the music and you want there to be more music in town, ultimately you’ve got to give something back. That can be something different for everybody, but if you like what’s going on you need to contribute. If you don’t like what’s going on you can contribute the small portion of what you do like.

If there is one artist you do like, support the hell out of that artist!

My favorite show that we’ve played was a New Year’s Eve show at a house. It was the first time we played a show where people moshed and that was a pretty magical thing. We had been making music and striving to get people there and it was just the right combination of everything. The sole light in this place was knocked over by someone crowd surfing and people were setting off fireworks. It was crazy.

6. What is next for The Burning Peppermints?

Well, we’re releasing this album and are about to finish up writing for our next album. We have played out of Alabama at the moment so we’ll be working on that to help promote our album. We’re planning to do some regional shows on the weekends and see where it goes from there.

To listen to The Burning Peppermints visit theburningpeppermints.bandcamp.com.