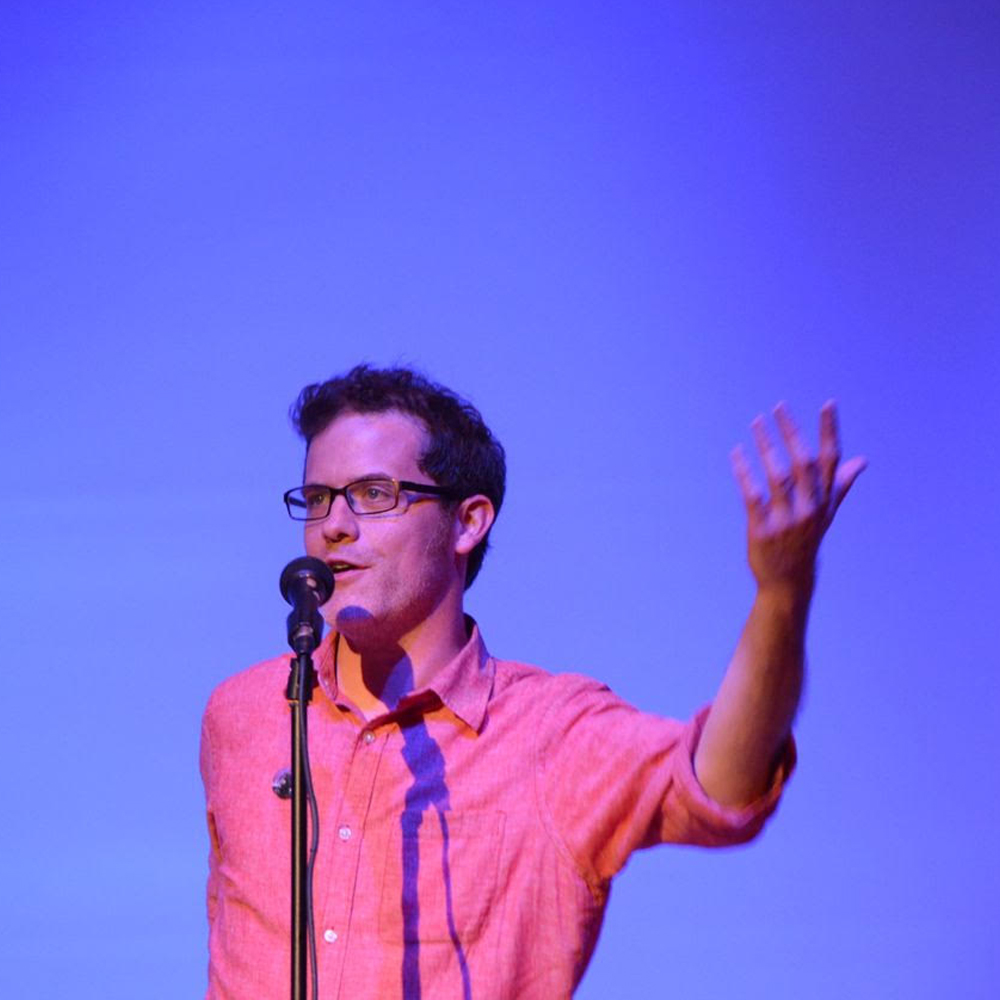 “I’m really excited by the idea of whatever Birmingham will be in five years, period.”

What would you like to see happen in Birmingham in the next 5 years?

I’m really excited by the idea of whatever Birmingham will be in five years, period. I’ll say, though, one hope—or, I guess, one concern—that I have for the next five years: it’s critically important that the so-called renewal or revival of this city, all this current energy and momentum, be truly inclusive, that it impact and bring together all parts of Birmingham. I don’t think it’s enough that in five years there are more places to see rock shows or eat cupcakes or buy delicious and expensive, creatively prepared food, and it’s not enough that we have more congratulatory, glossy magazine write-ups about us in the national media. All that’s fine but doesn’t go far beneath the surface or into the substance of the city’s culture. Five years of gentrification would be a failure, and an embarrassment. Whether it happens through music or food or art or politics or sports or beer or whatever other vehicles, in the next five years I’d like more than anything to see strangers from different parts of Birmingham, from different social circles and demographics and zip codes, spending more and more time together, inhabiting the same spaces, and getting to better and better know each other. That would represent substantive renewal to me.

You host a radio show called “The Lost Child” on Birmingham Mountain Radio. How long have you been doing the show? What kind of music do you play?

I’ve been doing the show for close to three years now. I play all sorts of downhome, traditional, or “roots” musics, mostly from the American South: rockabilly, rhythm and blues, classic country, old-time stringband, gospel, soul, etc. I spotlight Birmingham and Alabama traditions when possible, and I try to get in a wide mix of styles and decades each week, mostly because I enjoy the connections become obvious when you’re not too hung up on genre distinctions. (The Lost Child, incidentally, takes its name from an old Alabama fiddle tune, first recorded here in Birmingham by Charlie and Ira Stripling in 1927. I like the evocative, sometimes mysterious poetry you find in the names of old fiddle tunes, and I wanted a title that would somehow reflect the show’s rootedness in Alabama music.) It’s a weekly show and some weeks there’s a theme, but not always: this October I did a whole month of live prison albums (Johnny Cash at Folsom and San Quentin; B.B. King at Cook County Jail; Mack Vickery at the Alabama Women’s Prison; and so on). Last year for Hank Williams’ 90th birthday I did a three-hour tribute, consisting largely of Hank covers from a variety of genres: soul, jazz, zydeco, conjunto, gospel, 1960s psychedelic Thai pop–plus rare radio appearances by Hank, interviews with his former bandmates, and at least a good handful of the classic, obvious, beloved recordings. For the Fourth of July I do an hour of songs about barbecue. And so on.

As co-author of “Doc: The Story of a Birmingham Jazz Man”, you help tell the story of Alabama’s rich jazz history. What drew you to this story?

Well, there were exactly two reasons I wanted to do that book. Once I discovered it, I felt very strongly that everyone everywhere ought to know the story of jazz in Birmingham—because it’s a fascinating, too-often overlooked history. And I felt just as strongly that everybody everywhere ought to know as much as possible about Frank (“Doc”) Adams—because he was this extraordinary, inspiring human being with a profound story and a powerful, engaging voice. The book is based on a couple of years of interviews with Doc, and it tells his story in his own words. This project never would have happened if it wasn’t for the Alabama Jazz Hall of Fame, which for years has celebrated and documented this important local jazz community and tradition. Doc gave these wonderful tours of the Jazz Hall, and I met him on one of his tours. In fact, I first envisioned the book as a kind of extension of those tours, and I hoped that for someone who never got to meet Doc in person, the book might at least offer the next best thing. Our work together led to other discoveries and research and relationships, and I’m still working on a second book that tells more of the local jazz history. Doc Adams died just over a month ago, and that’s still hard to fathom. But it makes me especially grateful that I was able to work with him for so long, to record these stories and document his voice. And I certainly had no idea when Doc and I started this project how deeply his generosity and wisdom and spirit would impact my life.

What sort of influence do you think Alabama’s music history has on current artists?

Well, this is a good question, but I don’t think I’m equipped to answer it. Certainly Alabama’s impact on America’s music has always been big. Everybody knows now how Muscle Shoals helped define soul and even influence all kinds of rock and roll, so I appreciate the attention that story’s been getting lately. Fewer people recognize that Jefferson County has a distinctive, homegrown gospel quartet tradition that once had a real direct influence on the gospel sound across the country; it also influenced secular vocal traditions like doo-wop, so it trickled out into other areas of pop culture. In country music, besides the giant shadow of Hank Williams, you’ve got to reckon with the influence of our state’s brother duets: the Delmore Brothers and the Louvin Brothers both were pioneering influences in country harmony, and the Delmores influenced a lot of country guitar. It’s worth pointing out also that everybody assumes that Mississippi owns the blues, but for blues piano Alabama has one of the richest and most influential histories anywhere.

All that said, I couldn’t begin to say how any of it translates into contemporary sounds. Surely a lot of southern musicians just have some of this stuff in their DNA, even if there’s not a direct or self-conscious lineage or overt reference. Sometimes I’ve heard people muse and argue about the direction or growth of “Birmingham’s music scene,” and that’s important, as long as they realize a music community doesn’t need to start from scratch. Without repeating the past, there’s so much here for musicians and venues and listeners to build on and engage with and simply celebrate. So—as far as Birmingham goes—I think it’s important for us, here, to dig into this music as a key part of our cultural inheritance and identity. I guess people can, and do, figure out lots of ways to do that.

If you led a Birmingham music tour, where would you take people and what would you show them?

Wow, I love this question. Hm. A few immediate thoughts: the most important stop, for me, would be at the Alabama Jazz Hall of Fame. Really all of Fourth Avenue North could represent the many venues where jazz music used to thrive in Birmingham—places like the “Colored” Masonic Temple and Bob’s Savoy—and of course over in Ensley there’s also Tuxedo Junction. You could stop at the restored Lyric for a discussion of vaudeville in Birmingham—not just at the Lyric, but at the Frolic, the Pantages, and other theatres, all within a few blocks of each other. I’d definitely include a stop at the Redmont Hotel, where Hank Williams slept in his last bed, the night before his fatal New Year’s car ride. I’d include the Third Avenue North building where the (now closed) Starr Piano Company set up a temporary studio for Gennett Records–and for a couple of months in 1927, a wide mix of walk-in musicians recorded Sacred Harp songs, blues, jazz, “hillbilly” tunes, and more, documenting a pretty interesting cross section of the city’s music traditions at the time. You could visit the Boutwell, where Nat King Cole was attacked onstage during the height of the Civil Rights movement. And several of the longstanding radio and TV stations–WAPI, WBRC, WJLD, WAQY–have rich histories, with gospel and rock and roll and some locally influential country music personalities, like “Country Boy” Eddie and “Happy” Hal Burns. If possible, the best way to end this tour would be at Kelly Ingram Park or at the 16th Street Baptist Church, with a performance by the Carlton Reese Memorial Unity Choir; as the Alabama Christian Movement for Human Rights Choir, this group led the music that fueled Birmingham’s Civil Rights Movement, and they still sing the songs and tell the stories from those days. As far as I’m concerned, they’re the most important musical group in Birmingham’s history, and they’re still here, and they still do active good in the community.

Anyway, hm, yeah, I’ve never thought of this. Somebody should definitely do this—create a tour, or at least distribute a map. In fact, I would be glad to help, if somebody wants to take this on.