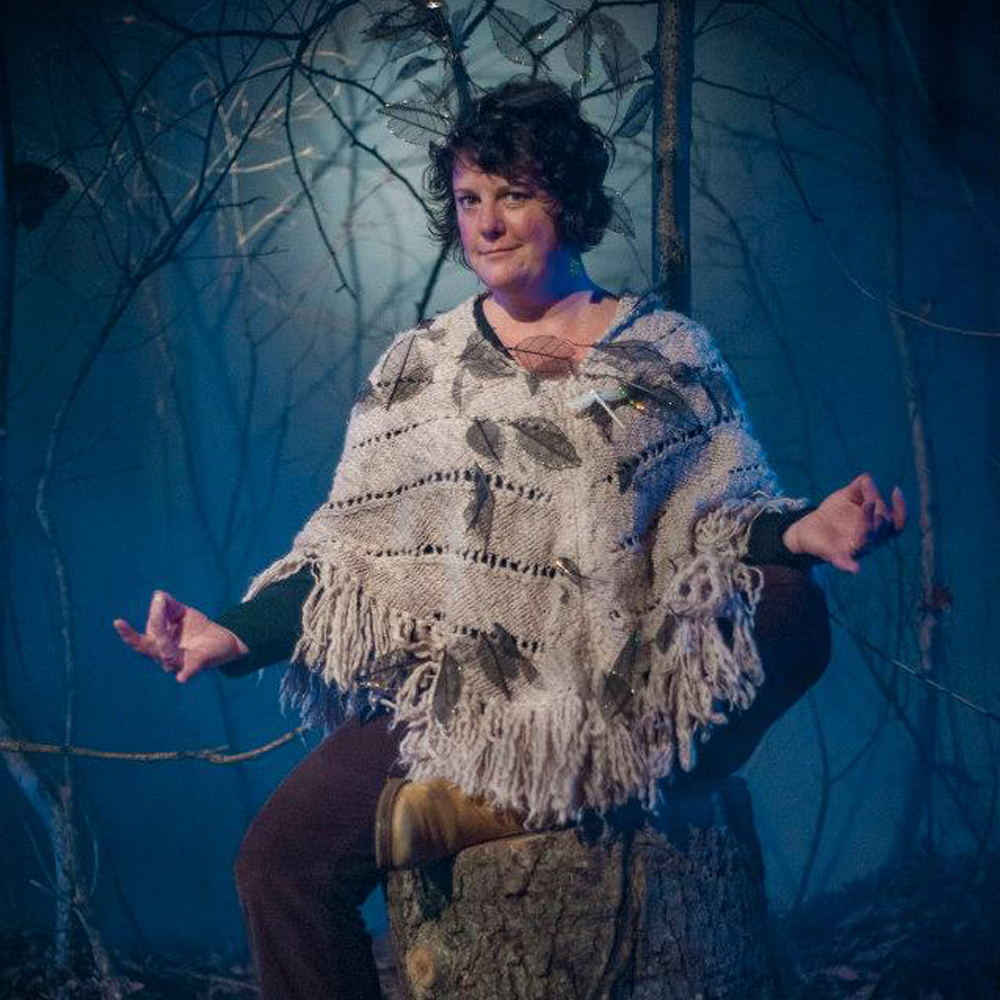 “In my opinion, that’s what public art should be about. It should be something that a community can participate in, have ownership of and be excited about because it belongs to everyone.”

Heather Spencer Holmes is Art Studio Lab Supervisor for UAB’s Department of Art & Art History. She keeps faculty and students safe in the studios through her OSHA training and her super powers.

You always have a lot of plates in the air. How do you juggle all that you do?

Even though routines are great for me, I also get bored easily. I need to change it up, but everything I work on is somewhat related. Ultimately what excites me is pulling people in to help connect the dots. Connecting people to projects is one of my super powers.

You’re involved in the National Conference on Contemporary Cast Iron Art and Practices. Our readers may not know it takes place in Birmingham at Sloss Furnaces. Give us a preview.

The conference is geared towards, but not limited to, college students. From April 5-8, anyone interested can learn about cast iron from an industrial standpoint. We’ll teach you how to melt it, mold it, and make patterns. There are also educational panels, demos, and exhibits during the day. The evenings lend themselves to performance art with molten metal. If you think you might be in to cast iron, we’re your hook up!

To give you just one example of the conference’s range, on Friday, April 7, my fellow MESH Collective members will make breakfast for everyone in Joe McCreary’s giant cast iron skillet. It’s a 6-foot diameter skillet that he built as a part of his thesis. Cast iron is a very rich part of southern cooking, and breaking bread together is a beautiful communal event.

What drew you to metal arts?

When I was a student at UAB, I didn’t have a car. I would ride my bike everywhere. I’d always stop and pick up shiny things in the street, mostly discarded metal bolts. At the time, I was taking printmaking classes. The art department was very small then and geared more to arts education, not as much for people on track to be professional artists. I remember sitting in class thinking I needed a skill other than bartending. But I was also falling in love with the process of making art.

So, I’m bartending, needing a skill, and then it hit me. I had a backpack full of metal that I’d been picking up in the streets. I’d just learn to weld.

First, I was going to be a boiler maker, because I’d heard that the government had an apprenticeship program. Then, someone told me I needed to check out “this thing” at Sloss Furnaces. I showed up. I didn’t know anyone. But I just walked around asking people if I could help until someone put a sledgehammer in my hands and said, “Crack iron.” The next thing I knew, I’m being shown how the furnace runs, watching the molten metal. It was amazing.

Soon after, I went to Bessemer Tech (now Lawson State) to enroll for one welding class. I left registered five days a week with classes from 8 to 3.

You mentioned your love for connecting people and projects and your involvement with MESH collective. How do those things come together for you?

It was actually the CO.STARTERS program that helped me focus and discover what I wanted to do with MESH Collective, which was the development of public art projects, with heavy community involvement in both the conceptualizing and making phases.

Just as an example, there’s an artist who deconstructs flags strand by strand and then weaves them back in a whole new textile. Red Mountain Park has all of this mining cable. As a community, we could untangle that cable, develop a master design, and reweave patches that could live in neighborhoods throughout the city. Then, after a period of time, the patches could come back together to create one large installation.

In my opinion, that’s what public art should be about. It should be something that a community can participate in, have ownership of and be excited about because it belongs to everyone.

You’ve been part of some very creative projects – the glasses in Red Mountain Park and a giant LiteBrite. What else is on your mind?

I want to see public art on Rotary Trail and in the theatre district, for sure! I have a crazy list of things that I’d love to develop. Wouldn’t it be fun to build a giant kaleidoscope on a rooftop downtown? I want to create a giant interactive string instrument, but very quiet. Everything would be tuned so that you could only hear it if you were interacting with it. On the education front, which is a long-time passion of mine, I want to create a metal working or power tool program for young girls in Birmingham neighborhoods – teaching them how to use a drill, how to weld. Power tools are empowering!