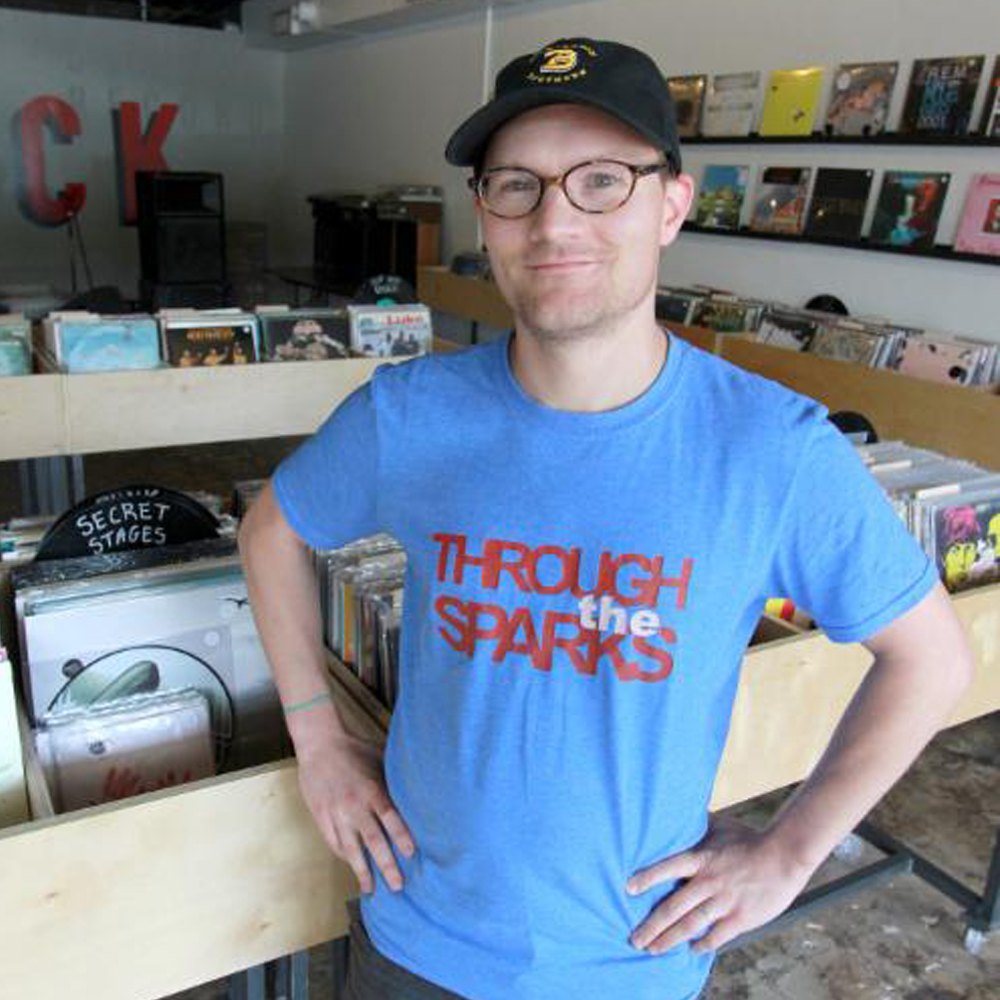 “Birmingham has a bunch of great venues and festivals to discover new music. You can also check out record stores like Seasick, Renaissance, and Charlemagne. The people in those stores know a lot about local music or regional music. We’ve also got great radio stations that play local music like Substrate Radio, Birmingham Mountain Radio or Vulcanite Radio.”

1. This is the 5th year for Secret Stages; how do you think it has evolved over the years?

Well, one thing that changed is the time of year. We started out in May and now we’ve moved to August. Attendance-wise the move to August has been great.

I think people are starting to understand what we are, what we’re trying to accomplish. We’re growing every year. I think we’ve been able to recognize the things that need to change each year and implement those changes.

2. Where do you hope to see the festival in the next 5 years?

I want it to still be around, obviously. We need to keep building our attendance in order for that to happen. We need Birmingham’s support. We need people to buy tickets early because that helps us with sustainability. If we can sustain those elements we’ll be continuing to grow.

Sidewalk Moving Picture Festival has been around for 15 years and this is our 5th year, I hope that we can last like they are lasting. I’d like to see us slowly grow in attendance each year. Not too much that we don’t know how to handle it.

3. Secret Stages has hosted artists in years past that have made it “big” including Dawes, Hiss Golden Messenger, Shovels & Rope, St. Paul & The Broken Bones, etc; how do you keep your ear to the ground on up and coming artists?

I swim in it. I just live in that fish tank, you know. I surround myself with music. Rashid Qandil and I book the festival. I book pretty much everything that is not hip hop and Rashid handles the hip hop booking.

I read a lot of magazines and go to shows/festivals. I think the biggest thing for me is that over the past 12 years I’ve built relationships with a lot of people in the business. I talked to people from all over the country and ask them who I should be paying attention to. Throughout the whole year I’ll build a database of bands.

4. Which artists from this year’s lineup are you looking most forward to seeing?

That’s a hard question because I think I personally booked 52 bands this year. The standard I have for each band is pretty high. If I could see all of them I would. There are bands that have never played here before. There are recently formed bands. There are bands from Birmingham that are playing their first show at Secret Stages.

There are really too many to name.

5. Secret Stages is a great opportunity for Birmingham to experience music from its own backyard. What other opportunities does the city have to support local music?

I think taking more time to inform yourself of what’s going on because there is a lot going on. For example, people in the culinary scene will test out a new restaurant with ease or even a new bar, but they may be a little skeptical to test the waters when it comes to music. Every night of the week there’s a band performing. There’s usually something for everyone.

I think people can benefit from just experimenting. One of the things about Secret Stages that is beneficial is that you can walk around and check out all kinds of different bands. If you don’t like one band you can walk down to another venue and see someone else.

Birmingham has a bunch of great venues and festivals to discover new music. You can also check out record stores like Seasick, Renaissance, and Charlemagne. The people in those stores know a lot about local music or regional music. We’ve also got great radio stations that play local music like Substrate Radio, Birmingham Mountain Radio or Vulcanite Radio.

6. Is there anything else people should know about Secret Stages?

We have 7 stages and the festival itself is all indoors at different venues.  There are over 60 bands covering a bunch of different styles of music. It’s a great place to test the waters on new music. Everybody is welcome to experience all kinds of music, for the first time maybe. It’s a very open minded environment.