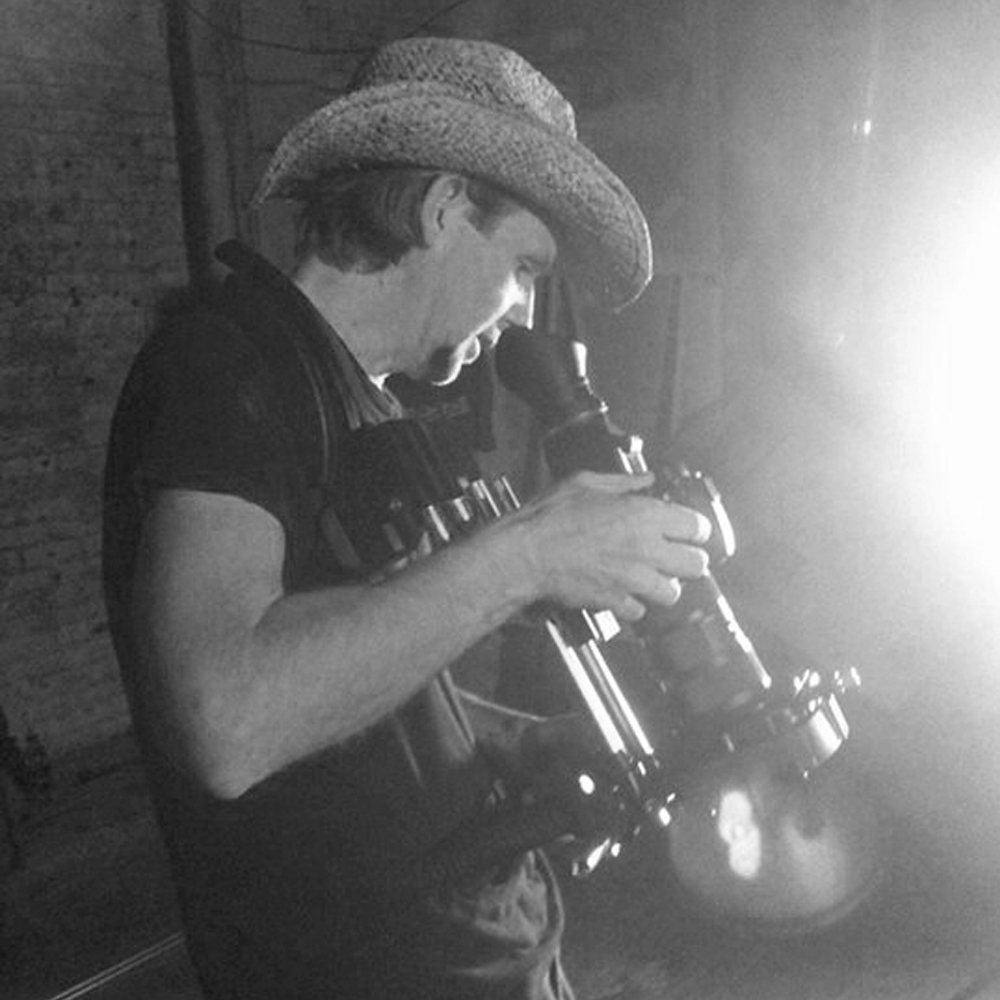 “The thing I’ve always like about the film community in Birmingham is its very collaborative. If there’s any competition its very friendly.”

1. What got you started in film?
You know, it’s funny, but the Sidewalk Film Festival actually. Years ago me and my buddy Chuck Hartsell went to the first Sidewalk after we saw it advertised in a local paper. We thought “we like movies, let’s go check this out”. This was before YouTube was a thing.

So we went to the festival and we saw some local and national movies, but the main thing was that we saw some short movies. We decided we could totally make a short film. We were really excited about making a movie and potentially getting to screen it on a local stage.

Chuck and I were able to do a short and have it screened at Sidewalk 3. We continued to make a short each year and as the festival grew; we grew as filmmakers. In 2004, we made our first feature called Hide And Creep.

2. Who are some of your favorite filmmakers / influences?
I’m a big Wes Anderson fan. Spielberg is Spielberg; what else can you say? I think Tarantino might be the best guy working right now. Inglourious Basterds is probably my favorite movie of this century. I’m always excited about a new Cohen Brothers movie.

As far as local filmmakers, I really like Adam Wingard’s stuff. I also am really fond of the people I work with like Chuck, Michael Shelton, and James Brown. We joke that everybody on set is a director because we all direct our own stuff and act or run camera’s in each other’s films. The thing I’ve always like about the film community in Birmingham is its very collaborative. If there’s any competition its very friendly. I might be jealous if a friend’s short wins the audience choice award, but that being said if they have another project I’ll be there to run camera for them.

3. You have a new film premiering at Sidewalk this year; what can you tell us about it?
It’s actually a sequel to our first movie. We were hoping to have its premiere on 10th anniversary of the first movie, but we weren’t able to finish it in time. So it’s going to premiere on the 11th anniversary. It’s one of those sequels like the Road Warrior where if you’ve seen Mad Max you might get a little more out of it, but it can stand on its own.

In Hide And Creep there is a zombie outbreak in 2004. The idea behind For A Few Zombies More is that its 10 years later and everything has fallen apart. It’s a real time sequel because the actors that show back up are 10 years older. At this point the zombies are more of a nuisance. The main threat is finding food and dealing with gangs that have come into power. To me, it’s more like Escape From New York or the Road Warrior to me than it is like Night Of The Living Dead.

On a side note, we filmed a decent amount of footage in West Blocton, AL. The mayor and chief of police of West Blocton actually ended up playing some of our zombie extras.

5. How do you think Birmingham can better support local film?
The tax break thing seems to be working for Atlanta and New Orleans, but I know that that’s a double edged sword. In a sense, you’re getting more film business in, but the tax breaks are so severe. Is it worth gaining what you’re losing?

Most of my buddies are not full time filmmakers. They may work doing editing for a magazine and direct films on the side. The chicken and egg problem is that we’ve got to have enough steady film work to build up a crew base and we can’t build up the steady film work until we have the crew base.

What would be great is if a Bill Gates type would come in to town and fund studios to really kick start the film industry in Birmingham. I think the only way film is going to get better in Birmingham is having an angel investor come in.

For A Few Zombies More will premiere this Sunday at 5:00 PM at the Carver Theater. Watch the trailer here: https://vimeo.com/130842037