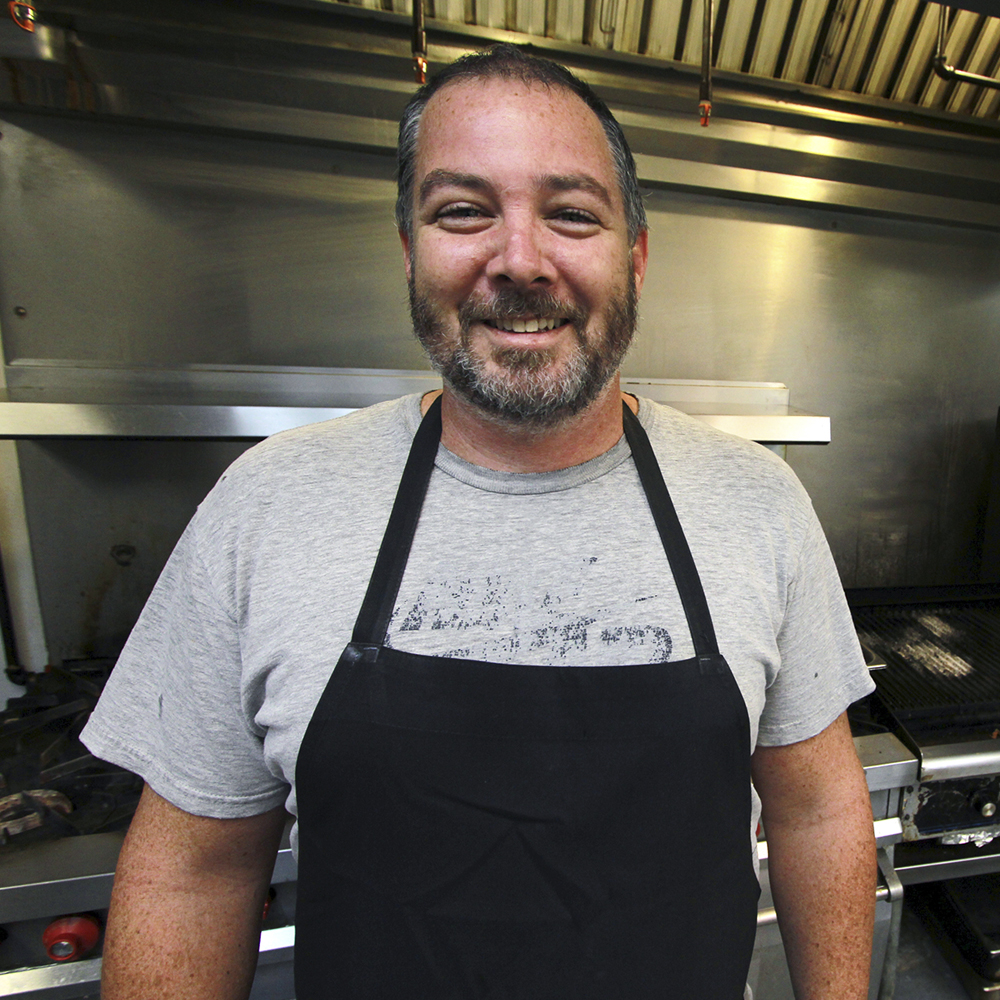 “The culinary scene is blowing up and people are being really supportive.”

1. You recently hosted a pop-up dinner; what can you tell us about that?
We started with two appetizers and some champagne then moved into a six course dinner. It went really well and we’re looking forward to doing more in the future.

I used to do a lot of wine dinners at restaurants. Now, with doing catering mostly I guess I miss the restaurant aspect. It gave me some creative flexibility. With catering you really end up bending towards the wishes of your client. So it was nice to just do whatever I wanted to do.

2. Birmingham’s culinary scene has been receiving a lot of praise lately; what’s different about the Birmingham food scene that’s drawing all the attention?
I moved here in 2000 and I worked for Frank Stitt for a couple of years. Frank and Chris Hastings were the only people doing nice food in town at the time. What’s happening now is there are a lot of people doing some really great food and most of them came through those two kitchens. They’ve also taught their own people and now those people are doing some really creative stuff.

Younger generations are really open to trying new things. There’s a place in Hoover that is doing thai food out of a gas station. It’s a convenience store on one side and some really delicious thai food on the other side. The guys from Hotbox are making really great food out of an airstream. People aren’t afraid to try new things.

3. Tre Luna has a chef-to-go service where people can order meals to take home daily; why do you think it’s important to have a well-cooked family meal?
There was a doctor when we were having our first child that said, “Don’t be one of those parents that doesn’t sit down with your family for a meal. Don’t find yourself sitting in the car at Chik-Fil-A because you’ve rushed so much with everything else in your life that you have to feed your kid in the back seat of a car.”

Society these days is so rushed that we don’t take the time to sit down and eat a meal together. We decided we would provide a service where you can order dinner for your family and come pick it up on your way home. We try to advocate healthier eating because we are the most obese country in the world. It’s because of the way that we eat.

My wife and I were here every single day and we’d get home and have nothing to eat. So we started cooking meals to take home and eat with our kids. We mentioned it to a couple people and they wanted to try it as well.

4. Are there any local or national chefs that inspire you?
There are so many people doing killer stuff these days. I have to give it up to Frank Stitt because he was a huge influence in my culinary career. There were chefs when I lived in South Florida that inspired me when I was in culinary school.

5. What kind of benefits does Birmingham have for culinary entrepreneurs like you?
The culinary scene is blowing up and people are being really supportive. In a lot of places the chances for failure are huge. In New York, if you make it past a year you’re considered a success.

In Birmingham, you don’t need to spend 2 million dollars to open a place that looks like an airstream. There are opportunities to start something without having to spend a ridiculous amount of money.

6. How did CO.STARTERS help move your business forward?
It opened my eyes to a lot of things that I wasn’t paying attention to. I’ve been able to put into practice some of the ideas that I learned from CO.STARTERS. Before I got into this business, I knew the back of the house and that was it. I understood a lot of the financials, but not from an owner’s perspective. CO.STARTERS helped me pay more attention to those details. I wish I would have had that knowledge beforehand.