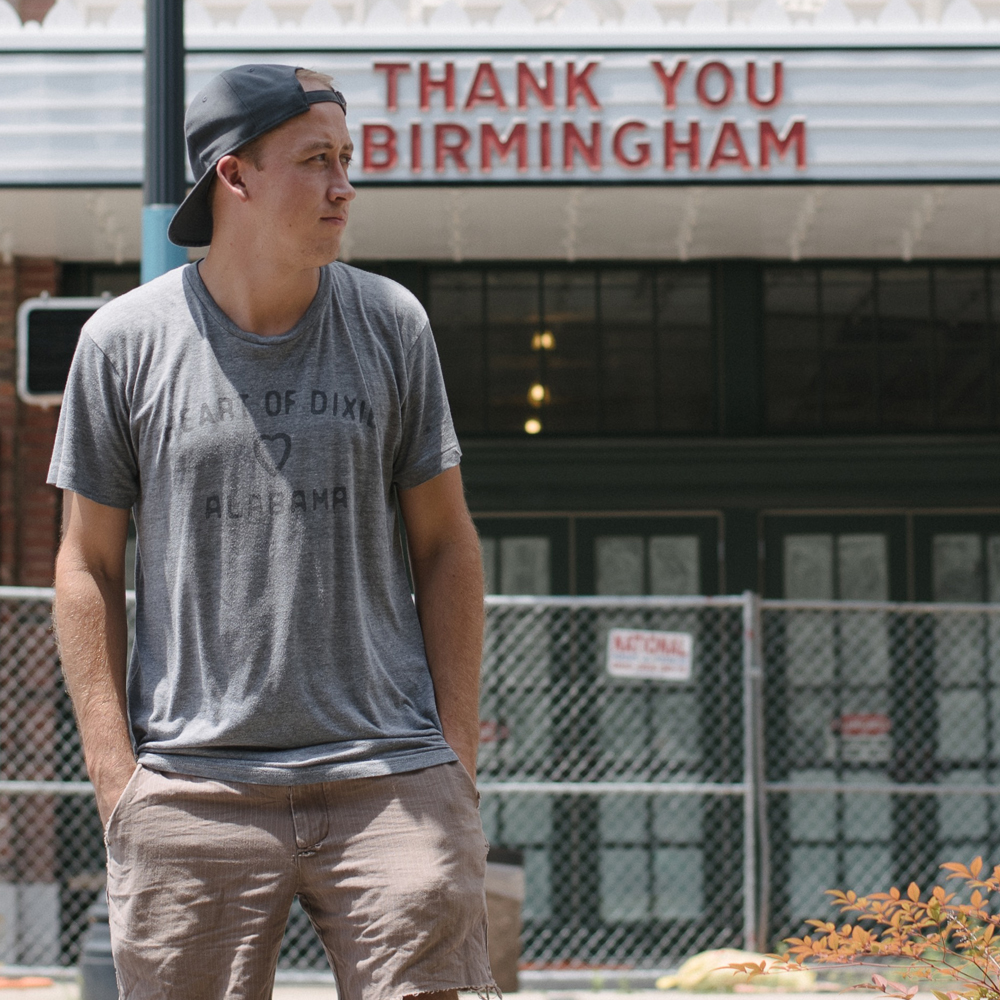 “It’s one of the largest Instagram communities for a single city in the country. We’re right up there with Manhattan, San Diego, and Boston.”

Every city in the country had an Instagram community highlighting their city through photography, except Birmingham. I was already working as a social media manager for various companies and I thought, “Who better to launch it than me?”

We launched in July 2012 and as of today we have over 30,000 followers. It’s one of the largest Instagram communities for a single city in the country. We’re right up there with Manhattan, San Diego, and Boston.
2. What are some ways you hope to connect Birmingham citizens through social media?

We just want to make people aware of what’s going on in the city. Back to the inspiration question, I found a lot of people who had a lot negative things to say about this city. I would ask them about things they’ve done or places they’ve been too. Some of those people with negative things to say had never even visited Vulcan. Instagram is a good way to present that experience to them beforehand and then let them go see it for themselves. Hopefully they find there’s a lot more to offer in this place than they realize.

We’ve also done a few Instameets. We get people together at places like Sloss Furnace and just take photos and meet some strangers. It’s people from all walks of life. Some may be artists or businessmen or a teenager who bags groceries at Walmart. You all come together and find out how much you have in common with one another and how much you enjoy photography. Some people may not even care about photography; they just want to socialize with strangers. It gives us a chance to show people a place they’ve never visited in the city.
3. What does the future look like for InstagramBham?

Our community is unique in that not only is it photography, but it’s become much more than that. It’s a community outreach, a call to action to help the homeless, adopting pets at the human society, and things like that. We’re constantly evolving with suggestions people give me. All the other communities strictly focus on photos of the city. Ours has grown into much more.

I don’t know what the future holds for InstagramBham, but I only anticipate it getting bigger with the support of not only the community but local businesses as well.  As long as I have the support of the Birmingham community; I’m not stopping anytime soon. Well that and as long as I don’t go over my data plan!
4. What drew you to photography in general?

When I was a kid I was always interested in photography, but I grew up very poor. We had a Polaroid camera, but we could never afford film. When we did have film it was the greatest thing ever and you better believe no one wanted me running around taking pictures of random things with the expensive film.

Cell phone cameras have continued to evolve and I was intrigued to get back into photography through my phone. The fact that it was instant and I could connect with someone across the world was pretty magical. Honestly Instagram has brought back a love for photography for me. That turned in to me using real cameras more often and finding ways to quickly get it in my phone to share with the world.

The ability to show someone across the world why I love where I live is awesome. That’s really why I love Instagram so much.
5. How can people in creative fields leverage tools like Instagram to promote their works?
Anytime I’m asked about social media I tell people that Instagram should be their go to platform. You have a conversation on Twitter, but you’re sharing who you are, your brand, and what you’re doing through Instagram. I think people understand things better through visuals and Instagram is the best platform for that at the moment.  I would recommend that anyone who is creative really delve into it.

I’m always open to help promote local events, artists, and what not. There are other communities in every city now that would be willing to do the same.