Show Your Support For Sidewalk 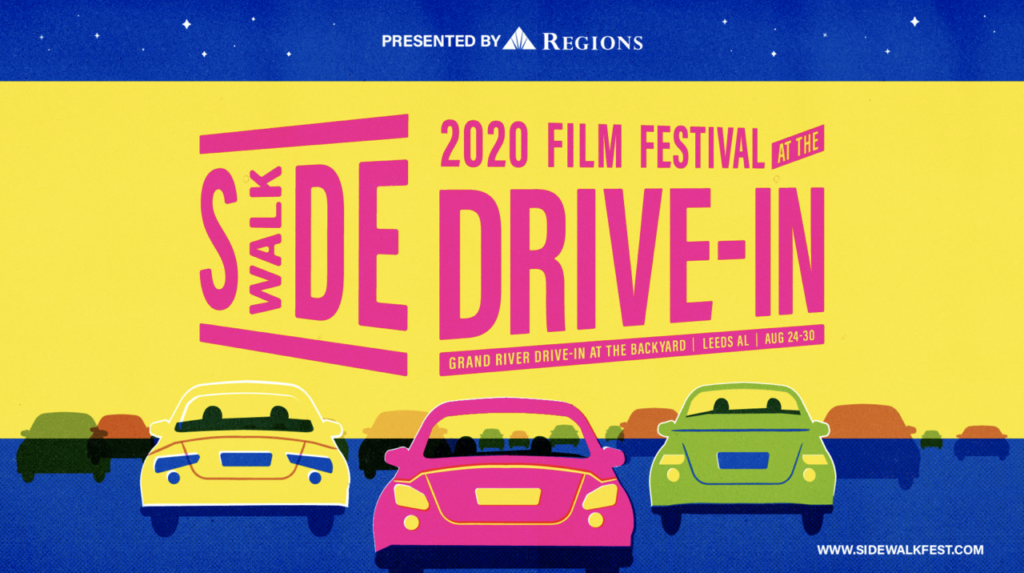 Meeting its ticket sales goal for this year's festival is crucial to Sidewalk's survival, keeping bills and staff paid, getting the cinema reopened, and bringing the beloved annual festival back to its full glory in 2021!

Sidewalk is a nonprofit dedicated to fostering filmmaking in Alabama and building audiences for independent film. Since it was founded in 1999, the organization has facilitated educational programs, produced the SHOUT LGBTQ Film Festival, opened an independent movie theater in downtown Birmingham, and welcomed thousands of film lovers and filmmakers from all over the world to our city to participate in the nationally recognized Sidewalk Film Festival.

This year is the 22nd annual Sidewalk Film Festival, and the staff has worked tirelessly to transition to the outdoor location of The Grand River Drive-In at The Backyard of the Outlet Shops of Grand River in Leeds, Alabama due to the ongoing COVID-19 pandemic.

This year’s transition will provide attendees with a safe option to view the more than 150 features and short films set to screen during the Aug. 24-30 festival.

Meeting its ticket sales goal for this year’s festival is crucial to Sidewalk’s survival, keeping bills and staff paid, getting the cinema reopened, and bringing the beloved annual festival back to its full glory in 2021!

Right now, we realize that childcare is a challenge for a lot of parents who want a night out. While some of the schedule lineup is not intended for young audiences, there are some great family-friendly picks. You can check the ratings on the lineup and view trailers for featured films.

Here are some of our family-friendly favorites on the schedule:
If you aren’t comfortable venturing out, or if you just can’t make it out to the festival this year, consider supporting Sidewalk in one of the following ways:
PrevPreviousExciting News from JCMP
NextWe Create Birmingham: Ambre AmariNext