"Classical music is all around us all the time... We have greater access to music than ever. It can be overwhelming, but there has never been less of a barrier to discovering what you might love." 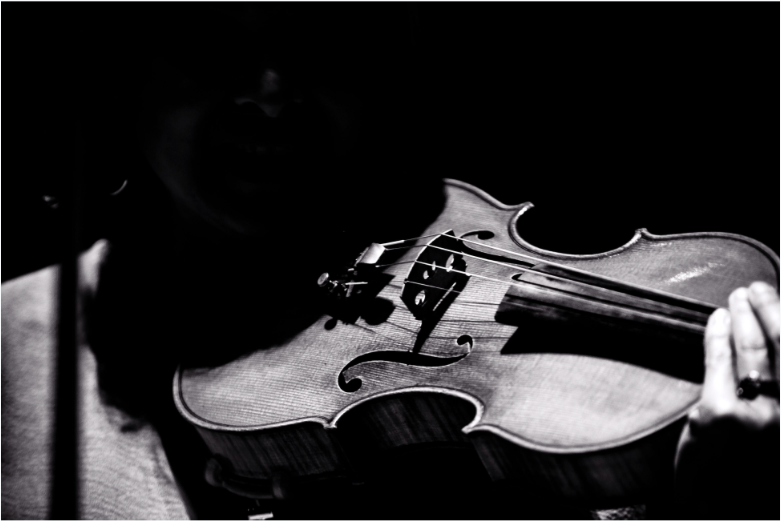 Meet musical power couple Mayumi and Tariq Masri, who have been with the Alabama Symphony Orchestra, and with each other, for nearly two decades. Violinist and Assistant Concertmaster Mayumi, and Principal Bassoonist Tariq share a passion for classical music, family life with their daughter Rania, and their daily schedule with the ASO. This week, they spoke with us about their personal and professional partnership and how they manage to juggle it all harmoniously

What brought you both to Birmingham, and how did you meet?

Tariq: I think it’s worth saying that most of the orchestra isn’t from Birmingham. I grew up in Sacramento, had been working for one year with an orchestra in Germany, and was freelancing in (San Francisco) Bay Area when I auditioned for a seat in the ASO, the same year Mayumi did.

Mayumi: I’m from North Haven, Connecticut. Prior to joining the ASO, I was with The New World Symphony, an orchestral training program in Miami Beach. I auditioned here, and upon winning a seat, I told some friends who also knew Tariq. They told me that he would also be in Birmingham and that we should hang out. We began work in the fall of 2000, so this year marks our 20th season here. 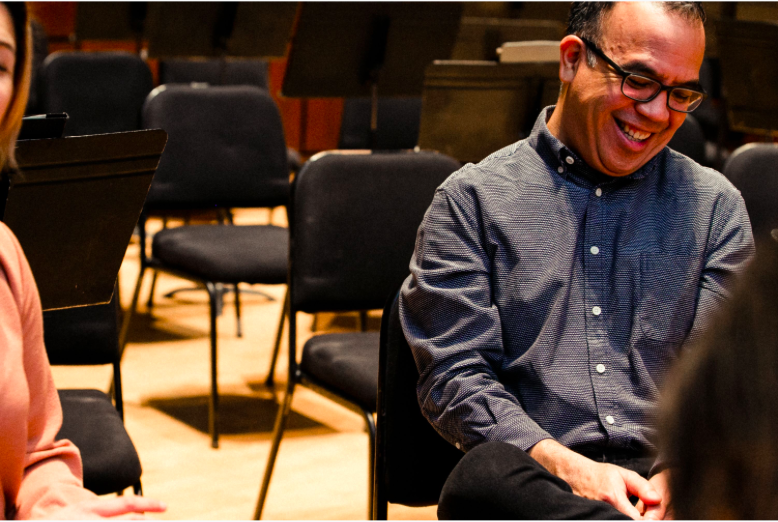 Does that mean it’s also your 20th anniversary?

Mayumi: Not quite. We developed a close friendship and ultimately began dating at the end of our first season in 2001, but it was 9/11 that really galvanized our relationship.

How did that moment affect you?

Mayumi: It was devastating. It obviously changed our country, and it affected so many people in different ways. Tariq is half Middle Eastern, and there was concern about what attitudes were surrounding us.

Tariq: I’m half Palestinian and half Chinese. Neither of us are religious, but we do have a Muslim last name. For two outsiders who had moved to the Deep South and were just beginning our lives here, there was certainly a level of anxiety that accompanied anti-Islamic sentiments and difficulties with traveling. It was a real thing. 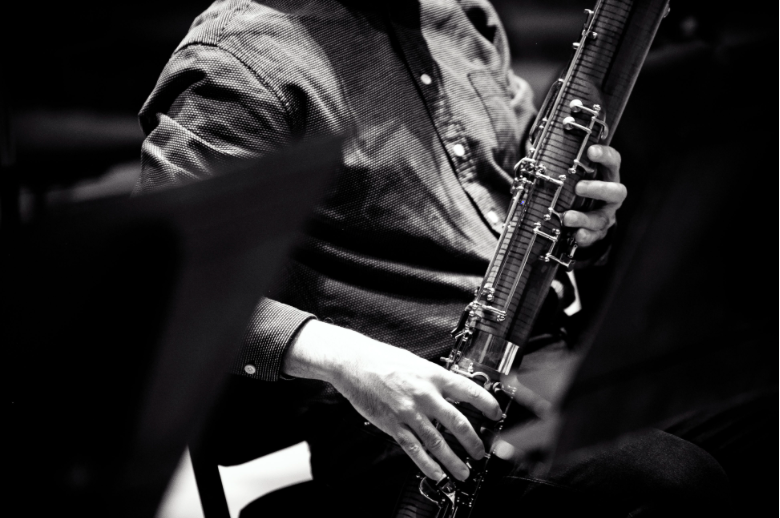 You both have multicultural backgrounds. What role has that played in your careers?

Mayumi: My parents and Tariq’s father all emigrated to the States. My mom is from the Philippines, and my dad is from Austria.

Tariq: My dad was born in Palestine, and my mom is Chinese but was born in Las Vegas. It’s funny because my mom had that typical first-generation immigrant parent upbringing. Her mother was a “tiger mom” and really hard on her, so she rebelled in a way when it came to how I was parented. I grew up interested in and immersed in classical music — but by my own choosing. Mayumi was more sheltered.

Mayumi: It’s true! My parents only listened to classical music, and so did I. In fact, my parents named me after the violinist Mayumi Fujikawa. The name Mayumi translates in Japanese to “straight bow.” So, really, I grew up feeling like I was destined for this. 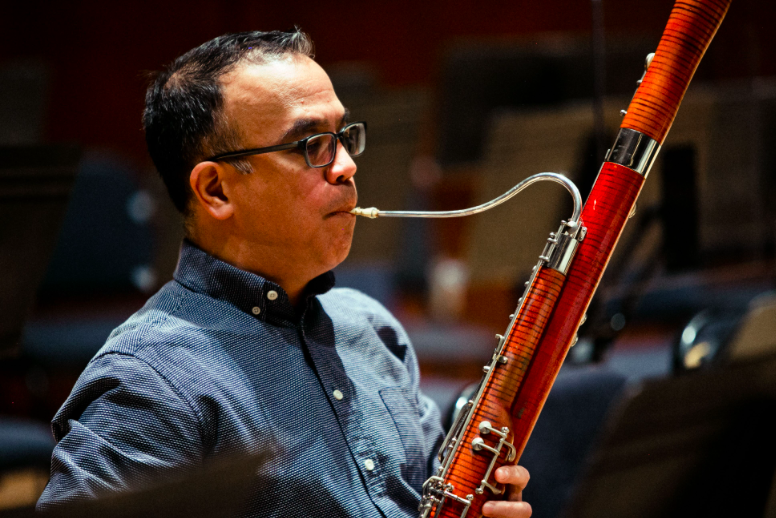 Over two decades, you must have experienced some highs together professionally. Can you share some of those moments?

Mayumi: In 2012, the ASO was invited to play at Carnegie Hall for its spring festival. Part of what we do is travel around the state playing for different communities. But that was the first time since we had been with the ASO that the orchestra traveled outside of the state to perform, and Carnegie Hall is a big deal, so that was definitely a high point!

Another cool thing, from my personal perspective, is getting to watch Tariq perform. He’s the Principal Bassoonist, so he plays concertos sometimes. There was this moment when I was Concertmaster and got to shake Tariq’s hand as the soloist. It’s not too often that you have a husband and wife together in the orchestra – and particularly in those positions at the same time.

You have also encountered some challenging moments together…

Tariq: Mayumi had a terrible accident in 2017. I was out of town playing with the Los Angeles Philharmonic, and I got a call on Memorial Day that Mayumi had fallen through a pane of glass and severed her bow arm. 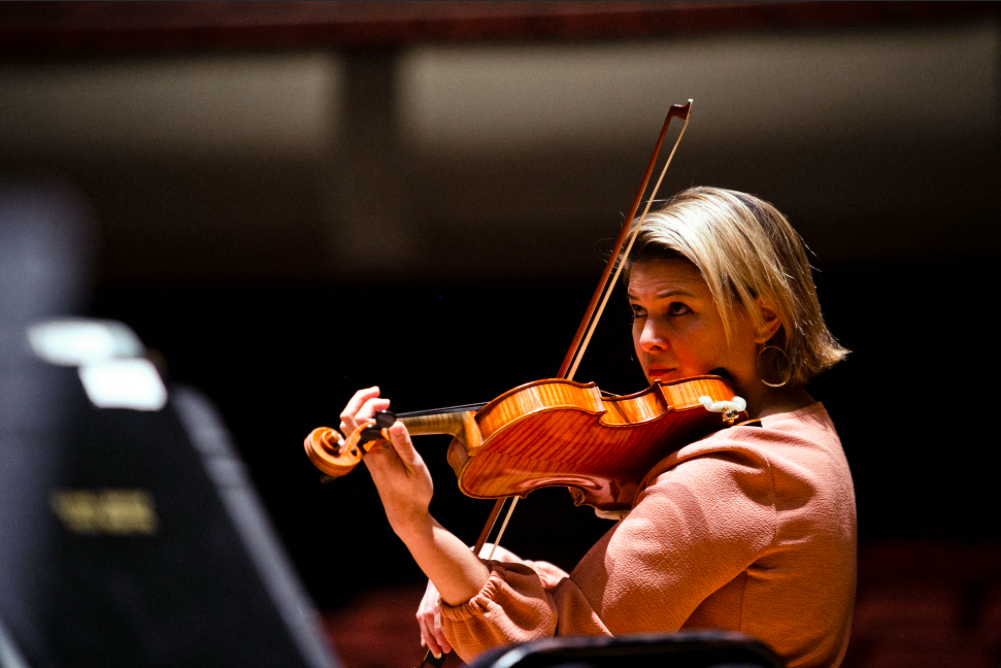 I had been set to play as a Guest Associate Principal with the Toronto Symphony Orchestra. I wasn’t going to go after her accident, but Mayumi selflessly pushed me to do it anyway. I ended up having this incredible experience, but it was shrouded in this dark, uncertain moment. It was amazing how much our family and both of our parents all rallied together to support us and help during that time.

That is a traumatic injury for anyone, but especially for someone whose entire career has been built on an ability to physically perform. What was going through your mind, and how did you move forward to heal?

Mayumi: It was a fluke accident. I happened to trip and ended up going through our glass door. It severed my median nerve and artery — everything but the bone — and I was supposed to be leading the orchestra for two weeks when this happened.

Living in Birmingham, we have access to incredible surgeons, and I was in the emergency room within minutes of the call. But the scary part was that there were no guarantees. No doctor was willing to tell me that I would definitely make a full recovery, and one doctor later said that he didn’t think that I would be able to play again. 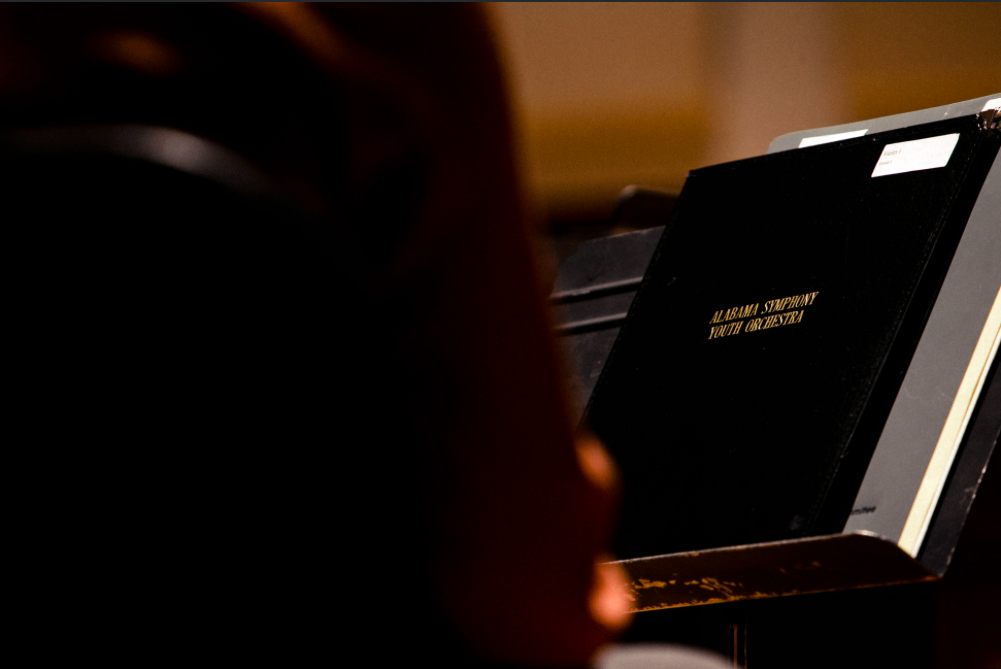 I’ve been playing since I was four years old. This is all I know. But I’m an optimist, and I work hard, so I made recovery my full-time job. I had complete numbness from the elbow down and had to keep my arm completely stabilized for three weeks. My first round of therapy was just trying to move one of my fingers. I took for granted my ability to move — to just pick something up. Anything my therapist told me to do, I did it. After six months, I was able to rejoin the ASO for the holiday concert. It felt like an incredible accomplishment, even though it wouldn’t have been challenging work for me prior to the accident. I had to work so hard to get back there. I still have some numbness, but I’ve regained my ability to play.

What would you like for people who might not be familiar with the Alabama Symphony Orchestra to know?

Tariq: Birmingham has a major-league orchestra. There aren’t a lot of full-time orchestras in the United States, and this is one of them. We are a part of an esteemed group of orchestras that include the New York Philharmonic, Los Angeles Philharmonic, and the Boston Symphony. That’s an incredible asset to our city and the state, and we feel so fortunate to have the opportunity to work here.

Mayumi: There are people around the country who know about the ASO, but a lot of people in our own state don’t realize what they have at their fingertips. We are eager to reach a wider audience and help break down any misconception or intimidation factor. I think that there is an idea out there that only wealthy people go to the symphony or that you have to get all dressed up. But there’s no dress code for the audience — only for the performers. We want to be inclusive —  we’ve also moved our 8 pm performances to 7 pm, so that families can come without keeping their kids out too late. Our daughter Rania attends our concerts, and although she doesn’t play an instrument herself, she has developed her own interest and knowledge for classical music that I hope is an indication of a new generation of classical music lovers and supporters.

Tariq: I think it’s important to focus on the entertainment factor when going to the symphony. It’s like going to see a movie or a concert. Classical music also has to reinvent itself. Whether real or perceived, there’s a wall of formality that creates this sense of separation, so we work to make it more approachable. When you go to see a film, you often feel moved by the music. So just imagine feeling emotionally touched by a live musical experience that’s right in front of you and different every time. 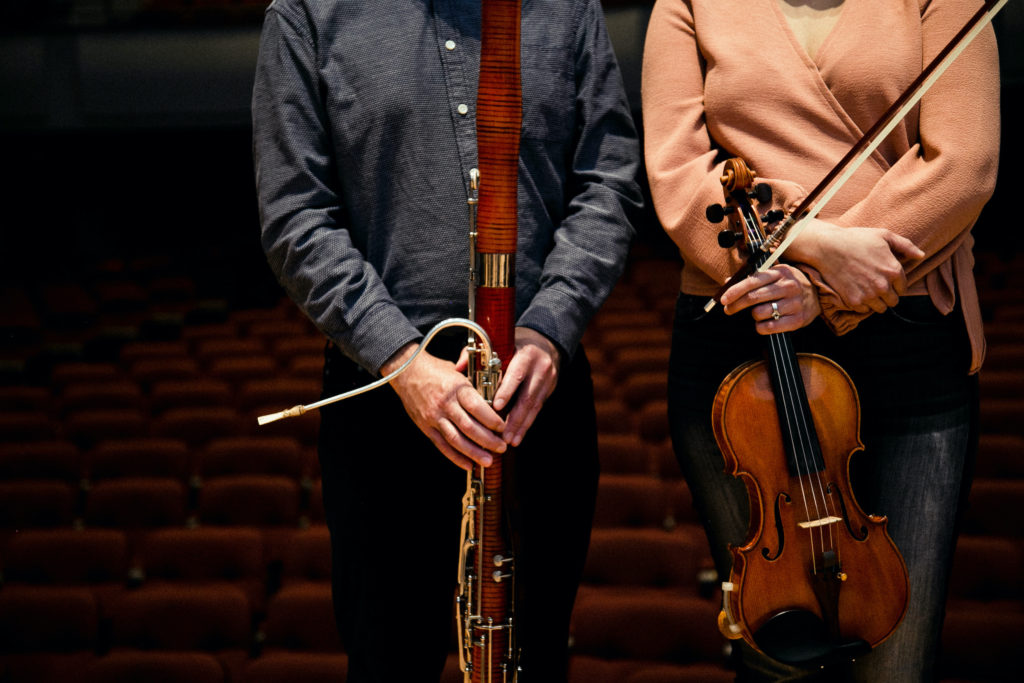 Classical music is all around us all the time. In the majority of concerts that we do, people have a realization that they’ve heard the melodies before. Creating that interest and love for classical music is important to us too. Technologically, we have greater access to music than ever. It can be overwhelming, but there has never been less of a barrier to discovering what you might love.

What is it really like to work and live together?

Mayumi: We really do have a best friendship. I think it does take a special couple to work together the way we do. We take one car to work and one car home. We have the same schedule and spend ninety percent of our time together. That can be challenging for family life at times. We don’t really have that opportunity to trade off time, like when our daughter was born, and that can be challenging. We’re at work together, and we’re home together. We don’t necessarily have “alone time,” but we’re ok with it!

Tariq: We must like each other! It is special to possess this nonverbal communication as a couple at work. We’re able to catch each other’s eye sometimes — especially when something funny has happened. A lot of people say that they don’t like to bring their work home, but we love bringing work home together. It’s a big part of our lives and a big part of our story.