"Being a southerner is a part of my identity. That’s not necessarily true for other regions. We have this distinct tortured history, but we also love our community and each other. That makes for good storytelling."

From March 11 through 15, the Virginia Samford Theatre will reprise Molière’s famous French satire Tartuffe, adapted by actor/screenwriter Kate Orsini and director David McMahon. Inspired by the tumultuous political events of 2017, the two Virginia Samford Theatre alums came together in 2018 to write an adaptation of the play that was set in South Alabama. The project reunited the friends and Alabama natives who both now spend most of their time on opposite coasts, with Kate in Los Angeles and David back and forth between New York and Birmingham. This week we share our conversation with Kate and David on their deep connection to Birmingham’s theater community and why Molière’s centuries-old play is as timely as ever.

Kate, you grew up immersed in the world of the Virginia Samford Theatre as a young girl. What was the genesis of your interest in theater?

Kate: I grew up in Talladega and didn’t really have a lot of opportunity to pursue the arts in my hometown, but we had a next door neighbor, Lisa Paden Gaines, who was an actress and a champion for the arts through her involvement with Alabama School of Fine Arts and VST. She encouraged me. I started with ballet and eventually became involved in theater.

Looking back, I’m not sure I planned to pursue acting as a career. I went to Vassar and double majored in theater and French literature. I had this idea that I would be a French professor at Columbia, but ultimately had a realization that I didn’t actually want to be that person — I just wanted to play that character.

What does it mean to you to return to VST?

Kate: It definitely brings back memories. My mom passed in 2012, and her involvement in and support of my involvement with VST was a big part of my experience there. She became the house manager at VST during that time. After school, she would drive me to the theater for rehearsals, costume fittings, and workshops. She was always schlepping me back and forth. Later on, she admitted to me that she got so used to driving while I would do my homework in between the theater, school, and home that for years she couldn’t get used to driving without the car light on!

It’s also a chance to have this reunion with David, who I originally met through VST when we were just kids. We performed in Summerfest together and a production of Here’s Love a musical adaptation of Miracle on 34th Street. 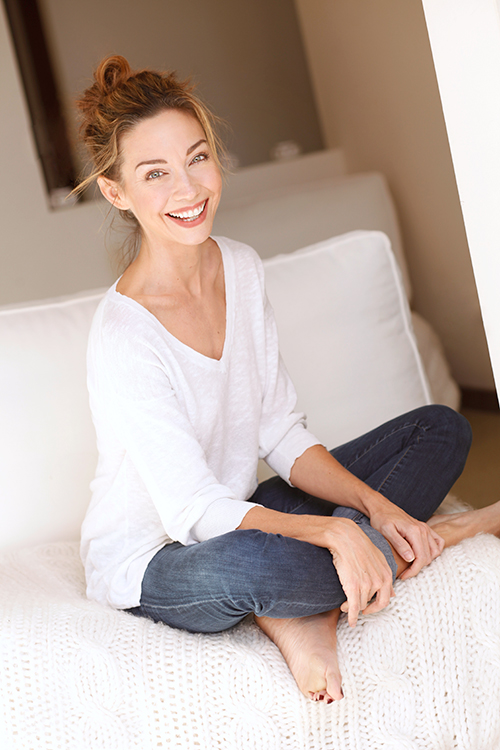 David, you reached out to Kate to adapt Tartuffe. How did you reconnect? And what was your inspiration to adapt the story?

David: Kate and I have a mutual friend who I went to grad school with who suggested I reach out when I wanted to take on this project. Kate’s adaptation is brilliant! The classic story of Tartuffe and its exploration of moral hypocrisy resonated with me in light of the Doug Jones/Roy Moore election. I wanted to retell this story in Alabama with modern elements to illustrate that this kind of hypocrisy is still relevant and could be a story told anywhere.

What made you decide to reprise this show in 2020? What do you hope your audience takes away?

David: We had such an incredible response in 2018! We sold out and wanted to give others the opportunity to see it. We are so fortunate that nearly all of the original cast from 2018 was up for reprising their roles as well.

Kate: I think we all can connect to the themes in this play. The character Orgon is so desperately looking for meaning within his own life that he succumbs to the con of Tartuffe. It’s a statement on the misuse of faith, manipulation of others, and how that can catapult someone into thinking that they are beyond criticism or above the law — but in the form of a southern-fried comedy.

Although the two of you live in LA and New York now, your work is still influenced by your Alabama roots. How does being from the south continue to have an effect on your work?

Kate: In terms of writing, the south has a history of literature that is rich with dark, cutting humor partnered with genuine manners.

David: Being a southerner is a part of my identity. That’s not necessarily true for other regions. We have this distinct tortured history, but we also love our community and each other. That makes for good storytelling.