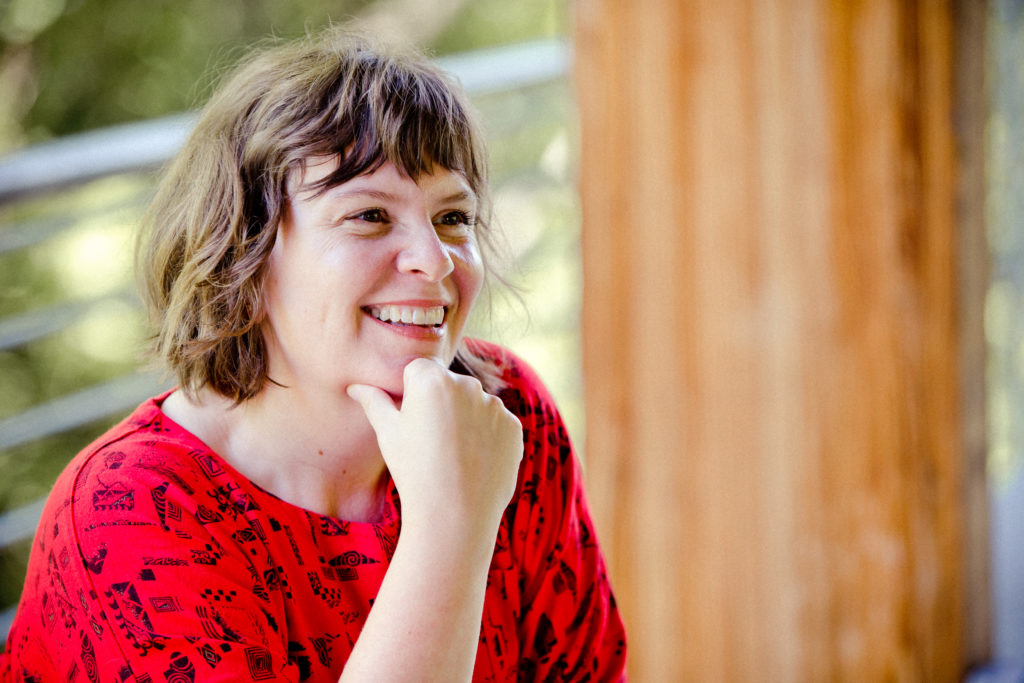 "My writing now is reflective of my life now, and that centers around the norms of adulthood: being a caretaker, a friend, a spouse. I suppose that’s songwriting in your 40s." Janet Simpson is a true renaissance woman. The singer, songwriter, and multi-instrumentalist is also the Director of Development and Communications at The Crisis Center and one of the owners of the downtown ramen bar Shu Shop. After two decades of writing, performing, and touring with her various bands, Janet is playing a new tune as a solo artist with an upcoming album and a spot on this year’s Secret Stages lineup.

Janet, you have been an instrumental (pun intended) figure in the Birmingham music scene as a member of multiple bands — Delicate Cutters, Teen Getaway, Wooden Wand, and most recently Timber, with writing partner Will Stewart. You aren’t originally from Birmingham. What brought you here, and what encouraged you to stay?

I grew up in Rome, Georgia and moved to Atlanta when I was 17 or 18. I dropped out of college but ended up re-enrolling at the University of Montevallo when I was 20. I was a piano pedagogy major, and after school I ended up staying in Birmingham. I freelanced. I wrote. I played and toured with different bands as a bassist, guitarist, pianist, and singer. There was and is this creative and collaborative energy that Birmingham has, and I feel fortunate that I get to be a part of it. You’ve spent a good portion of your musical career collaborating with others, but you are performing as a solo artist this year at Secret Stages. Is this a new chapter for you?

Yes. I still love working with others, but this is an exciting venture. I’m also recording new solo material that will be released in early 2020. In my early years, most of my inspiration came from homesickness and my family. My writing now is reflective of my life now, and that centers around the norms of adulthood: being a caretaker, a friend, a spouse. I suppose that’s songwriting in your 40s.

Aside from subject matter, what can listeners expect from your new material? And does it feel different to play by yourself on stage? As a seasoned performer, do you ever still feel nervous? Seasick released a video of a solo performance, and I think listeners can expect a pared down sound that is a departure from my past bands. I do still get nervous, even after all this time. It’s clearly not crippling stage fright but definitely a sense of pressure or a fluttery feeling. I feel like keeping myself present and not getting stuck in my own head helps me focus on just enjoying the music.

Writing about your personal emotions and experience requires a willingness to be vulnerable. What do you hope your songs reveal about you, and what can you tell us about your process?

I’m a deep feeler — emotional, romantic, and silly — but I’m very disciplined when it comes to my music. Whether it’s new work or a classical piece, I am setting aside time to practice. But it’s looser with songwriting. I have so many voice memos of bits and pieces of songs I’m working on. Creativity ebbs and flows, and I am always trying to catch the inspiration or the words as they pass through my mind.