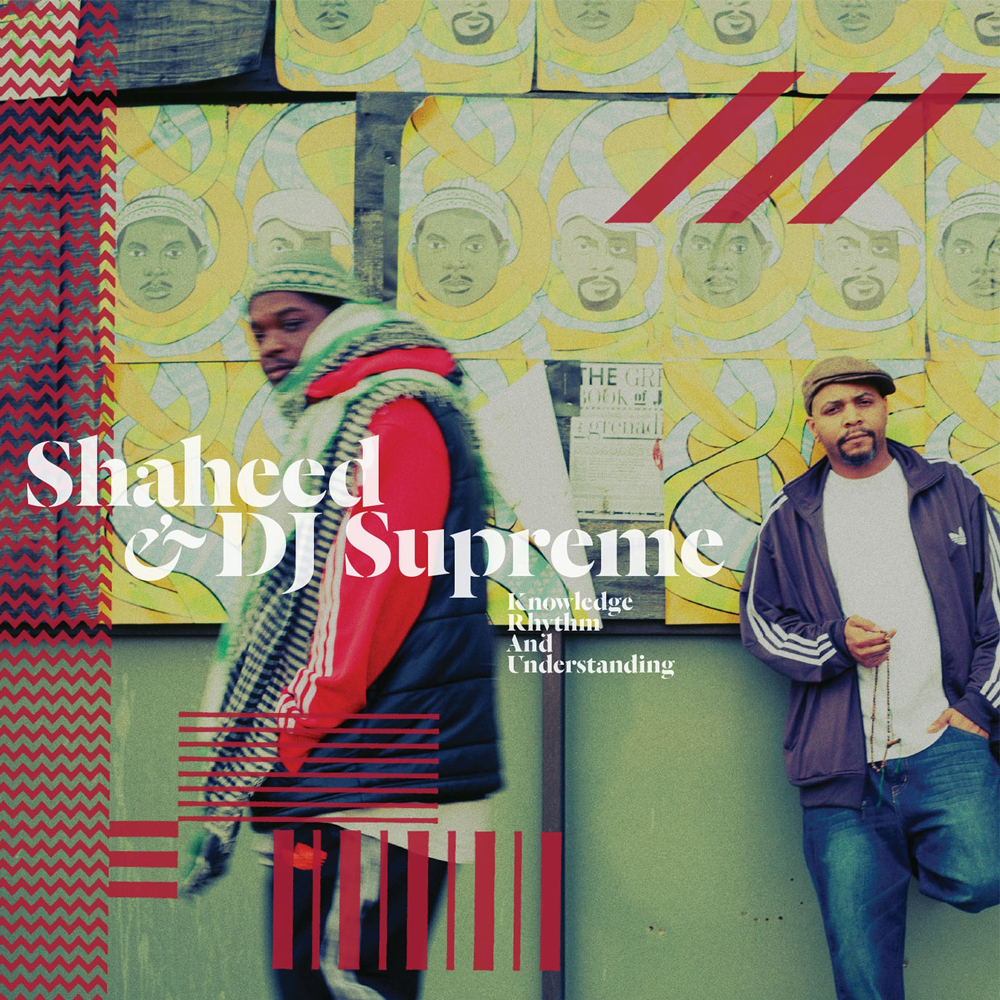 “When it’s all said and done, I hope that I have done more than I have said.”

Communicating Vessels hip-hop duo Shaheed & DJ Supreme have a strong and dynamic partnership. We sat down with Shaheed Tawheed to discuss their soul-inspired sound which presents a genuine voice of humility, encouragement, and positivity.

Birmingham’s hip-hop scene is sometimes overlooked in discussions of Birmingham’s broader music scene. How would you describe our hip-hop scene and the music scene in general?
The city’s hip-hop scene? As far as music, I think Birmingham does sometimes get overlooked. However, there are a few groups out of Birmingham that have done big things. The hip-hop scene in Birmingham is slept on, and some people in the city still sleep on hip-hop, but the scene has a lot to offer. We have a lot of amazing groups in this city. We have toured internationally with Jurassic 5 for three years, so, we have made some headway out in Europe. There are a lot of bands in Birmingham that continue to get national and international attention. But for the most part, Birmingham gets slept on for hip-hop, and there’s a lot of great hip-hop here.

What drives you creatively? Where do you find inspiration?
What drives me, from an artist point of view, is life itself. I’m Muslim, so that dictates everything I do. So you can see that reflected it in the music. That’s really the main thing. For our art to be real, it has to reflect what you do day to day. I try and incorporate my daily living in to the music. It’s a lifestyle.

How is the current political climate impacting your music?
People who have listened to my music before already know that I speak on these things anyway. I am not a very political person, but I do talk about the current state of things – how oppressive things are towards minorities in this country, and how it has been that way since the inception. The thing is, minorities built the country. It’s an interesting thing, especially with what’s going on now. For my people, and our people, this is not the worst thing we have ever been through in this country. Yes, it is bad, but it’s not the worst thing. I always see light at the end of the tunnel.

Between you and DJ Supreme, how do you best combine your talents in the areas of production, rhymes, and beats?

DJ Supreme is a genius on the beats. He handles everything musically as far as the production. I provide the lyrics and the hooks and the verses. We have a great partnership, literally. Our group dynamic is 50/50. He makes the beats. I do the music, as far as the writing. When we do our live show, it is the same way. He DJs and I perform the songs. That’s how we get the most out of it.

He comes up with the beats, and he will send them to me and say, “This is the next thing. This is the next project we are going to work on.” When I first started writing, I wrote to beats. As I have gotten more mature in the art form, now I may write my lyrics before the music comes. Then when the beats come, I say “This is it. This is the right one.” With everything he sends me, I usually have something already prepared. We are like cake and icing. It blends together perfectly. His beats dictate what mood I’m going to go with a song.

Your most recent album, “Knowledge, Rhythm, and Understanding” seems to be a tribute to the hip-hop leaders of the past. What legacy do you hope to leave for the future?
Yes that album was a tribute to the hip-hop we grew up on. Our next album is called “The Art of Throwing Darts.” Right now, we have the EP “The Art of Throwing Darts, The Prequel.” After that, sometime this summer, we will have the bigger album – the official album. We are always going to speak on peace, love, and having fun – that’s what hip-hop is. We are always going to talk about the four elements. And we will always speak on health, wealth, knowledge, and self. These are the themes that we have used in our past albums.

Our next album is about throwing darts – spiritual darts, emotional darts, political darts, health darts. The dart represents sticking. With this album, I am hoping that it sticks and resonates in their brains. We are in some serious times. Hip-hop shows are supposed to be fun, but at the same time, we want to uplift and educate. That’s what I hope to leave behind – that I have uplifted the people; educated; given them hope, growth, opportunity; and for people to just be the best versions of themselves. When it’s all said and done, I hope that I have done more than I have said.