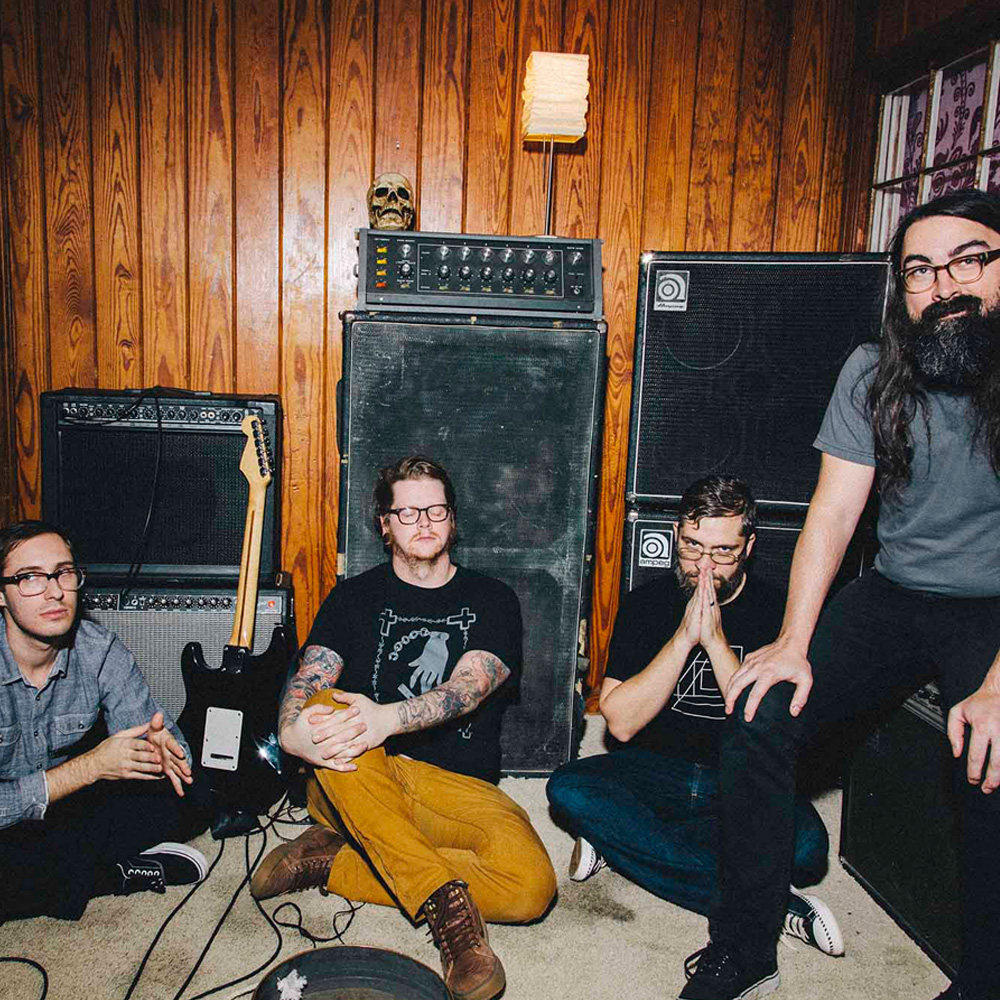 “I think it’s great that Sloss Fest, in partnership with Seasick Records are having a locals stage this year. It may be a little too early to see the impact of these festivals on the deep underground of Birmingham’s music scene, but it is a great sign for future years. .”

1. You just released your debut full-length album, “Sleep Walking Days” along with a split 7″. What can you tell us about the releases? What has the reaction been like?

Sleepwalking Days is a collection of material recorded over two years (2013-2015), and it really solidifies the current sound and line up of NULL. It marks a big change in the catalog of our music. It’s a shift from the experimental and often-improvisational music that we’ve been playing in Birmingham since 2007, to a more song based form with vocals and a deeper melodic sense. I think there is definitely more accessibility in these songs, and i’ve noticed way more people responding to these individual songs. I think people see us more as an actual band with songs now, rather than a project band. The split 7″ with Self Defense Family came about because we’ve been friends for a long time through various others bands we’ve played in, and we had extra material recorded from our album sessions so it made sense to do a 7″ release with them.

2. You’re playing both Sloss Fest and Secret Stages this year. What impact do you think events like this have on local music?

I think it’s great that Sloss Fest, in partnership with Seasick Records are having a locals stage at Sloss Fest this year. I think it may be a little too early to see the impact of these festivals on the deep underground of Birmingham’s music scene, but the fact that they’re starting to include a few more bands that are little more left of the norm is a great sign for future years. Birmingham has so many smaller bands that I would love see play to more than their 30 friends on any given night. We might be a long way from that, but these fests and places like Saturn have definitely started giving some of those bands a platform that they didn’t have before.

3. How do you think Birmingham can help support local musicians?

People can support local musicians by going to see them play and listening to the records they make. I know that sounds very obvious, but I also think many local musicians are guilty of playing too frequently, and they often lose the crowd that they’ve cultivated over time. It’s a hard balance to maintain, but if a band is writing the best material they can and putting on the best show they can, all while keeping their friends and crowd informed of their activities, but not beating people to death by playing 5 shows a month, people will come to see that band again and again.

4. Are there any local or national musicians/bands that help influence your song writing?

We’re influenced by punk rock and underground culture at large. [Kevin has] been influenced by Birmingham’s underground music scene since [he] was a young teenager, including the music of band mates. Birmingham has always had so many unique voices, and this amazing accessibility to go see them up close and exposed. If you stick around long enough you can assert your own voice into that scene, and even collaborate with those people who’s art you admire.

The Firehouse has kind of been a home base for us for a while now, so any time playing there feels great. Our album release show at Seasick Records was a lot of fun. Playing with our friends Creepoid at the Nick a few months back was also a highlight.

NULL is playing the Seasick stage at Sloss Fest on July 16th and Secret Stages August 5th. We’re recording our 2nd album later this summer along with a couple other tracks for future split releases and compilations.