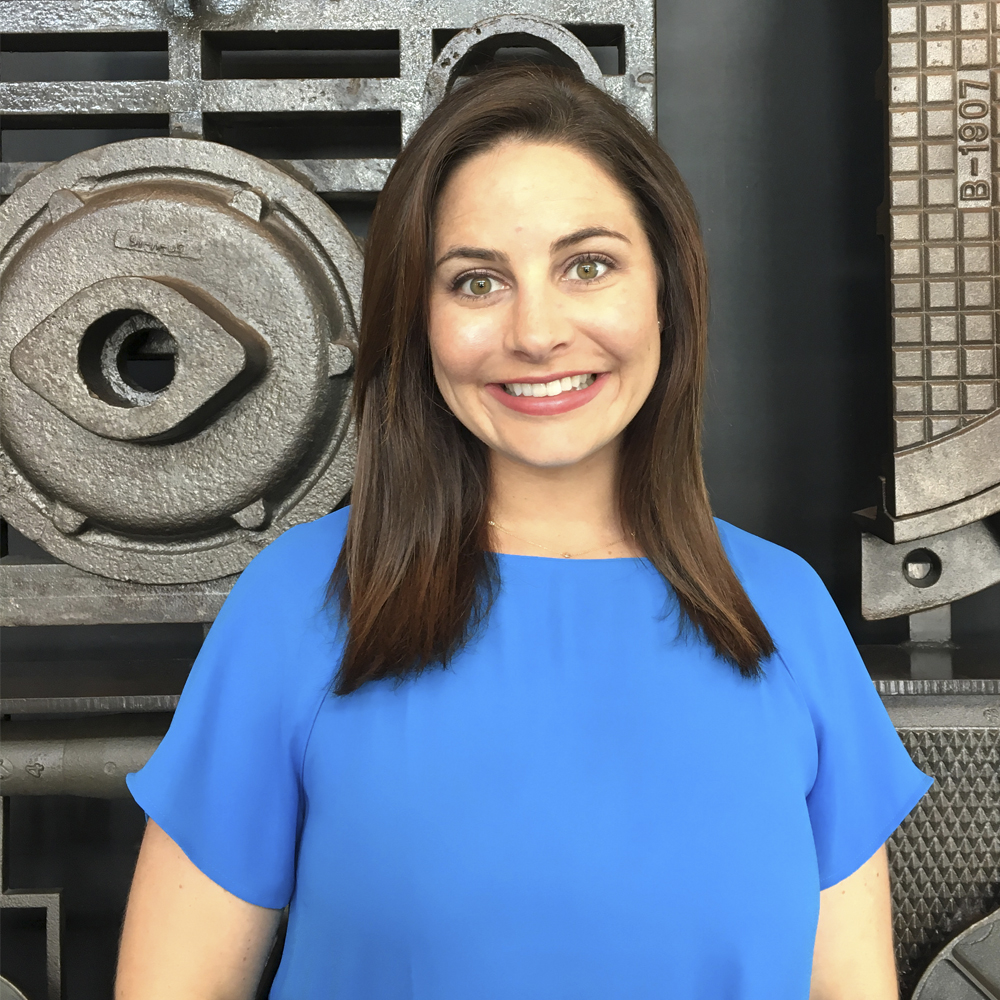 “Vulcan Park and Museum operates with one mission in mind: to preserve and promote Vulcan as the symbol for the Birmingham region, advance knowledge and understanding of Birmingham’s history and culture, and to encourage exploration of the region.”

Name: Morgan Berney
Occupation: Director of Marketing & PR at Vulcan Park & Museum
Creative Industry: Culture & Heritage
1. Vulcan is 112. What kind of upkeep does someone that old require?
Vulcan is definitely getting older! Our maintenance and operations team does a fantastic job of keeping up the grounds at the park and inside the museum. Vulcan himself is inspected annually for any repairs that he may need. It’s really a cool thing to see the engineers and inspectors up there, checking out the “big guy.” This “annual checkup” ensures that Vulcan stays fit and strong for future generations to enjoy.2. Now in their third year, what inspired you to create the Vulcan Community Awards?
The Vulcans Community Awards were created to give the people of Birmingham’s seven-county region something different, something to aspire towards. This program recognizes citizens who exemplify civic pride, leadership and progress just as Vulcan has symbolized for 112 years.There are teachers, business owners, parents, public servants and thousands of others positively impacting our lives every day, and The Vulcans is a meaningful way to honor their contributions to society. We hope nominations will include people who may otherwise go unnoticed including friends, family, co-workers, parishioners, mentors, and others.

Complete information on The Vulcans Community Awards and the nomination form can be found at: http://visitvulcan.com/the-vulcans.

3. For anyone who hasn’t visited the museum, what can they expect?
The Vulcan Center museum is really the most comprehensive history museum in the Birmingham region. The museum starts with the process to make iron, which is what Vulcan is made of, then moves into sections that highlight the way residents lived and worked in Birmingham’s early days. The epicenter of the museum is strictly about Vulcan’s history and how and why he was preserved. Our museum wraps up with sections on how our city played roles in the Great Depression, World War II, and the Civil Rights Movement. When you exit the museum you’ll encounter the Linn-Henley Gallery that houses our rotating exhibits, the “Birmingham Today” area with large glass windows that look out towards downtown Birmingham, and the newly expanded gift shop, “The Anvil.”

4. Can you tell us a little about your current exhibit, 5 Points: Patience, People, and the Plan.
Vulcan Park and Museum operates with one mission in mind: to preserve and promote Vulcan as the symbol for the Birmingham region, advance knowledge and understanding of Birmingham’s history and culture, and to encourage exploration of the region.

In support of this mission, our staff implements many educational programs like rotating gallery exhibits including the current exhibit, 5 Points South: Patience, People, and the Plan.

For more than a century, Five Points South has been a multicultural haven for Birmingham’s free-spirited creatives. Founded in the 1890s as the suburb town Highland, it enjoyed streetcar access to downtown. Originally populated with stately Queen Anne houses, the architecture evolved to include many of the Art Deco, Spanish and Craftsman style homes and structures found there today.

In 1980, dedicated community and civic leaders saw the historic and economic value in the then diminishing Southside neighborhood. Leaders created a plan to revive Birmingham’s many neglected districts. Shops, restaurants and entertainment venues as well as the historically significant architecture continue to be a draw for this community. The 1980 plan was a springboard for future plans, which continue to help our city flourish.

The exhibit will run until late May 2017.

5. How many fireworks do you go through for Thunder on the Mountain? In your opinion, where is the best view?
The pyrotechnic production company, Pyro Shows of Alabama, will shoot off nearly 2,500 fireworks in this year’s show. For the best viewing experience, make sure you have a clear view of Vulcan! Prime viewing locations include Five Points South, Homewood, Vestavia, Mountain Brook, and the UAB campus, among others. Based on growing crowds in recent years, organizers are advising spectators to stake out a viewing point well in advance of the 9:00 p.m. show.