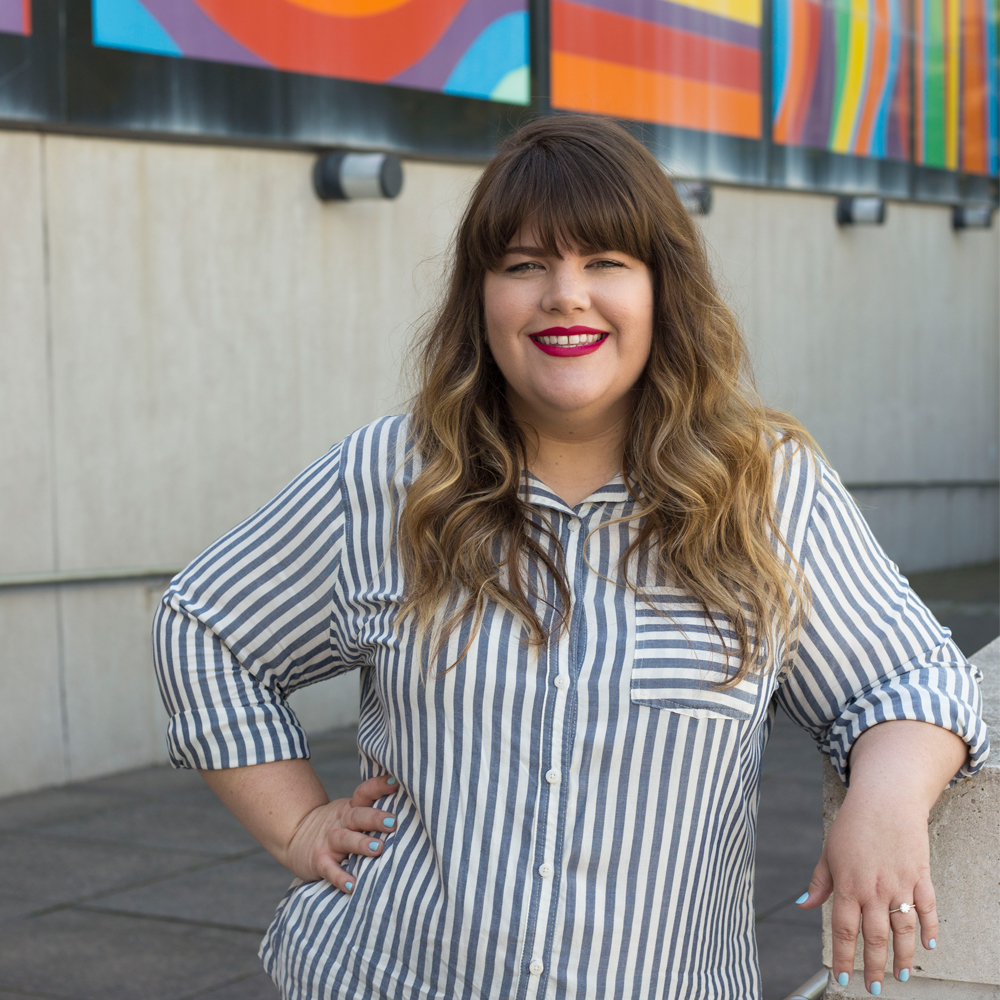 “I actually moved to Birmingham for this position. I was excited because it really seems like Birmingham is in an amazing period of transition. There are things happening around the city at all times, so it’s a fun time to live here.”

A native of Santa Cruz, California, Lana Beardslee is the Manager of Public Programs at the Birmingham Museum of Art. She creates hundreds of engaging programs each year, including the new series, Chapters, which is presented in conjunction with the Museum’s current exhibition Third Space /shifting conversations about contemporary art.

What brought you to Birmingham and what has surprised you most since you’ve been here?

I actually moved to Birmingham for this position. I was excited because it really seems like Birmingham is in an amazing period of transition. There are things happening around the city at all times, so it’s a fun time to live here. One thing that surprised me was that a lot of people don’t know the Museum is free! You can literally pop in anytime you want for some inspiration. That’s an amazing perk you don’t get in many cities.

The Birmingham Museum of Art opened Third Space /shifting conversations in January. It’s the first large exhibition of contemporary art from the Museum’s own collection. Can you talk a little about the exhibit?

Third Space uses contemporary art to find ways the American South connects to a more global conversation. The exhibition is stunning. It includes the work of artists from around the world and is divided into themes that explore important topics that cross cultural boundaries like migration, representation, nature, and tradition. Many of the works are large in scale which creates a really amazing visual impact from the moment you walk in. The show has been very popular and I would encourage anyone who hasn’t seen it to go as soon as possible!

The museum is debuting its new series Chapters, a six-part series of artist talks, conversations, and performances that will take place in conjunction with Third Space. Chapter 01, Tuesday, April 18th, will feature athlete Tommie Smith and artist Glenn Kaino. What can we expect from this conversation?

Yes, we are really looking forward to this program. As most people know, Tommie Smith became a civil rights icon when he raised his fist while receiving a gold medal at the 1968 Olympics for the 200-meter dash; and his silent gesture became a symbol for human rights. LA-based artist Glenn Kaino collaborated with Smith to create a sculpture called ‘Bridge’ using essentially a cast of Smith’s arm. For our program, the two will be having a conversation about their collaboration, giving us a behind-the-scenes glimpse into both the artistic process and Smith’s fascinating history.

What can we expect from the remaining Chapters?

Chapters was designed in conjunction with Third Space in an attempt to bring the exhibition experience to life by introducing the public to artists and performances related to Third Space themes. There are six total programs in the series. In September, we are bringing Ebony G. Patterson in to talk about her work. Patterson is known for her vibrant, highly decorative images that deal with issues of societal violence. All the artists that we are collaborating with for Chapters are working with issues that are very relevant today.

As the Manager of Public Programs, how do you incorporate the Museum’s on-going works into fresh events?

I’m always walking the galleries for inspiration. For instance, our after-hours program, Art After 5, which is held every first Friday, is always themed around something from our collection. In July, we are going to have a summer camp themed night and tell ghost stories inspired by some of our paintings. In August, we are having a circus themed night to complement a rotation of circus prints from our American art collection. Getting inspiration from our collection is the easiest part of my job!

What sort of exciting programs do you have in store for the rest of 2017?

On May 10th for the Museum’s Edward M Friend and Hermione Friend Lecture we are super excited to feature a performance orchestrated by Iraqi born artist Hayv Kahraman that involves women from the Birmingham community and will reflect on concepts of diaspora, immigration, and community. In November Holland Cotter, art critic for the New York Times, will be giving a talk at the museum. He’s written some amazing articles about the role of museums in today’s society. And of course, it’s almost time for Art on the Rocks! There’s always something happening at the museum. We definitely keep busy!