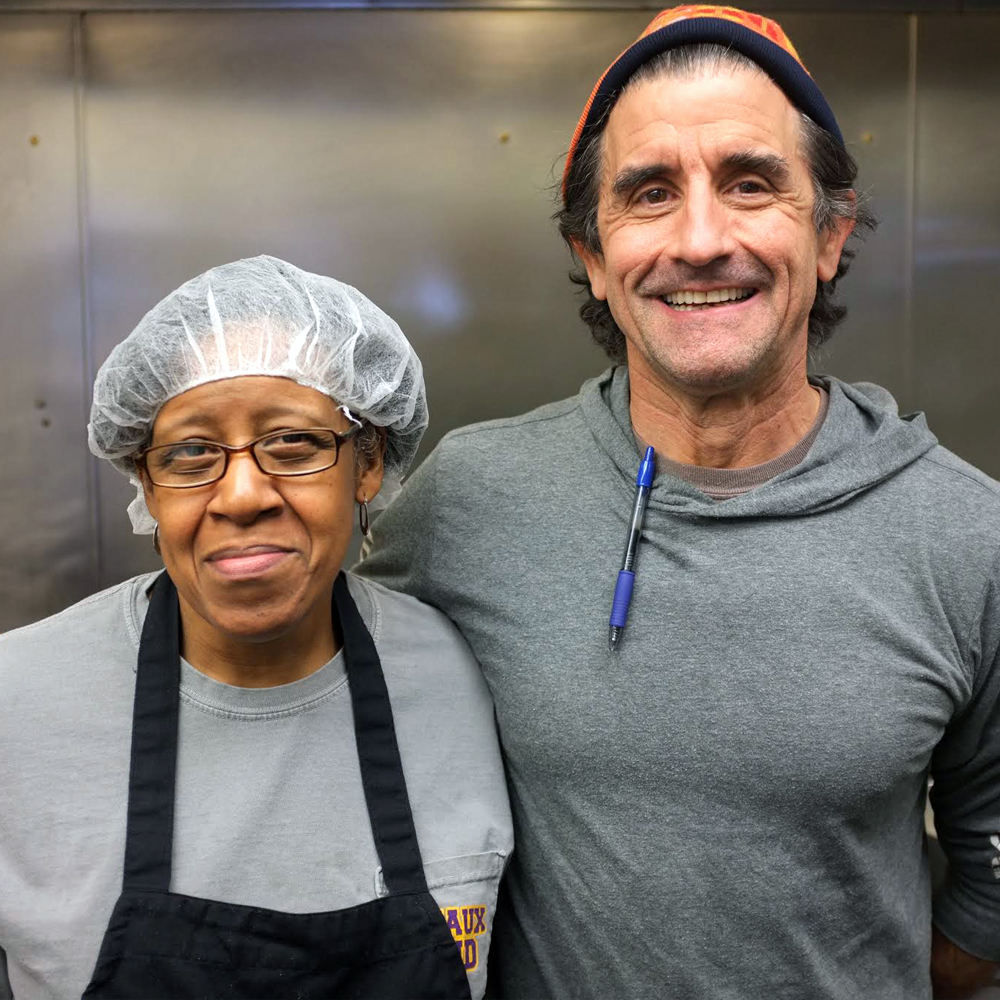 “I’ve always pretty much bought produce from the local folks. I never gave it much thought back in the day. It just seemed like the thing to do.”

1. You’re part of Birmingham’s storied Greek food community. When did you start and how did your Greek family culture influence your cooking?
Of course, the Greek culture is famous for their food and I had aunts and uncles in the business. I worked in their places in the summer and just kind of took to it. I opened my first place right out of school, a hot dog shop, in 1974. The hot dog place was open for about five years and then I moved over to UAB.
Customers started asking for more than hot dogs and burgers so we started serving chicken dishes and it just grew from there. We were in the UAB location (Sitar Indian Restaurant now occupies that space) for almost 30 years. Now we’ve been in Crestline for 9 years.
2. We’ve often seen crates of local produce stacked at your door and inside. Tell us about your commitment to local resources.
I’ve always pretty much bought produce from the local folks. I never gave it much thought back in the day. It just seemed like the thing to do. Obviously someone latched on to the idea and now it’s a movement. It was always easier to buy locally anyway; so that’s what we did.
3. You’ve had the same cooking partner for virtually your entire career. How important has that relationship been to your longevity?
Charlotte’s been with me almost 30 years and she’s the best. She pretty much runs the show. I don’t know what I’ll do when she retires.
4. People come to you for comfort food, but you’re also constantly testing new ideas. How do you balance that and what’s new that we should know about?
Well I served breakfast in the Downtown location forever, but when we moved to Crestline I decided I didn’t want to wake up at 4:30 AM anymore. That being said, we just started a thing on Saturday mornings called Biscuits and Beignets. I’ve had people in the neighborhood asking for another breakfast option. We just started last week and we’re working out the kinks. We hope to eventually serve breakfast on other days as well.
We’ve always been considered a “meat and three” place, but when we moved over here I wanted to get away from that image a little bit. So we started adding more burgers and salads and sandwiches. It’s worked well and we will continue to adapt to what our customers want.
5. You could be considered an elder statesman in Birmingham’s culinary scene. What advice would you now give your 19 year old self about starting a restaurant?
Haha I don’t know if I could be considered and elder statesman. Sometimes, for me, the business aspect of running a small business kind of distracts from the creative side. You’ll be cooking a piece of hamburger meat and have a new idea to try and then the phone rings and you have to talk to somebody about your lease or power bill or whatnot. If I was just getting started I would find someone to handle the business side for me so I could just cook.
PrevPreviousI Create Birmingham: Raven Dewitt
NextI Create Birmingham: Saramia ArenasNext