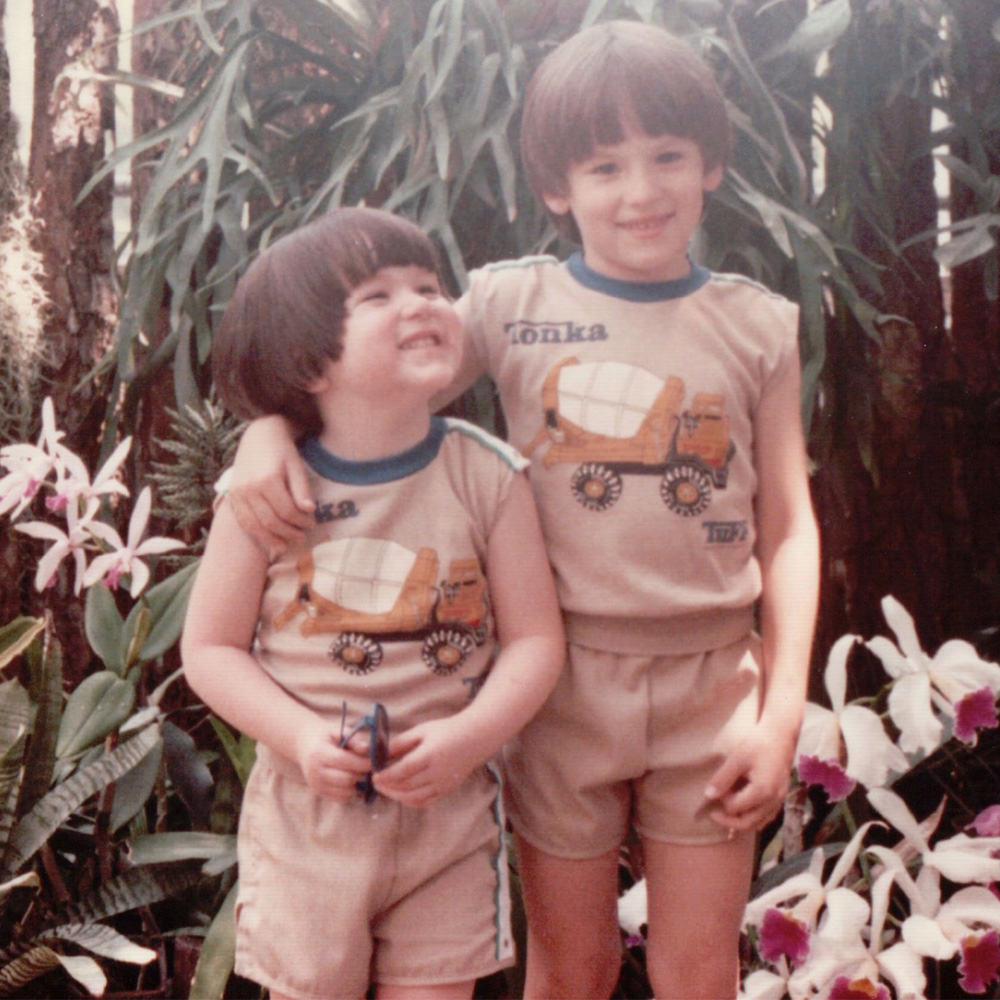 “Generally, though, we just don’t want to shoot guys pressing buttons on a computer or a single person on stage because there’s not a lot to look at.  A dynamic band with members that are all doing something is always the best.”

Brothers J. and Matt Whitson clearly enjoy each other’s company. In addition to their roles at Alabama Public Television, where J. serves as Production Manager/Associate Producer and Matt serves as Documentary Production Specialist, together they are the producers of Subcarrier, a new live music program on Alabama Public Television. Subcarrier, filmed in Avondale at Saturn Birmingham, features noteworthy performances from across the musical spectrum. Previous episodes can be viewed on the Subcarrier website, with outtakes and additional information on Facebook.

Since premiering Subcarrier last fall, you’ve shot a wide-ranging group of artists. How do you go about determining which acts to feature, and have you had a favorite show thus far?

J.: We watch Saturn’s calendar and pick out groups that we feel like are interesting or noteworthy for some reason. We try to be as eclectic as possible and present a variety of approaches and sounds to the people of Alabama. But we also have to be mindful of what will (hopefully) look good on camera. So if it’s a two-person band, you want them to have a good stage show and presence. My favorite show was probably the Sun Ra Arkestra and getting to sit down with the bandleader, Marshall Allen, and get into the entire Sun Ra philosophy. Also we just shot Alejandro Escovedo a few weeks ago and the show was amazing and he was just the nicest guy. AND we shot Guitar Wolf from Japan and they totally shredded. Both of those episodes will be coming out in the spring.

Matt: It’s sort of a weird, multi-part process that starts with “Do we like this band?” From there, we try to figure out if it’s something that other people in the state might care about. Usually that answer is also a yes, but then we have to secure permission from the band, which we’ve had really mixed luck with this time around. A lot of the bands that have been playing at Saturn so far are big enough to not really need or want any extra publicity from the likes of us, which makes it a little harder. There are a bunch of bands that we’ve reached out to that either weren’t interested or were just impossible to get ahold of. That said, we’ve also had a couple of fairly serious “gets” like The Sun Ra Arkestra and Alejandro Escovedo. I think my favorite show so far is Lower Dens, which was also our first. I’ve been a pretty big fan of Jana for a long time now. My old band played a show with her at Bottletree several years ago, and we shot Lower Dens for WHS, so she sort of feels like a friend, in a way.

Many of our readers are familiar with your previous program, the Emmy Award-winning We Have Signal, which was filmed at Bottletree from 2008 to 2015. How does Subcarrier build on your experiences producing We Have Signal?

J.: Subcarrier aims to be a bigger, better, brighter version of We Have Signal. We already have a good idea of what we’re going for, and we’ve developed relationships over time with a lot of PR firms promoting these bands. We have some long-standing sponsors, Good People Brewing Company and Weld, that we brought along to Subcarrier. Saturn has a huge stage and they can do some pretty amazing stuff with their lights that looks really cool on camera. And they really like using their smoke machine, which always helps.

Matt: When we started WHS, we had no idea what we were doing at all. We had it mostly worked out in a technical capacity, thanks to some side jobs that we’d done shooting live music in the past. But I don’t think we were at all prepared for what’s involved with creating a TV show of our own. For the first couple of seasons, it was just sort of this extracurricular activity we were allowed to do, so long as it didn’t interfere with our “real” jobs making documentaries. Most of that was our fault. We just never really figured out a good way to sell it internally, and I think most of the higher-ups at the time just didn’t get it. After two or three seasons, it started to build a bit of a following, and the fans of the show were pretty vocal about their fandom. Over the span of a couple of years, it morphed from this thing they let us do to something that everyone was pretty stoked on. With Subcarrier, it was mostly a much smoother start. We already had a couple of underwriters signed on from the start, and we already had a network within the music PR industry to help us get in touch with bands.

Does a great live show in person automatically translate into a great show for television or do you find that there are certain qualities you look for that indicate that a particular musician or group will film well?

J.: It doesn’t always translate directly but generally if it was a great show live and everyone’s done their jobs, it should be pretty decent on camera. There can be huge challenges, though. Several years ago we wanted to shoot Monotonix for We Have Signal and they would do these insane shows where they set up in the audience and set stuff on fire and danced on the bar and everything. It wasn’t until they started using wireless drum mics that we were even able to consider shooting them and even when we did it was total chaos. We had to cover our cameras with trash bags to protect them.  But it ended up being a pretty great episode. Generally, though, we just don’t want to shoot guys pressing buttons on a computer or a single person on stage because there’s not a lot to look at.  A dynamic band with members that are all doing something is always the best.

Matt: Nope! So far this hasn’t been the case with any Subcarrier episodes, but there were a few WHS episodes where you could really tell the band was pretty inexperienced or couldn’t really hold it together. In an actual live setting, just the energy in the room and the volume can cover that up. I go to a lot of shows, thanks to my weird hobbies, and I definitely find myself evaluating bands that I see in terms like, “yeah, this is really good, but how would it hold up to the microscope of a multitrack recording and 5 cameras?” There are some super sloppy bands that can totally pull it off somehow, and there are some super tight bands that just don’t really come across.

A great deal has been written about how Birmingham’s music scene has flourished over the last decade or so. What do you hope to see happen over the course of the next decade?

J.: I’d like to see more bands going out and touring. I think that’s absolutely fundamental. I’ve been happy to see that some have been able to go on some pretty big nationwide and international tours, and I hope more bands get that chance and can take it. For years and years, incredible bands started up that never could get on the road and I always thought that was a huge loss, both to the city and just music in general. I also hope to see more DIY spaces around town and more people support the ones we already have. There have been a lot of people over the years that pour their lives into making these places work, and we shouldn’t ever take them for granted. Pretty much every huge band started out at a DIY place and they’re the best incubators for the most interesting stuff.

Matt: Even more bands actually making records and going on tour to sell them to people. Any sort of recognition Birmingham bands have gotten over the last 5 years or so has just been because a lot of them stopped being a bunch of really great local bands and are instead really great regional and national touring bands. There were always one or two who would actually make the effort to get out of town, but lately there are a lot more, which has been super helpful. Also, just for me personally, I’d like to see a slightly larger and more coherent avant garde/ experimental/ noise/ whatever scene. That just happens to be what I’m the most into, and that scene is definitely still in “fledgling” status. It’s growing, though!

As members of the film and media community as well, how would you like to see that sector evolve as Birmingham continues to grow?

J.: I’d like to see more local production happening in and around town and the state. In my work on other programs for APT, I see tons of great locations all over Alabama that would work for so many different kinds of projects and I hope we can find ways to lure more production companies in to take advantage of them. And I hope things like Sidewalk Film Festival can continue to grow and help foster a bigger local film community.

Matt: This is something where I can’t speak with a ton of expertise, but I’d like to see Alabama develop a real, serious film commission like exists in Louisiana and Georgia. I don’t know. That ship might have already sailed a few years ago. GA and LA already have a lot of infrastructure around film that we don’t, and no amount tax credits or salesmanship is going to change that, but it’d be nice to try.