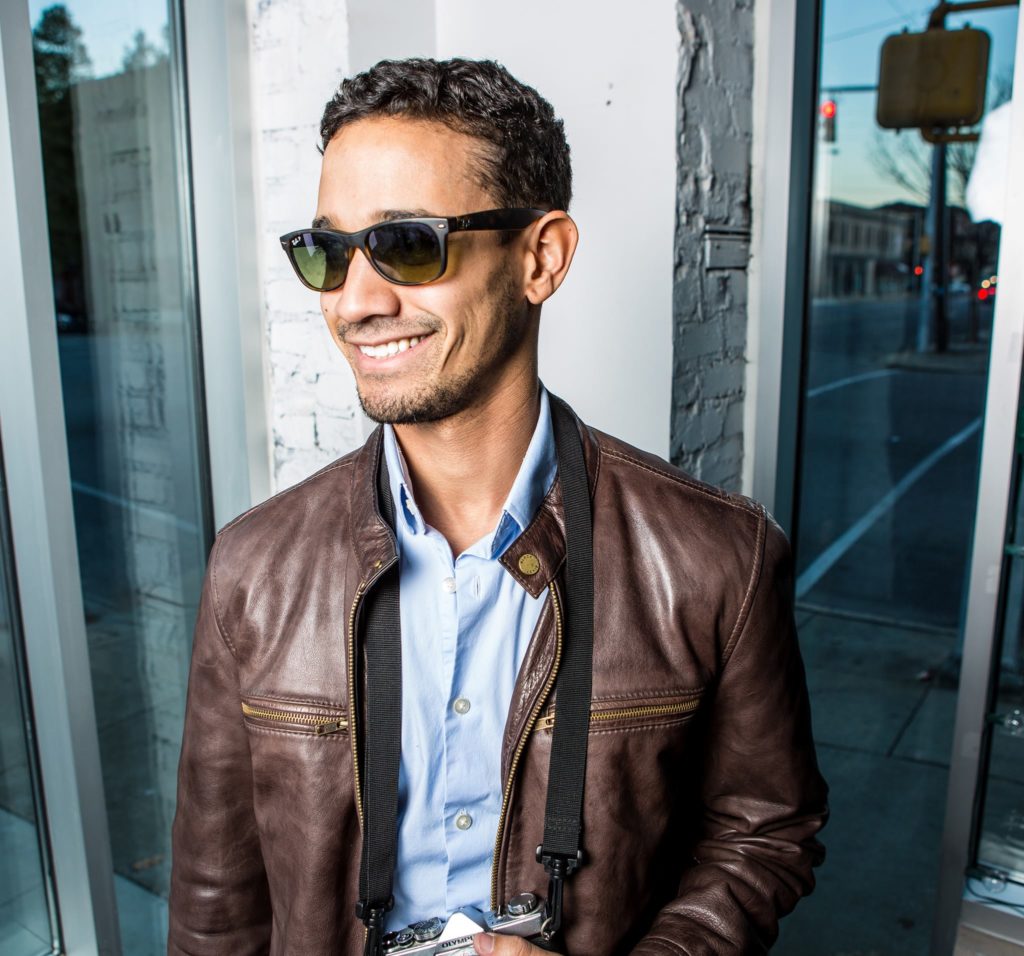 "I want to use film as a medium to change the perspective of others. Cinema is a way for us to communicate about issues and begin to understand each other."

Birmingham native Ginnard Archibald is a storyteller. The filmmaker and photographer is a recipient of three regional Emmys and has been nominated for a national Emmy this year. He has a distinctive and visceral style, with an uncanny ability to convey an experience or an emotion without a word of dialogue. This week he spoke with Create Birmingham about how film and photography are not only his personal creative outlet and professional calling, but also a means to encourage his viewers to pay closer attention to the world around them.

Ginnard, were you always interested in film? How did you get started in this industry?

I have always enjoyed movies, but I didn’t consider pursuing film until later in high school. I knew I was creative, but I am dyslexic and had a speech impediment when I was younger. I felt frustrated and anxious in school and wasn’t a good student, but I began to find my voice in writing and then found my dad’s old cameras one day. My friends and I would make videos, and I started to feel like it was something I was good at. I knew I didn’t have the mindset for a traditional four-year college, so I enrolled at Full Sail University in Orlando. It was an intense program where I was able to immerse myself in what I wanted to learn about, and I thrived there.

After film school, you chose to come back home to Birmingham instead of pursuing a career in New York or Los Angeles as some might expect. What brought you back?

Even in high school, I remember having friends who vowed to leave town and never come back. I never felt that way. I used to walk around downtown and fall in love with Birmingham. Every detail on the buildings, secret little alleys, the history – it was like I had uncovered an artifact that I had been growing inside all along. It provided me with plenty of inspiration; I didn’t feel any need to move elsewhere.

Did you experience any hurdles?

Oh, yeah. After I graduated from Full Sail, the recession hit. Pursuing a film or photography career was challenging at best. I had student loans to pay back, so I took a job as an HP sales rep, training retail employees how to use printers. It wasn’t what I wanted to do, but I was able to save up for a good camera and began to offer photography services to friends. I realized that, even in a recession, people were willing to spend money on wedding photos. I shot for free or discounted rates to build my portfolio and practice different techniques so that I could establish my own style.

Many photographers seem to get their start with wedding photography but stop once they experience more commercial success. You’ve been commercially successful and featured in a lot of recognizable publications, but you still shoot weddings. Why is that?

There is stress in shooting weddings at times, but I feel privileged to get to witness love and document it as it unfolds in front of my eyes. I want to capture the moments not everyone sees, and I hope to shoot my subjects in a way they don’t necessarily see themselves. I am always watching for the way people look at each other, their body language, what they don’t even notice they’re doing. That’s the same way I approach commercial work. I am always striving to get people to see what I see.

What films or filmmakers stand out to you or inspire you?

I love just about anything by Ridley Scott or J.J. Abrams and any sort of psychological thriller. My dad is a psychologist, and stories that delve into the way the mind works and can capture the breakdown of a personality are fascinating to me. Vanilla Sky, directed by Cameron Crowe, is a standout. The colors, soundtrack, and cinematography pulled me in, and it was the first time I found myself falling in love with a character. The story was abstract and nonlinear, but the theme was about the choices we make and the gravity of those repercussions. It made me realize the power in film.

You’ve been working on a series of films for Facebook. Tell me about that.

It’s called Chasing Corruption and is a Facebook-produced series that highlights stories of conspiracy, bribery, and fraud uncovered by journalists across the country. Each story is told A-Z and in a more cinematographic way than traditional journalism. We filmed eight episodes, and a new story is released every Tuesday.

What is your personal goal as a filmmaker and what is your vision for the future of film in Birmingham?

I want to use film as a medium to change the perspective of others. Cinema is a way for us to communicate about issues and begin to understand each other. Birmingham is ripe with talent, and I’d love to see more collaboration within our industry. I think as artists we are best when we have a seat at a creative roundtable and can build ideas together.