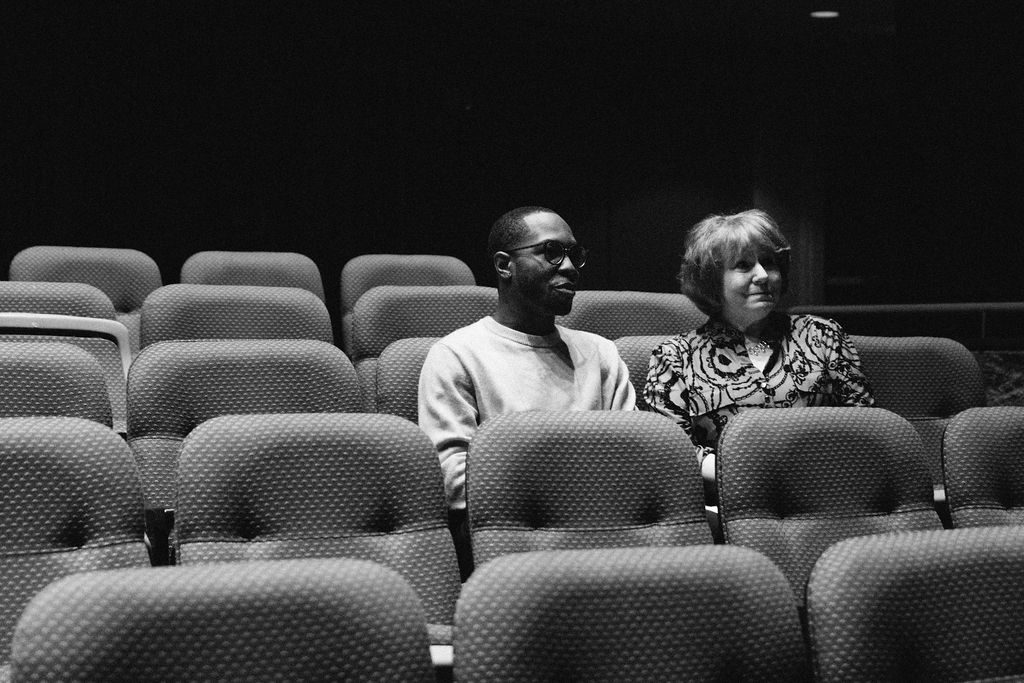 "Savage poses the question, 'What makes a man civilized and what makes him a savage?' I hope, more than anything, we inspire people to reevaluate how we look at each other now."

“Art is good for the heart,” is Carolyn Violi’s mantra. The Broadway musical producer, conductor, educator, and UAB’s resident musical director is an impressive addition to the institution’s equally impressive musical theatre department. Their upcoming show, Savage, opens next week, and the original production has been a labor of love that has been three years in development. Savage tells the heartbreaking and true story of Ota Benga, a Mbuti man  taken in the early 1900s to be exhibited and exploited at the St. Louis World’s Fair and The Bronx Zoo. Playing the lead role is Royzell D. Walker who, together with Carolyn, feels a great responsibility to share the story of humanity, love, and loss. Although, at a glance, the seasoned theatre maven and the bright young college senior may appear an unlikely friendship, but Carolyn and Royzell share a bond and mutual respect rooted in their passion for music and a belief in the power of storytelling.

Carolyn, for those who may be unfamiliar with the story of Ota Benga, could you give us an overview of who he was?

Carolyn: Ota Benga was a Mbuti man who lived in the Congo with his wife and children. During King Leopold of Belgium’s reign, the natural resources of the Congo were being mined, and the indigenous people were subject to incredible violence. Ota Benga’s family was killed and he was taken first as a slave and then exploited at the St. Louis World’s Fair in 1904. He ended up at The Bronx Zoo where he was forced to live in the monkey house and was exhibited as “the missing link.” A group of outraged black ministers protested his treatment and were finally able to negotiate his release from the zoo to an orphanage in Lynchburg, Virginia. But by that time, he was so broken and displaced he took his own life. He was only 33. This is a new and original production. How did the idea to tell this story and develop it into a musical come about?

Carolyn: Professor Karla Koskinen in our department heard about Ota Benga and was deeply moved by his story and disturbed that it wasn’t more widely known. It hit a nerve with all of us in the department. The themes of exploitation and inequality are still very relevant today. It felt like a story that must be told. We got approval and began to develop the writing, music, and choreography. We pulled Royzell in to play Ota Benga, and three years later, we are finally ready for a performance. I don’t think it stops here either. I think this story has a life after UAB.

Royzell, you have invested three years of your life into this character. How has Ota Benga and his story shaped who you are? Royzell: It has profoundly changed me. I wasn’t familiar with the story, but it resonated so deeply with me. I wanted to be a part of sharing this, for myself and for my people. My nature is to guard my heart, but Ota Benga lived with an open heart. He shared himself fully. He was displaced, dehumanized, exploited but continued to look for love and light in others. That has absolutely influenced the way I strive to see others and take them in.

What is the message you hope to impart on your audience in Savage?

Carolyn: Savage poses the question, “What makes a man civilized and what makes him a savage?” The play itself jumps back and forth from the 1900s to present day, because this question is as relevant today as it was then.

Royzell: From Savage’s inception three years ago to now, so much injustice has continued to occur within the black community. This is just one account, but there are countless stories throughout a relatively short history that have been dismissed, swept under the rug, unheard. I hope, more than anything, we inspire people to reevaluate how we look at each other now.