"CO.STARTERS helped me understand my value and figure out how to grow... I think financial success and emotional fulfillment are often sold as being mutually exclusive, but we get to choose our realities, and having both is possible."

To Eryka Perry, food is about connection. The owner of Not Just Catering is a health coach, menu consultant, and private chef as well as the executive chef of Michael’s Restaurant —newly reopened atop the Negro Southern League Museum and overlooking Regions Field. A champion for entrepreneurship and wellness, Eryka is a CO.STARTERS graduate and facilitator — guiding other creative professionals to achieve their goals and define their own paths. 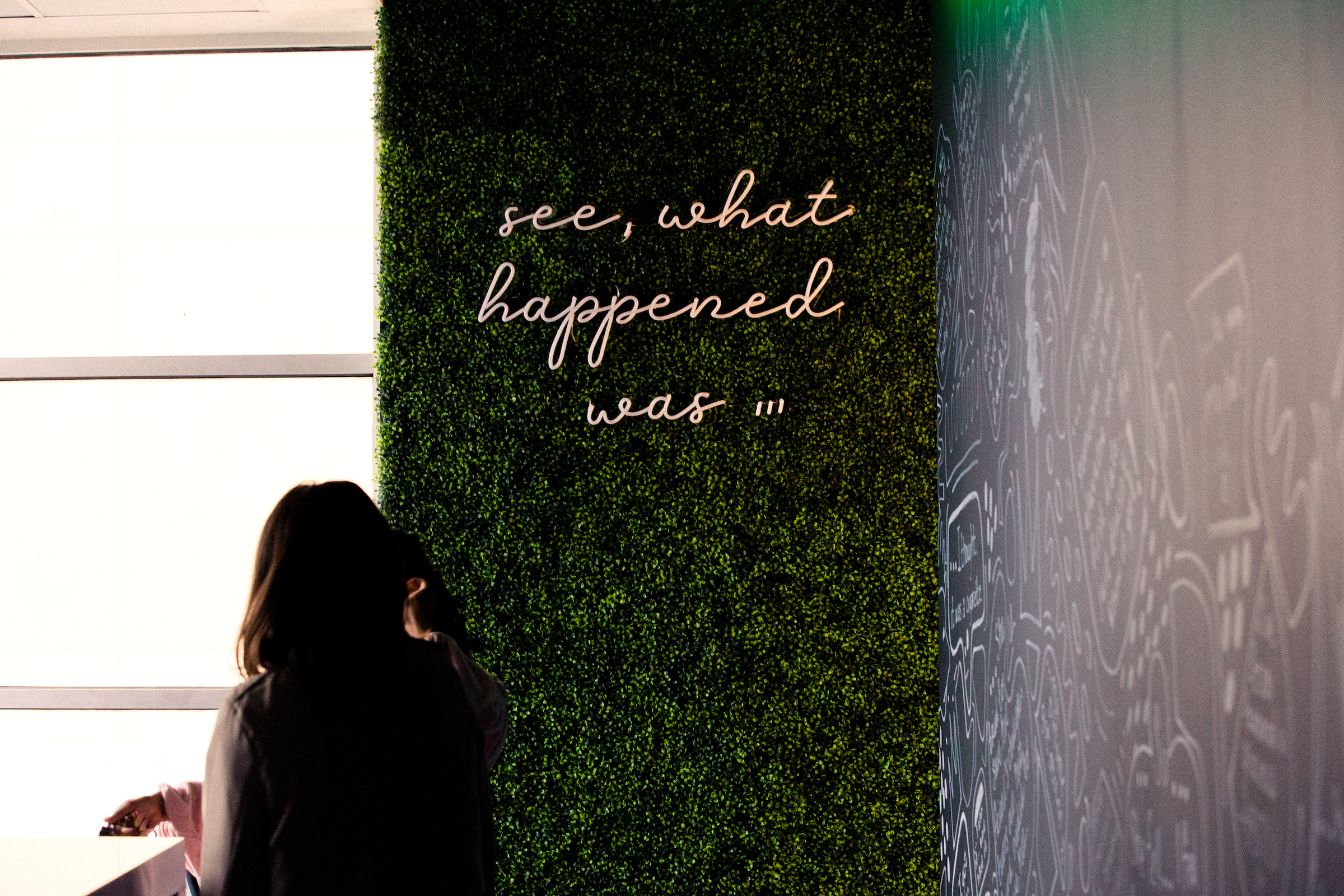 Where did your passion for food, hospitality, and wellness begin?

Food and science have always been my thing! I am and have always been the one who is up while everyone else is sleeping. And that is when I am at my most creative. So, early one Saturday morning, at the age of six, I made my first solo meal.

I attempted to make boiled eggs in the microwave, a salad made from cabbage because I didn’t know the difference between cabbage and lettuce at the time, and Jiffy corn muffins with green frosting. I arranged flowers and took everything upstairs to my parents. The meal was not amazing, but what stuck with me was my mom’s reaction. She was so impressed and happy, and she kept that ugly little floral arrangement for years as a memento. That affirmation stuck with me.

At 14, I threw a dinner party for my mom. I turned the downstairs into a lounge, served appetizers, had a cocktail hour — I don’t even know how I understood what cocktail hour was at 14! I talked my friends into being servers, and we all wore matching “uniforms.” There was a five-course menu. And this was my hobby! I did it for fun, and no one told me I could make money that way. 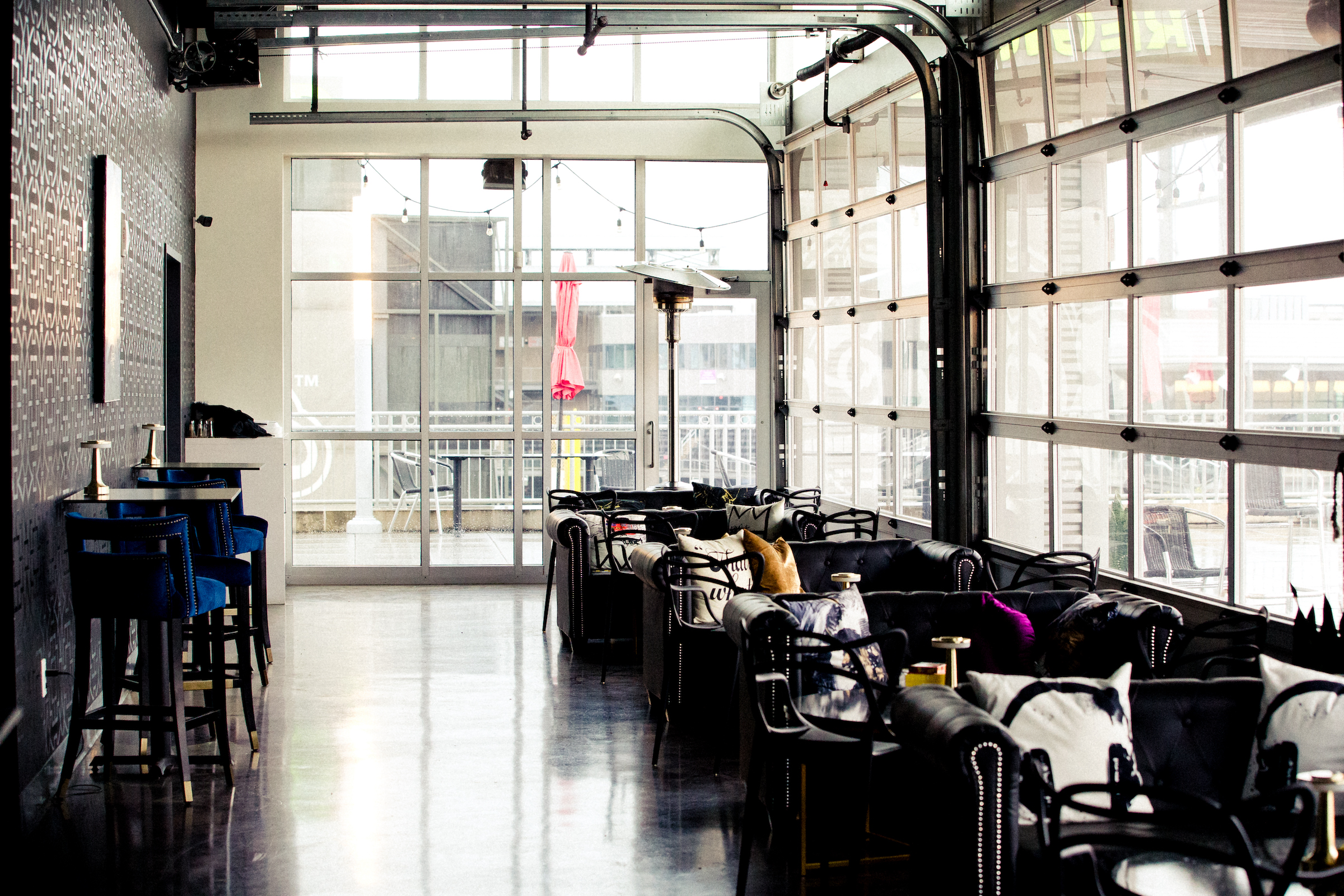 You wanted to pursue a career in medicine initially. How did you make a transition to culinary arts?

I had family members who were doctors, pharmacists, and physicians’ assistants. My grandmother was a PA at Montclair, and I’d go in for junior internships. I licked envelopes and filed until they trusted me enough to sanitize things. I’d ask patients if I could sit in the exam room with them, and a lot of them let me! I listened and learned, and at age ten I knew I wanted to be an OB/GYN.

I was finishing up at UAB and prepping to take the MCAT. I wanted to take a summer off to do something fun — kind of a shorter gap year, and I decided to go to culinary school. I took a tour and filled out some paperwork for a six-week program. I was also in the military at that time. I was supposed to be stationed in Kosovo for two years, so I didn’t enroll in classes, subleased my apartment, and gave up my car. Two days before I was supposed to fly out, I found out that I’d been put on a medical hold. I freaked out.

Serendipitously, I got a call from Culinard asking for my financial aid information to begin school. I told them I’d only signed up for a $200 class that summer. There was a clerical error, and I’d somehow been enrolled in their degree program that started in two days. The tuition was $30,000, and I didn’t have it. The admissions officer told me that another student had accepted a scholarship offer but dropped out. She said that if I could write an essay explaining why culinary arts was my career passion, the scholarship was mine.

I hadn’t ever considered culinary arts as something I could have a career in, and I had an epiphany at that moment. I realized I had always been preparing for this. I wrote that essay and sent it in. Two years later, I read it to my parents to explain why I was going to continue to pursue a career in culinary arts and not going to medical school. 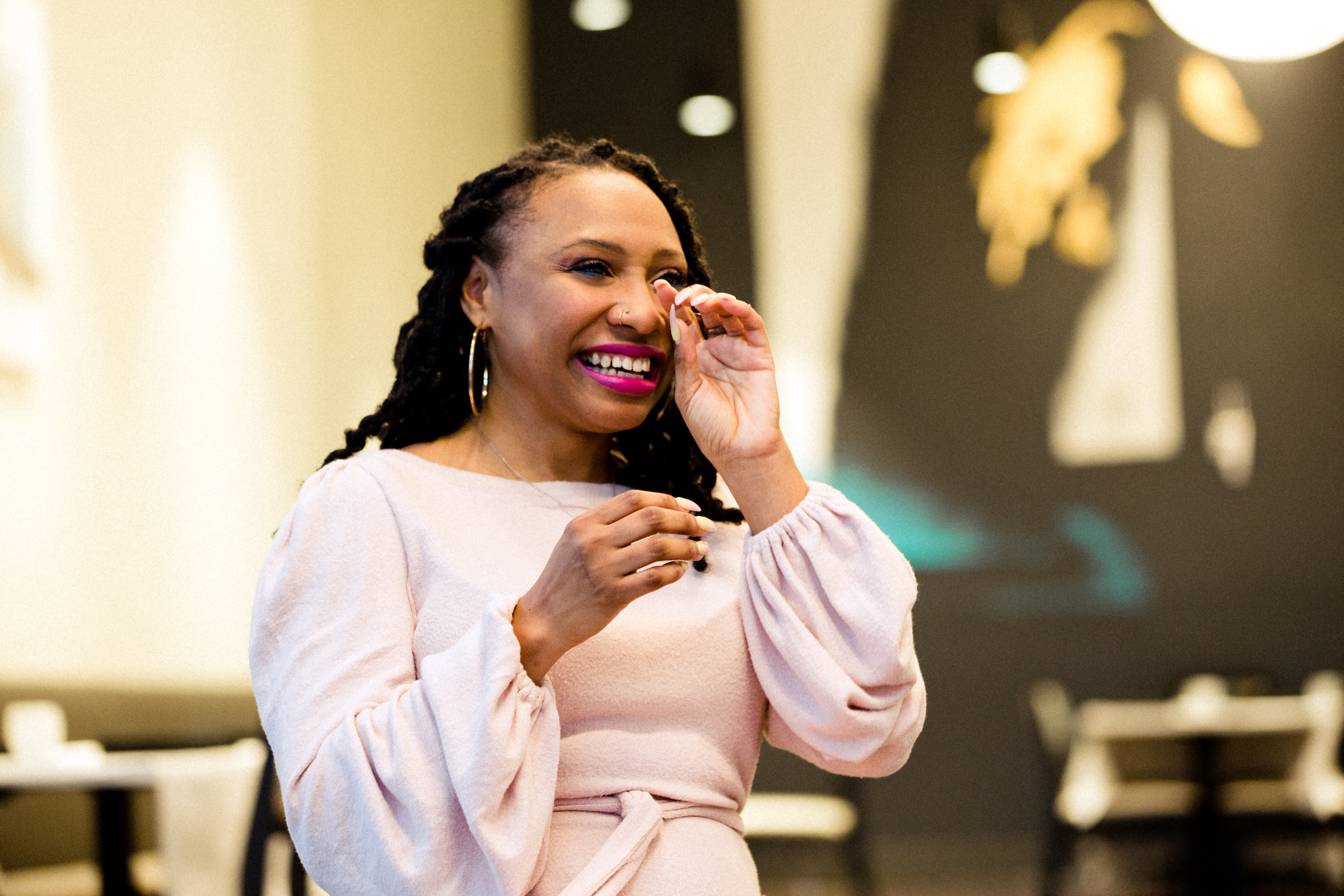 Oftentimes, important lessons we learn don’t come easy. Growth comes from overcoming challenges. What were some of the pivotal moments that carried those lessons for you?

During culinary school, I took on multiple jobs. I wanted to learn pastry arts, so I apprenticed at a bakery. I got a job at a group home to learn institutional cooking, worked as a server at a restaurant, and in a hotel learning how to operate culinary operations in that atmosphere. I was burning the candle at both ends and trying to figure out where I fit in the industry. Ultimately, I burned out and paid a price — missing out on important family matters and the death of my best friend because I felt so pressured to prioritize work over everything else.

There was so much that exploded at that moment of my life. One night, after work, on my way to see my brother for his birthday, I got pulled over for a headlight that was out. I ended up going to jail. That moment was so humbling. I wrote this letter to myself in there that I now jokingly call “Eryka’s Letter from a Birmingham Jail.” I thought through what I wanted my life to look like, and I wrote it down. I’d learned from trauma, and it was time to change my patterns.

How did you begin to change?

I was supposed to move to New York. But I stayed home. I reached out to friends and asked if I could cook for their dinner parties. I wrote a business plan. I wanted to be more than a caterer. I got a business license and ran a “pretend business” for a few years before I heard about Create Birmingham and CO.STARTERS. 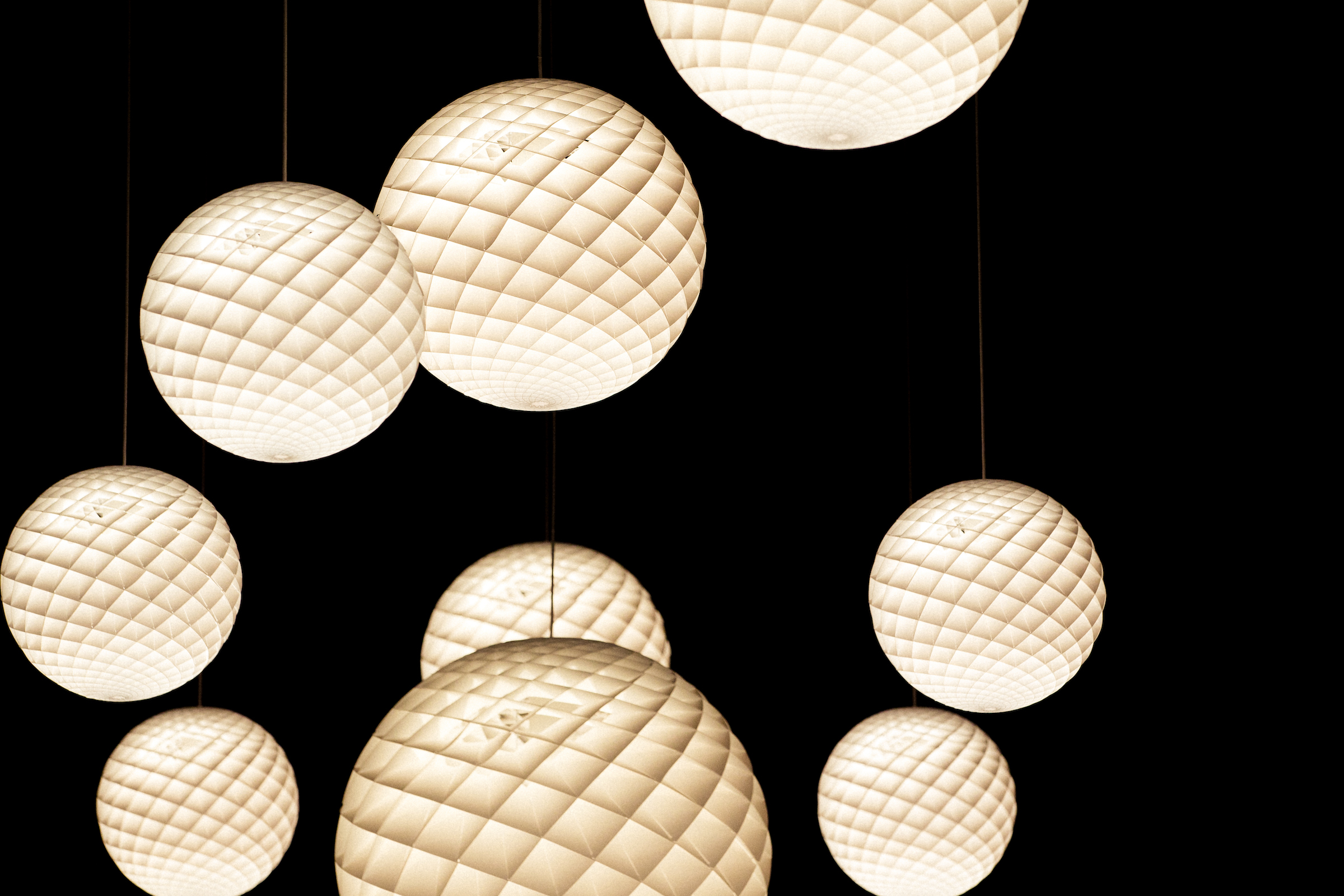 As a CO.STARTERS grad and, now, an active facilitator, what did you learn from your own experience, and what do you want to impart to those who are going through the program?

CO.STARTERS was pivotal for me. I’d already technically been in business for years, but I was just treading water. I didn’t have a plan to grow the model I’d created into anything more. I was just a smart girl with some fancy paperwork who could cook. I had a job where I employed myself and was still overworked. I wanted to help people have happy, healthy lives, but I also wanted to be a person with a happy, healthy life. CO.STARTERS helped me understand my value and figure out how to grow in a way that didn’t involve me working 80 hours a week.

I think financial success and emotional fulfillment are often sold as being mutually exclusive, but we get to choose our realities, and having both is possible. I truly believe that we have frequencies for how we think, behave, and succeed. Some factors affect those frequencies, and sometimes they’re not fair. But they can be removed. We get to own who we are and where we come from and apply that to where we are going. We get to control our destinies and our paths. As a CO.STARTERS facilitator, I try to convey this to the participants coming through the program. 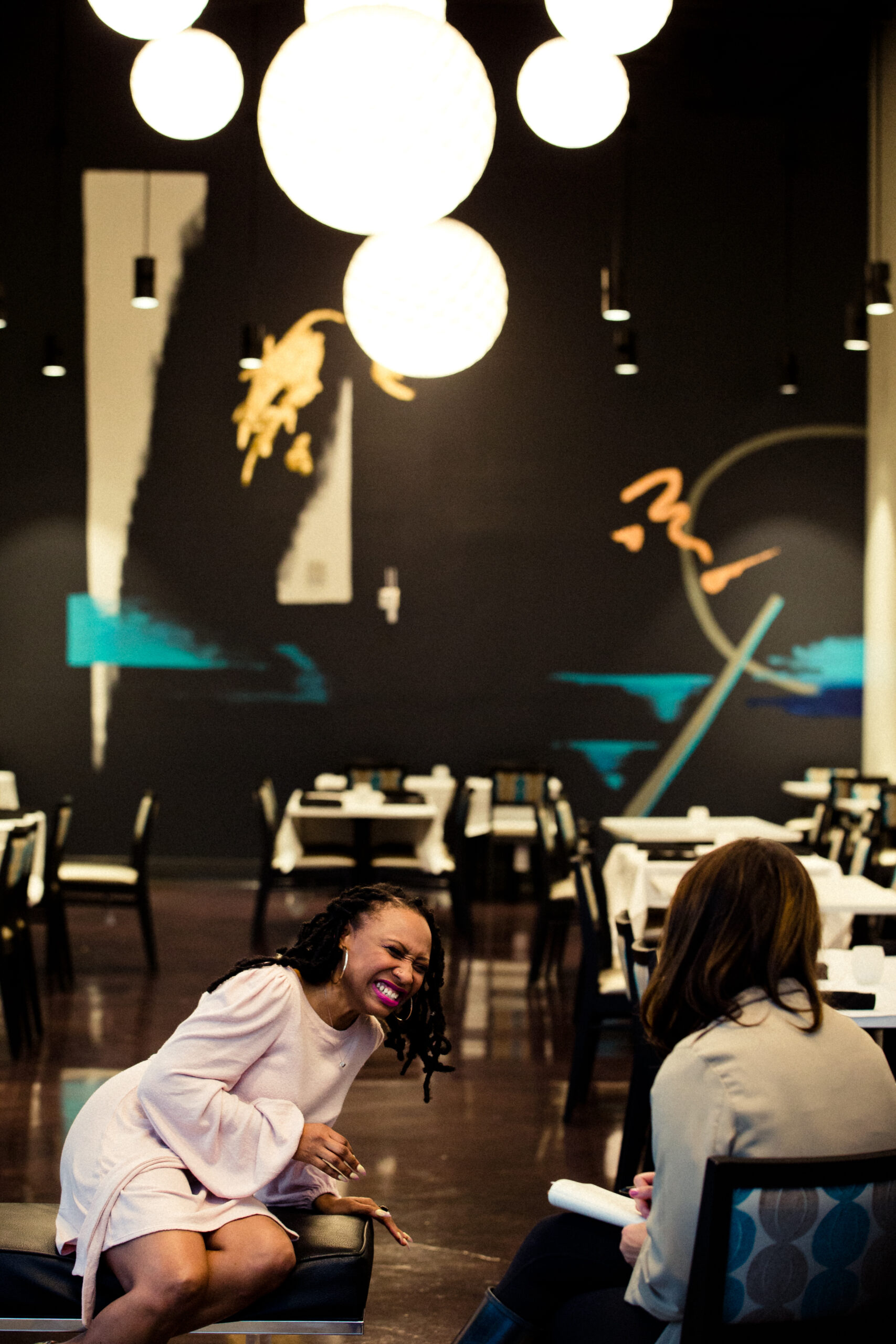 What inspires you as a chef, caterer, and health coach?

When I was working in hospitals — particularly with new mothers and babies – I was taking a nutrition class about how food works in the body. I’d been working in pharmacology in the military, so I had an understanding of how medicine worked in the body. One day, at the hospital, the doctor came in to advise a new mother on how to eat while breastfeeding. The cafeteria dietician brought in a meal that was in direct conflict with the doctor’s nutritional advice. That’s when I saw the disconnect in my two worlds.

My goal is to help others understand that food is medicine —it can work for or against us. Our backgrounds, triggers, goals, physical, mental, and emotional health are all connected. Food might be my medium, but connection is my art.