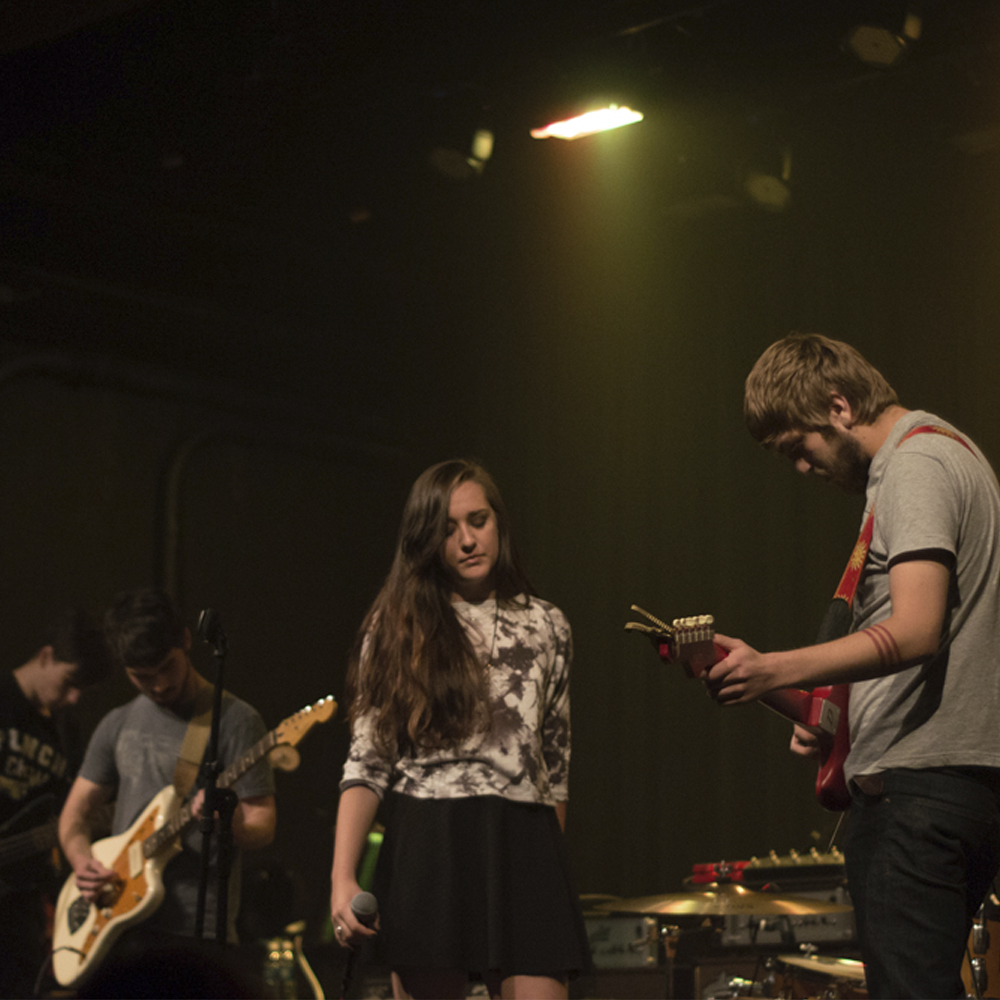 2. What would you like to see happen in Birmingham over the next 5 years?
We would like to see the city become the “place to be” in the South. We want our outstanding restaurants, artists, and music venues to gain the national recognition that they deserve. Birmingham is packed to the brim with some of the most positive, driven people ON EARTH. We want to see everyone in Birmingham work together to make our city what we all know it can be.

3. Who are some of your favorite local musicians or artists?
We really love everything that has been coming out of the Communicating Vessels label recently! (The Green Seed, Wray, Preston Lovinggood, etc.) The Green Seed are definitely our favorite Birmingham band. We recently got to see Plate Six play a secret reunion show at The Firehouse, which was a really special moment. Also, much love to our friends in Younger Siblings and White Sands Missile Range! As far as visual art goes, we’re really into the works of Chiharu Roach, John Lytle Wilson, and Merrilee Challiss.

4. Most of you recently graduated high school. What inspired you to play music at an early age?
Michael: When I was a kid, I felt like I was miserably bad at pretty much every extracurricular activity offered to me at the time. My dad used to play guitar sitting around the house all the time, and I sort of just picked it up from there. As time went on, I realized that I had finally found something I was good at, and I’ve been obsessing over it ever since. I like to think that the main reason I’ve been blessed with so many musical opportunities at a young age is that I’m just too impatient to wait. I looked at my musical idols and realized that the only thing separating “me” from “them” was effort.

Deanna: Music has always been a large part of who I am. I was always singing along to everything I heard when I was younger. It has always been my dream to be able to sing for audiences of more than just myself, and as soon as I realized that this was a definite possibility, I pursued that dream with everything I had in me.

5. Is there a show that you have played that stands out among the rest?
Opening for The Joy Formidable at Iron City’s One Year Anniversary was a pretty amazing experience! It was by far the biggest crowd we’ve ever had, and everyone was so supportive and welcoming. Birmingham is blessed to have such a well-conceived large-scale music venue in town that is also supportive of local talent. Much love to Iron City for having us!

6. What’s next for Velouria?
Right now, we’re in the process of writing and recording our first full-length album! We’re hoping to finish and release that before the end of the year. We’re also planning a few more tours in the Fall and continuing to play as much as we can in and around Birmingham.