"A lot of other cities build parks that are designed for tourists. But the primary focus of Railroad Park has always been our residents... We wanted to make sure that if you live in Birmingham, you know that this park is for you."

For the past six months, our city and the world around us have collectively experienced a profound change in the way we live, work, and perhaps most importantly connect with each other. In the midst of a global pandemic with limited understanding and evolving circumstances, the organizations and institutions we love, count on, and have maybe taken for granted need our support more than ever. When social distancing can feel socially isolating, many of us found an oasis in our city’s green spaces to exercise, unwind, learn, and feel connected. Camille Spratling, Executive Director of Railroad Park Foundation, understands the power of bringing people together and the integral role residents play in a city’s growth.

Birmingham is your hometown. What experiences influenced you to become interested in taking an active role in your community? 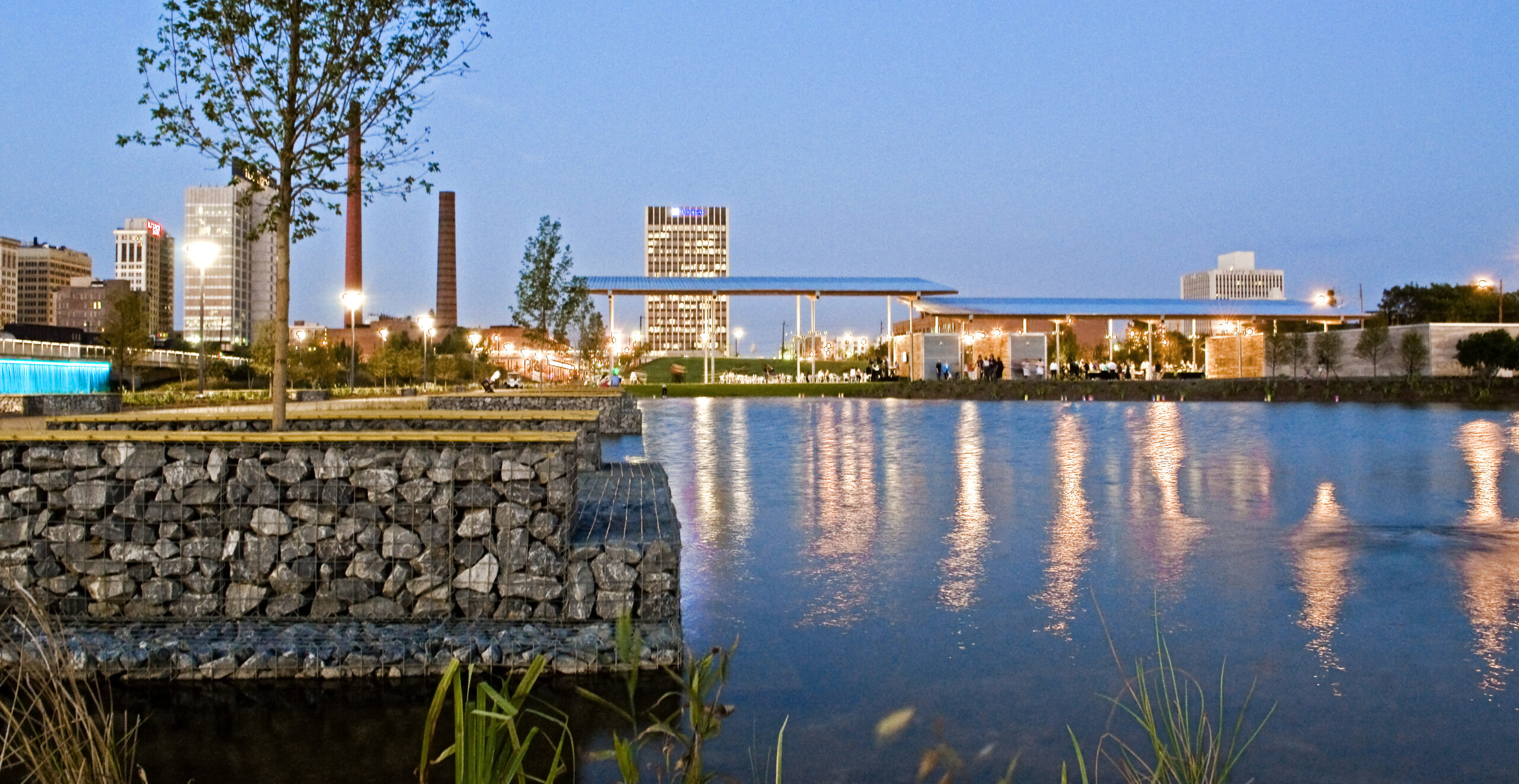 I grew up in Birmingham, and I was fortunate that I got to experience a lot of really special Birmingham things. My mom enrolled me in Ruffner Mountain Day Camp each summer and would take me to see the Alabama Symphony Orchestra once a year or so at the Birmingham Botanical Gardens. That made it all the more special to me when we had the Symphony concerts at Railroad Park. My mom was so intentional about making those experiences about connection to our community.

I went to Birmingham-Southern College and had a wonderful experience there, but I had it in my mind that I was moving on to other places and probably never coming back. I went to Philadelphia for two years and worked under the AmeriCorps umbrella. I had a really intense experience there and was planning to move to New York or DC. But some family needs brought me back to Birmingham. I thought it would be temporary. I got involved in the nonprofit sector through volunteering while a student at BSC, and that led to a job offer.

In those years, between 2000 and 2002, I realized Birmingham had so much going on and so much momentum with some really great nonprofits working towards positive change. That motivated me to be a part of the forward progress — which is something young people can actually be effective at in Birmingham, unlike other larger cities where you may or may not have a real shot at making an impact. I became involved in a number of nonprofits on a volunteer level and also worked in the sector at Children’s Hospital, the Birmingham Regional Chamber of Commerce, which has since become the Birmingham Business Alliance, and at my alma mater, which was very formative.

From working at the chamber and being involved as a volunteer, I began to notice there was interest and momentum behind the revitalization of our city for all. I decided to move downtown in 2005. I got involved with the Central City neighborhood association and quickly became an officer — mostly because no one else wanted to do it. It’s a pretty big job, and you don’t get paid for it, but I was young and eager, and a neighbor raised my hand for me at a meeting. At first, I thought, “Uh oh! What have I done?” But I ended up loving it and getting to know so many great people who were involved in such great initiatives throughout the city. I learned so much about how the city works, the important role of the neighborhood associations, and how important all 99 of Birmingham’s neighborhood associations are. Birmingham has one of the strongest neighborhood association programs in the country! It was fascinating and inspiring to witness the role citizens have to play in our city.

At the time, H.P. Brantley recommended me to Giles Perkins, who was president of what was then called Friends of the Rail Road District (FoRRd), which has since has changed its name to the Railroad Park Foundation. I remember feeling intimidated because I was young to be on this board with a lot of people who were more impactful and well-connected than I was. That was years before the park opened, but there was planning going on, and one of the things that struck me the most about the planning was there were more than one hundred focus groups throughout Birmingham asking residents what they wanted out of this space — how they would use it and what would they like it to be. That is at the core of the park now. A lot of other cities build parks that are designed for tourists. But the primary focus of Railroad Park has always been our residents.

In 2010, Katherine Billmeier — the park’s former Executive Director — wanted to focus her talent for building on the expansion of the Ronald McDonald House, and she trained me to step into her role and lead Railroad Park Foundation. She has been a friend and helper ever since.

What important lessons have you learned along the way? How have you navigated challenges before COVID?

An important point we realized early on was that in order to ensure that Railroad Park continued to be an inviting, welcoming place, we would have to program it in a way that communicated to Birmingham residents that we wanted everyone — regardless of income level, background, political leanings, whatever. We wanted to make sure that if you live in Birmingham, you know that this park is for you. We were intentional about our offerings, how we got the word out about what we were doing, and that most of our programs were free. But with a tiny staff, we couldn’t take on all of this programming ourselves, so we partnered with other nonprofits. They are our clients, but they’re also our partners! We give them a discount to host their events — whether it’s a run or a cook-off. It’s a great way to collaborate and foster that energy and spirit of community.

How has Railroad Park adapted in response to the past six months? What has been the silver lining? 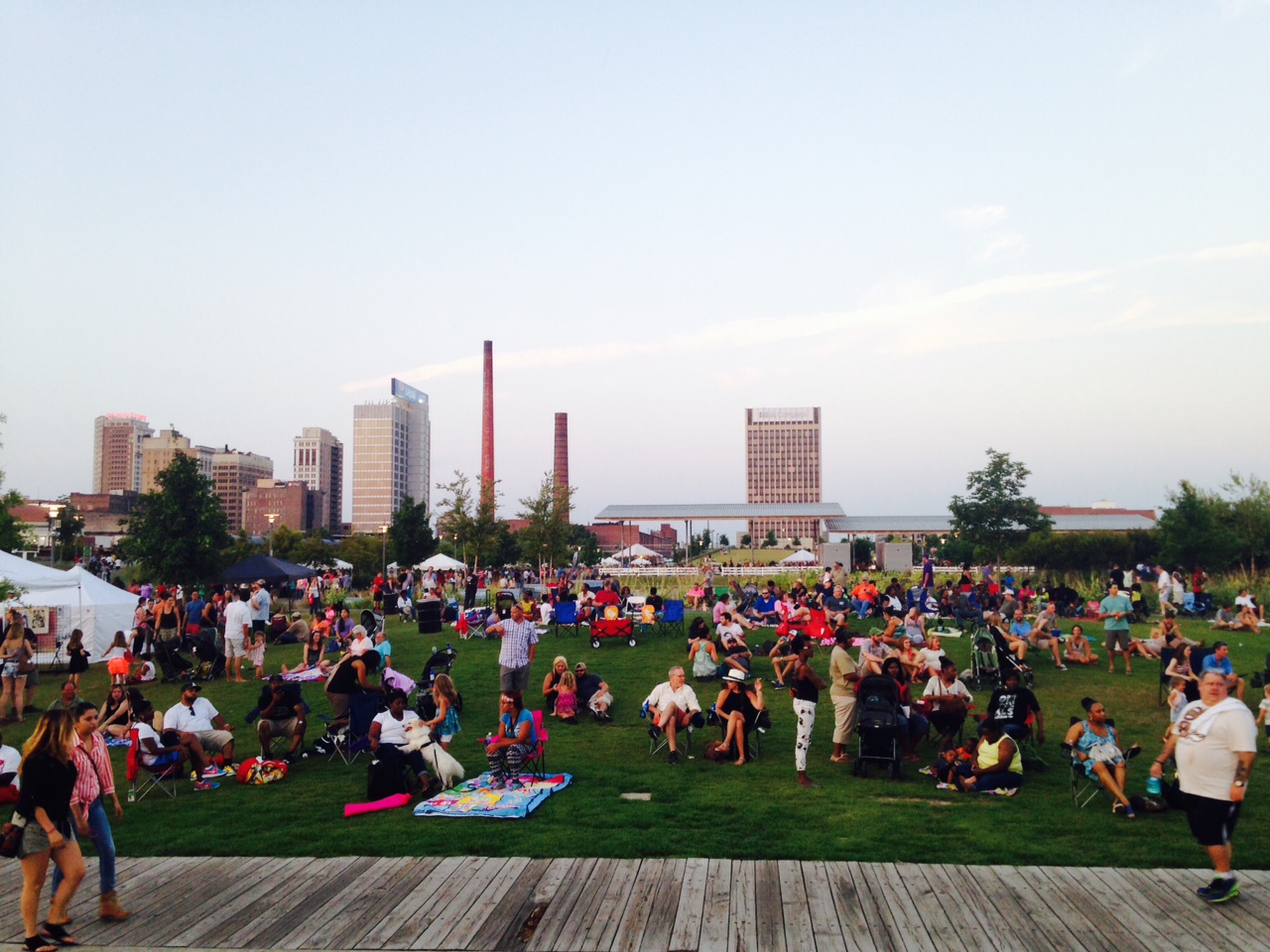 COVID has been challenging, of course, because we aren’t able to follow through with all the programming we had planned. We’ve been fortunate to adapt some of our offerings to a virtual platform. For many years now, we’ve had great support from Blue Cross Blue Shield of Alabama through “Get Healthy on the Railroad.” We have been able to transition all the virtual workouts, cooking classes, and recipes onto our website, and that’s been a positive application for the future as well! We still can’t have events at the park, but we have been able to stay open — with some rules for health and safety. We added some walking and workout prompts. It’s so great to see families doing those workouts together. We love when people share on social media how they are enjoying the park!

In addition to our health offerings, we had a series of financial forums in August with BBVA. They were free online classes that you could stream on your lunch break, covering topics like home buying and other practical, useful knowledge. We had really great participation, and it was exciting to see how well those workshops translated to an online platform. We obviously love and miss our in-person events, and we want to return to those, but in the meantime, we’ve learned that we can engage with people virtually who might not be able to make it out to the park.

This year, Railroad Park turns ten! That’s a big milestone! How do you plan to celebrate, and what are you personally proud of? 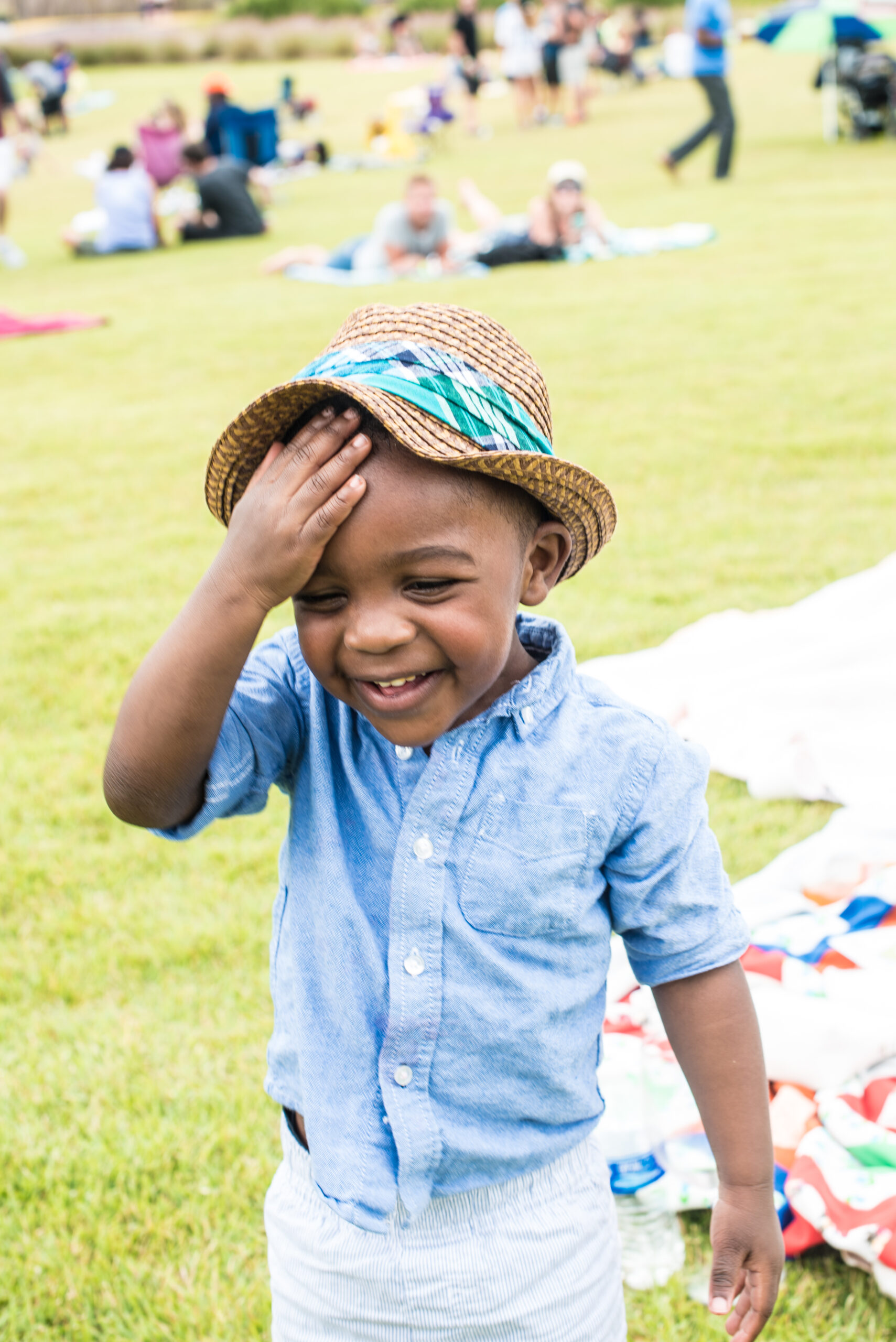 Since March, we have had increased visitorship, but our revenue stream and city support have been significantly reduced. That does matter, and we need support. We want to continue our mission of bringing people together in a calm, inclusive, beautiful, and educational atmosphere. We will celebrate our ten year anniversary next month, and while we can’t have the celebration we originally planned, we are hosting a fun and interactive virtual event on October 11th at 4 pm.

Our team has put together a one-hour program with memories, music, games, and trivia. The name of the event is Protective presents Picnic with Railroad Park, and we are inviting everyone to have their own picnics in their own homes and tune in! Everyone is invited to participate for free, but you can pre-order picnic meals for individuals up to parties of ten. Your purchase directly benefits local restaurants and Railroad Park.I’m proud of how we’ve been able to serve our community throughout the pandemic. It’s so encouraging to hear from healthcare workers at Children’s and UAB or patients and their families at the Ronald McDonald House that we are their respite. The park is over 19 acres, so we can accommodate visitors without compromising safety. It’s proven that being outside is good for your mental and physical health, and being able to see others in person — even if it’s at a distance — is so important right now.

You can learn more about Protective presents Picnic with Railroad Park here.