Create Birmingham, in partnership with CreateHubs leaders Eric Pertilla and Kristena Hatcher, is excited to launch a monthly comic strip competition and publication for the residents of Jefferson County, Alabama. This initiative is meant to encourage creatives of all ages to explore job opportunities and career pathways in creative industries. In an effort to better engage with role models in the industry, we are delighted to share all submissions with an outstanding group of industry leaders who will serve as judges.
Using a Four-Panel Comic Strip template, we encourage everyone to tell a story. 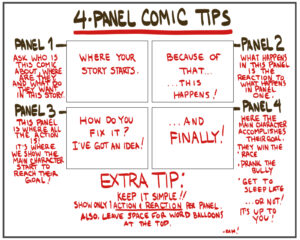 Make us laugh with a funny story. The weirdest thing that’s ever happened to you, a family tall tale, sarcastic animals telling jokes — whatever gets a chuckle!
Inspire us with a tale of heroism.  A figure from history, a fixture in your community, a character of your own creation — what do YOU find heroic?
Or surprise us with your own approach! The sky’s the limit!
For a sense of formatting and what can be done creatively with Comic Strips, please feel free to check out such daily strips as The Boondocks, The Far Side, or Phoebe and her Unicorn. Submissions should be original and must not incorporate any trademarked material (characters, names, logos, etc).
Comic submissions are due the first Friday by 11:59 pm CST every month. Winners are selected and announced the third week of each month. There will be up to one winner for each age group each month. The winner’s name and comic will be shared in the Create Birmingham newsletter and social media platforms. Applicants can share their social media handles if they want to be tagged.
Three age groups:
8-12: $25
13-16: $50
17+: $100
RULES FOR SUBMISSION:
For questions, email hello@createbirmingham.org

THIS MONTH'S PROMPT: Love is in the air!

Tell a story about people falling head over heels for someone special... or the heartbreak of unrequited desire!

Saladin Ahmed is an acclaimed novelist and poet with a reputation as one of the comics industry’s brightest talents. His fiction has been anthologized by George R.R. Martin, performed by LeVar Burton, and cited in the Dungeons and Dragons Player’s Handbook. His novel Throne of the Crescent Moon, praised by NPR as 'Lord of the Rings meets the Arab Spring,' was nominated for the Hugo, Nebula, and British Fantasy Awards, and won the Locus Award for Best First Novel. The critical praise continued wth his Marvel Comics debut, Black Bolt, which won the 2018 Eisner Award for Best New Series. Ahmed went on to chart the adventures of two of Marvel’s brightest young heroes in Miles Morales: Spider-Man and The Magnificent Ms. Marvel, and to co-create the Stoker-nominated horror comic Abbott at Boom Studios. Recent work has included the creator owned series Starsigns and Terrorwar, as well as episodes of Spotify's phenomenally popular podcast Batman Unburied.

Kristena Hatcher leads Content Creative Film Recruiting for Netflix, in addition to focusing on programming and event opportunities to attract and engage underrepresented development executives across all slates, including film, series, unscripted, animation, stand-up, and casting. Prior to Netflix, she established the People & Culture function for Acceleration Community of Companies (marketing, media, and comms start-up), and prior to ACC, she spent over 5 years at Creative Artists Agency (CAA) working in Talent Acquisition for Film and Television and Inclusion & Diversity. As a member of the Entertainment Industry College Outreach Program’s Advisory Board, she serves as a trusted resource helping fulfill the organization’s mission to be the conduit that bridges the gap between top qualified diverse candidates and the desire and commitment of the entertainment industry to develop a culturally and ethnically diverse workforce.

Compton, California native Ray-Anthony Height (writer/artist/creator) is a veteran comic book artist, character designer and founder of Studio Skye-Tiger. He’s also the creator of the comic Midnight Tiger and has worked at Marvel Comics on titles such as Amazing Spider-Man, Star Wars: Doctor Aphra, and Moon Girl & Devil Dinosaur, storyboards for Guardians Of The Galaxy The Animated Series, and worked with Hasbro designing toys for properties like G.I. Joe and Spider-Man.

Eric Pertilla is the Senior Vice President of Television Development and Production at Endeavor Content. Prior to Endeavor Content, Eric spent two years with the CBS All Access Development and Production team building out the streaming platform (now known as Paramount +), working across such series as The Twilight Zone with Jordan Peele, Star Trek: Discovery, The Good Fight, and Texas 6. Previous to that, Eric spent five years as a talent manager and then talent agent, shepherding the careers of writers, directors, actors, and producers. Eric got his start at the Walt Disney Company, working across the Disney Channel in Programming, Walt Disney Records in Marketing, ABC Comedy Development, and Walt Disney Studios Motion Picture Production.

Chris Robinson is the Exclusive Partnership Manager for Tapas Media. Formerly the editor behind Marvel's biggest and most beloved initiatives like Ta-Nehisi Coates's Black Panther, the Marvel Hip-Hop variant covers, and conceived Marvel's year-round celebration of diversity in print, the VOICES line of spinoff comics and graphic novels.

Tony Washington is a New York Times Best Selling Artist and Multi-Award Wining Illustrator and Music Producer. His work has been featured in World of Warcraft, Darksiders, Hearthstone and many other Entertainment properties including the award winning VR Magma Chamber for Mix Master Mike of the Beastie Boys. 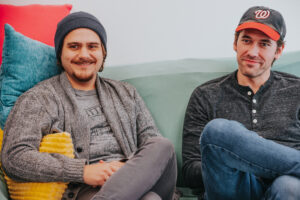 "When you’re shooting passively on the phone, you can be taking pictures, Read More 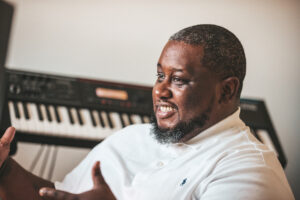 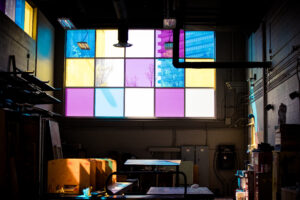 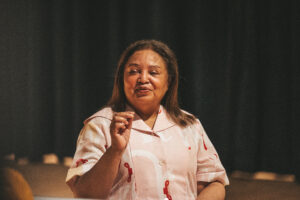